This article gives you a complete guide about the operating principles, different configurations, and constructions of a three-phase transformer.

Chapter 1: What is an Electrical Transformer and How Does It Work?

An electrical transformer is a passive machine that transfers electrical energy from one circuit to another using a magnetic flux to induce an electromotive force. Transformers are used to increase (step-up) or decrease (step-down) voltages without changing the frequency of the electric current. Also, since the two circuits or coils are electrically isolated from each other, transformers can be used for isolation. This is particularly useful for signal processing circuits.


The two windings are not in contact with each other but are connected by a closed magnetic iron core. It provides a path for the magnetic field to flow. Since the magnetic field is flowing through it and it is also a conductor, electrical currents are generated within. These circulating currents, known as eddy currents, cause energy losses and heating in the transformer. The eddy currents are reduced by increasing the resistivity of the core by using thin sheets or laminations.


The two windings are not electrically connected but linked by a magnetic field. Voltage can be increased or decreased in the secondary winding by altering the number of coils of a winding relative to the other. Since the transformer is considered a linear device, the voltage generated in the secondary winding can be predicted by determining the ratio of the number of turns of the windings. This is known as the turns ratio (TR). The ratio of the primary and secondary voltage is equal to the turns ratio.

Simply put, power is obtained by multiplying voltage by the current. A transformer without any losses can be considered as a constant power device, meaning the generated power in the secondary winding is the same as the power supply in the primary winding. Thus, to increase the voltage, the current must be decreased, and vice versa.


Common power ratings of transformers range from 88 to 99%. Power losses are attributed to iron or core losses, copper loss, stray loss, and dielectric loss. Core losses are from hysteresis and eddy currents. Hysteresis is due to the required power to reverse the magnetic field as it changes direction. This is given off as heat which will then be dissipated from the machine. Eddy currents, on the other hand, are produced by the magnetic field from the primary winding within the core and is not part of the current generated for useful work. As described above, eddy currents are minimized by using laminations.

Copper loss is due to the resistance of the copper windings. All conductors have electrical resistances which cause a voltage drop as an electrical current passes through it. This loss cannot be easily reduced since it requires increasing the cross-section of the conductor. Consequently, this will require a larger and more expensive transformer. This loss causes a release of energy from the windings in the form of heat.


Stray loss is from the leakage of the magnetic field that influences other conductive parts of the transformer. Since this magnetic field is weak compared to what is present in the iron core, the eddy currents produced cause negligible effect.

Single-phase and three-phase electrical systems use alternating current (AC). AC is a form of electricity that is constantly changing amplitude and direction, usually characterized by a sine wave. Though other waveforms can be created such as complex, triangular, and square waves. AC signals have three main properties: period, frequency, and amplitude. Period and frequency describe the time component of the wave, while the amplitude describes the strength or magnitude of the electricity.

One complete AC waveform has a peak and a trough. For a 360° cycle, this occurs at the 90° and 270°. A single-phase electrical system has a current with one peak and one through flowing on a single conductor. At these points, the amplitude is greatest but in different directions. For three-phase systems, the current has three peaks and three troughs flowing on three separate conductors. These currents are out of phase by 120° from each other. In three-phase electrical systems, it can be observed that the greatest amplitude is reached more frequently for a given period. This helps deliver power at an almost constant rate.

The two main forms of three-phase connections are delta and star. The delta connection, also known as mesh connection, consists of three windings connected at the ends of each other forming a closed loop. These ends are connected to a terminal. It can be observed that there is no neutral point. Grounding connections are used instead. Delta connections can also be configured as high-leg systems by grounding the center point of one phase. In this configuration, the voltage measured across the line opposite to the center-tapped phase and ground is higher than measured across terminals.

Using either delta or star connections has its advantages and disadvantages. To further understand, it is best to know the difference between phase and line voltages and current. Phase voltage and current are measured across a single component. The line voltage and current, on the other hand, are measured across two terminals. Phase and line relationships of delta and star connections are summarized below.

In star connections, the line and phase currents are the same while its voltages differ by a factor of √3. Hence, it is possible to supply power with different voltages without the need for additional transformers. For example, a 230V star circuit can also supply 400V. The 230V supply can be obtained by connecting from a phase terminal and neutral, while the 400V are from connecting two phases.

For delta connections, the line and phase voltages are the same, but the currents differ by a factor of √3. The line current of a delta connection is larger than the phase current. Because of this, to supply a given power, thicker insulation is required. Star connections are preferable to use for power transmission and distribution networks since they use less insulation material.

An advantage of delta connections is reliability. If one winding of the primary side fails, it is still possible for the secondary side to supply the same voltage provided that the remaining two phases can carry the load.

In a three-phase transformer, the primary and secondary sides can either have the same or different configurations. There are four permutations possible: star-star, star-delta, delta-star, and delta-delta.

Chapter 5: Parts of a Three-phase Transformer

In the previous chapter, the windings and cores are discussed in detail. Other parts are just as important. This chapter mentions the other parts of a three-phase transformer. 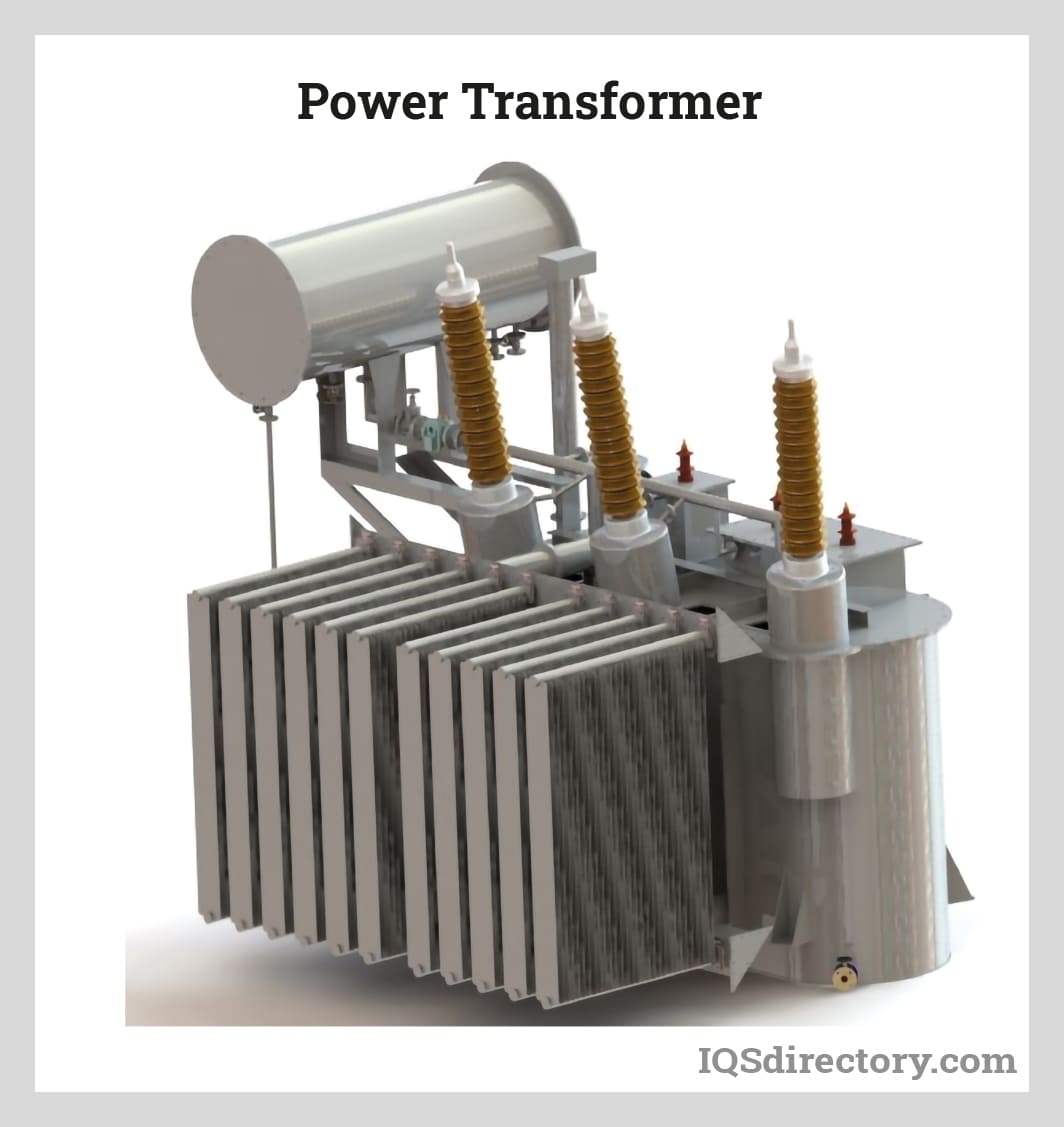