Wind Energy: The Path to Creating A Cleaner Earth 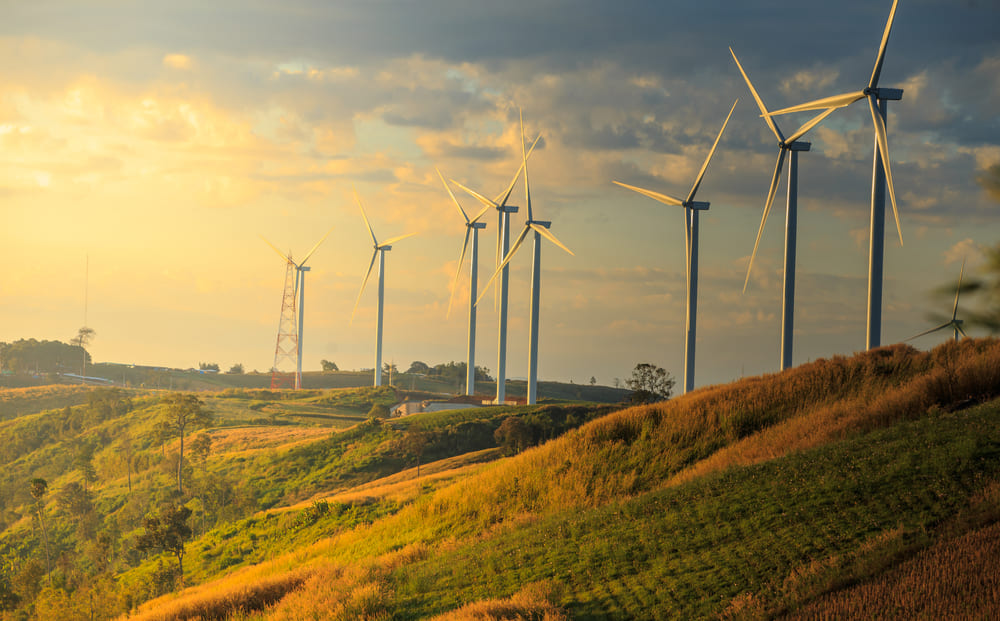 As climate change and global warming are bearing down on the planet, the calls for renewable, sustainable sources of energy are becoming too loud to drown out.

We need ways to generate power that don’t rely on burning fossil fuels that release noxious gases into the air.

And while solar energy was the first renewable energy source, wind is now becoming a strong contender for easing our need for fossil fuels.

Let’s examine how wind power could be the path to creating a cleaner earth.

How Do Wind Turbines Work?

Wind is a free, clean, renewable energy source. Wind turbines around the world are capturing the wind’s power and transforming it into electricity, with over 35,000 wind turbines operating around the globe.

To harness the power of wind currents, a turbine’s blades spin clockwise, capturing energy. The main shaft is triggered to spin, which is connected to a gearbox within the nacelle. The gearbox directs the energy to a generator, converting it to electricity. The electricity then enters the power grid.

Wind energy’s potential is huge. There is so much possibility for real growth in the future of this renewable power, and wind turbine manufacturers are racing to develop larger, more efficient wind turbines to serve the public need for electricity.

Modern electric wind turbines vary in styles and sizes, depending on how they are used. The most common “horizontal axis design” is the most frequently seen and used, with two to three blades that spin upwind of the tower it is placed on.

These horizontal axis wind turbines are made of three large parts: the blades, the tower, and a box behind the blades: the nacelle. The nacelle is where motion is turned into power. Large turbines have hydraulic controls that position the blades into the wind.

The blades are attached to an axle that connects to a gearbox, and the gearbox controls the speed of the blades’ rotation, from 50 rpm to 1,800 rpm. The spinning shaft spins inside the generator, producing electricity.

However, electricity without the right frequency and voltage will not be compatible with a utility grid. The speed of the generator will vary based on wind speed, which produces fluctuations in the power output.

The largest wind turbines are used by utility companies to provide electricity to a power grid. These turbines range from 250 kilowatts all the way up to 3.5 to 5 MW machines used offshore. In 2009, the average land-based wind turbine could create 1.75 MW. Utility-scale turbines are placed in groups or rows called wind farms. These farms often consist of hundreds of turbines, creating electricity to power thousands of homes. 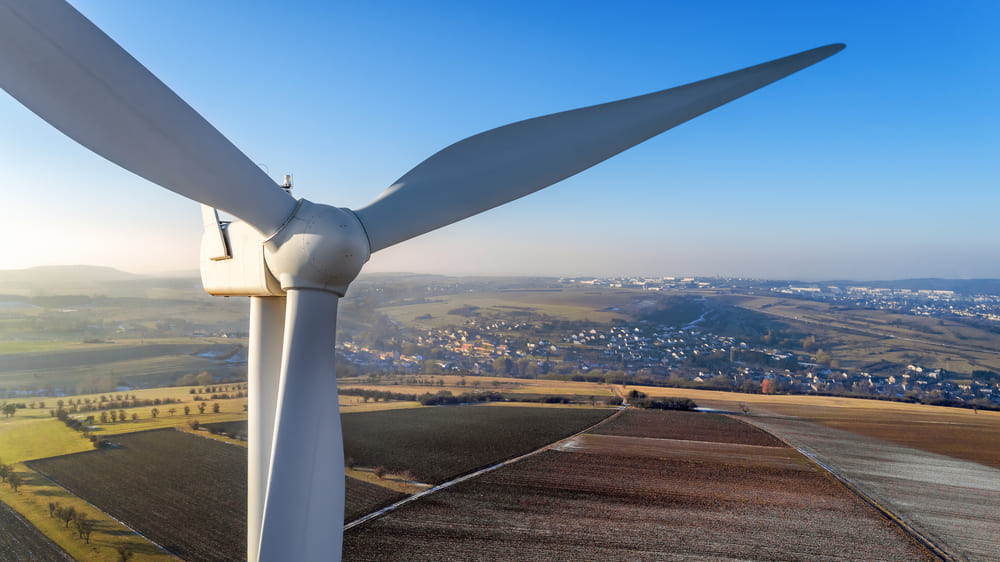 The largest wind turbines generate enough electricity to supply 600 U.S. homes with electricity for a year. Wind farms with hundreds of these turbines can power thousands of homes. Smaller, single turbines placed in a backyard can create enough power for a single home.

But, they must first catch the wind to create power.

So, for wind turbines, placement is everything. To build an efficient wind farm, utility companies need to know how much wind passes through an area, how fast or slow the winds are, and how long those speeds last.

Wind farms are the most cost-efficient use of wind-energy. Most utility-scale wind turbines have power volumes between 700 KW and 1.8 MW, and they’re placed for maximum capture of available wind resources. The turbines are spaced far apart in rural areas with high wind speeds; agriculture development around wind farms remains largely unaffected due to the small footprint of the turbine towers.

Now we know wind is a viable solution, we must figure out how much it will help us. 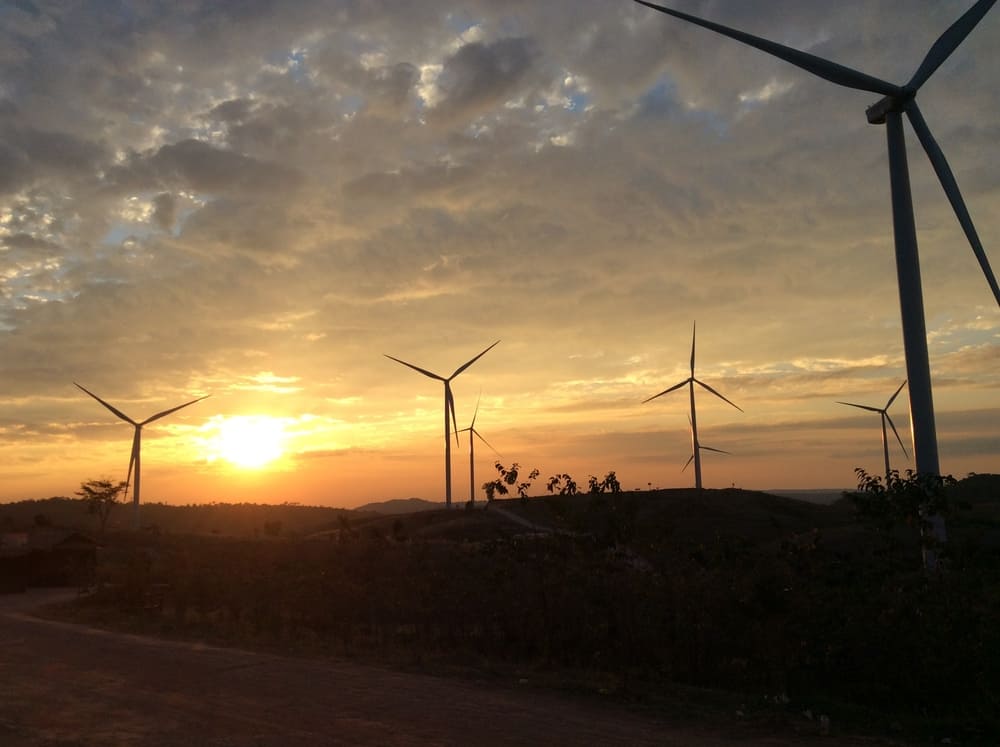 Wind power has the potential to help us reduce our dependence on fossil fuels. In 2018, the state of Texas reached a critical juncture: their use of wind power surpassed their use of coal and became the second-largest electricity source in Texas.

A 155-megawatt wind farm in West Texas helped increase the state’s wind power capacity to more than 20,000 megawatts, according to the Electric Reliability Council of Texas. And this is just the first state in America to reach this goal.

The current total electricity generation in America is approximately 3.6 trillion kWh annually. Wind power could potentially generate far more than 1% of that electricity. According to American Wind Energy Association, “the estimated U.S. wind-energy potential is about 10.8 trillion kWh per year — about equal to the amount of energy in 20 billion barrels of oil (the current global yearly oil supply).

The comparison between wind power and the burning of fossil fuels leaves no doubt:

Additionally, wind power requires essentially no water to operate. This leaves our waterways free from industrial pollution and does not strain supplies by competing with drinking water, agriculture, or other water needs. This is just one of the many benefits of wind energy.

The Enormous Benefits of Wind Energy 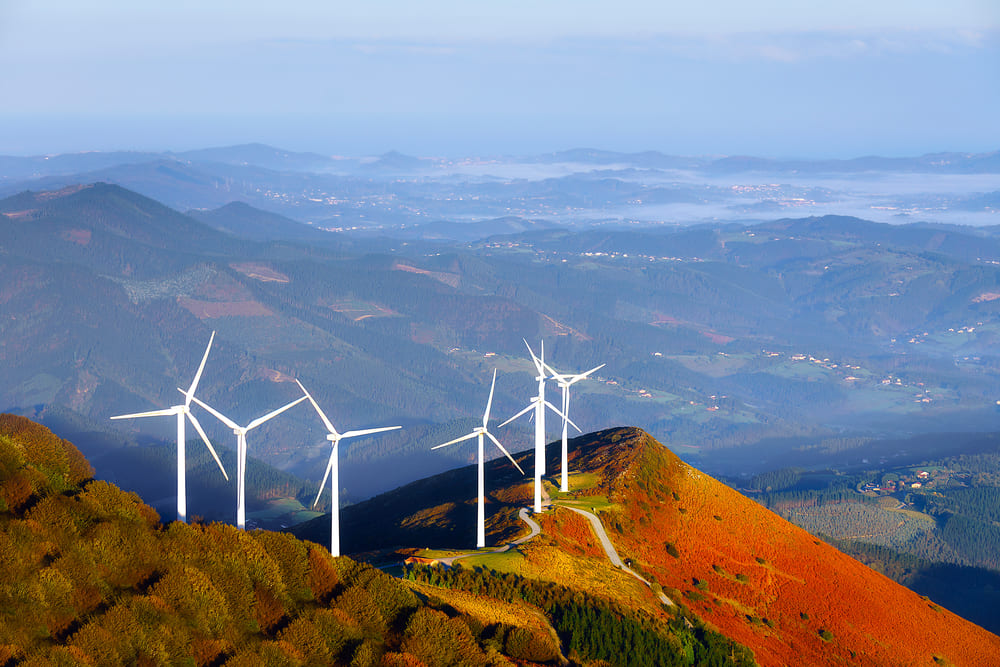 While it is clear wind energy is certainly an attainable goal for sustainable energy, consumers want to know the benefits they can expect.

Government incentives for all wind turbine producers allow for the economic feasibility of a wind-power system. Some of the current economic incentive programs run in the United States for renewable energy systems are certainly worth considering:

Production Tax Credit: Basically, wind-power generators, usually businesses, receive 1.8 cents (as of Dec. 2005) per kWh of wind energy produced for wholesale distribution during the first 10 years the wind farm is up and running.

Net metering: Individuals and businesses producing renewable energy receive credits for each kWh they produce above and beyond what they need. As an individual or business produces more electricity than needed, the power meter runs backwards, transmitting the extra electricity to the nearest power grid. The owner then receives credits for the electricity sent to the grid, which count as payment toward any future electricity drawn from the grid when the turbine can’t provide enough power.

Installation tax credits: The federal government and some states offer tax credits for the costs of setting up a renewable-energy system. Maryland, for instance, offers businesses or landlords a credit for 25 percent of the cost of purchasing and installing a wind-turbine system if the energy-supplied building meets certain overall “green criteria.”

But replacing fossil fuels isn’t the only benefit: on average, more jobs are created for each unit of electricity generated from renewable sources than from fossil fuels.

Renewable, sustainable energy programs already support thousands of jobs in the United States. According to ucsusa.org, “In 2016, the wind energy industry directly employed over 100,000 full-time-equivalent employees in a variety of capacities, including manufacturing, project development, construction and turbine installation, operations and maintenance, transportation and logistics, and financial, legal, and consulting services. More than 500 factories in the United States manufacture parts for wind turbines, and wind power project installations in 2016 alone represented $13.0 billion in investments.”

As mankind moves towards renewable, sustainable energy, the advances in wind power are offering new opportunities. It offers us a chance to reduce our dependence on fossil fuels, and it has created a new industry offering more jobs.

If we can harvest wind energy cleanly, we can stop polluting our planet and maintain a healthy environment for all its inhabitants.