In this article, you will learn about high shear mixers. This comprehensive guide offers you the following:

Chapter 1: What is a High Shear Mixer?


Shearing forces mixing the components are generated by the relative motion of the rotating and stationary parts of the mixer. The rotating parts may be one or a set of impellers, paddles, or screws. The stationary parts, on the other hand, are the walls of the tank or chamber, and in some designs, baffles, and vanes.


High shear mixers are usually used in the manufacturing industry where different components or ingredients are mixed, such as food manufacturing, pharmaceuticals, cosmetics, plastics, and so forth. The principle of high shear mixers can also be seen in chemical and petrochemical plants where they are used to aid in the reaction process.

A fluid is any liquid or gaseous substance that is free to flow and is not bound nor restricted by any surface effects. The study of the behavior of fluids is known as fluid mechanics. Fluids, like solids, can experience force, stress, or pressure. A flowing fluid experiences shear stress, which is the driving principle of high shear mixers.


The moving body and the fluid molecules in direct contact have the same velocity which is known as the no-slip condition. Intermolecular forces act between the fluid molecules and the surface of the body, known as the boundary layer, resulting in attraction. Once a steady state is achieved, the velocity profile is linear. There is no more acceleration and no more force to deform or shear the fluid. Motion is transferred across each layer of the fluid and is countered by its viscosity.

Laminar flow happens when the fluid is flowing evenly without any disruption across these layers. Adding different bodies to cause shearing forces acting in different directions disrupts this flow. This type of flow, known as turbulent flow, is chaotic causing mass transfer across the fluid layers. Uneven flow across layers of fluid also causes mass transfer. This is effective in breaking up droplets suspended in the mixture causing emulsion, dispersion, and homogenization of the components.


High shear mixers generally have two main parts: the rotor and the stator. This assembly is known as the mixing head or generator. The rotor accelerates the fluid tangentially. The inertia of the fluid, keeps it from flowing together with the rotor. The fluid flows towards the shear gap or the region between the rotor tip and the stator. Inside the shear gap, high velocity differentials and turbulent fluid flow is present producing high shear rates.


The rotor and stator profile, their configuration relative to one another and other features such as holes and slots, contribute to creating the desired fluid flow depending on the application. Below are some of the processes performed by high shear mixers.

Most manufacturers advertise their equipment of being able to do all these functions. This is partially true; any mixer can do these but at low efficiencies. High shear mixers are carefully designed considering the phase of the dispersed particles, the fluid viscosity, the required particle size, and so on. Computational fluid dynamics (CFD) analysis is done to simulate the operation of the mixer to determine the optimum geometry of the rotating and stationary parts.

This chapter categorizes high shear mixers according to their configuration. All these types can perform different mixture processes as described previously, each with its own degree of efficiency. Moreover, mixer configurations are application dependent. For example, batch shear mixers may not be applicable to pharmaceutical industries due to its susceptibility to contamination; nor an ultra-high shear mixer for paint or ink production.

Chapter 4: What is Equilibrium Mixing?

This concept is important for scaling up the volume of a given rotor-stator mixing head. From empirical tests, a particular configuration of a mixing head may reach equilibrium mixing for a given time. However, upscaling the volume may lead to different results. Equilibrium can be reached much faster in a small-scale mixing head than a scaled-up full production unit.


A high-pressure homogenizer usually consists of high-pressure tanks containing each component of the mixture. The pressure in the tanks is usually around 15 to 40 bars. The mixture is then forced into a valve or channel with narrow slits establishing high shear stress. The resulting droplet or particle size can be adjusted by changing the pressure and power input. An advantage of this technology is microbial safety because of its closed system. Charging of components is done in separate vessels lessening the risk of product contamination. Another benefit is its ability to achieve precise control and repeatability, real-time response to parameter changes and the ability to charge the components separately through individual pumps. A downside to this set-up, however, is the large initial cost as compared to high shear mixers. Also, more than one pumping unit is necessary, meaning a larger area is occupied.

There is a wide range of high shear mixer applications under this category. High shear mixers used in the food industry can create emulsions, suspensions, powders, and granules. A popular application is the manufacture of sauces, dressings, and pastes. Most of the ingredients are composed of solid particles, and immiscible liquids such as oil and water.

Some ingredients are more difficult to process such as ketchups, mayonnaise, and doughs. These liquids and semi-solids have viscoelastic properties which require a minimum force before creating flow. This requires specialized rotor-stator mixing heads.

Like in the food industry, pharmaceuticals deal with different types of mixtures. Inline high shear mixers are used due to its closed system eliminating any intrusion of contaminants. All pharmaceutical products such as tablets, syrups, suspensions, injection solutions, ointments, gels, and creams go through a high shear mixer, all of which have varying viscosity and particle size.

Paints (latex) are known to be a non-Newtonian, thixotropic liquid. This makes paints difficult to process. Paint thins as it is being sheared, either by processing or by end-use. Mixing time for these fluids are carefully controlled to prevent over shearing.

Viscosity of inks (printer) is the opposite of paints. Inks are considered rheopectic. Rheopectic fluids thicken as it is being sheared, making the mixing process time dependent.

Applications under this category include combining resins and solvents for casting or injection molding, modifying oil viscosity, emulsifying waxes, asphalt production, and so forth.

Acoustic mixing offers an alternative method to high shear mixers for "emulsifying, homogenizing, dispersing, grinding and /or dissolving immiscible mixtures with components of the same or different phases". The technology uniquely employs an acoustic field to efficiently mix materials. The acoustic field has been proven to be highly effective for a myriad of hard to mix and high viscosity materials that normally require high shear mixer technology to be mixed.


The acoustic mixing process is energy efficient, is very rapid (10 to 100 times faster than conventional mixing), typically imparts little heat into the mix, is highly repeatable from mix-to-mix and has the capability to virtually mix any combination of materials. The Acoustic Mixing technology rapidly mixes materials ranging from 1 cPs to several millions of cPs without the adverse effects caused by high shear mixers.

The acoustic mixing process scales from bench to commercial batch systems and is also directly scalable to continuous operations, all of which can include clean in place capabilities and no rotating hardware to clean. 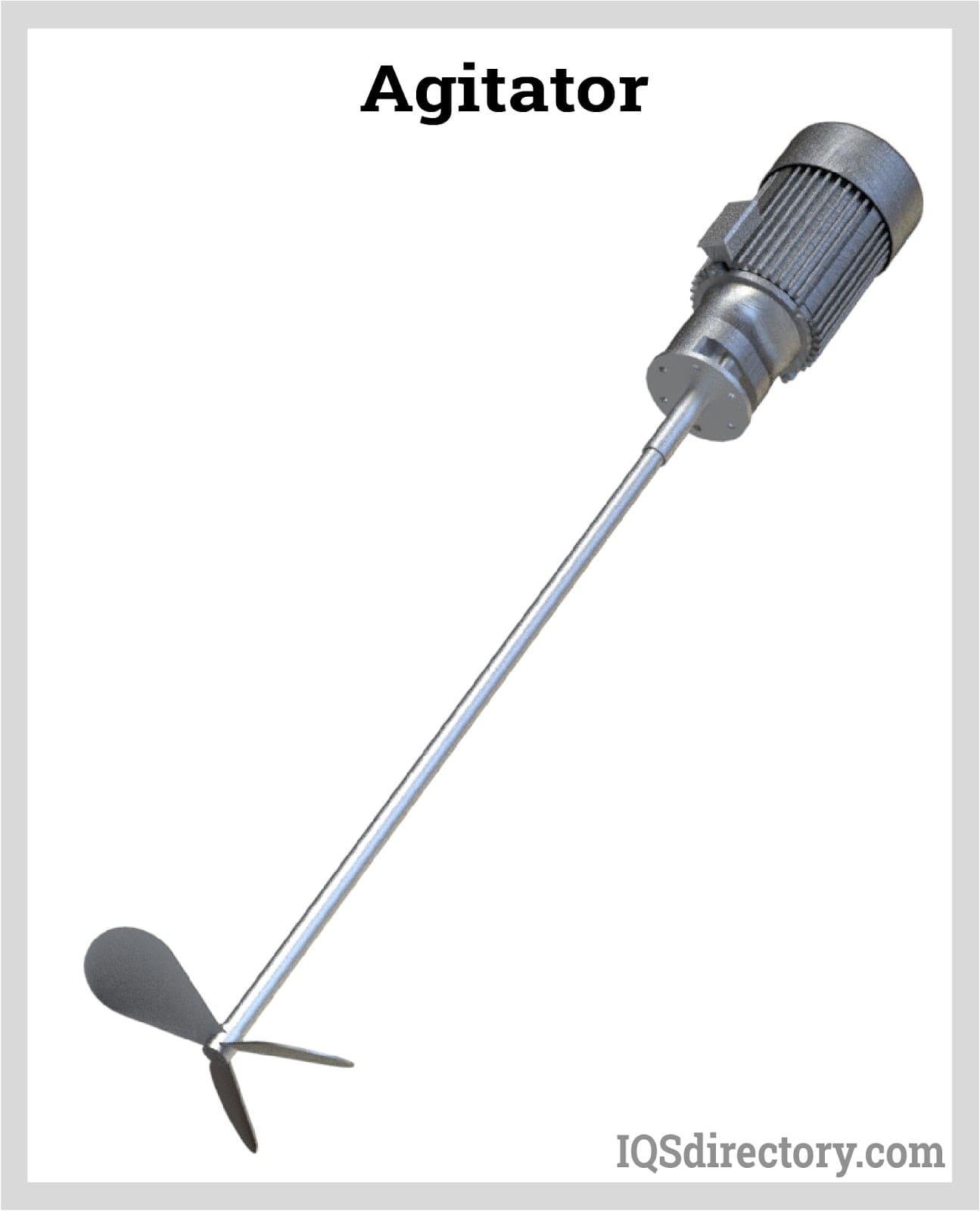 Agitators are equipment used in homogenizing media inside a tank. It works by rotating the impeller at its immersed end at a controlled speed or revolutions per minute (rpm). The work exerted by... 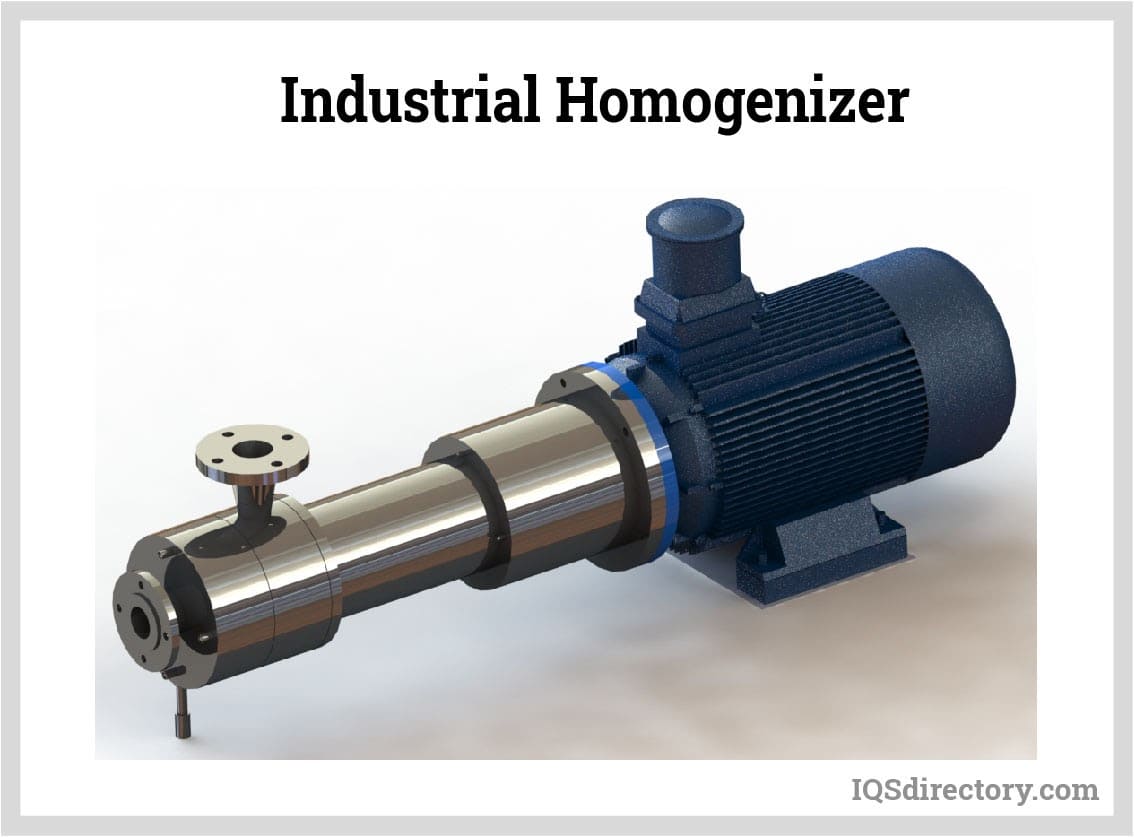 A homogenizer is a type of mixing equipment used to create a uniform and consistent mixture. It works by breaking the components and evenly distributing them throughout the solution. The components are either immiscible, have varying sizes, or are in different phases from each other... 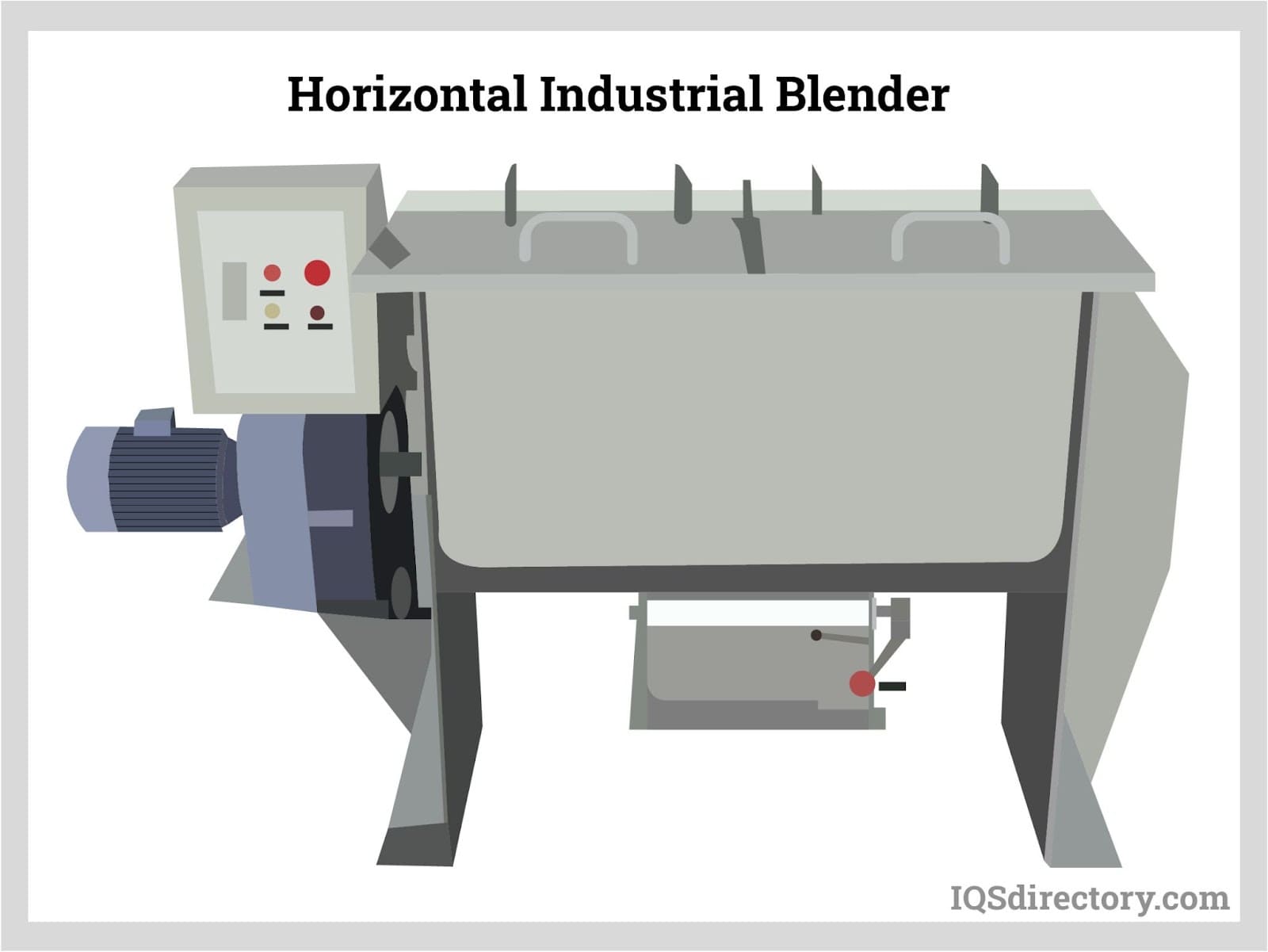 An industrial blender is a machine for large-scale production that consists of a large tank capable of mixing and blending batches of manufacturing materials to create a reaction between the materials. The many uses for industrial blenders are due to their capacity and... 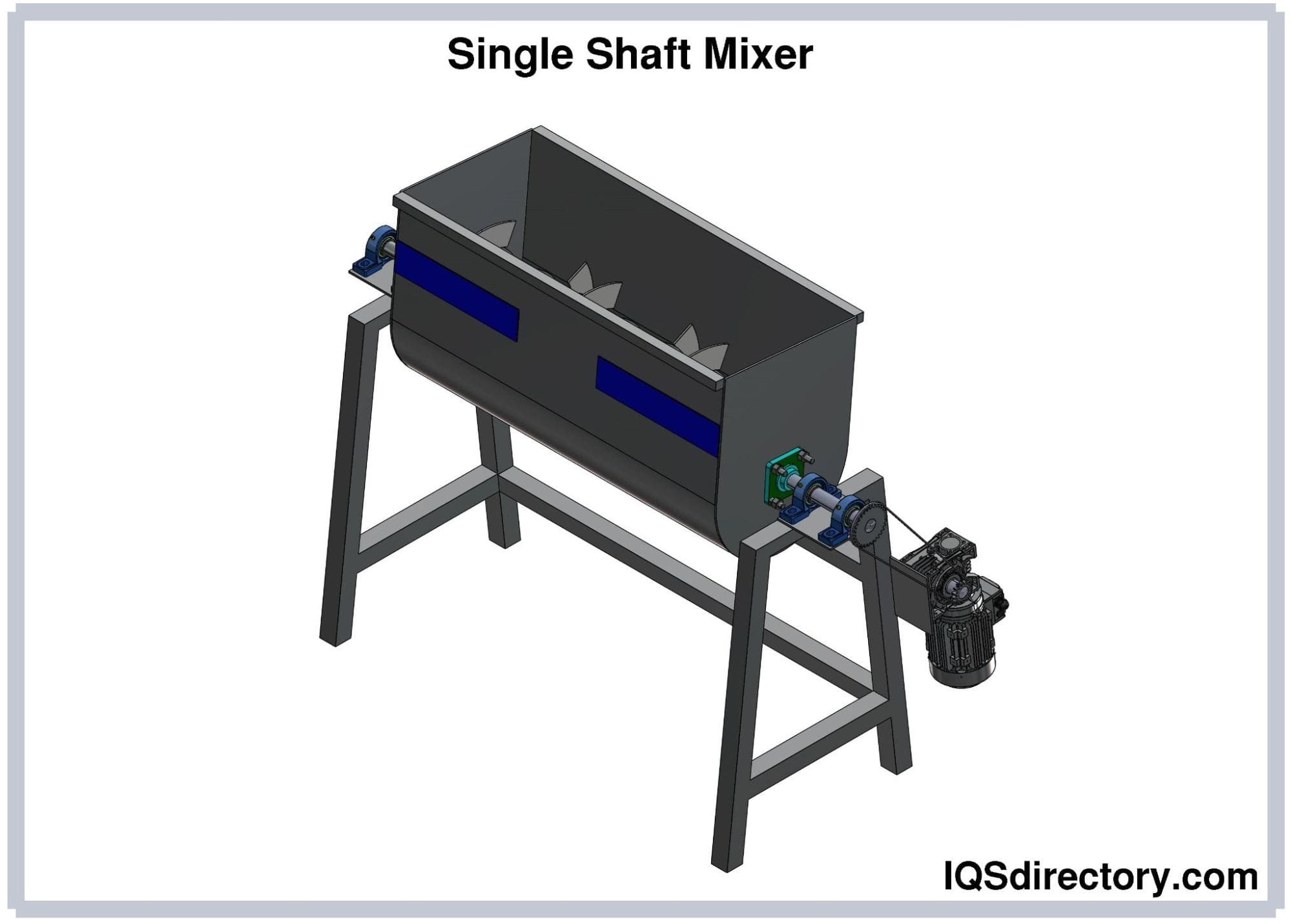 A mixer is a complex and precise tool that is used in combining and mixing of substances and chemicals for manufacturing, production, and industrial use. There are many types of industrial mixers including... 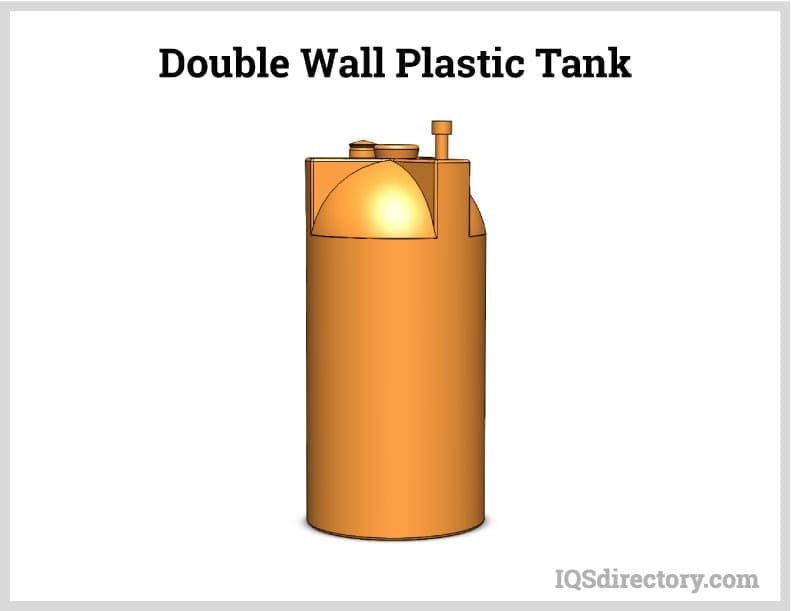 A plastic tank is a large capacity liquid or granular storage unit that can be vertical, horizontal, below or above ground, as well as movable. They are designed to hold several gallons of a variety of substances for long periods without experiencing wear, weathering, or deterioration... 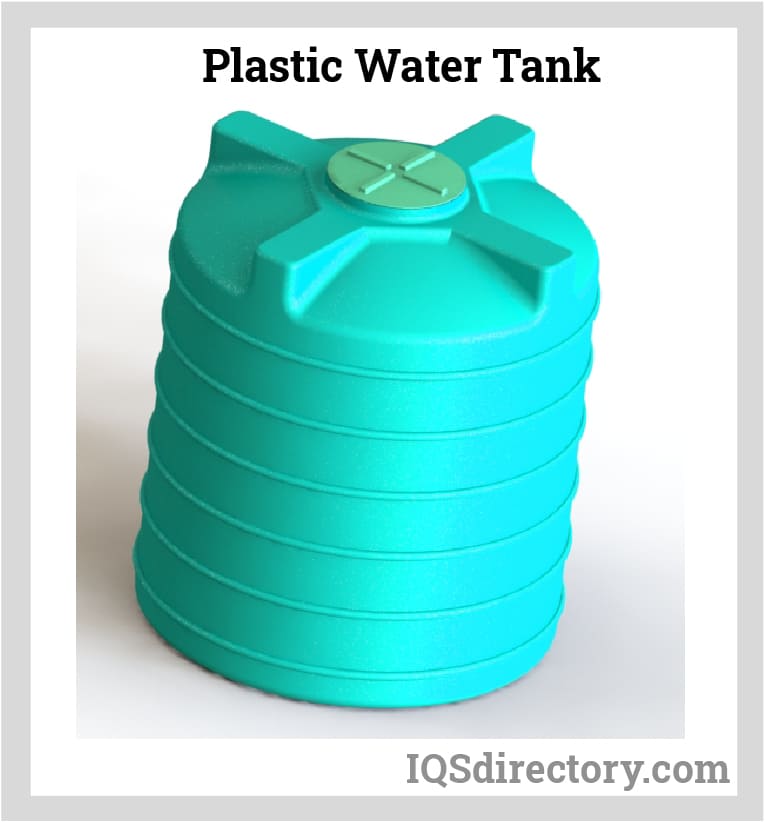 A plastic water tank is a large capacity container designed to store water for household, agricultural, irrigation, and industrial manufacturing use. There are various types of water tanks produced to meet the needs of specific applications, with... 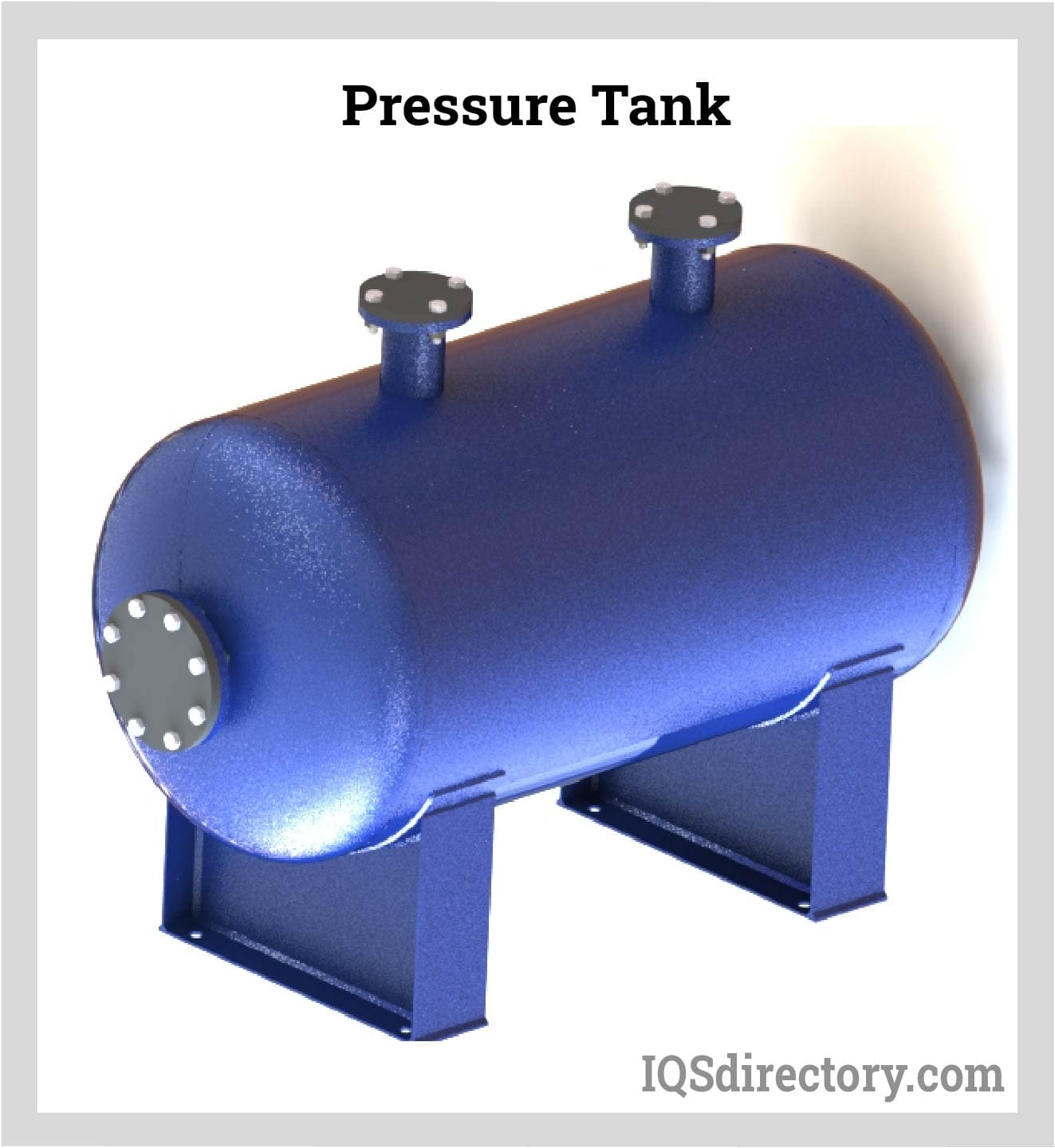 Pressure tanks are vessels that are used to store, hold, and/or convey gasses, vapors and fluids at pressures greater than atmospheric pressure, also known as high pressures... 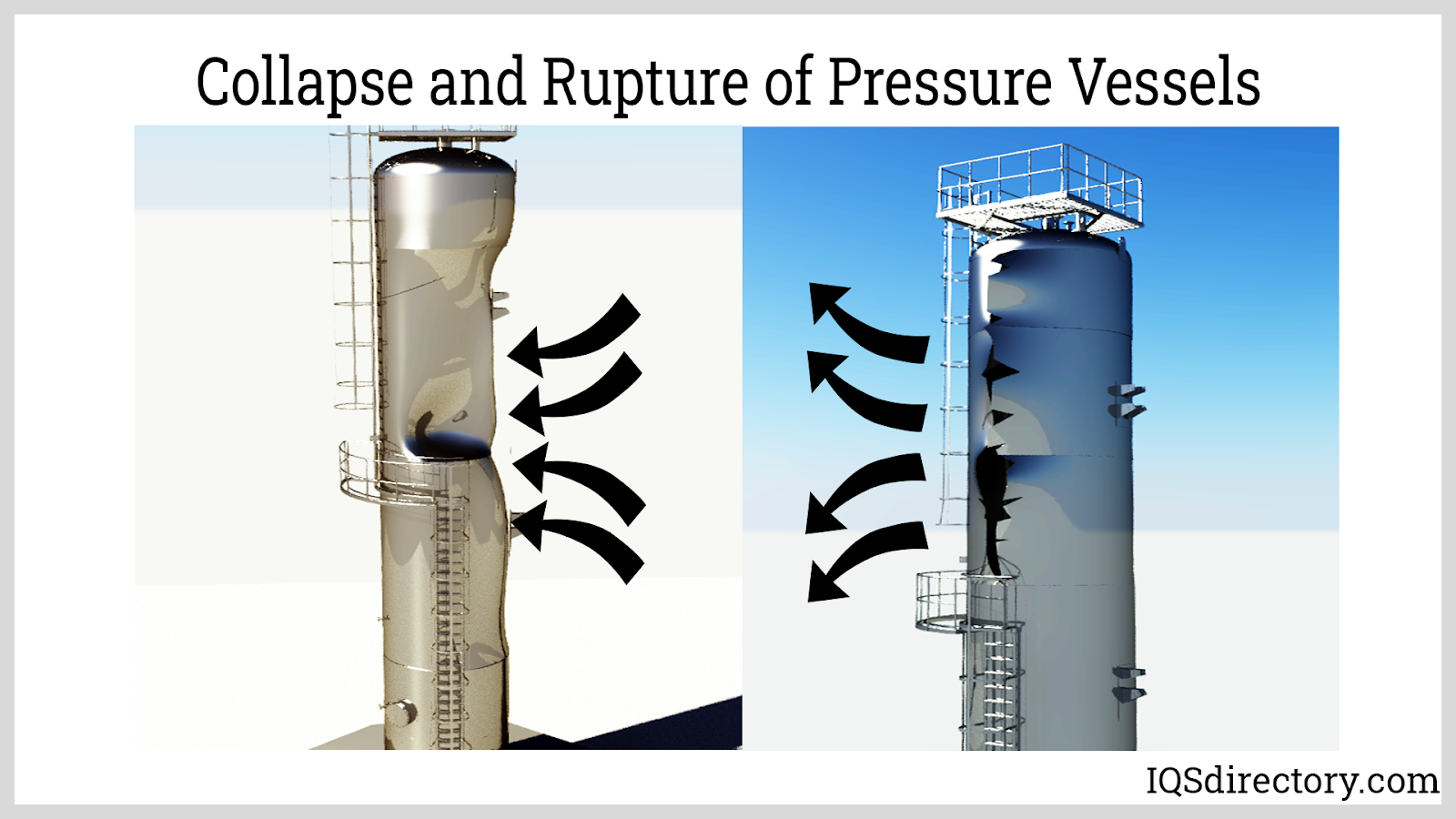 Pressure vessels are enclosed containers used to hold liquids, vapors, and gases at a pressure significantly higher or lower than the ambient pressure. They are widely used in various industries such as... 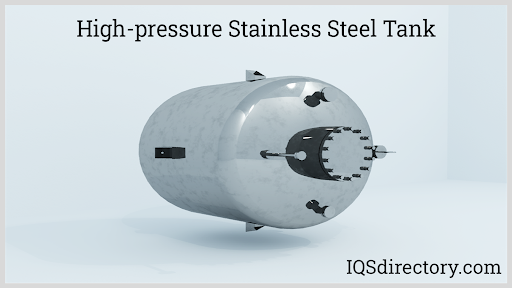 Stainless steel tanks are widely used in food, beverage, dairy, medicine, cosmetics, and other manufacturing processes where cleanliness and purity are important. These are also used in industrial plants for storing chemicals and gases where strong resistance from chemical degradation is required...