Chapter One – What are Linear Slides?

Linear slides, also referred to as linear guides or linear-motion bearings, are types of bearings that allow smooth and frictionless motion on a single axis. Machine tools, robots, actuators, sensors, and other mechanical equipment often require moving components in a straight line in any of the three-dimensional axes. Whie in contact with another object, free translational motion is always countered by friction, the force exerted by two bodies moving against each other's direction of motion. The amount of frictional force exerted is governed by the load acting on the surface in contact and the surface property known as the coefficient of friction.


Low friction and high precision are the two key characteristics desired for movement with low power draw, less tool wear, and reduced heat generation. A linear slide is only one component of linear motion machines, along with power screws, actuated cylinders, linear motors, and rack and pinion assemblies. Linear slides are particularly used only for guiding motion. Other machine elements are utilized for power transmission.

The main component of linear slides is the bearing, which can be either a rolling-element, plain surface bearing, or magnetic bearing. A rolling-element uses balls or rollers to minimize the area of contact into against the rubbing surfaces. The surfaces where these elements roll are called races. Rolling element bearings that utilize rolling balls are called ball bearings, while the ones using rollers are roller bearings. Ball bearings reduce contact to a small point. In theory, the area of contact can be reduced to an infinitely small point provided that the surfaces can resist the infinitely high contact stress produced. In practice, the ball and race surfaces deform slightly, creating a finite area of contact. A small area of contact limits ball bearings from carrying heavy loads. To counter the high contact stresses produced, the number of balls in contact is increased. This is done by adding more rows of balls and races.


The rolling element that uses rollers is roller bearings, which are designed to carry a load and minimize friction. Roller bearings move loads using rolling elements that separate moving parts from the bearings. The area of contact between the roller and race surfaces, in theory, is a line. Like spherical ball elements, rollers tend to deform, creating a rectangular contact area. This rectangular area is larger than that of equivalent-sized ball bearings. Thus, the resulting contact stresses are lower, allowing them to carry larger loads.


Plain surface bearings use sliding surfaces instead of rolling elements to support a load and allow motion. Plain surface bearings utilize materials and finishes with a low coefficient of friction and lubrication. Some plain surface bearings are made from composite materials such as PTFE and graphite with a metal backing. This type is called dry lubrication. This allows no metal-to-metal contact between the sliding surfaces and provides heat dissipation characteristics from the metal backing. As PTFE and graphite bearings are abraded, the worn-off particles become a lubricating layer. A similar property is seen in plastic plain bearings, however, they lack heat dissipating properties and act as thermal insulators.


One type of plain surface bearings uses pressurized air, lubricant, or other types of fluid to counter the loads exerted by the surfaces against each other. Hydrostatic lubrication is the term used for pressurized liquid lubricants, while aerostatic is for compressed air. Dried air is generally used in linear motion applications due to its cleanliness. Hydrostatic linear motion bearings provide near frictionless motion, making them useful for very high precision machines. A downside of this type is the expensive auxiliary equipment required to produce the pressurized fluid.

Magnetic bearings, like hydrostatic lubrication, provide near frictionless motion by repelling or attracting the moving object. Instead of using pressurized fluid to levitate the object, magnetic bearings use magnetic forces created by electromagnets. Magnetic bearings can exert large forces, making them applicable for high-load applications. However, this type has limited applications due to possible interference from mounted instruments and relatively high energy consumption.

This chapter tackles the general components of every linear slide system. This includes the slide mechanism and components needed for actuation and position control. Depending on the intended application and manufacturer, other proprietary parts are available, such as air bearings, positioners, and so forth.

With the different types of bearings, recirculating or non-recirculating constructions, bearing contacts, race profiles, drive units, and precision controls, there is a myriad of possible combinations that can serve a specific application. However, some combinations stand out potentially due to their simplicity, load-bearing capacity, rigidity, or versatility. These are continuously being engineered to fit their intended use. Enumerated below are some of the widely used linear slides available.

A linear slide only guides the movement of the machine tool or instrument, but it does not generate the necessary force to accomplish this. A drive unit is used to generate that force, either mechanical or electromagnetic. A simple linear slide usually requires manual actuation. This can be by pushing and pulling, or by machines such as a hand crank leadscrew. Below are the types of powered drive units used for linear slides.

The previous chapter tackled the machines that create carriage actuation. On the other hand, devices that monitor such movements deserve equal attention. Actuation can be operator controlled or automatically controlled. Sensors are needed to generate feedback signals that are used by the controller uses to either energize, de-energize, or modulate the force produced by the drive units. Below are the typical sensors used in linear slide systems.

Linear Rails are ideal for moving items through a production process with great precision and as little friction as possible if creating, packing, and distributing products. Linear Rail is a type of gadget that...

Ball screws are mechanical linear actuators that consist of a screw shaft and a nut that contain a ball that rolls between their matching helical grooves. The primary function of ball screws is to convert rotational motion to linear motion. Ball nuts are used in... 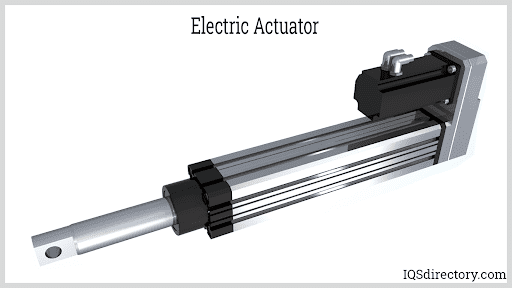 Electric actuators are devices capable of creating motion of a load, or an action that requires a force like clamping, making use of an electric motor to create the force that is necessary... 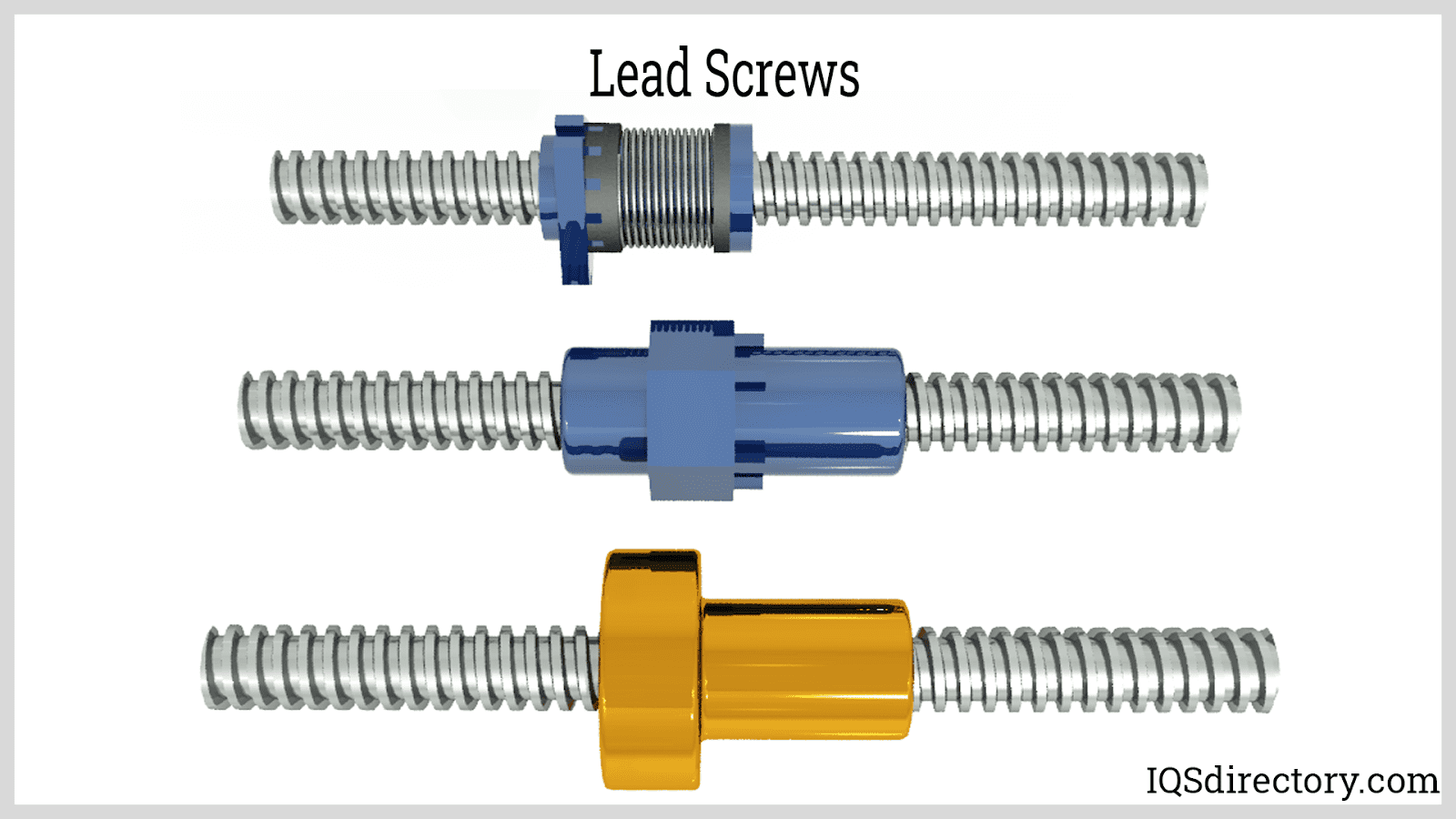 A linear actuator is a means for converting rotational motion into push or pull linear motion, which can be used for lifting, dropping, sliding, or tilting of machines or materials. They provide safe and clean motion control that is efficient and maintenance free... 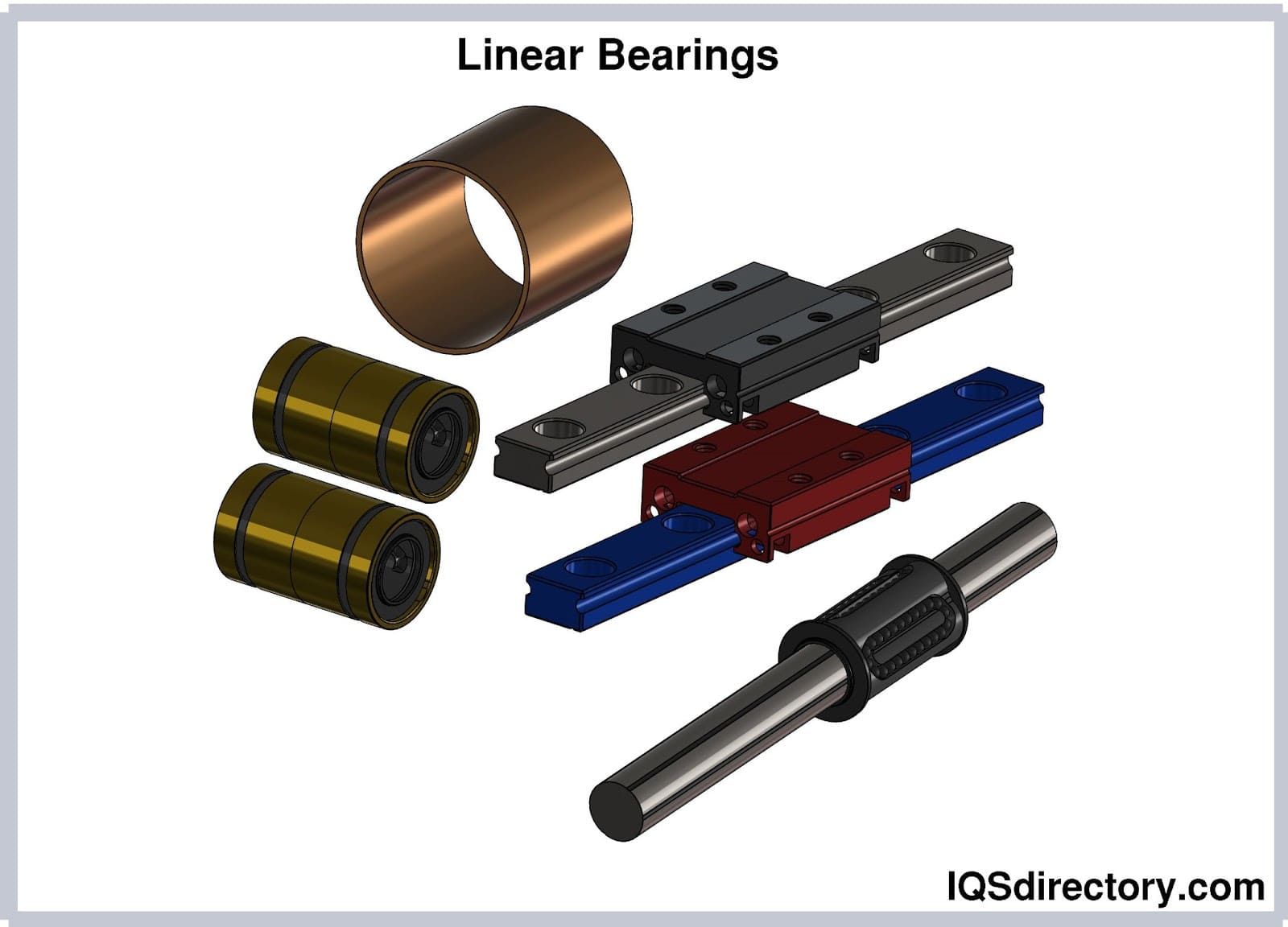 Linear bearings are a type of bearing that "bear" or support the load of the carriage during its single-axis linear movement and provide a low friction sliding surface for the guide rails. In a linear guide, the carriage is the component that travels in a straight line, back and forth, along the length of the guide rail... A linear actuator actuates, moves, in a linear, straight, line to complete or start a process. There are a variety of terms used to describe a linear actuator such as ram, piston, or activator...