This article provides a detailed look at strain gauges.


Chapter 1: What is a Strain Gauge?

A strain gauge is a sensor for measuring variations in resistance when a force is applied, then converting those changes in electrical resistance into measurements. Strain gauges are made from long, thin pieces of metal conductor foil bonded to a flexible backing material called the carrier. Two electrical leads soldered to the resistant foil send current to the strain gauge and cause it to stretch or contract in proportion to changes in the surface being tested. Variations in the electrical resistance occur when there are changes in the dimensions of the tested surface.


To begin the process, gauges are mounted on the object to be tested. When force is applied to the object, its deformation is caused by compressive or tensile forces measured by the strain gauge. Deformations can take the form of elongation and stretching or narrowing, shortening, and broadening. The results of the transformations and changes produce measurable resistance.

The capabilities of strain gauges include the ability to measure tensile, compressive, bending, torsional, and shear stresses. They can measure the most minute and indistinct changes in the geometry of an object. Since the change in resistance is very small, strain gauges have very thin metallic strips sensitive to the smallest amount of resistance.


The main application for strain gauges is in the manufacture of force and pressure transducers such as load cells, a type of transducer that measures the mechanical load on an object by converting it to readable electronic signals. Strain gauge load cells are the most common type of load cell and are widely used for reading weight.

In weighing applications, strain gauge load cells are bonded onto a structural member that is deformed when weight is applied. Modern load cells have several strain gauges installed to increase the accuracy of readings. Aside from their use for taking weight readings, strain gauge load cells are found in automation, process controls, biomechanics, equipment monitoring, building integrity analysis, bulk material weighing, testing, and quality control. William Thomson further worked on this invention in 1856.


The development of strain gauges was brought about by the technical applications of the Wheatstone bridge circuit. The Wheatstone bridge was invented and popularized in 1843 by Charles Wheatstone. Its publication mentions an effect that describes the change in resistance of an object due to mechanical stress. This invention was further worked on by William Thomson in 1856.

Eighty years later, two American engineers independently investigated the effect. Edward Simmons, an electrical engineer based in California, used thin resistance wires and silk threads to create a woven strain gauge. The prototype strain gauge was bonded onto a steel cylinder. It was then tested to measure force impulses from a pendulum ram impacting the cylinder.

Simultaneously, Arthur Ruge, a mechanical engineer at MIT, developed a device initially intended to measure the stress caused by simulated earthquakes to his model of an earthquake-resistant water tank. He used very thin wires stuck to a piece of paper as the strain gauge. The gauge was then bonded into a bending beam, which served as its carrier.

All components experience some form of loading when motion or forces are applied. Understanding the properties of mechanical stress and strain is important for deciding if a component can withstand the loading forces for an application. Strain gauges are devices that provide accurate and precise readings that make it possible to observe and monitor the amount of stress a component may be enduring. They assist in predicting potential failure of or damage to an application.


The Wheatstone bridge output is the gap voltage measured at Vg indicated in the figure below. The bridge is said to be balanced when the gap voltage is zero. This is typically the initial state of the device. Imbalance is caused when the resistance changes across the variable resistor, resulting in an electric potential present across the gap.

The previously described Wheatstone bridge is called a quarter bridge circuit. A single active strain gauge takes the place of the variable resistor. Since only one strain gauge is used, it can only measure one type of strain. For the same reason, they are also the least sensitive.

This type has two active strain gauges. One strain gauge is placed on one leg of the circuit, while the other gauge is on the second leg. On the elastic element or structure, the gauges are mounted on opposite sides parallel to the loading direction.


There are two known advantages when using a diagonal bridge design. The first is the increased sensitivity. Since two strain gauges experience the same amount of deformation, a larger output can be obtained. The increase is approximately twice that of a simple quarter bridge circuit.

Another advantage is its ability to reject bending strain. Diagonal bridge strain gauges only measure tensile and compressive strains. When the gauges detect oppositely directed strains, the effect is negated. The strains experienced by the gauges must be in the same direction.

However, the downside of using this type is the large effect of temperature variation. This configuration doubles the error. To counter this, dummy gauges must be paired with each active gauge.


This half bridge configuration operates on the Poisson effect. The Poisson effect is the tendency of a material to change its cross-section in the direction perpendicular to the load. Most materials experience opposite strains in perpendicular directions. Since both strain gauges are used to measure the change in dimension of both axes, the effect on the varying resistances is increased. This, in turn, improves the magnitude of the output voltage. The additional output depends on the Poisson ratio of the material.

Moreover, by having both strain gauges at the same leg of the bridge circuit, they cancel out the effect of temperature. This is similar to the advantage seen in the quarter bridge with a dummy gauge circuit.

A unique feature of this design is its ability to eliminate the measured axial strain. The transducer interprets the voltage reading such that one strain gauge is in tension while the other is in compression. When both strain gauges are in either tension or compression, the resistance change of one strain gauge is negated by the other. Similarly, this ability also negates the effect of temperature.

Similar to the previous type, this configuration works like two Poisson half bridge circuits. This results in an extremely sensitive sensor.


Axial full bridge circuits eliminate bending strain readings similar to that to diagonal bridge circuits. The strain gauges on opposite sides of the structure are assumed to have the same strain direction. When these strain gauges are inversely directed strains, the effect on the resistance ratio is nulled.

This type functions like two bending half bridge circuits. The strain gauge pairs on one leg of the circuit experience tension and compression. It also eliminates the effect of axial strain when the pairs detect deflection in a single direction.

Since there are four strain measuring conductors, this configuration's sensitivity is quadrupled compared to the simple quarter bridge type.

Knowing the different bridge configurations allows a better understanding of the different strain gauge types. Strain gauges are typically named according to the arrangement of the measuring elements. Depending on the application, they can be utilized in more than one bridge type.

Linear strain gauges measure strain in one direction. As a result, they have the simplest construction and the lowest cost. This makes them suitable for general use, such as load testing, fatigue testing, and structural integrity monitoring. These types can have quarter bridge, diagonal bridge, or axial full bridge circuits.

Rosette strain gauges are made from multiple measuring elements bonded to a common carrier. As the name suggests, the arrangement of strain gauges resembles a rosette or circular pattern. They are oriented to have different measuring axes to measure strains generated by biaxial stress conditions.

There are several types of rosette strain gauges. The basic examples are briefly explained below.

Rectangular and delta rosettes are configured differently than other strain gauges. The readings from the measuring elements are typically supplied to a computer program for simulation and data reduction. They are mostly suitable for stress analysis and dynamic load monitoring.

Aside from the bridge circuit and strain gauge arrangement, there are other important criteria to be considered when selecting a strain gauge. Most of the engineering design is put into these other factors.

Aside from metals, a second type of measuring element is also available. These are called semiconductor strain gauges, and use semiconductor materials such as silicon and germanium. Their measurement principle is different from the metal types, which operate through a change in geometry.


Semiconductor strain gauges primarily make use of the piezoresistive effect. The piezoresistive effect produces greater changes in electrical resistance, and in turn, greater voltage output. This makes semiconductor strain gauges desirable for measuring very small strains. However, the downside of using this type is its susceptibility to high-temperature effects, brittleness resulting in difficult handling, and non-linear resistance change.

Strain gauge mounting is generally classified as bonded and unbonded.


Unbonded strain gauges are the less common type. They are exclusively used for transducer applications. They use a thin wire with one end connected to a rigid frame and the other pinned to a movable carrier. The wire is preloaded and held by a spring-loaded mechanism.

For strain gauges with multiple measuring elements, there are two construction options to consider. Rosette strain gauges are either planar or stacked. In planar strain gauges, the measuring grids are placed next to each other on a single plane. They yield more precise results since both grids are the same distance from the axis of the structure.


Stacked strain gauges have measuring grids placed one on top of the other. The grids have a slight offset from one another, making them non-coplanar. Because of their stacked construction, they are suitable for applications where mounting space is limited or restricted.

In actual applications, both strain and temperature have a direct relationship with the resistance of the conductor. Since only strain is the parameter intended to be measured, temperature becomes an interfering factor.

In addition to temperature, creep can affect the reading of the strain gauge. Creep is caused by prolonged exposure to load. It alters the mechanical properties of the conductor, carrier, and bonding adhesive, which leads to a change in output. Transducer designs aim to minimize the effects of temperature and creep to maintain accurate measurements of mechanical load.


Some compensation methods are mentioned below.

Force sensors are transducers that transform mechanical input forces like weight, tension, compression, torque, strain, stress, or pressure into an electrical output signal whose value can be used to...

A load cell is a transducer which converts mechanical energy (tensile and compressive forces) into electrical signals. There are different transducer operating principles that can be utilized to convert forces...

A load pin is a sensor utilized to measure force or weight in various research, control, measurement and testing applications. The load pin force sensor converts a force into an electrical signal. The load pins provide... At the heart of every weighing device is a sensor called a load cell. When an item is put on a load cell, it senses the force of the gravitational pull of the weight, which an electronic circuit processes to display... 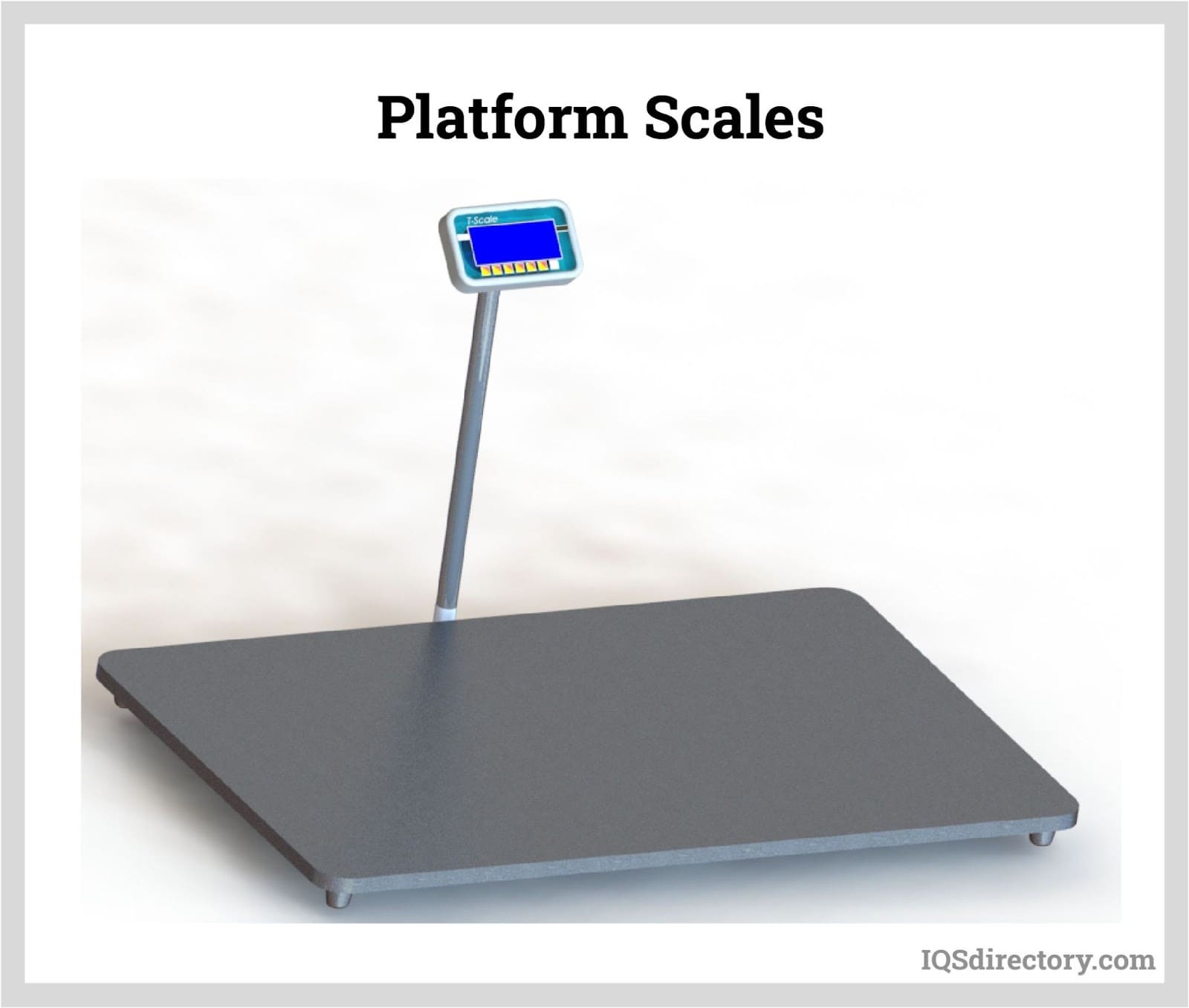 A platform scale is a scale that measures the weight of objects loaded on a flat platform. The function of the platform is to transmit the weight of the object to the internal measuring device and to support the object during weighing...