This article will give detailed information about capacitive touch screens.

The article will give details on the following:

Chapter 1: What Is a Capacitive Touch Screen?

A glass layer that resembles an insulator and is covered in a transparent conductor, such as indium tin oxide, makes up the capacitive touch screen (ITO). The touch screen's ITO is fixed to glass plates that compress liquid crystals. When the user activates the screen, an electronic charge is created causing the liquid crystal to rotate.


When given a certain voltage, a basic capacitor needs some time to fully charge before it can be discharged when the voltage source is cut off, and the capacitor is connected to a sink. When there are no modifications to the circuit, this charging and discharging time duration is observed and is more constant. When the circuit's capacitance varies, this charge-discharge period changes. The primary underlying idea of capacitive touch screens is this.

The capacitance in the circuit is increased when a human finger touches it, adding another capacitor to the system. Human beings are dielectrics. This additional capacitor affects the circuit's charging and discharging times and raises the circuit's overall capacitance. Thus, user contacts will be indicated by a variation in the charge-discharge duration across the circuit.

Most of the time, this involves a dedicated microcontroller that charges the capacitive screen while examining variations in the circuit's charge-discharge periods. When this value deviates from the standard, the microcontroller notifies the main controller that the user has input. A conductive layer of indium tin oxide (ITO) and an insulator layer of glass combine to create a clear, transparent touch screen display. When a human finger touches this, it creates a capacitor, and the human skin functions as a dielectric, affecting the circuit's overall capacitance.

Touch screens with capacitive surfaces have a long lifespan. They are not subject to the same early breakdown and deterioration as other touch screen technologies, such as resistive, because they use an electric field to detect touch commands. The operation of resistive touch screens is, of course, mechanical. They have several layers that operate by pressing together. Since surface capacitive touch screens don't have any moving parts, they are incredibly durable.

A portion of the electrical current flowing between the adjacent columns and rows is passed to the finger when two touch screen devices are contacted, reducing the capacitance at that particular grid intersection.


Of course, multi-touch commands are supported by other touch screen technologies besides mutual capacitance. Self-capacitance enables the usage of two or more points of touch at once.


The electrostatic field of a capacitance touch screen will alter when touched with a bare finger since the human body is electrically conductive. As a result, the display interface of the device will effectively receive a small electrical charge from the user's finger. The electrostatic field of the capacitance touch screen will consequently get stronger in the vicinity of a touch command. Simply said, finger capacitance is the additional electrical charge that a finger adds to the display interface.

This electrical phenomenon, which is called "finger capacitance," is not specific to only a finger. Any conductive object can be used to operate a capacitance touch screen. The electrostatic field of the device will be distorted as long as the object conducts electricity.

A conductive stylus is a typical illustration. Conductive styluses have a standard appearance. The fact that they are constructed of conductive material is the only distinction. However, the capacitance of a finger is added to a capacitance touch screen's display interface when it is touched with a conductive pen. As a result, when that location is touched, the device will recognize and record the order.

There are several types of capacitors. Although surface-mount packages or LED components are normally known for capacitance, all that is needed are two conductors separated by an insulating layer (i.e., the dielectric). Therefore, using the conducting layers built into a printed circuit board to make a capacitor is relatively straightforward. For example, take a look at the following top and side views of a PCB capacitor that is being utilized as a touch-sensitive button as an illustration.

The Effects of a Finger

There is no direct conduction occurring here since the solder mask on the PCB and typically a plastic layer that isolates the device's electronics from the environment act as barriers between the finger and the capacitor. Therefore, the finger is not discharging the capacitor. Additionally, the quantity of interest is not the charge remaining in the capacitor at a specific moment but rather the capacitance at that same

Why does capacitance change when a finger is present? There are two reasons as follows: The first is related to the finger's conductive qualities, and the second is related to its dielectric properties.

There is no direct conduction occurring here since the solder mask on the PCB and typically a plastic layer that isolates the device's electronics from the environment act as barriers between the finger and the capacitor. Therefore, the finger is not discharging the capacitor, and additionally, the quantity of interest is not the charge remaining in the capacitor at a specific moment but rather the capacitance at that same moment.

The finger can affect the dielectric properties without being in contact with the plates because the capacitor's electric field extends outside.

The fact that human skin conducts electricity is well known to anyone who has ever received an electric shock. As indicated earlier, there is no direct conduction between the finger and the touch-sensitive button, preventing the finger from discharging the PCB capacitor. This lack of direct conduction does not imply, however, that the conductivity of the finger is unimportant. On the contrary, the finger becomes the second conductive plate of an extra capacitor, making it highly pertinent.

For practical purposes, one can assume that the finger-created capacitor, referred to as the finger cap, is connected in parallel to the capacitor already present on the PCB. Since the person using the touch-sensitive gadget is not electrically linked to the PCB's ground node, the two capacitors are not "in parallel" in the sense of a standard circuit analysis, which makes the issue a little more complicated.

However, because of its comparatively high capacity to absorb electric charge, the human body is considered to be acting as a virtual ground. Therefore, the precise electrical relationship between the finger cap and the PCB cap is not important. What matters is that the finger will increase the total capacitance because capacitors add in parallel due to the pseudo-parallel design of the two capacitors.

So, it is clear that the capacitance increases due to both systems controlling how the finger interacts with the capacitive touch sensor.

The discussion that has come before points out an intriguing characteristic of capacitive "touch" sensing. In addition to physical contact, mere proximity to the sensor can cause a detectable change in capacitance. Although touch-sensitive devices are frequently mistaken.

For mechanical switches or buttons, capacitive sensing technology adds a new level of functionality by enabling systems to calculate the separation between a sensor and a finger.

The effects of the two capacitance-altering methods discussed above are inversely proportional to the distance. For the dielectric-constant-based method, when the finger approaches the conductive areas of the PCB capacitor, more fleshy dielectric interacts with the electric field of the capacitor. Therefore, as with any cap, the capacitance of the finger cap for the conductivity-based mechanism is inversely proportional to the separation between the conducting plates.

Remember that this is not a way to detect the exact distance between the sensor and the finger; capacitive sensing does not offer the kind of information required to carry out accurate computations of the absolute distance. However, since capacitive sense circuitry is intended to detect changes in capacitance, this technology is suitable for detecting changes in distance, i.e., while a finger is relocating with a sensor, either near or far.

Additionally, it is exceedingly unlikely that the projected capacitive touch screen will get scratched because of its durability. The projected capacitive touch screen will still properly function even if the surface is scratched due to an accident, and the touch screen should continue to function normally unless the back-mounted conductive matrix is harmed. This functionality is because it will continue to measure changes in the generated electric field, notwithstanding any damage.

Being a highly sensitive touch technology that only responds to fingers or conductive pens (which means the risk of "wrong contact" is tiny) is one of the key reasons why this technology is so popular in consumer electronics and is now so successful in commercial/industrial applications. While optical or acoustic-based touch displays can be impacted by inanimate objects hitting the screen, resistive touch screens require greater stress than projected capacitive touch screens (rain, leaves, ties, cuffs, etc.).

Compared to most other touch technologies, projected capacitive touch displays often offer superior image quality since they are typically constructed of clear, uncoated glass with a matrix of micro-conductors on the back. Capacitive screens are perfect for the most recent HD, UHD, and OLED displays.

Capacitive touch displays only need a touch, not pressure, to generate signals.

While resistive technology requires traditional calibration, capacitive touch panels require one calibration after manufacture or none at all. 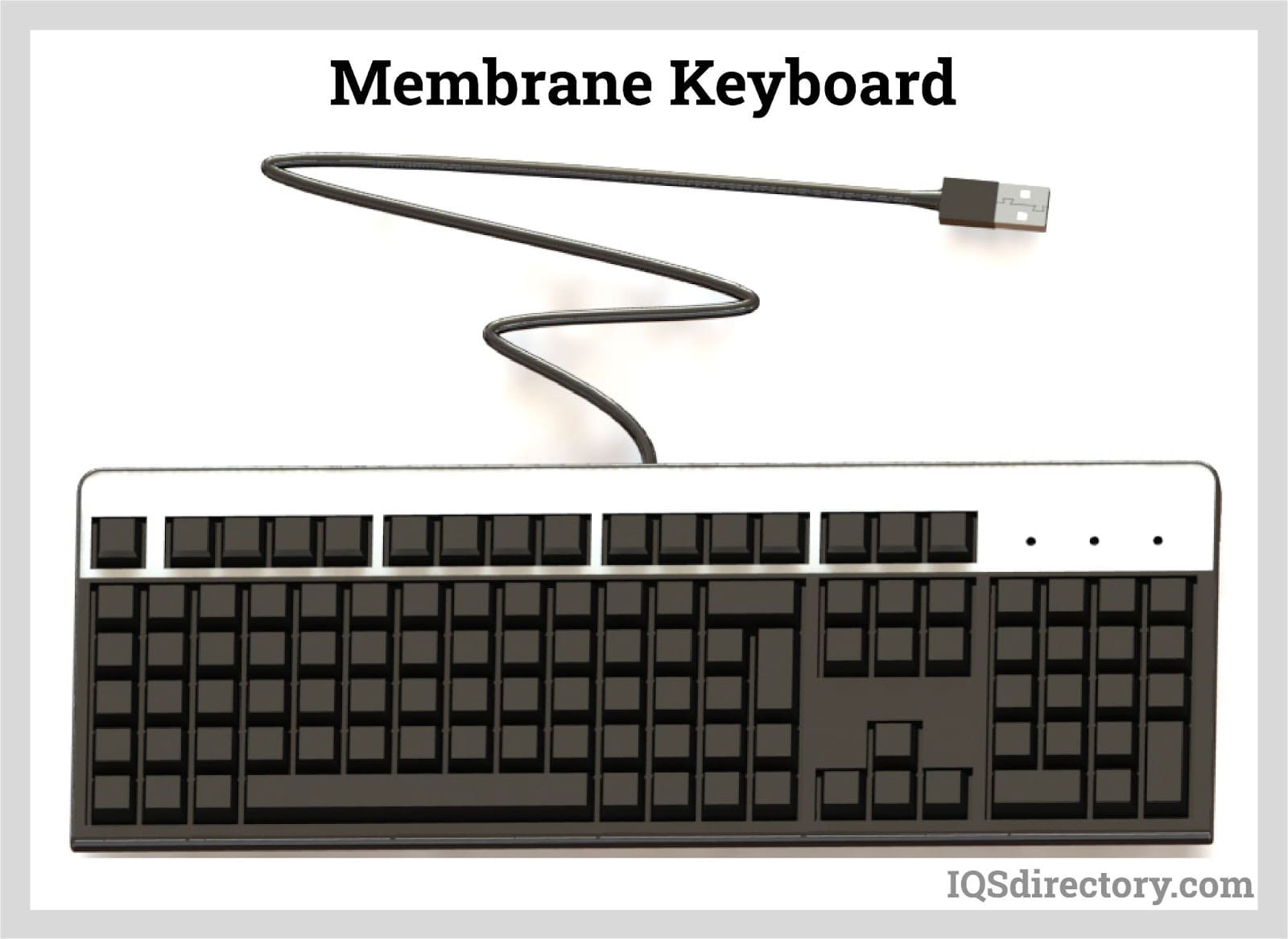 A membrane keyboard is a type of keyboard technology found in many electronic gadgets and appliances. A keyboard, as we all know, is essential hardware that... Membrane switches are a type of human-machine interface characterized by being constructed from several layers of plastic films or other flexible materials... 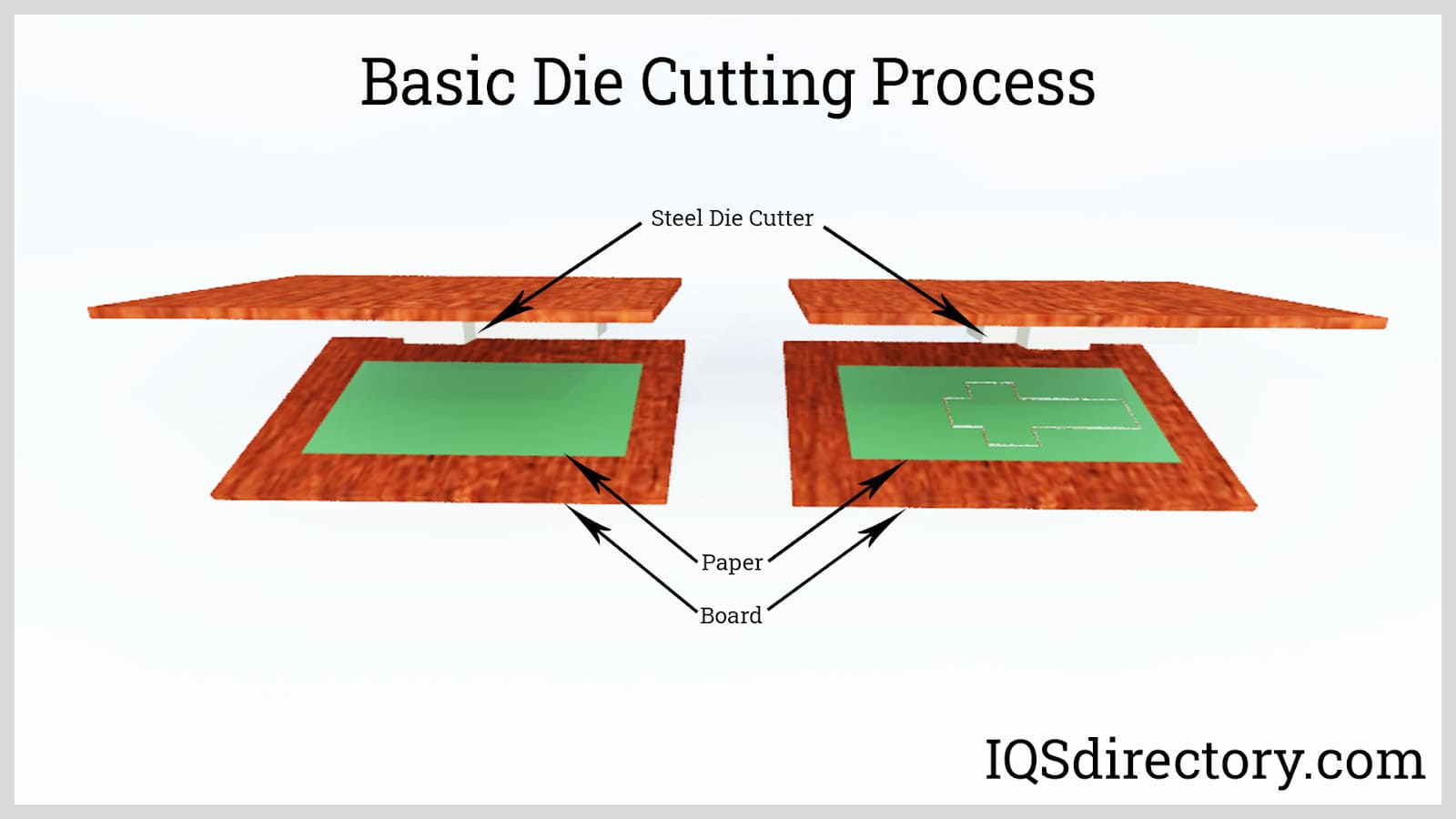 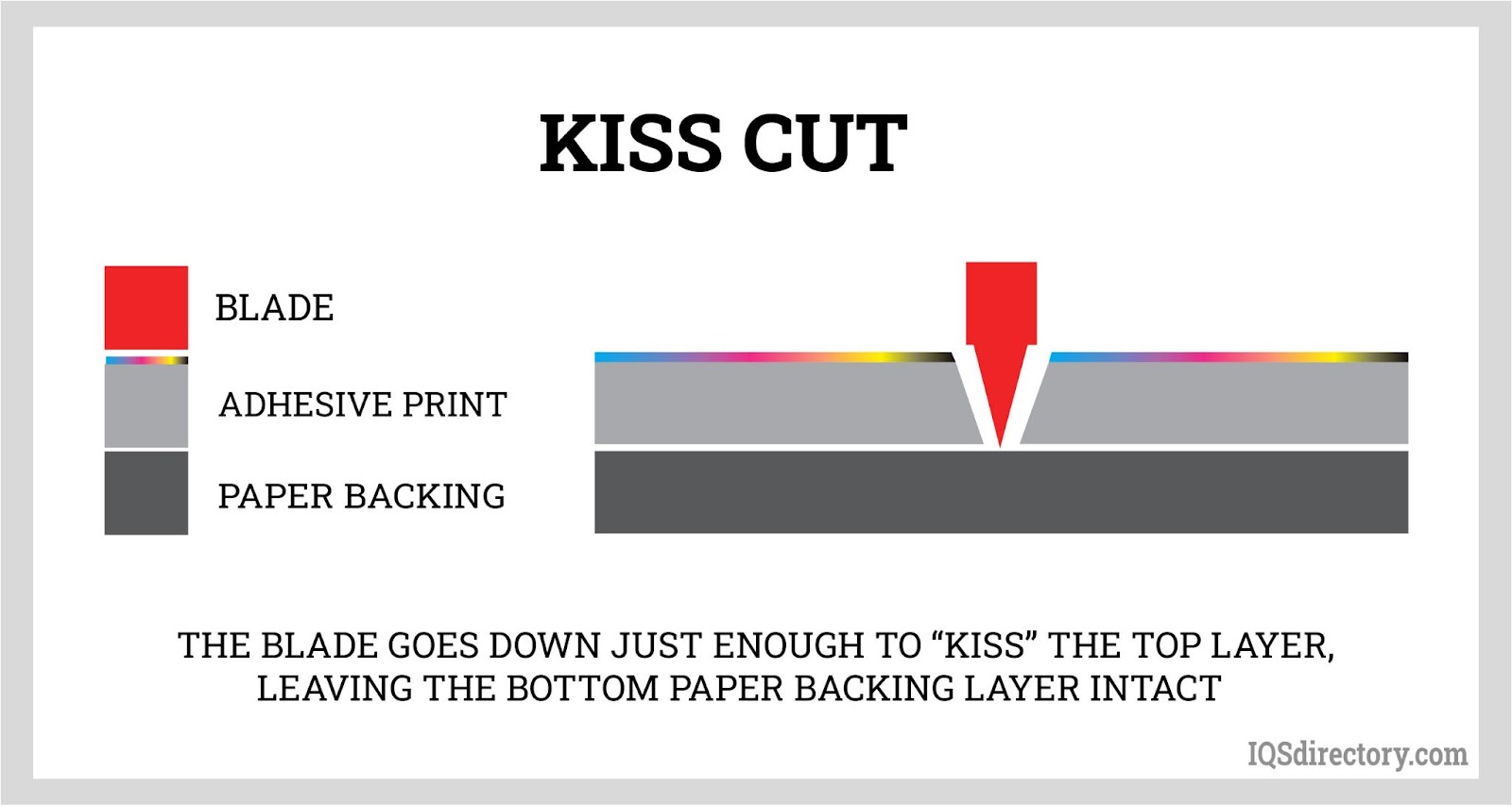 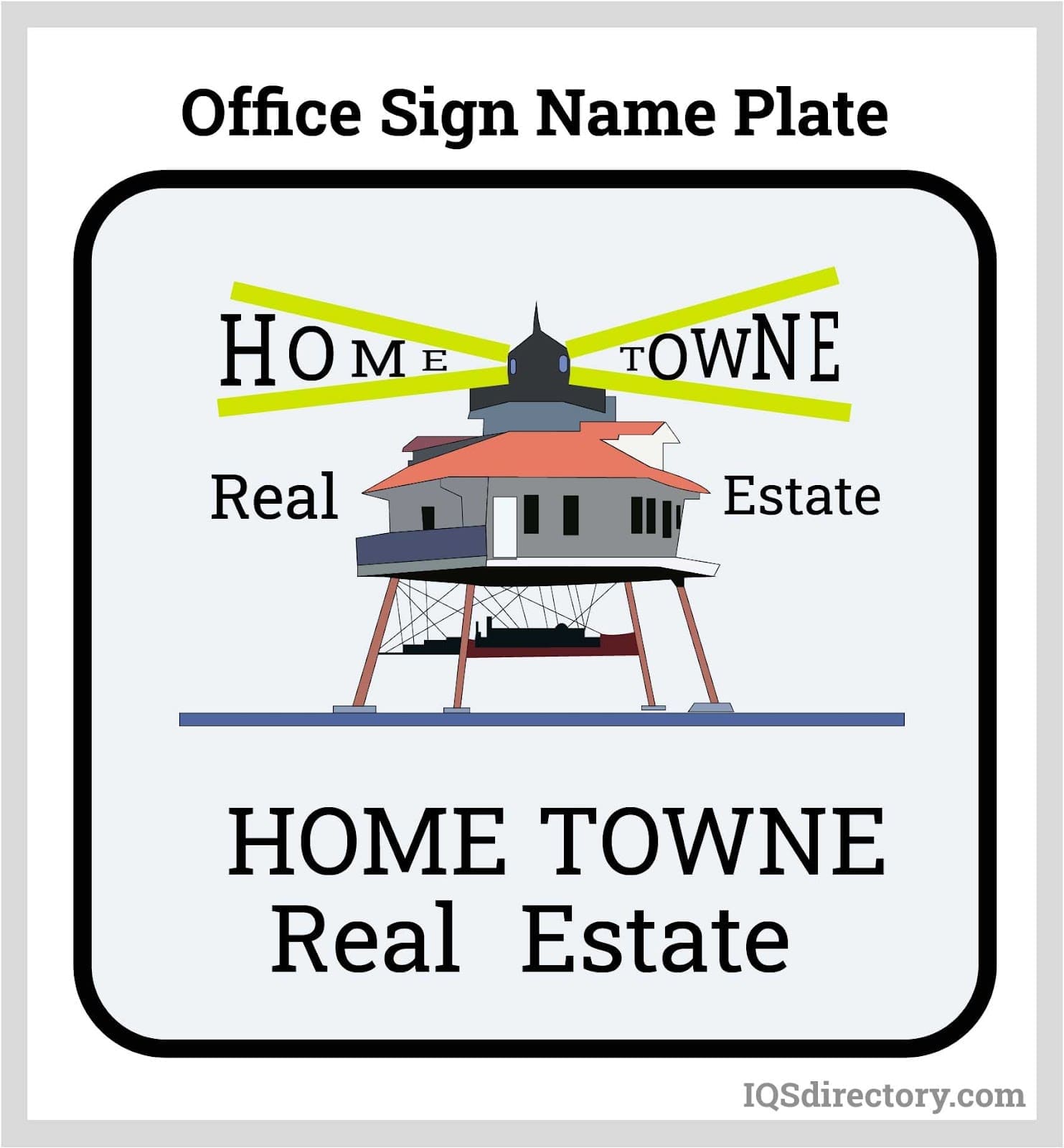 A name plate is a method for displaying the name of a person, logo, product, or mechanism and is made from a variety of materials to serve as a long term identifier...