Your Carbon Footprint: How to Determine and Reduce It 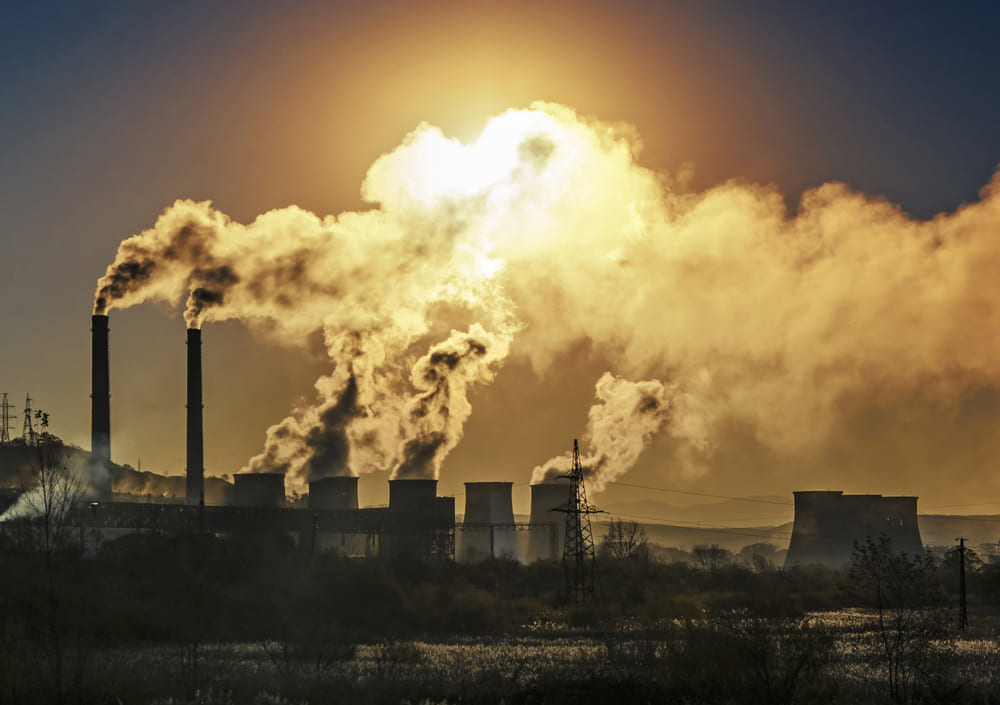 Global warming, climate change, whatever you want to call it, has become a hot-button political issue, especially in the United States.

Politicians use it as a rallying cry whether you believe in it or not. It’s almost to the point where it’s nothing but a talking point during a political campaign.

People typically have just a basic knowledge of it and are only repeating back the information they heard on their chosen news network.

But regardless of your beliefs, there is one thing that we can know for sure. Every time we start our car, hop on a plane, turn on your computer or even eat a cheeseburger, you are either directly or indirectly sending carbon emissions into the atmosphere.

That’s a fact. There’s no dancing around that issue. We can see it; we can smell it.

So, no matter what your beliefs, wouldn’t it be a good idea to limit the amount of carbon you send into the atmosphere?

The amount of pollution we put into the air is called our carbon footprint. It can be tracked, and it can be measured.

Let’s take a more in-depth look into what our carbon footprint, and what it actually means to us and the rest of the planet.

What Is Your Carbon Footprint? 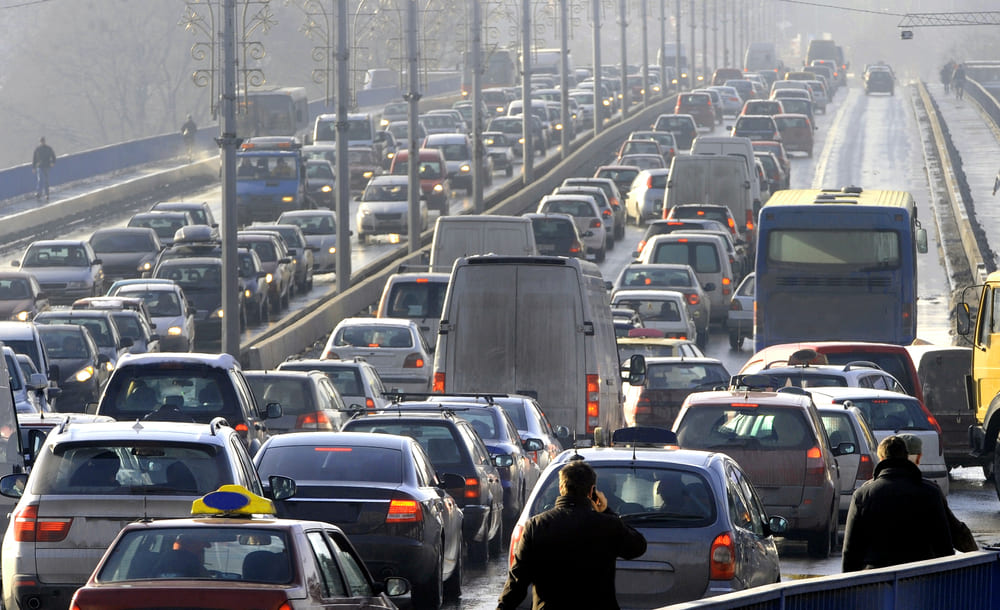 A carbon footprint is defined as the total amount of greenhouse gases produced to, directly and indirectly, support human activities, usually expressed in equivalent tons of carbon dioxide (CO2).

When you buy food and goods, the production of those foods and goods emits CO2 into the atmosphere.

Your carbon footprint is the sum of all emissions of CO2, which were induced by your activities in a given time frame, typically a year.

Direct emissions are created by you, the individual. You control these emissions, and they directly reflect your influence on the environment.

Indirect emissions are emissions that are related to you, but not caused directly by you. These are the emissions created by the power company that powers your house, or the farm that raised the cattle to make your hamburger. 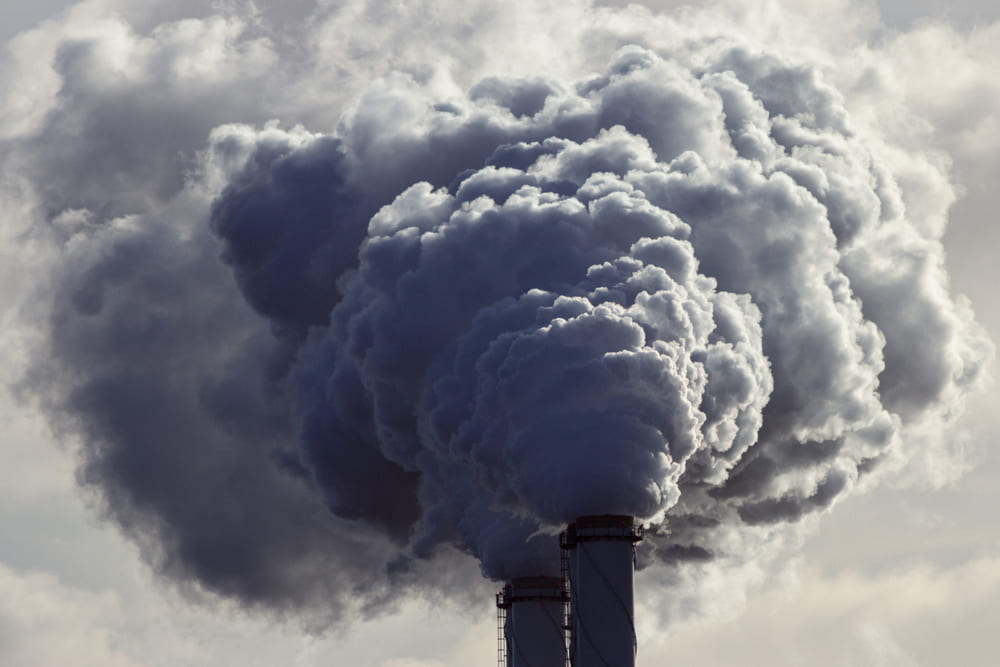 The food and goods lining the store’s shelves were all delivered there, so that has to be taken into account when measuring the carbon footprint. The foods were also produced on farms, farms that produce methane that has a greenhouse effect 25x more significant than carbon dioxide that also must be taken into account.

All of these factors must be taken into consideration when calculating the carbon footprint for one given activity.

Calculating your personal carbon footprint can be somewhat tricky for that very reason. There are so many factors that come into play with each seemingly simple activity we complete every day.

If you’re interested in calculating your carbon footprint, you can use the calculators found here or here.

Why Is A High Carbon Footprint Bad?

Greenhouse gases (gases that keep heat in the earth’s atmosphere), whether natural or human-produced, contribute to the warming of the planet. Large carbon footprints deplete resources. The more resources we consume, the more greenhouse gases will increase and spur further climate change.

The Natural Resources Defense Council writes that global warming can cause catastrophic weather events such as flooding, water shortages, and disturbed ecosystems.

Basically, the higher your carbon footprint, the bigger the impact it has on the climate and the risks from global warming increase.

How Do We Reduce Our Carbon Footprint? 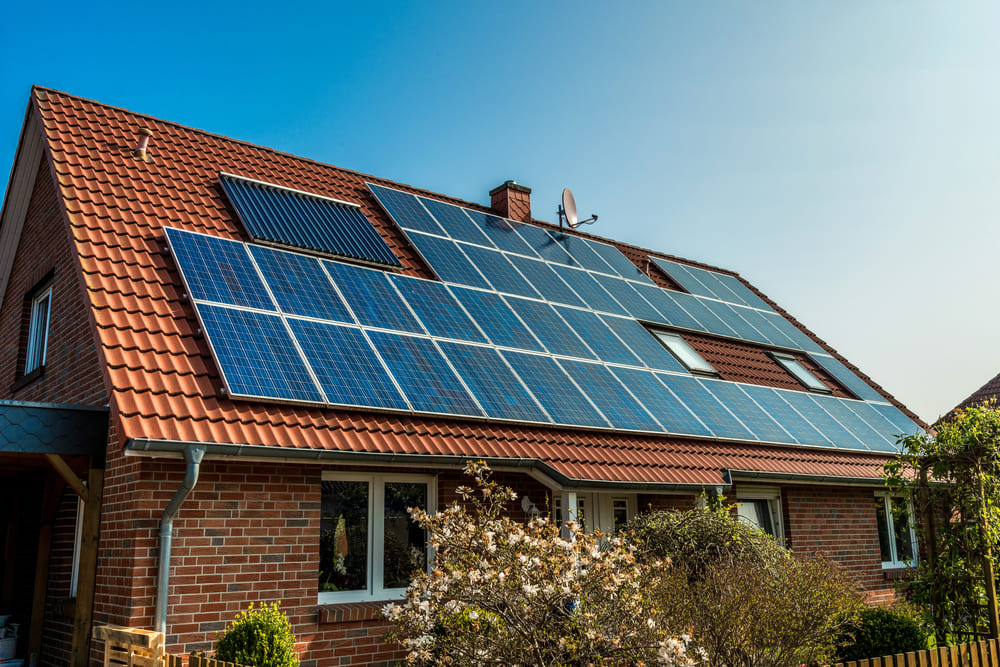 There are obviously certain things we can’t completely give up when trying to reduce our carbon footprint. We can’t stop buying groceries, we can’t stop going to work (unfortunately), and I know we aren’t going to give up our air conditioning.

However, there are things we can do to lower our footprint, as well as reduce the impact of the things we aren’t willing to give up. Some things more obvious than others, but they will all make an impact.

This first option isn’t self-explanatory at first glance. But when you dig a little bit below the surface, it starts to make sense.

Reducing the amount of red meat we consume, or giving it up completely, will significantly lower our carbon footprint. I know I know, just put your steak knives away and hear me out.

Believe it or not, reducing the amount of red meat you consume will lower your carbon footprint more than giving up your car would. It seems crazy, but it’s true. Compared to pork and chicken, red meat requires 28 times more land to produce than pork or chicken, 11 times more water and results in five times more climate-warming emissions.

Compare beef to other common foods like potatoes, wheat, and rice, and you’ll find the impact per calorie is even more extreme, requiring 160 times more land and producing 11 times more greenhouse gases.

Compare that to your car, and the benefits of giving up red meat become even more apparent. When you drive your car, you’re releasing CO2 into the air. However, the farms raising the cattle that gave you your t-bone produce methane, a greenhouse gas 25x worse than carbon dioxide.

Add in the transportation and storage of the meat in the grocery store and your home, and the impact that steak has on the environment is much higher than the impact your car has.

Another option to reduce our carbon footprint would be to use as much renewable energy sources as possible. I’m not asking you to build a windmill in your yard or turn off the heat in the dead of winter either. There are other, more logical options out there.

An option that has been on the rise as of late and has become a viable option for everyone, and not just the super-rich, is the use of solar panels. Depending on the location of your home, you could generate 10 or more watts per square foot. Most houses consume at least a kilowatt of power, so just a few square feet of solar panels should be enough to power most or all of your needs.

The sun obviously has to be shining for the solar panels to work, so you can’t completely disconnect from the grid, but it’s a good start. There have been instances where houses have powered their homes entirely with solar panels and sent excess energy back to the power company. Even if you aren’t concerned with your carbon footprint, this is an excellent way to save a couple dollars every month.

If you don’t want to take on such a large project, there are still several small things you can do around the house to lower your footprint. The easiest thing you can do is swap out those old light bulbs for CFLs (Compact Fluorescent Lights) or LEDs (Light Emitting Diode).

The LED bulb is the bulb of the future, lasting up to 10 times longer than compact fluorescents, and 40 times longer than typical incandescent bulbs. They also don’t emit heat, so no more burnt fingertips when you’re changing an old bulb. Not that you’d have to worry about changing the bulb as much anymore, anyway.

Again, if all you’re worried about is keeping money in your pocket, the electricity used over the lifetime of a single incandescent bulb costs 5 to 10 times the original purchase price of the bulb itself. Just by switching to a new bulb you’ll be saving yourself a decent chunk of money in the long run.

It’s Up to You

If you’re interested in lowering your carbon footprint, the power is in your hands. You won’t reverse climate change overnight, but you will be doing your part to keep the planet in good shape for future generations.

Doing simple things like hopping on your bike instead of driving your car, opting for ground turkey instead of ground beef, and installing new light bulbs will all go a long way in reducing your carbon footprint.

If the world as individuals starts doing their part to reduce their carbon footprint, maybe the big corporations and governments will notice and follow suit. Did you know that Bitcoin’s annual carbon footprint is equal to one million transatlantic flights? It’s hard to believe when you first hear it, but they aren’t the only industry producing that kind of carbon footprint.

They will only change if we give them a reason to. We can start by doing our part at home.