What Was It That Made Stephen Hawking So Great?

Stephen Hawking achieved a remarkable amount of things, personally and professionally, throughout his amazing life. While many people are familiar with him as a personality and perhaps as a scientist who made incredible discoveries about space, not many fully grasp what he did and how he did it.

He achieved his widespread fame and respect through a series of contributions to the scientific community that radically redefined our understanding of numerous subjects, all while defying the odds battling a debilitating degenerative disease.

Hawking’s competitive and curious personality led him into many friendly wagers with other physicists, which ultimately led him to make discoveries about the universe from intense research projects that were spurred by friendly arguments.

Throughout his life, he sought to reconcile quantum physics and general relativity–two disparate styles of physics that each contain multiple widely accepted theories but rarely seem to overlap in scope.

He called his incomplete hypothesis ‘the theory of everything,’ because he believed there was an intersection between particle physics and large-scale astrophysics that would explain ‘everything’ in the universe. 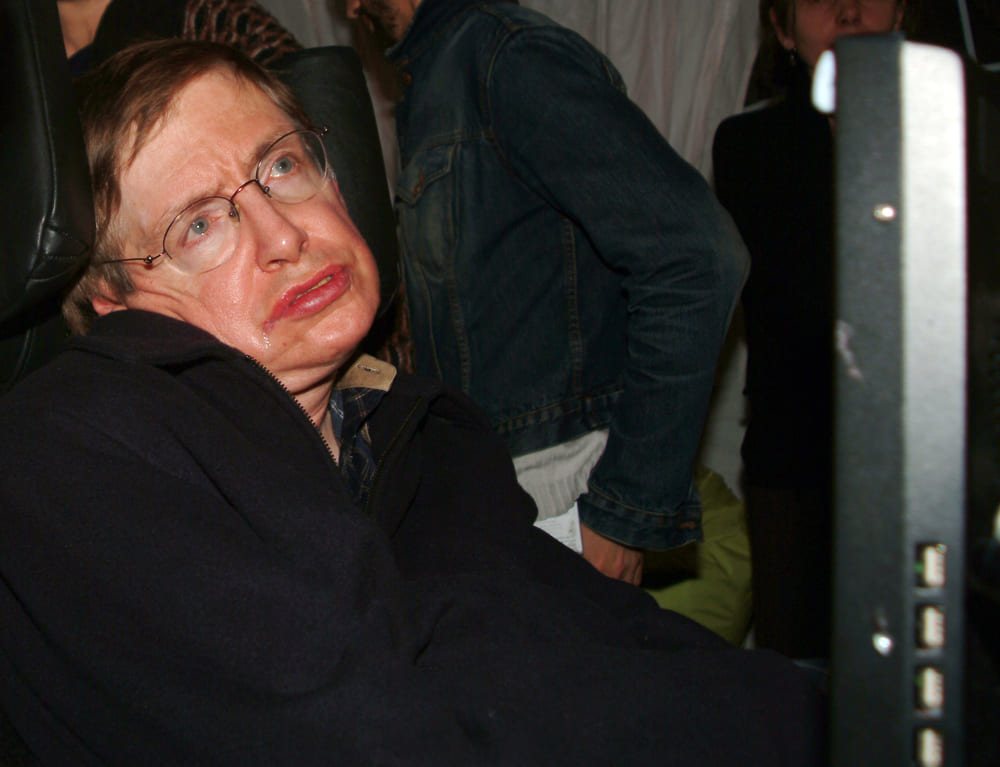 Stephen Hawking famously developed a theory on black holes while getting into bed one night in 1970. He realized, based on his own relationship to thoughts and pain from his degenerative lateral sclerosis, that black holes never decrease in size but always increase, somehow consuming matter while become ever-denser and ‘darker.’

Black holes are essentially ‘one-way streets’ that consume more matter and thus grow, which may seem obvious to us based on present-day knowledge about them, but was considered revolutionary when fully written in his 1970 paper.

Another one of Hawking’s great moments came about in a very Stephen Hawking way. In 1974, he was trying to disprove a student named Jacob Bekenstein who wrote a far-fetched hypothesis about matter escaping black holes before crossing the event horizon–that is, the atomic ‘point of no return’ for matter being consumed by a black hole.

Bekenstein was inspired by Hawking’s own eccentric style of thinking, but his paper challenged even Hawking. This interplay between professor and student was part of what made Hawking so unique–he took everyone’s ideas seriously and would work tirelessly to prove or disprove them.

When Albert Einstein wrote his theory of general relativity in 1915, he suggested that black holes existed based on cosmic events he observed and a complex set of equations involving matter and dimensionality.

He wrote that black holes had gravitational pull and ‘density’ so intense that once something passes the event horizon, there is no escaping it and it is essentially obliterated. The theory of black holes gained widespread support and acceptance as further research seemed to support their existence, though it is hard for the contemporary reader to imagine a time when black holes were not accepted as a likely theory, much less an accepted fact.


So, in 1974 when Hawking realized that his student was right, the physics community was as stunned as he was. He theorized some things can escape a black hole before crossing the event horizon–specifically subatomic particles like photons and neutrons. In certain situations, one of the two subatomic particles in a pair can be ejected from the event horizon, a process which became known as Hawking radiation.

Forty years after his first revolutionary paper about particles escaping the event horizon, Hawking published another paper on black holes which once again redefined what we know about them. This time, he suggested black holes are not quite as all-encompassing as we initially believed.

Further, he said light may actually be able to pass through some parts of black holes and release certain particles from portions of black holes that we previously thought were inescapable. However, just because matter escapes in some form, his theory goes on to state that it would not emerge in a recognizable form–that is, even if some slices of matter escape black holes, their power is still formidable and essentially destroys whatever enters them. This paper did something that no other physicist had managed to achieve: it combined quantum theory and general relativity.

The Theory of Everything 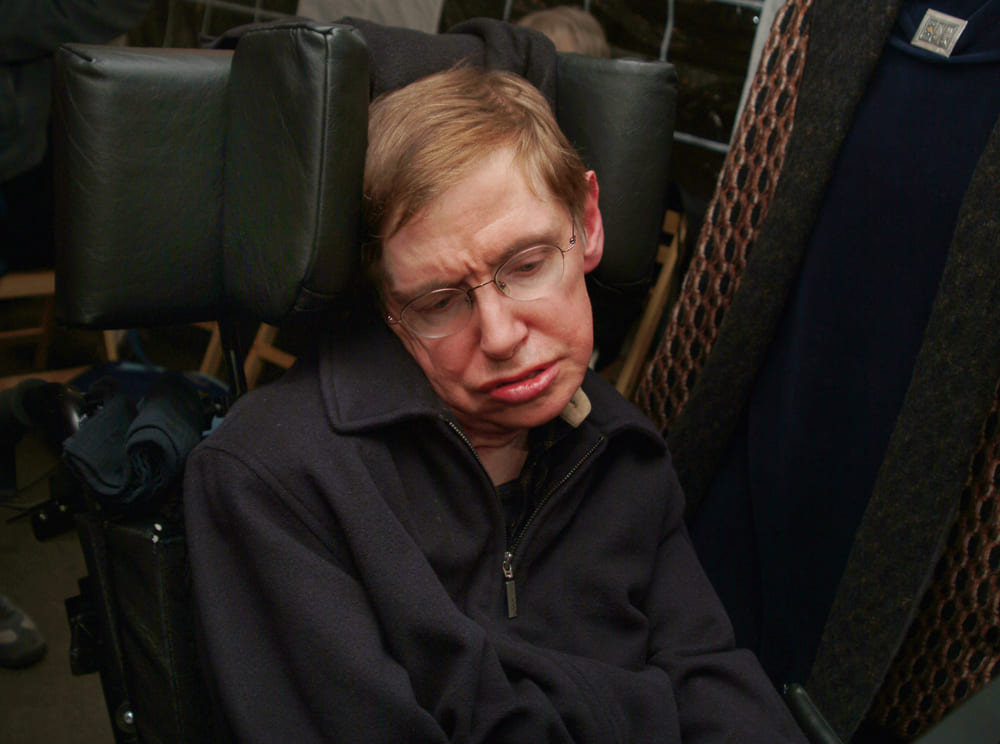 The theory of everything is a term within the scientific community that is used to describe the way that quantum mechanics and classical physics might intersect to explain the laws of the universe.

Nobody has ever fully developed a ‘theory of everything’ that can be proven or used to explain observed phenomena on earth or in the cosmos. Stephen Hawking’s formulation is considered the closest we have to a theory of everything, because his writing on matter escaping black holes–the so-called ‘Hawking Radiation’–seems to be the first time a scientist has created a comprehensive hypothesis that relies on both quantum mechanics and classical physics.

By finding a small moment in space-time where the behavior of particles and large bodies intersects, Hawking may well have opened the door for the scientific community to explore ways in which the theory of everything can be observed in space and on earth alike.

When he explained the Hawking Radiation, Stephen Hawking shocked the scientific community by theorizing particles can dissipate and escape black holes; he went so far as to theorize that when this happens, pieces of black holes can dissipate, effectively ‘losing information’ which goes against the rigid understanding of physics that is currently widely accepted by the scientific community. 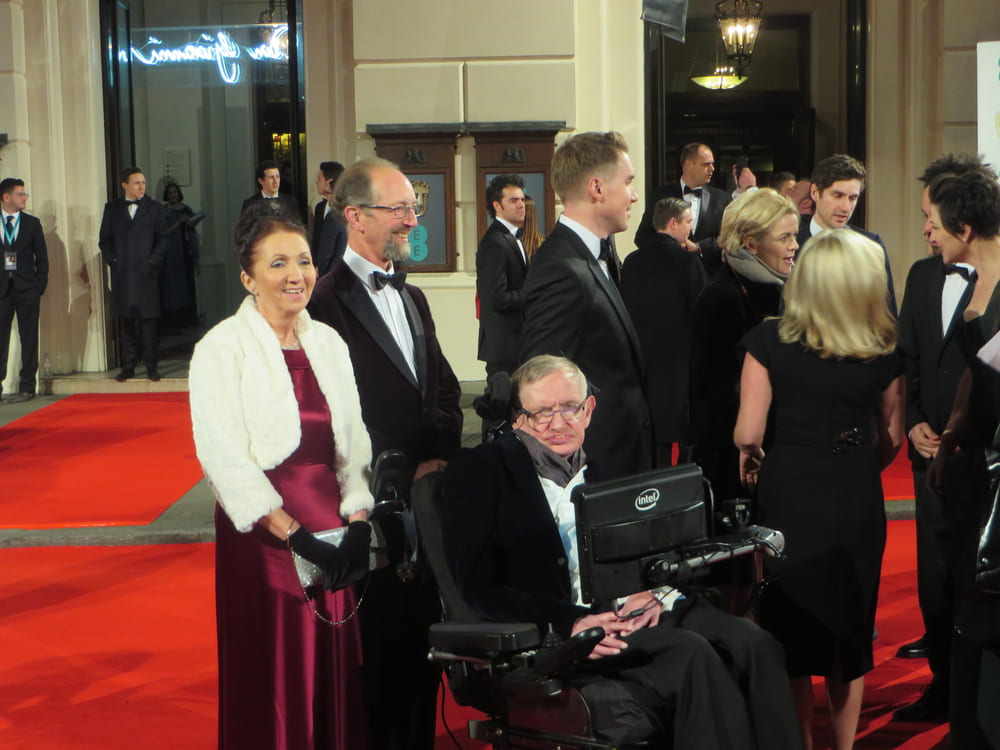 Stephen Hawking used his competitive streak and incredible intellect to propose many theories that changed modern science forever. Whether he was trying to disprove a creative student’s ideas or seeking to further bolster his theories when met with skepticism from his peers, Hawking’s fiercely independent and tireless mind brought us ideas that changed how laypeople and scientists alike understand the universe.

He beat the odds time and time again, both in his own long life with a disease doctors told him was an early death sentence and in his relentless scientific breakthroughs even when his own body essentially held his brain hostage, without so much as a hand to write down his thoughts. Stephen Hawking remained jaunty and controversial to the very end, making bets with fellow physicists and professors well into the 21st century.

This was typical of Hawking’s genius: where strict science failed him, he used creativity and an insatiable, almost preternatural connection to the cosmos to leave a legacy of hypotheses and papers that will keep scientists scratching their heads for decades to come.

Though he never won a Nobel Prize because so few of his theories were ‘proven’ in the strictest sense of the word, his legacy is far-reaching and applies to the everyday human as much as the most entrenched astrophysicist.

The Theory of Everything may never be as fully realized as Hawking dreamed, but by writing papers on the bleeding edge of science and art, he created a lexicon and a way of perceiving the universe that verges on the spiritual and will influence astrophysics for all time.