What Are The Causes Of Air Pollution & What Can We Do To Prevent It?

The issue of the environment is as current as it has ever been. And while global warming seems to occupy the news and the public imagination more than anything else, there are other environmental concerns which still have a critical impact on our lives – concerns we can’t afford to ignore.

Air pollution, which may sound quaint as we consider cataclysmic changes to the global climate, remains an important topic of environmental concern and regulation. Things such as urban smog, particle pollution, and toxic pollutants remain a threat to human health. The sources of these pollutants still require our vigilance and attention.

But why exactly is air pollution so problematic? And if it is, what steps can be taken to minimize it?

Let’s break down the what, why, and how of air pollution so that you have a full understanding of the problem as well as what solutions should be considered.

What Problems Are Caused by Air Pollution? 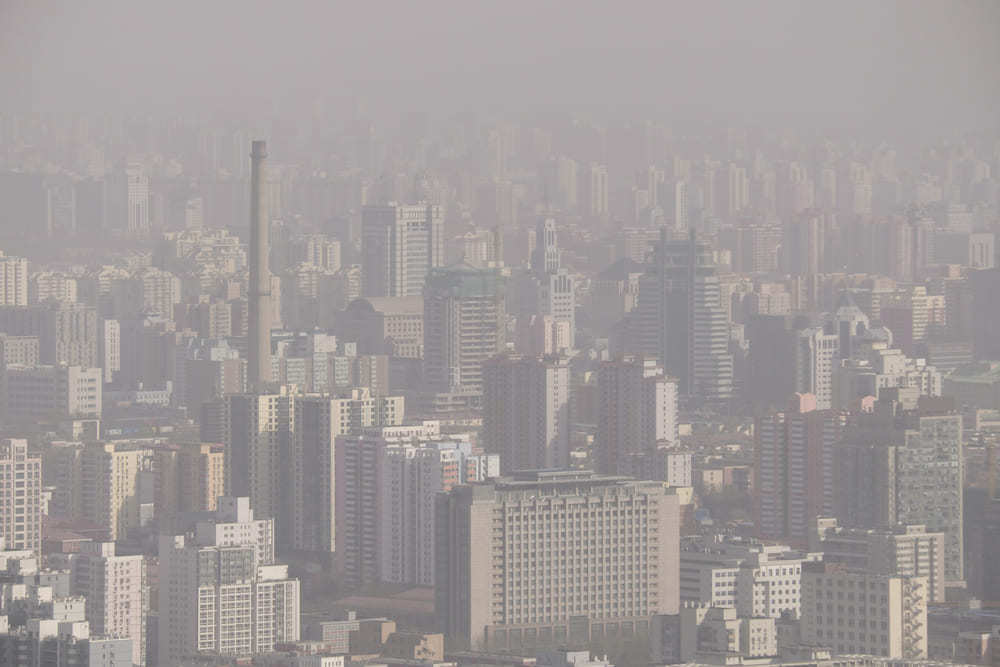 While air pollution remains a serious threat for people with health problems such as asthma, heart, and lung disease, it’s also a significant health hazard to children and older adults.

The presence of particulates and toxic pollutants aggravate, and in some cases, cause lung disease. Air pollution has an adverse effect on wildlife and ecosystems by choking off oxygen and by contaminating water sources with toxic chemicals. Many of these pollutants, nitrogen and sulfur for example, destroy habitats and ecosystems directly.

Air pollution can produce dramatic effects on the environment around us. Pollutants such as nitrogen and sulphur, two major pollutants from coal burning power plants that use scrubbers, react in the atmosphere and produce acid rain. This is a direct cause of deforestation, which in turn has a massive impact on our ecosystems. Acid rain can erode stone structures, such as buildings and statues.

Nitrogen and phosphates can lead to a process called eutrophication. These elements work as fertilizers on ponds and lakes and cause algae blooms which choke off the oxygen and cause these bodies of water to die. Although this is a natural process, environmental pollutants vastly accelerate this process. Bodies of water are turned into fetid swamps in a matter of months rather than decades.

Watch this video for additional helpful information about air pollution:

How Can Air Pollution Be Minimized? 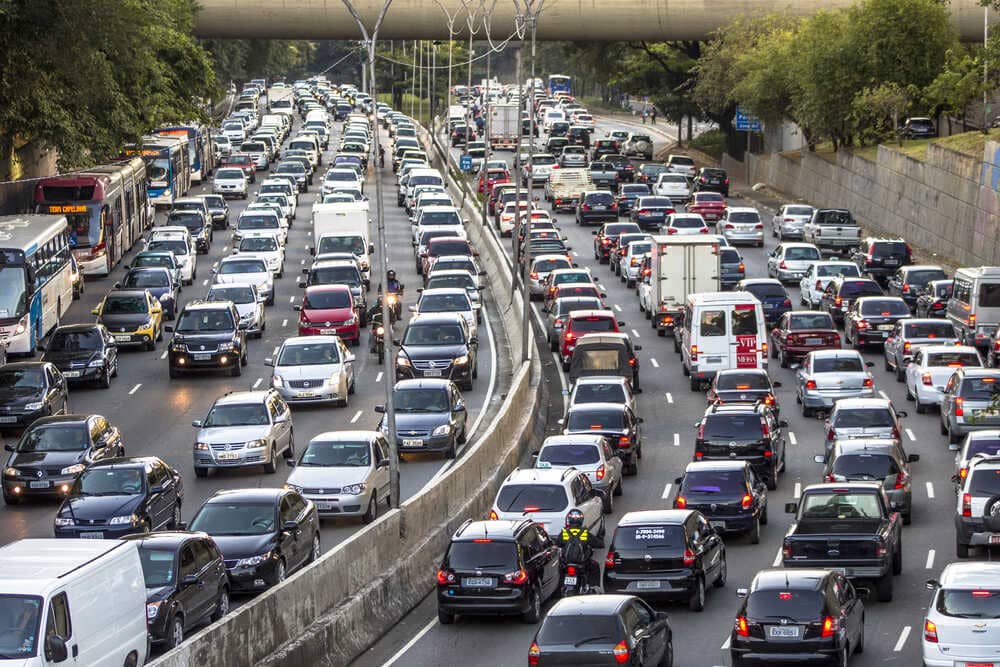 Since these pollutants are an overall ambient threat, we need to take account of the sources. There are four main sources of air pollution:


Each of these contribute to the environmental hazards which impact our health, and each are, unfortunately, integral features of modern life. We cannot simply eliminate these things from our lives.

Controlling automobile emissions is one of the most crucial aspects of air pollution control. Automobiles emit vast amounts of toxic pollutants, particulates, and gases which contribute to both air pollution. They are also a main source of  the greenhouse gases which are driving climate change.

The combustion reaction which drives the automobile leads to the production of hydrocarbons (HCs) and NOXs. The latter consist of nitrogen gases which are the result of an incomplete combustion reaction in engines. Both of these pollutants contribute to acid rain, smog, and global warming. Smog is a major source of asthma related illnesses and death.

And as we know from just watching the news, climate change and global warming are devastating conditions which will change the basic conditions of life on the entire planet. The ubiquity of the automobile places these types of emissions and air pollutants as a priority for regulation and control.

Obviously, one of the most effective measures in controlling auto emissions is to reduce the amount of auto use. However, since so much of the United States in particular is geared toward to automobile, this remains more of a long-term goal.

Thankfully, there are emerging technologies that will vastly cut down on emissions from automobiles. The increasing use of hybrid fuel cars drastically cuts down on the amount of fossil fuel consumed and therefore reduces the amount of dangerous emission.

Hybrid cars use gasoline and still emit carbon gases and other dangerous pollutants, but at a much lower rate. A gallon of gasoline contains about 20 pounds of carbon. A traditional automobile emits on average 74.9 pounds of carbon dioxide every 100 miles.

Compare with a hybrid car which emits 51.6 pounds of carbon dioxide every 100 miles. Though the problem still exists, there is a significant decrease in the amount of pollution and greenhouse gas released into the atmosphere. It is a positive step to be sure.

Alternative fuels are another option for reducing emissions. Obviously, fully electric powered automobiles are already in use and these eliminate the carbon emissions from gasoline. Other technology exists to utilize ethanol as an alternative to high carbon gasoline. Ethanol/gasoline mixtures and the types of engines which effectively run on these fuels are already on the road.

In the development phase are automobile engines which can run on hydrogen as a single fuel.This technology works in two ways: hydrogen is “burned” in the same way as gasoline and the internal combustion which propels the traditional car remains in place. Yet, a more advanced technology in which hydrogen reactions are controlled to produce electricity in an electric engine would produce no waste emissions other than water. They are still in a development phase but the technology exists. 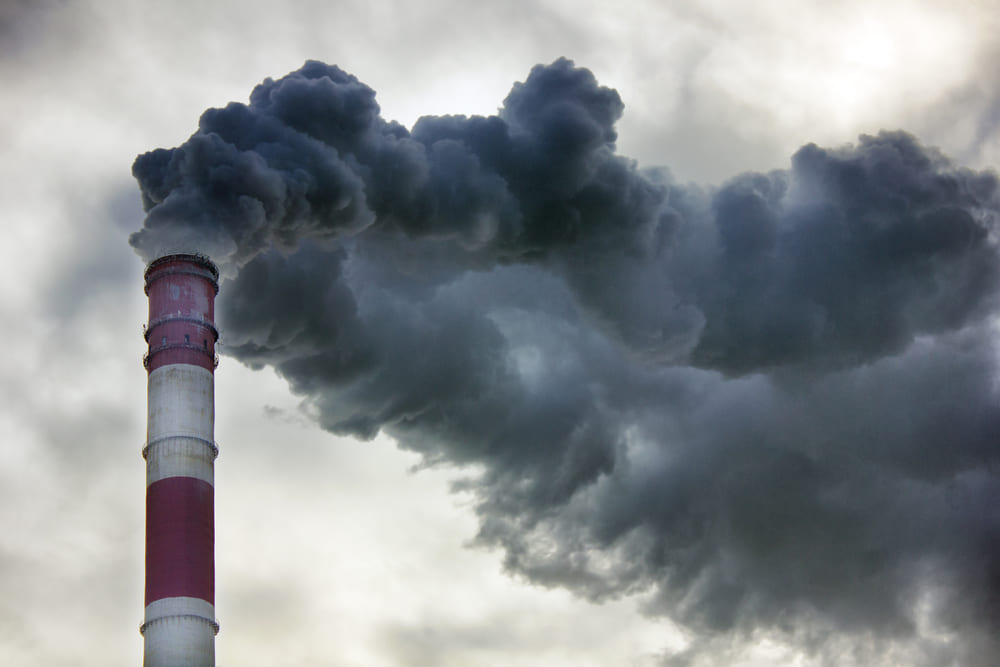 The second major source of air pollution, and a much more complicated problem, is stationary sources such as power plants, refineries, and industrial facilities. These types of industrial sources release some of the more toxic air pollutants, many of which contain oxides of nitrogen and sulfur, hydrocarbons, carbon dioxide and carbon monoxide. All of these contribute to acid rain, smog, greenhouse gases, and serious atmospheric health issues.

One of the most notorious sources of air pollution is coal. Coal burning power plants are the major sources of air-borne pollutants in the atmosphere today. As much as 42% of toxic mercury in the atmosphere comes directly from coal. As much as 3.1 million tons of sulfur dioxide and 1.5 Million tons of nitrogen dioxide, both of which cause cancer and respiratory illnesses, come from coal burning plants.

Thankfully, we have some technologies in place to control coal burning emissions such as air scrubbers, oxidizers, dry scrubbers, and wet scrubbers. Dry scrubbers, for example, can remove as much a 95% of the sulfur dioxide by spraying a slurry of limestone into the flue gases from burning the coal. This effectively removes the sulfur dioxide and prevents it from entering the atmosphere. It also helps to reduce acid rain and some of the air pollution which contributes to health problems in humans.

However, scientists who monitor air pollution and emissions which contribute to global warming assert this technology has not been proven to reduce these emissions on a scale that would make a meaningful impact on global warming and other environmental issues.

Carbon capture systems are also capable of trapping other harmful pollutants across the coal burning process. This technology is promising but again, it is still in the developmental stages and has not been put into use in real coal burning plants.

Federal agencies, including the Environmental Protection Agency, are working on implementing new technologies that will vastly reduce the three main air pollutants: particulate, chemical pollutants, and greenhouse gas emissions. The main goal is to reduce the use of fuels which produce these pollutants in the first place.

The use of alternative energy sources and renewable energy sources are the best ways to reduce air pollution. It is a matter of prevention rather intervention. All new coal burning and oil burning industrial plants are fitted with the latest technologies, scrubbers and other emission control systems, to greatly reduce the amount of hazardous emissions.

These plans include measures to retro-fit existing plants with the latest technologies for controlling emissions and to require all new plants to include these technologies. The full plan is available on the EPA website. However, this page is currently under revision. Also available is an air pollution pdf which explains many of the most current policies and provides an introduction to the most important technological innovations in air pollution control.

Simple Ways We Can Minimize Pollution

We can all do things to help control and prevent air pollution. Simple changes in the way we live can make a significant impact. Reducing the amount of energy we use around the home, for example, turning the heat down, turning lights off when not in use, using low energy appliances and lights, etc. These things make a difference.

Watch this short video for some more simple ways to reduce air pollution:

The problem of air pollution isn’t going anywhere. If we don’t start taking specific actions, both personally and as a society, the problem is only going to get worse. The worse it gets, the more we’ll suffer the consequences.

Margaret Mead said, “We won’t have a society if we destroy the environment.” We would be wise to take these sobering words to heart.