Ultimate Guide: Everything You Need to Know About Industry 4.0

In the late 19th century, the world was transformed by the Industrial Revolution and the introduction of the steam engine. In total, there have been four major waves of industrial revolutions.

The second was the introduction of electricity and assembly lines in the early twentieth century. The third, in the 1970’s, was computer powered automation that allowed people to program machines and robots to complete tasks.

Today, there is a fourth revolution that is quickly changing the landscape of industries: Industry 4.0. 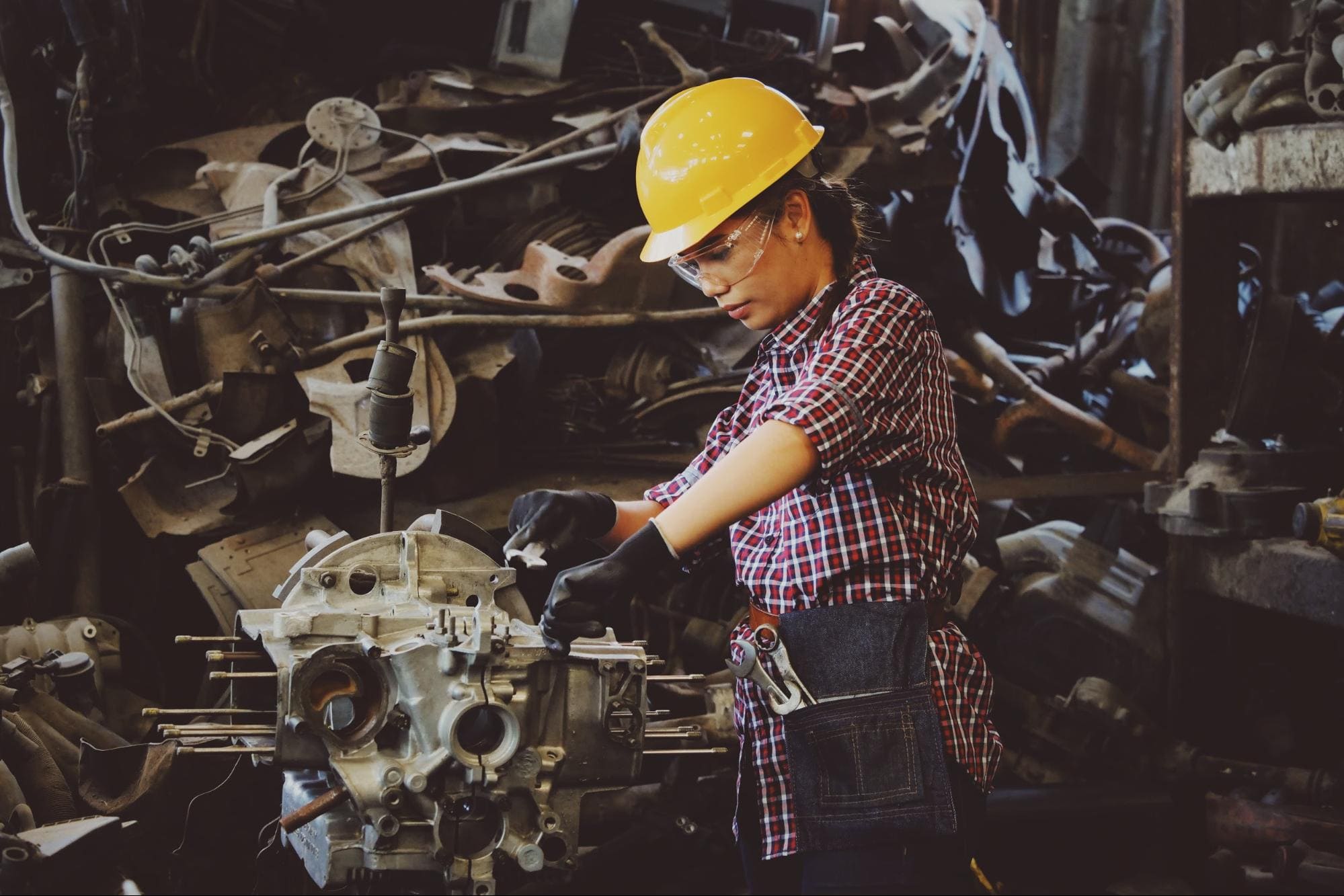 What exactly is Industry 4.0, and how does it benefit the industrial world?

Industry 4.0 can be characterized by the integration of autonomous robots and machinery and other smart technologies. It is a move toward smart technology in manufacturing with a focus on connectivity. Some people refer to this new industrial wave as machines infused with intelligence.

This revolution connects technology in organizations and in people’s daily lives. It is the combination of physical and digital technologies through nine foundational technology advances. These nine advances include:

These important pieces will be discussed in greater detail later in this article.

In 2015, Markus Lorenz spoke at a TED-curated event called, TED@BCG. It was an event that invited speakers to come and talk about ideas that would contribute to growth in the world. Lorenz spoke about the benefits of Industry 4.0 and what it might do for industries around the globe.

In his talk, he used a yogurt company as an example of how smart technology could increase productivity and reduce waste in the food industry. He explained with non-smart technology, a machine will fill and label yogurt containers at a remarkable rate. However, he claimed in essence, the machine is “dumb.” In other words, it will not know if it is labeling the yogurt container incorrectly. It may, for example, put a chocolate packaging on hazelnut yogurt.

This mistake would cost the yogurt manufacturer time and money but could be prevented with the introduction of smart technologies. He claimed 8% of food production results in “product loss,” or 50 billion dollars each year.

With smart technology, each piece of equipment would have what’s called a “digital twin” or a digital replica of what the item should look like. Had this been used in the manufacturing of the yogurt, it would have detected the jar was being mislabeled, saving the production company money and frustration.

What Are The 9 Foundational Technology Advances? 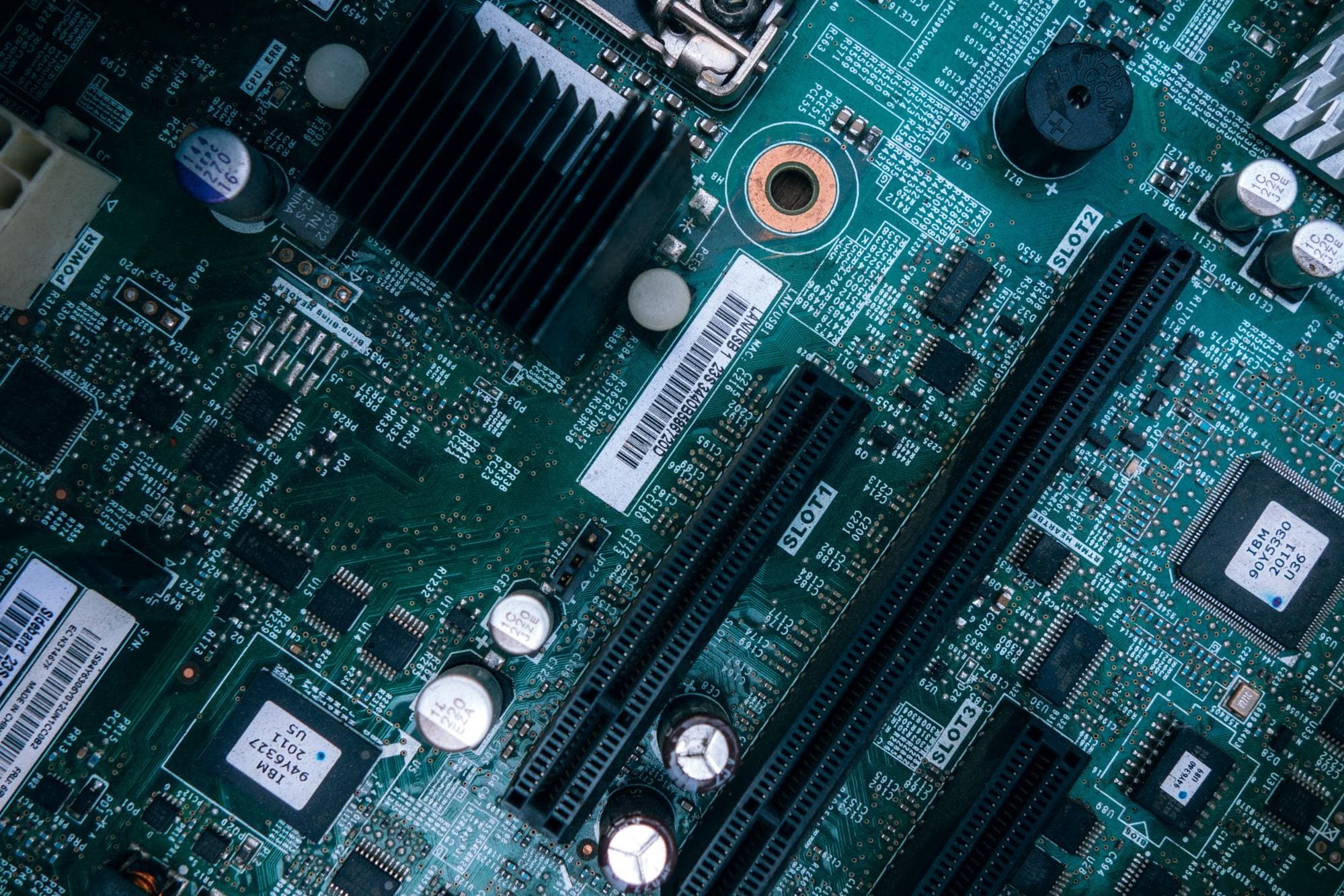 In order for the fourth industrial revolution to come to fruition, it required the invention of some pretty important technologies. Some of these technologies are popping up in households all over the world (think Google’s Alexa or Amazon’s Echo), and they’re also making a big difference in manufacturing industries.

Big Data and Analytics refers to the complex process of acquiring information about things like unknown correlations, customer preferences, and market trends. The analytics that is gathered allows businesses to make smart decisions about what they should produce or do.

This information is often obtained from things like predictive modeling and statistical algorithms.

The Industrial Internet of Things

The Industrial Internet of Things means using the internet and wi-fi to connect all parts of a smart factory or industrial plant. This can be used for machine to machine communication, sensor data, machine learning, and more.

GE Digital describes it as, “[a] network of a multitude of industrial devices connected by communications technologies that result in systems that can monitor, collect, exchange, analyze, and deliver valuable new insights like never before. These insights can then help drive smarter, faster business decisions for industrial companies.”

Horizontal and Vertical integration refers to two major components in developing smart factories. Horizontal integration is the networking of machines and systems within a manufacturing line and also between companies, suppliers, and customers.

Vertical integration is the process of connecting all levels of production from the production floor to the business level of a company. This will also help connect engineers to the actual factory level of a product they have designed.

While autonomous robots have been on the scene for a while, with new technologies, they are able to work smarter and faster. In fact, it’s likely in the not- so- distant future, the new smarter robots and machines will be able to interact and learn from humans. New technologies also allow autonomous robots to interact with each other and adjust their actions according to each new product that they produce.

As with the example with Markus Lorenz used, these autonomous robots would work more intelligently. Instead of mass producing a product incorrectly, they would be able to analyze each component and recognize a mistake.

Engineers have been using 3-D simulations for some time. However, as the Industry 4.0 continues to pick up steam, the simulations will also be available in plant operations.

Simulation allows people to have a digital copy of a real thing that they can test and manipulate digitally. This can be used for individual items, or for entire plant factories. Simulations are also helpful for employee training and overseeing production.

Philipp Gerbert, writes, “These simulations will leverage real-time data to mirror the physical world in a virtual model, which can include machines, products, and humans. This allows operators to test and optimize the machine settings for the next product in line in the virtual world before the physical changeover, thereby driving down machine setup times and increasing quality.” 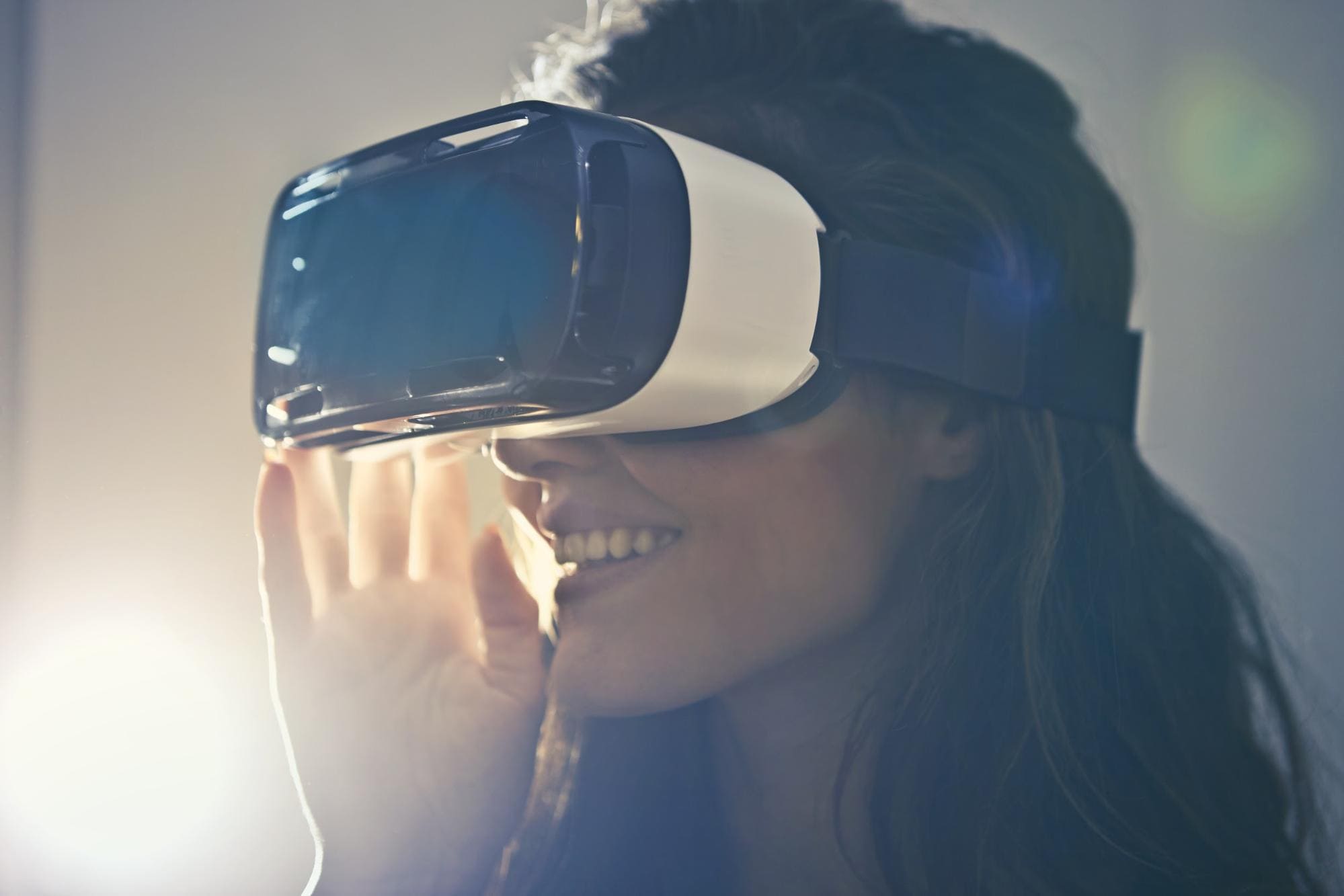 Augmented reality is a relatively new technology. Currently, this technology is used for things like selecting parts in a warehouse through robotics. In the future, engineers hope to use augmented reality to help employees both fix and use complicated machinery.

Markus Lorenz used an example of a fallen helicopter in a remote area. He said the problem could be fixed in a matter of minutes with augmented reality. His theory was a person with no experience in helicopter repair could fix it if he or she was wearing augmented-reality glasses that were connected to a central computer and knew every detail about helicopter repair. In real time, a person could be told through augmented reality the necessary process to repair the helicopter. As an overlay of the real world, it would tell a person where to place their tools and how to repair a specific spot.

With increased technology, networking, and integration, it’s increasingly important for smart factories and companies to include high levels of cyber-security. Without strong cyber-security, plants would run the risk of hacking and loss of production.

Those wanting to transform their industry into new smart technology might want to consider teaming up with or acquiring cyber-security companies.

The innovation of The Cloud allows companies to store and share the multitudes of data and information. With Industry 4.0, production companies must share a great deal of data across company boundaries. This also allows them to see and do things very quickly over cloud sharing.

Additive manufacturing is the ability to produce lower cost unique items in-house. In other words, instead of outsourcing a fitting for a customized product, a company would be able to produce it themselves. This would also help reduce product shortages.

3-D printing allows producers to create prototypes and produce individual components. This can be helpful in making small groups of parts for a customized order.

Instead of expecting consumers to purchase a one size fits all product, 3-D printing allows producers to create items that fit their customers’ exact needs. The bonus is the cost is fairly inexpensive.

What are the Biggest Deterrents for Businesses to Join Industry 4.0?

Industry 4.0 can offer a lot of benefits to a company, but what are some of the reasons industries might be reluctant to develop it, or may want to do so incrementally?

How Could Industry 4.0 Benefit Companies?

While there are some reasons for industries to hesitate before fully launching into industry 4.0, it is highly likely the benefits could outweigh the concerns. Here are some ways Industry 4.0 could benefit businesses:

Industry 4.0 Way of the Future 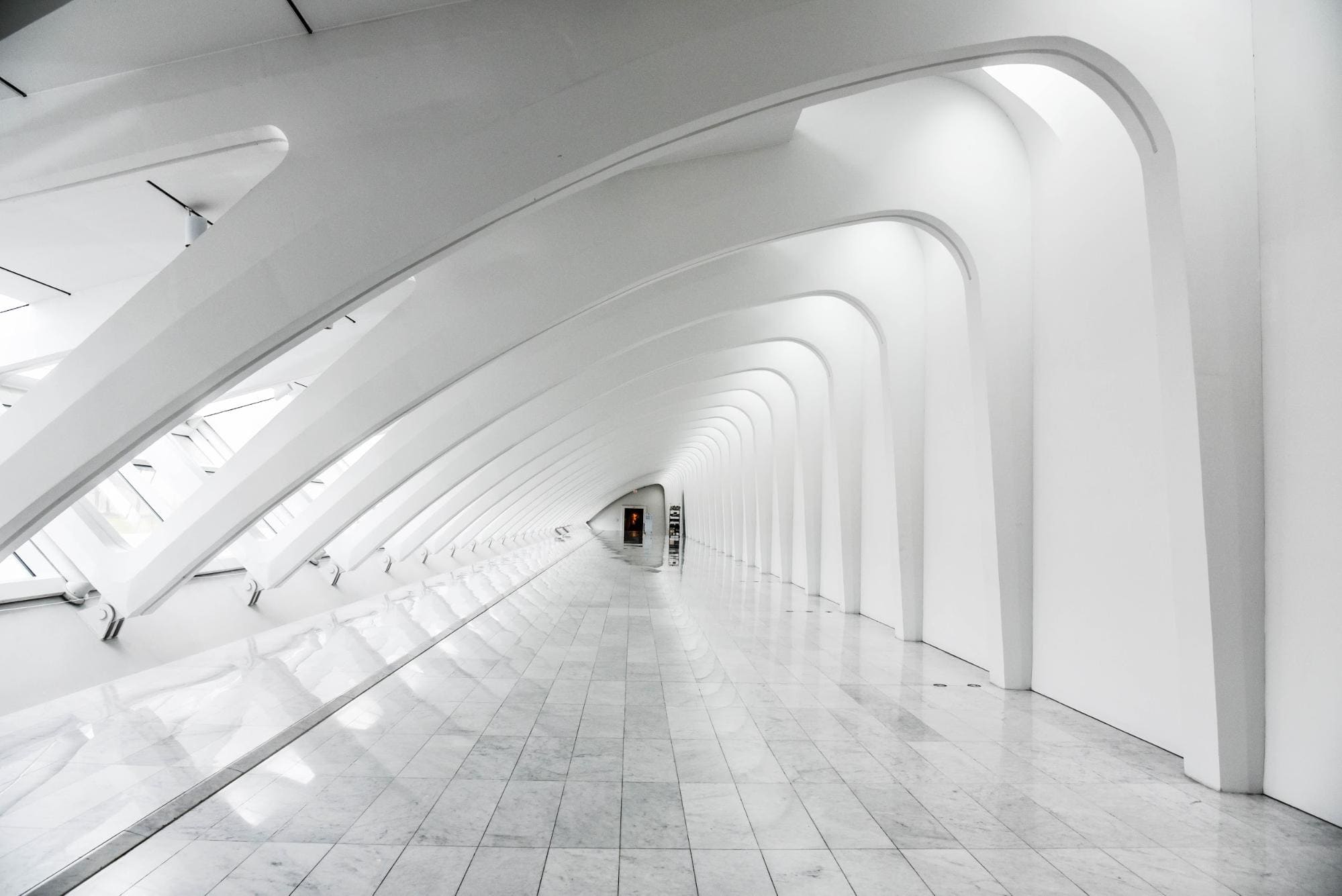 Industry 4.0 is the way of the future and is an important step in industries and manufacturing. While there are understandable reasons for companies to delay in upgrading their businesses to the new and upcoming industry models, they also run the risk of falling short of their competition that use faster, smarter technology to meet their customer’s exact needs.