The Next Thing in Camera Technology: Mirrorless! 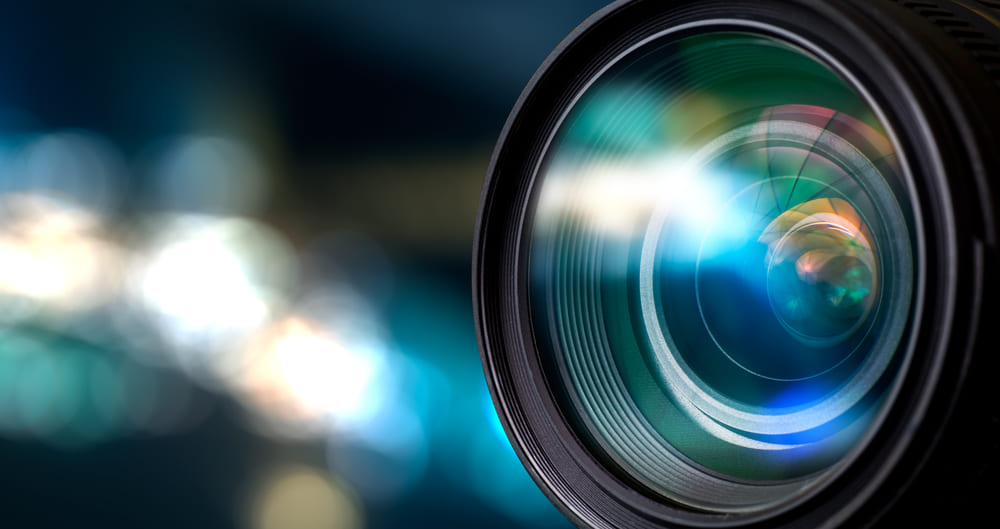 Since the first tin-type photographs in the 1800’s, photography has come a long way. Kodak 110’s, Polaroid instant photos, 35mm, digital cameras, cameras in our smartphones – it’s quite a camera world out there!

So, what is the newest enhancement to photography? The Mirrorless Camera is the current, hot trend for serious photographers, but does it really make a difference?

What Is a Mirrorless Camera?

So, what is a mirrorless camera, what’s the difference, and why does it matter? To find out, let’s take a quick trip through the history of the medium. Many of the adaptations to how cameras work have been improvements to solve a simple issue: How can both the user and whatever’s being captured be shown the same way?

Originally, photographs used coated metal or glass plates with photosensitive liquid. This would go behind the lens after the photographer looked through where the plate would be placed to frame the photo. To make it quicker, a second lens was added near the first to allow framing and focus without adjusting the primary lens.

This camera design still persists. We call them “rangefinder” cameras. The lens you look through has additional functionality, specifically the ability of setting focus.

Mirrors were added around 1900, creating two new camera types. One had a mirror that bounced the image from the extra lens onto a small translucent screen; a second lens just beneath it opened onto the shutter and the film itself. When you focused the first lens, you would also focus the second lens.

For the second design, the mirror sat between the lens and the film, reflecting the image through a prism. When you hit the shutter button, the mirror flipped out of the way and the shutter opened on the film. The next iteration of cameras used LCDs.

While the early digital cameras of the late 90’s and early 2000’s were mirrorless in a sense, the term SLR is now usually used to refer to cameras with interchangeable lenses, manual controls, and often an electronic viewfinder.

Mirrorless cameras have created a middle ground in the photography market long divided into “cheap” and “serious.” The mirrorless camera is compact, powerful, and intuitive, in some ways the best of both worlds.

What’s the Difference Between Mirrorless and DSLR? 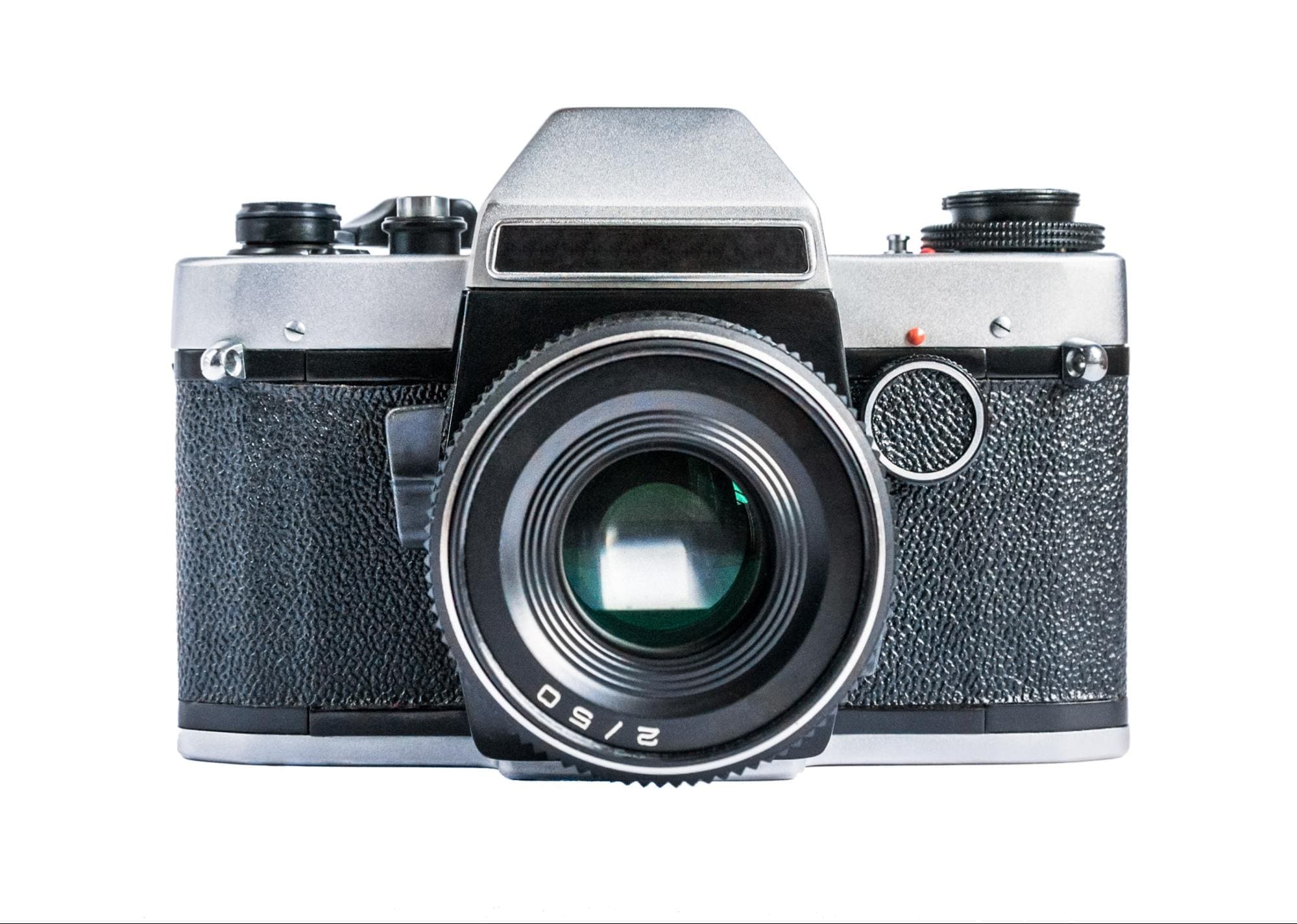 Interchangeable lens cameras are the pinnacle for serious photographers. Both mirrorless cameras and DSLRs (Digital Single Lens Reflex) offer the flexibility of different lenses and larger sensors when likened to compact cameras or smartphones. So, what are the real differences to consider?

A mirrorless camera doesn’t have the weight of a DSLR in most cases. However, the weight depends on your lens. Full-frame 70-200mm f/2.8 lenses will be will be equal in size, so weight savings is marginal.

And while mirrorless cameras are smaller, the larger grips on DSLRs are more ergonomic and preferred by most photographers. They find when you put a large lens on a smaller, mirrorless camera, the balance is odd.

The first mirrorless cameras didn’t have equally large sensors found in most DSLRs. Because the most common predictor of image quality is the sensor, mirrorless cameras now offer multiple sensors, including full-frame and medium format. Both DSLRs and mirrorless cameras have full frame and crop sensors. But do your research as not every brand offers every format.

With no mirror to bounce light from the lens up to your eye, mirrorless cameras aren’t equipped with optical viewfinders. They can, however, use an electronic viewfinder (EVF). EVFs are like LCD screens at the rear of the camera, but they’re smaller and optimized for using right up to your eye.

There are pros and cons to both types: Optical viewfinders can’t drain a camera battery, and you can always get a reliable composition. EVFs aren’t always-on with most models — some cameras require clicking a button to go between the LCD screen and the viewfinder.

But, the average mirrorless camera user should have no problem getting a full day out of the battery. You’d have to shoot more than 300 photos in a day to wear out the battery.

DSLRs have been around longer, which means manufacturers have been making their lenses for quite a while. Generally, DSLRs have more lens selection than mirrorless cameras. Do your research before purchasing mirrorless – make sure your model has access to all the necessary lenses for your needs.

All cameras, both DSLR and mirrorless, range in price from $500 to $5000. Obviously, the more expensive packages will contain more lenses and other features than a basic package.

When determining which is better for your needs, you need to examine the body styles, shutter speeds, battery life, grips, and lenses. While serious photographers tend toward DSLRs, amateurs may lean toward the newer, mirrorless cameras. 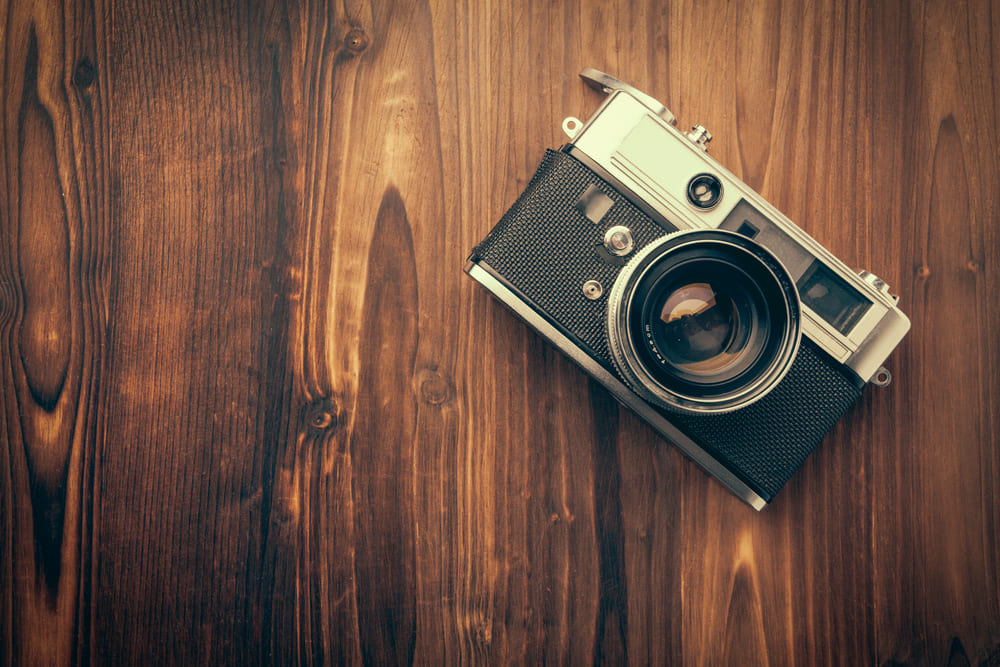 The Alpha A7 III is the entry-level full-frame camera in Sony’s mirrorless family. This camera’s 24.2MP full-frame sensor, 693-point AF and 10fps burst shooting make this camera perfect for amateurs and pros. It has the capability to shoot full-size 4K video, contains a 5-axis image stabilization system and boasts a high-resolution electronic viewfinder.

Nikon’s first full-frame mirrorless camera, the Z7, is a triumph. As a first-generation camera, we should expect the occasional hiccup, but the Z7 has been designed with consideration and exceeds expectations. A solid sensor, combined with effective image stabilization, together with a stunning EVF, excellent handling, very competent AF performance and great response throughout are the base of a camera that’s a pleasure to use.

Buying Mirrorless on a Budget

Cameras and lenses are expensive, and the manufacturers know this. Luckily, there are some inexpensive lenses for mirrorless cameras. Today’s entry-level cameras come with capable imaging sensors, and with the right lens attached, they can create amazing images. Lens selection was once a limitation of mirrorless systems, but the number of available lenses has skyrocketed as the market for mirrorless has grown.

Digitaltrends.com has listed its favorite lens kits, each one selling for under $500.

This Sony APS-C portrait lens has a fast aperture and excellent image stabilization, making this compact 50mm is a great portrait lens for any occasion, but namely for portrait photographers and videographers.

This weatherproof, compact lens is great for travelers and street photographers.

Fujifilm knows its stuff when it comes to prime lenses, and most every model it puts out is squarely aimed at enthusiasts or professionals.

With its compact design and fast aperture, this is Canon’s only lens with a decently fast aperture, and one that all EOS M owners should be happy to have in their bag.

It is perfect for EOS M shooters who want better low-light performance and portability.

In choosing the recommended lenses, we searched for features that would “provide a noticeable difference in image quality, design, and usability over basic kit lenses — all while not breaking the bank.”

And, when shopping for lenses, you have to keep in mind: you can’t have it all. All of the above options are prime lenses without zoom capability. Prime lenses have sharp optics, bright apertures, and compact designs at reasonable prices. If you want a zoom lens with similar features, you’ll be paying much more.

Before you buy, make sure you know what you want for the long term. What we want in the moment will change with the passage of time.