The Next Revolution In 3D Printing? 3D Metal Printing 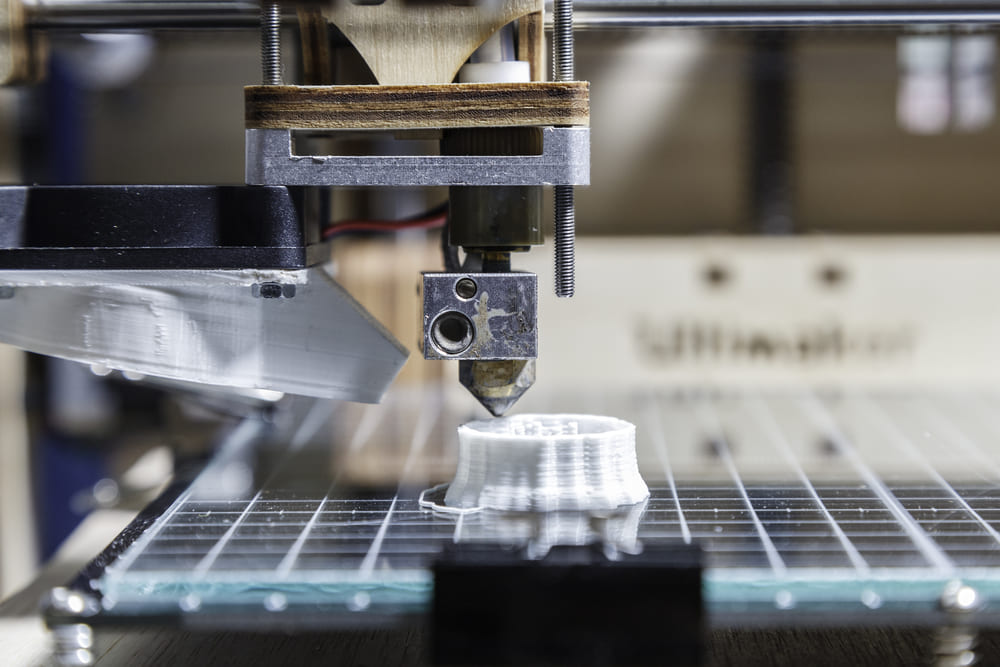 If you haven’t heard of it by now, you will soon. 3D printing is taking the world by storm. It’s an innovative new technology that can be used in a variety of industries, including health, automotive, tech, finance, even agriculture.There are even 3D printers you can buy for personal use at home. You can make anything from trophies to toys for your children. Within the next few years, 3D printing will be as ordinary as laser printing.

3D printing is evolving at a rapid pace, so much so, we are now at the point where metal is starting to be used. Here’s what you need to know about 3D metal printing.

What is 3D printing?

So, what exactly is 3D printing? In simple terms, you’re using a digital file to create a three-dimensional object. With 3D printing, you’re using what’s called the additive process. With the additive process, you’re laying down layer after layer until the object is created. This is unlike the traditional, subtractive method- which takes material away until the object is created.

Picture grabbing a piece of wood and carving away the wood until you have your object. That’s the subtractive method.

3D printing allows you to create structures with less waste, thus using fewer materials than you would with the subtractive method.With 3D printing, instead of starting with a piece of wood or plastic, you’re starting with a digital design. Then the 3D printer reads the design, and layers the materials until the structure is complete.


What is 3D Metal Printing? 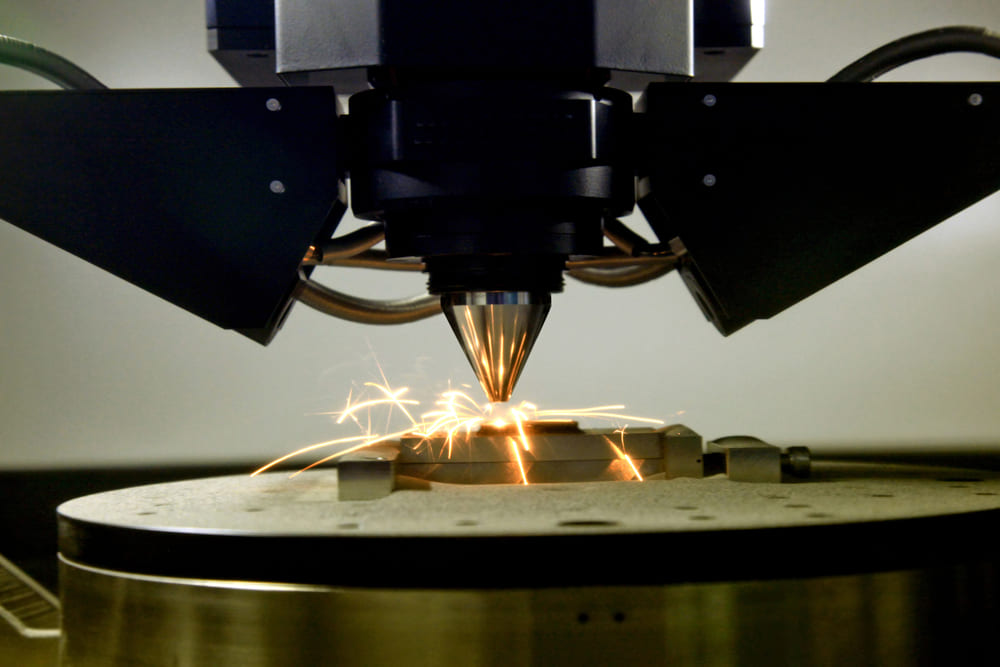 The plastics are cheap and easily accessible, making them popular for business and consumer use. Plastics aren’t the only option though. People have started 3D printing concrete to build houses and are even 3D printing food! 3D printing with metal is another option. 3D metal printing can revolutionize mass production and change the way things are done. People have been expecting 3D printing to take over for years now, but it hasn’t broken through yet. When the process to make metal printing affordable and fast is figured out, it will be a game changer.

How Does 3D Metal Printing Work?


First is Metal Binding. With metal binding, a metal powder is rolled on in thin layers, and a glue-like substance is put on top of each layer. The alternating layers of the powder and glue begin to come together and build upwards to form the structure. The process repeats until the construction is finished, which can take several hours.

Metal powder that isn’t used during the process helps support the structure and is separated once the job is complete. Once the job is done, your structure is very fragile. You put your finished project in an oven at 350 degrees for 34 hours to remove all the moisture and hardens the binding.

The second way is Powder Bed Fusion. Powder bed fusion is very similar to metal binding, except instead of the glue substance, an energy source such as a laser is used.

The laser heats up the powder in the design, fusing the metal powder and creating a solid layer. The process repeats itself until the entire design is complete.

The final way metal 3D printing works is called Directed Energy Deposition. This process uses metal wire or metal powder. A nozzle moves in multiple directions to put out the metal wire or powder layer by layer until the design is complete. Once complete, it’s melted with a laser or electron beam. This process is typically used to repair existing metal objects, but it can also be used to build new objects from scratch.

How Fast Is Metal Printing? 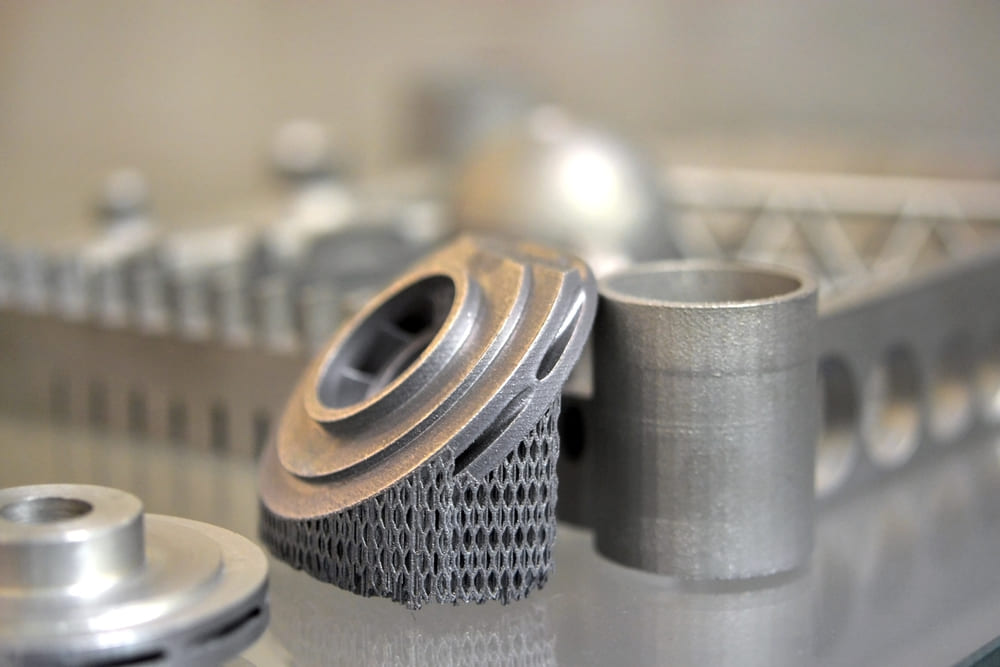 There are a lot of factors that will influence the speed of your printing. The size of the object you’re printing is an obvious factor, along with the capabilities of your printer. The type of material will also affect your printing speed. Projects can take from several minutes up to several hours and more.

With 3D metal printing, there are plans to make it much, much faster to print. Desktop Metal, a company based in Boston, has a machine they say can print 100x faster at 1/20th of the cost.

The increase in speed is due to the inkjet technology rather than the laser technologies. Right now, metal printing is only used to manufacture prototypes because of the speed and cost of the materials. With Desktop Metals new machine, they are claiming it will be cheaper to mass produce with their production machine once it’s released.

How Cheap is 3D Metal Printing?

The size of the project will also influence your cost because you’ll have to use more material to produce your design.

Desktop Metals printer will set you back $120,000. Most metal printers you will see online won’t even display a price. You have to contact them and request the price.

There are also companies now that are selling kits to make any ordinary 3D printer print metal. Those kits will cost you around $10,000.

So, as you can see, 3D metal printing isn’t to the point where it’s affordable for the masses just yet. 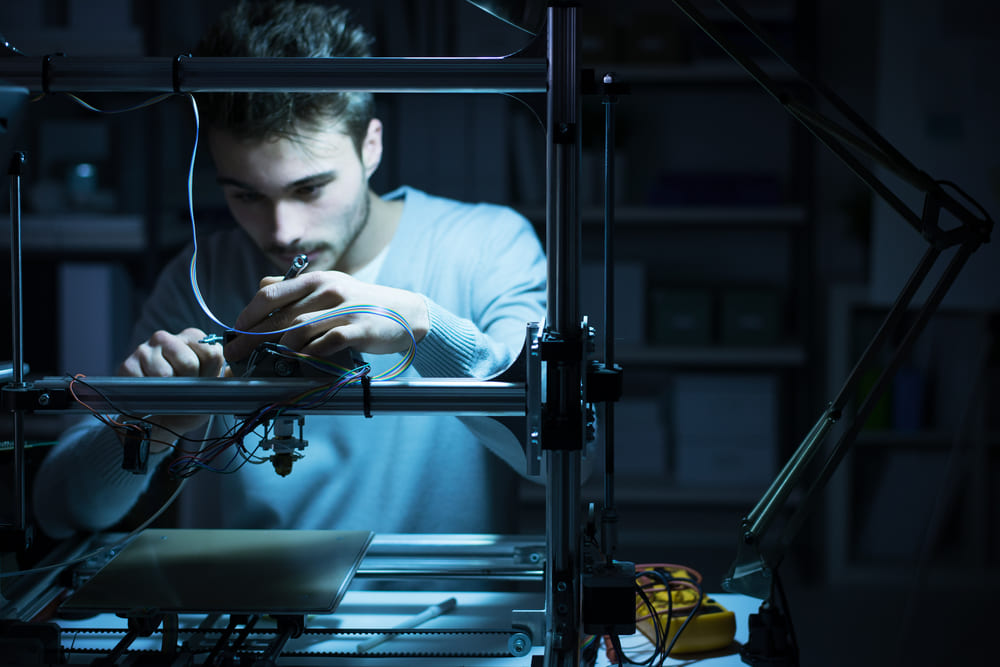 There are a few companies selling 3D printers that can print metal. The most well known is the one I’ve already mentioned, Desktop Metal.

In one of their case studies, they produced 20,000 hinges, the type you’d see on a metal watch strap, in just 4 hours.

What Are The Applications of This Metal Printing Technology?

Once the technology is suitable, the applications for metal printing are endless. Anything you can dream of is possible. Auto parts, dental accessories, hospital supplies, office supplies, drill bits, anything made of metal can be produced with a 3D printer.

Boeing could even save $3 million per airplane with 3D printed titanium parts. Jet engines, rockets and mistles, nuclear components, marine propulsion and much, much more. The list could go on and on.

The Bridge in Amsterdam

One of the more exciting projects that have used metal 3D printing is a bridge in Amsterdam. The bridge was built in mid-air! The bridge is 41 feet long and took 4 robots to complete.

It took 9,920lbs of stainless steel and six months to complete. The staff at MX3D combined an industrial robot, a welding machine, and their 3D printing software to make the 3D printers. They also plan to install sensors on the bridge that will monitor its “health” overtime. It will be installed in Amsterdam’s Red Light District in early 2019.

3D printing is about to revolutionize the way things are produced. Right now, they are mainly used for prototyping and small batch production, but the technology is catching up to allow for more extensive use of the printers.

Metal 3D printing specifically has a tremendous upside. It will change the way entire industries will have their products developed and produced. The speed of production will increase, and the cost of production will decrease, impacting everyone involved, including the consumers like you and I.

If you’re interested in 3D printing, now is the time to get on board.