The Future of Technology Is Here, And It’s Called Augmented Reality

The ways in which computer technology is redefining our perceptions of reality is staggering. By now, Artificial Intelligence is a subject of common knowledge. Most people have at least heard of Siri and many of us speak to Siri everyday.

Virtual Reality has been around for quite some time, as well. The images of people exploring imaginary realms and playing interactive games with VR are also fairly familiar. As technology seems to advance, seemingly without limit, the next phase of reality altering technology is upon us and has interesting applications in the bulk material handling industry with load cells, pneumatic conveyors, and vibratory feeders.

Augmented Reality will help us see the world around us in striking, new ways. Everything, from a simple trip to the supermarket to the ways doctors will treat patients, will be impacted, and possibly transformed, by Augmented Reality. 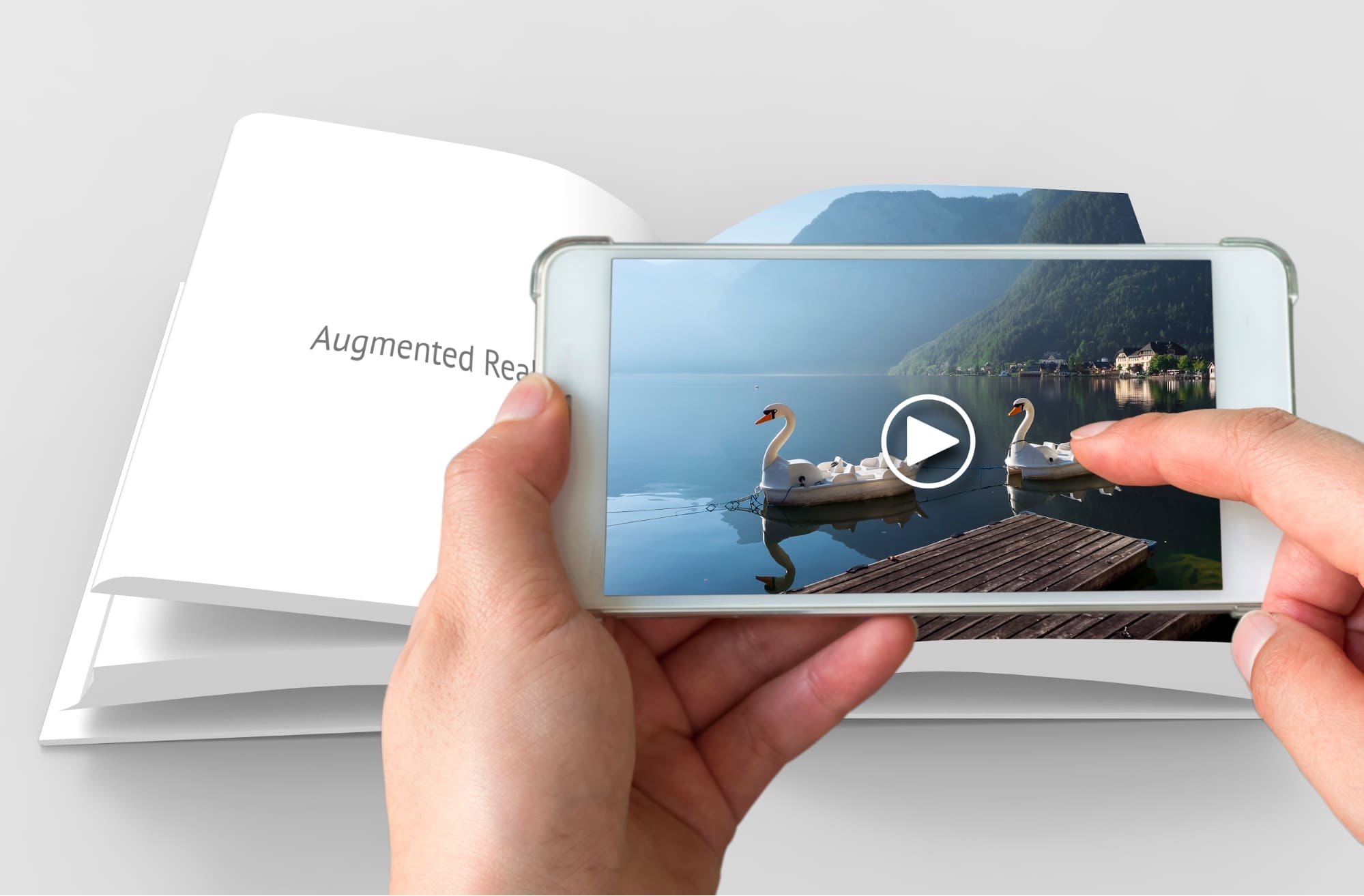 Historically, Artificial Intelligence always appeared to be the extreme of technological dreams and nightmares, with our visions of “thinking” computers. The idea that computers could make decisions and adapt to situations in ways that mimic the human mind has always seemed the outer limit of technology.

However, these outer limits have begun to enter our lives with Augmented Reality, which goes beyond computer driven ideas and images. Augmented Reality literally enhances our world– our lived experience— with images, sounds, sensations, and smells.

AR involves systems which process data and then learn from that data in the manner of a human mind. Augmented Reality, “…is a technology that layers computer-generated enhancements atop an existing reality in order to make it more meaningful through the ability to interact with it.”

Much of this has been developed in gaming systems. For example, Pokemon Go, which places animated characters on your mobile phone screen while you walk around the neighborhood is an example of AR.

Augmented Reality enhances our real world by projecting images, sounds, and sensations onto the world we are actually living in. For example, using technology built into smartphones, a body-mounted camera, and triggers on our fingers, we could look at an item in a physical store and, with a flick of the wrist, see a computer generated visual of all similar items available. Or we could see recipes and full cooking demos as we look at food in the grocery store.

AR can take the place of real things. For example, a company called SixthSense has developed a system which can project an actual watch onto your wrist so you can tell time without having anything physically on you. The experience of wearing a watch, and the function of the watch, are replaced by Augmented Reality.

Put simply, Augmented Reality works by projecting images of virtual objects into our physical world, with the purpose of enhancing our experiences. In industry, this may be useful for fixing large machines. If a machine is able to project an image of its internal form into the physical world, an engineer may be able to more easily diagnose where the root of a problem lies, without having to dismantle the equipment to search for it.

How Does Augmented Reality Differ from Virtual Reality? 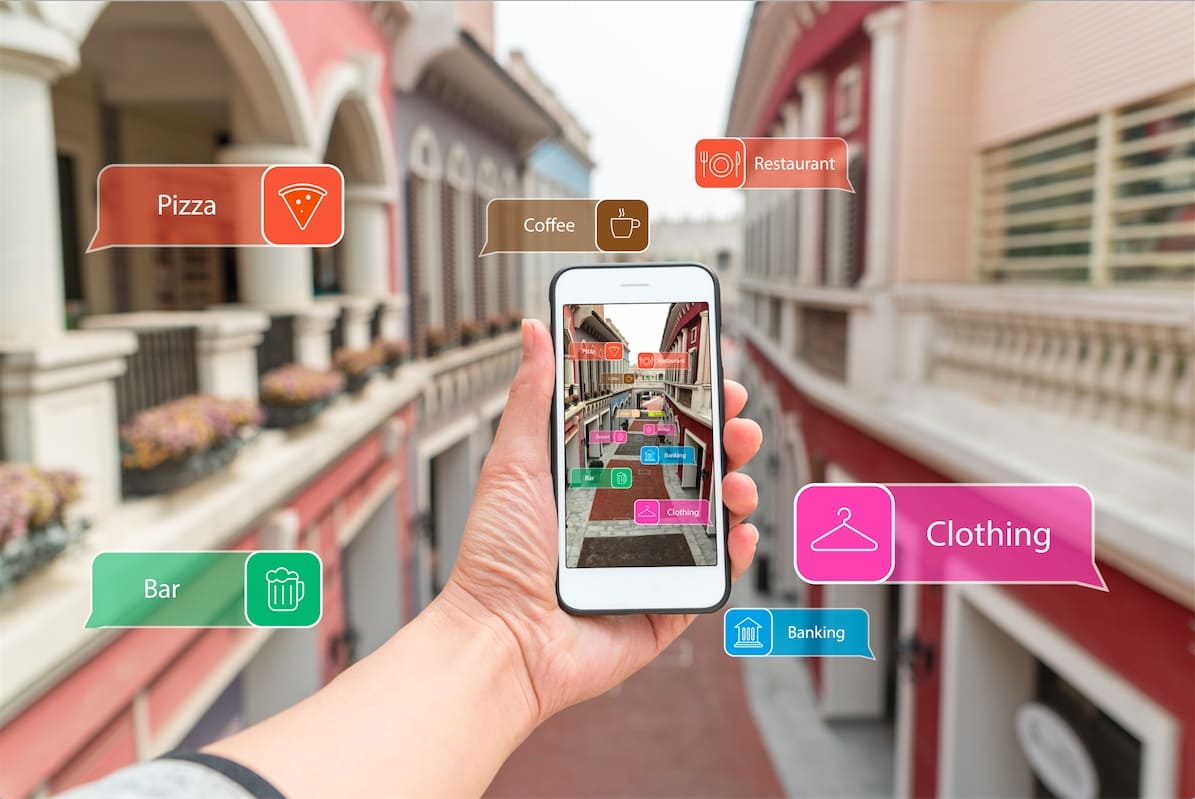 Picture those head mounted goggles in which another world is made to appear quite real but exists only in a computer generated environment. Augmented Reality, by contrast, actually comes into the world in which we are already living. The computer generated images and information exist next to or on top of real things in the world around us.

Again, a great example of this is PokeMon Go. While playing this game, people walk around in very real geographical spaces, all the while looking at and playing with computer generated images which correspond to those real places. 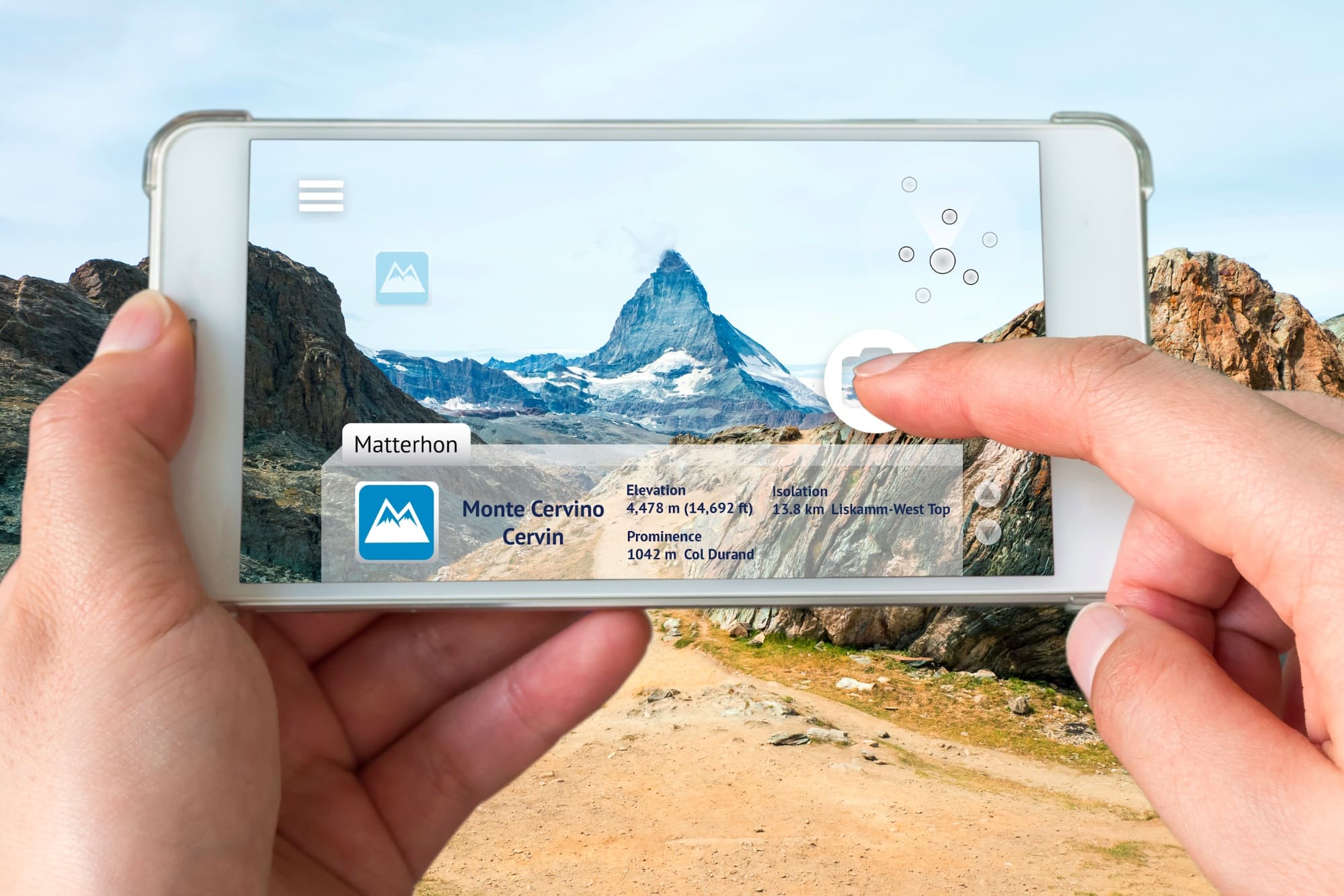 The technology described above, like that of SixthSense, is actually quite advanced, and requires at least a few pieces of special equipment. Because of this, we are more likely to use Augmented Reality systems built into our smartphones in the immediate future.

There are already AR-using apps for iPhone and Android. Programs such as Layar, already in use in the Netherlands, work with the phone’s camera and GPS, allowing users to get information about their surroundings. This program makes it possible to point the phone at a building or house and instantly have access to historical data, real estate information, and other details. Layar can tap into other photograph databases and Wikipedia, as well.

While Augmented Reality certainly does conjure images of the Star Trek Holodeck, the more realistic application is fairly down to earth. Imagine looking for a home and all you need to do is point your phone at a house to see all available information about that property. This type of situation is where Augmented Reality meets practicality.

The Competition In Augmented Reality 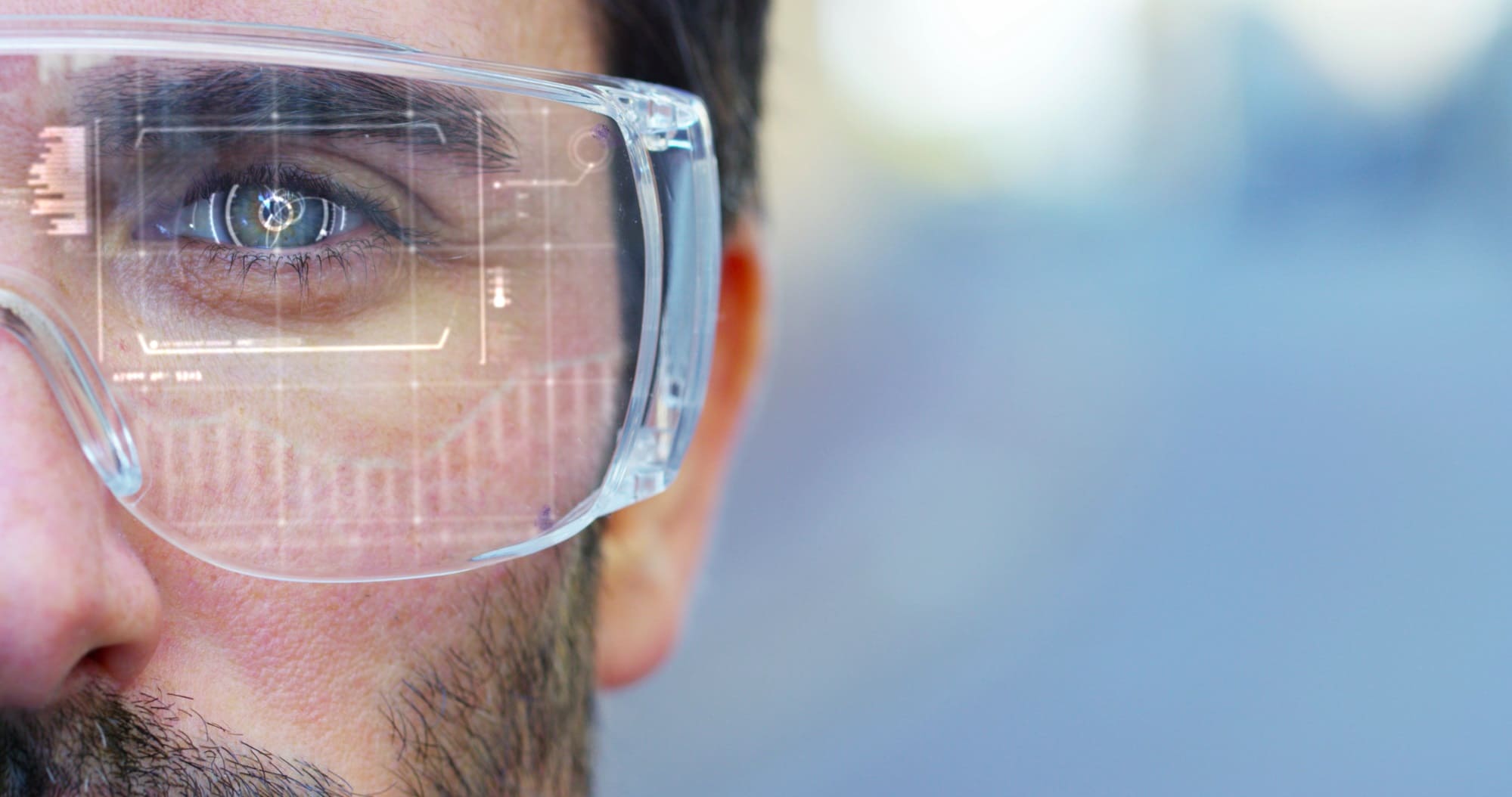 Apple has their system ready to move, and it is compatible with most of their existing operating systems. The “Apple ARKIt” will work with most existing iPhones, including some of the older versions.

This app will work with the iPhone 8 and the demos were, by all reports, pretty astounding. To name a few examples, the ARKit was shown projecting Augmented Reality images of SpaceX rockets blasting off from swimming pools and the performance of the old A-Ha video of “Take On Me”.

Meanwhile, Google is poised to compete with their own system, which is compatible with the high-end Samsung Androids. However, they face the challenge of developing a program which will operate with the vast diversity of Android phones and varying degrees of sophistication between each type of phone. 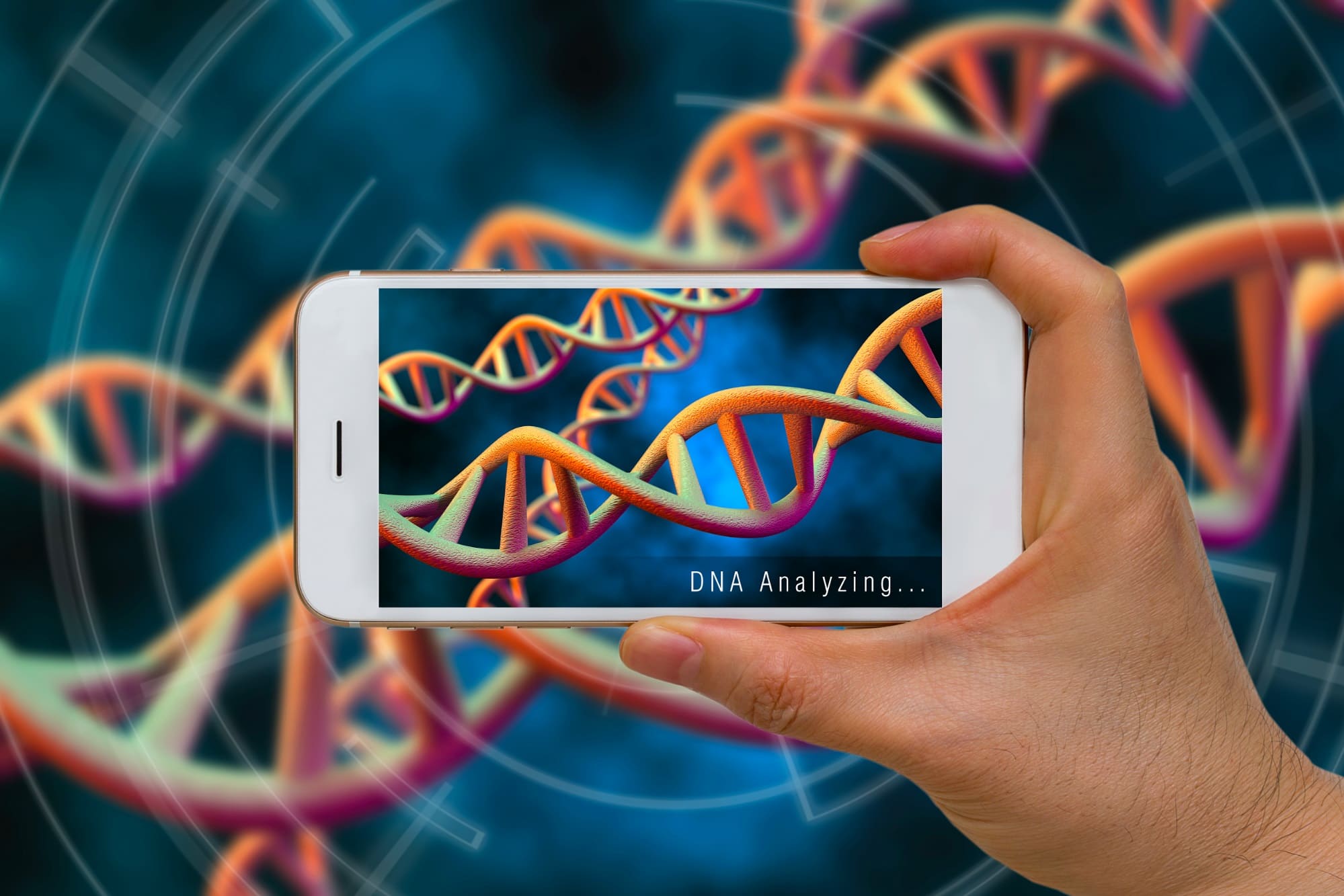 The Layar AR browser mentioned above can be installed in a smartphone so Automated External Defibrillators can be immediately visualized and found. Rather than looking around for an AED in an actual emergency, responders can simply look at a smartphone and see exactly where they are located, shaving seconds off of a deadly emergency.

Nurses can utilize the same technology to “see” veins in a patient’s arm when giving injections. The diagram and subcutaneous terrain under the skin will be rendered seeable by AR technology.

There is even technology in development which makes it possible for surgeons to create 3D images of tumors so they can visualize what they are doing in complex surgery with no invasive exploratory techniques.

The technological applications for health-related Augmented Reality can even give us digital contact lenses. The more realistic applications would be permanently correcting eyesight, obviously, but it’s fun to imagine how this application could be used for everyone. We could read and turn the pages of an ebook with the blink of an eye.