The world was formally introduced to the concept of “drones” through the use of unmanned, remote-control airplanes used in tactical military missions around the turn of the 21st Century. It seemed like science fiction, and much of how they worked was shrouded in controversial secrecy.

It wasn’t long until the first consumer drones hit the market, replacing spy photography gear or weapons with consumer-grade cameras that fit on tiny helicopter-looking contraptions that fly using a standalone remote control or a connected app via smartphones.

In the years since, Jeff Bezos has boldly claimed Amazon will one day use an army of drones to deliver packages even faster than it already does, while virtually every Instagram photographer has started using drones to achieve a unique perspective on otherwise-common images.

In addition to the far-flung and the trivial, drones are already transforming many jobs and industries, with more to come in the near future. 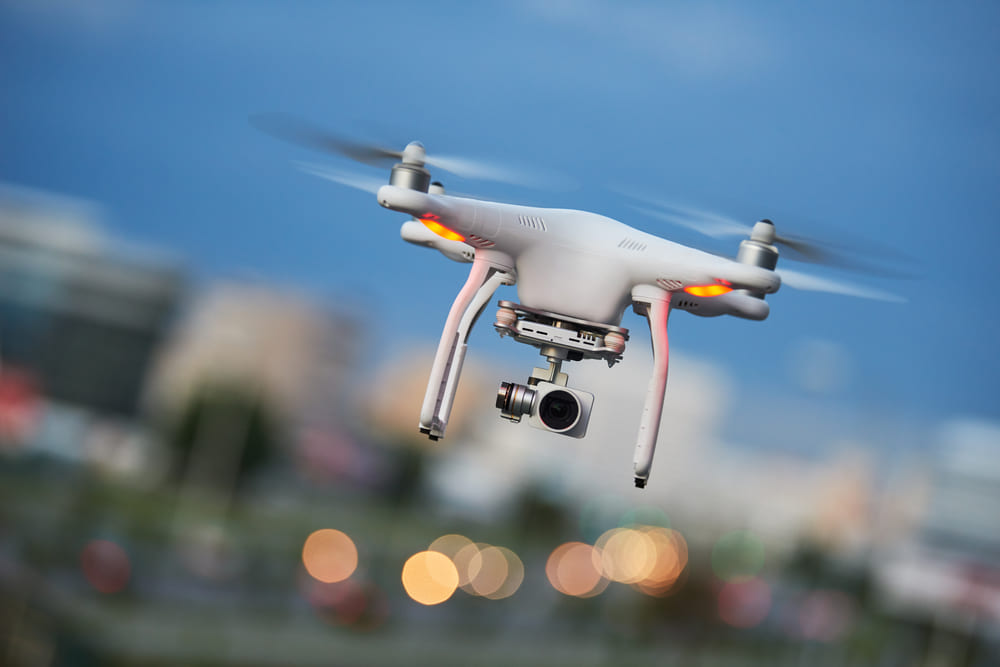 Almost everyone who looks at a consumer-grade drone will sum it up as something along the lines of “a remote-control helicopter.” Drones and helicopters both use rotating blades to generate vertical lift, but the four diminutive blades on most drones act to provide a more stable flight with more potential for micro adjustments than a single blade would provide.

Plus, a set of two-or three- inch blades can’t inflict nearly as much damage as a single 12-inch blade might!

Like helicopters, the rotating blades generate lift through thrust. The faster the blades spin, the more thrust a drone generates. Thanks to the incredible amount of computing power packed into even the most entry-level drones, users can pilot a drone using a simple joystick interface while the software behind the scenes makes a staggering amount of calculations.

Want to tilt the whole drone a few degrees to change the camera angle, while still flying slowly forward? Two joysticks handle pitch, horizontal travel, and vertical climb or descent. But the four propellers are all playing off each other in incredibly complex ways, acting to generate differing amounts of lift fore and aft to create a suitable angle for the camera, then holding that angle while adhering to the user’s desired control inputs.

If you go to YouTube and watch any videos made by the latest round of drones, the stability is staggering; the videos often have an almost eerie quality to them because of drones’ unique ability to fly lower and maneuver more quickly than helicopters, all while the drone operator previews video footage in real time.

The four blades offer a surreal, stable, silent flight pattern that means drones have replaced helicopters for even the majority of professional and high budget film projects. 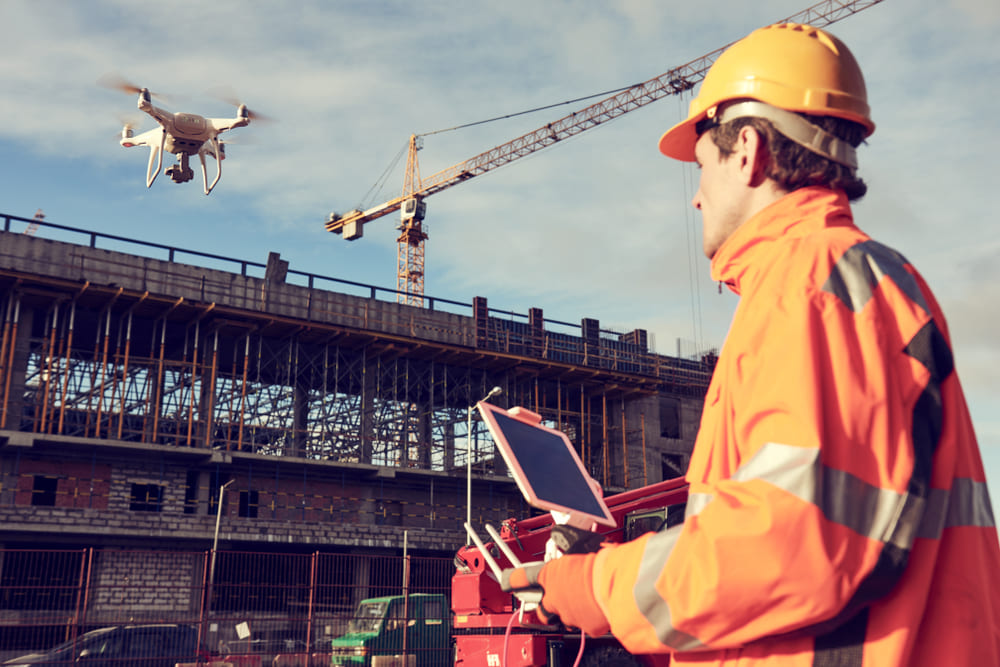 Aside from putting amateur photographers in the sky to capture shots that just a decade ago would have required an expensive helicopter charter, drones are enjoying  widespread adoption across a wide array of industries.

Here’s a look at a few of the way’s drones are already transforming our world by placing cameras in the sky.

Security cameras have been in use for decades, but now cameras can be operated beyond the realm of traditional mounting points on buildings or pillars.

From border patrol to seeking out missing persons to simply monitoring large crowds, drones are making the world more secure and providing a tool that dramatically cuts down on costs and the environmental impacts associated with helicopter flights, all while minimizing the disturbance created by choppers at low altitudes.

Infrared technology paired with the flight abilities of drones allows firefighters to identify blazes the moment they ignite, long before smoke may be visible on the horizon. And some fire agencies are now testing unmanned firefighting drones which actually can deliver flame retardant like today’s firefighting planes and helicopters. 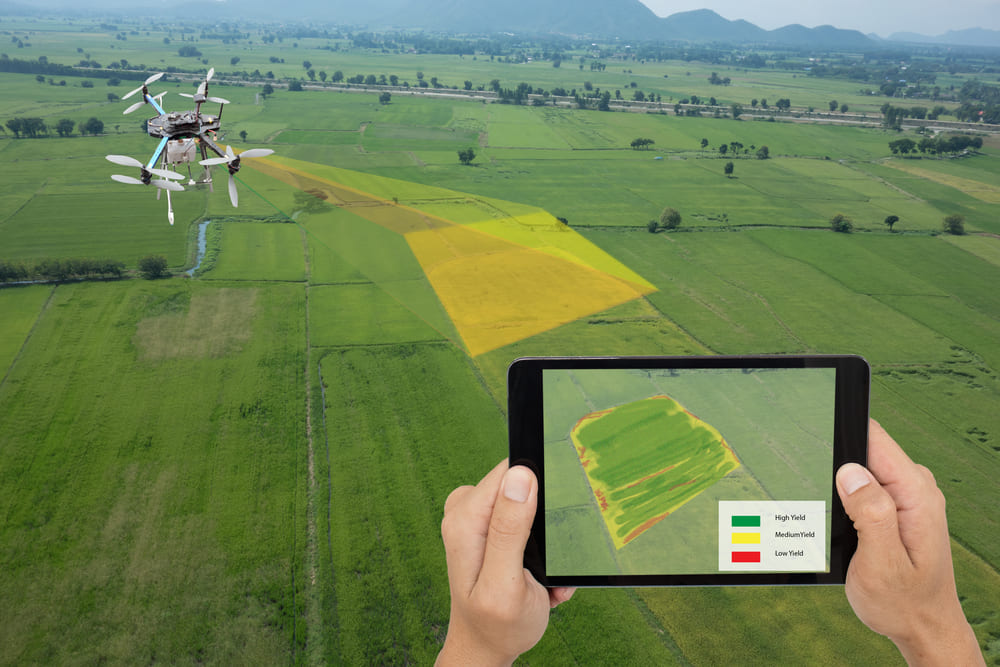 Farmers have made impressive use of drone technology. There are early versions of drone crop dusters and specialized fertilizers, and these applications are poised to grow as commercially available drones grow in size and power.

And instead of walking the rows to monitor crop health and yield, drones allow farmers to survey massive amounts of land in minutes instead of hours–or even days. The increased efficiency of crop monitoring will lead to more efficient farming, while infrared technology again allows yield and health to be monitored at more precise levels than ever before, thus minimizing waste and maximizing crop production.

From massive drones that glide high above where most airplanes fly and can circumnavigate the globe without stopping to tiny drones that ride wind and oceanic currents to study how they work, scientists are using drones to study wildlife, identify weather patterns, monitor the ozone layer, and plenty of other amazing uses.

From minimally-invasive photography and videography, to massive surveying and mapping projects, drones are capable of going places humans cannot; and are much cheaper and safer to operate in hazardous conditions like hurricanes or remote environments with no developed landing strip.

Aside from the consumer-facing uses that remote-control flying cameras provide, drones have revolutionized industry applications like real estate photography and inspections and even hazardous industrial inspection procedures.

Whether it’s providing an aerial video tour, inspecting buildings for structural damage, or providing routine inspections to risky structures like power plants or offshore oil rigs, the ability to get a camera up close and personal while maintaining a safe distance is potentially a life-saver in more ways than one.

Plus, who doesn’t like seeing a bird’s eye view when shopping for new houses? 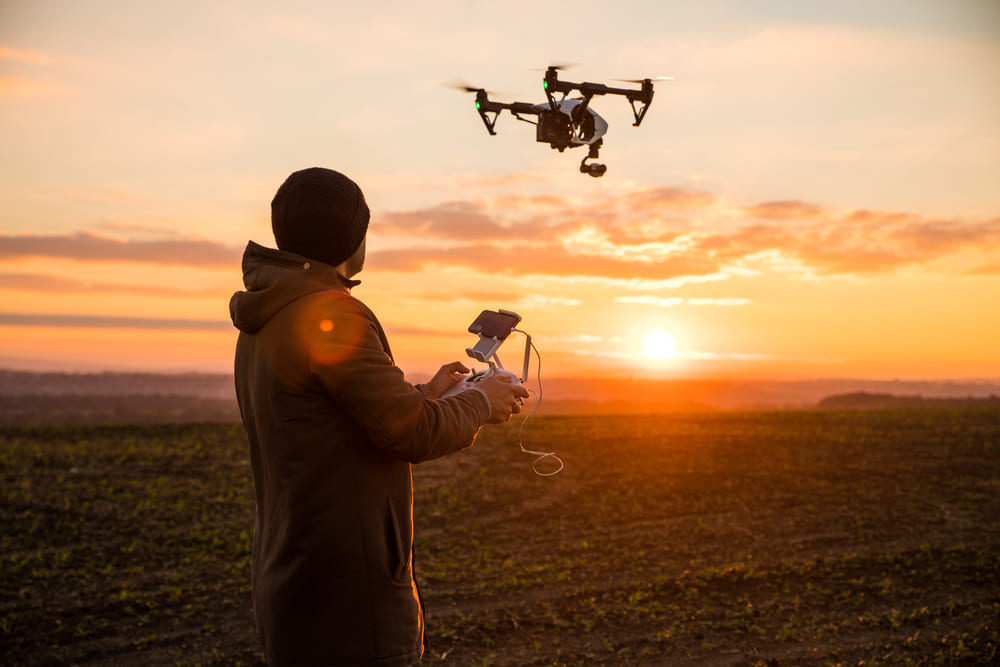 Perhaps the most notorious futuristic drone application is Jeff Bezos’ bold vision to deliver Amazon packages via a fleet of drones. His plan was immediately met with huge amounts of skepticism and naysayers who envision the logistical and safety nightmares associated with automated drones zipping all over urban areas while hoisting boxes full of who-knows-what.

And while the AI technology may not be sophisticated enough to consistently and safely deliver packages on its own (yet), the drone technology is essentially ready today.

Domino’s has tested pizza delivery drones, and while it may sound like a tongue-in-cheek imitation of Amazon’s plan, delivery services have many reasons to like drones–from lower costs to quicker delivery times, the ability to fly a direct line rather than driving convoluted city streets provides an intriguing look at what technology could accomplish.

And beyond the realm of science-fiction pizza delivery and benevolent delivery service drone overlords, improving drone technology will further enable the next generation of many of today’s use cases all while offering up new possibilities as the technology matures.

Some of drones’ future relies on regulators, who are still waging battles at city, federal, and international levels to decide just what to classify drones as and what the rules are for them.

It is clear drones are priceless tools to many industries, while many applications will emerge as technology improves and breakthroughs allow other tools and devices to be combined with drones to create applications like firefighting and farming drones for other industries.

Environmental scientists are already using drones to study weather patterns and map the changes in water levels in the most remote (and heavily-affected) regions of the world; soon, they will be able to fly farther, stay in the air longer, and take an even wider array of measurements. As battery and signal technologies improve, so do the overall capabilities of drones.

Drones Are the Future 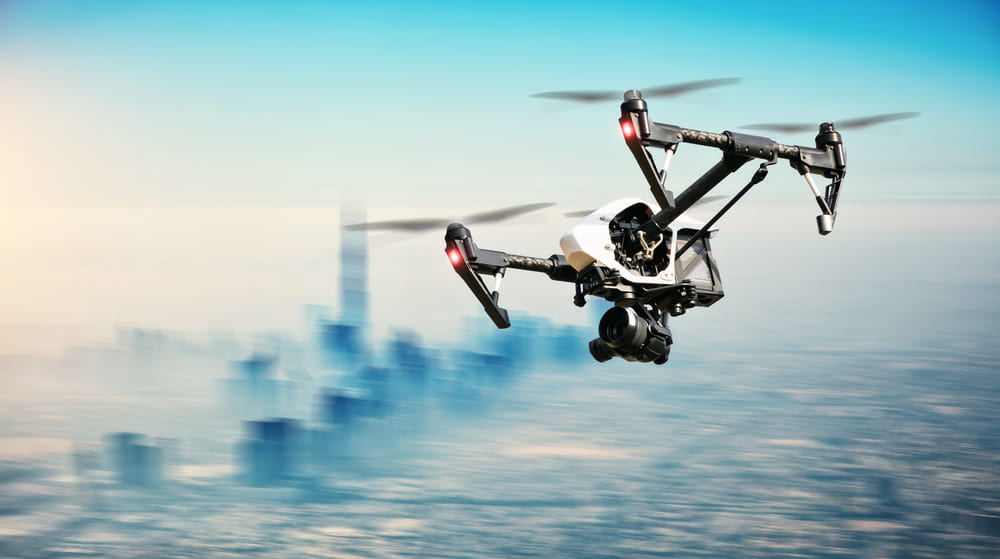 Today, most drone users focus around the ability to connect cameras or other sensors to small, remote-controlled devices. Tomorrow, drones may be able to deliver payloads to specific places or even carry people to inaccessible areas for far cheaper than today’s specialty transportation offerings. From remote Alaska to heliskiing in the Alps to military missions, vehicles that do not require pilots could provide quick rides to individuals by acting as ‘air taxis’ in places that do not have extensive road networks. Not to mention the fact you could live on your own private island and still order a Domino’s Pizza.