The 4th Industrial Revolution Is Here. Are You Ready?

Once every century (give or take), society and technology undergo a massive revolution. Suddenly we see major changes coming hand in hand with scientific discoveries. The wheel, fire, papyrus, Guggenheim and his press, the steam engine – all enormous, incredibly profound inventions that flipped the world on its head and created new realities.

There’s a reason the printing press ushered in the age of reason, and turning coal into energy heralded in the Industrial Revolution. Technological revolutions build upon each other.

Back when man had only simple, crude tools, such advances took generations. As we evolved, each breakthrough galvanized and propelled the one that came after. 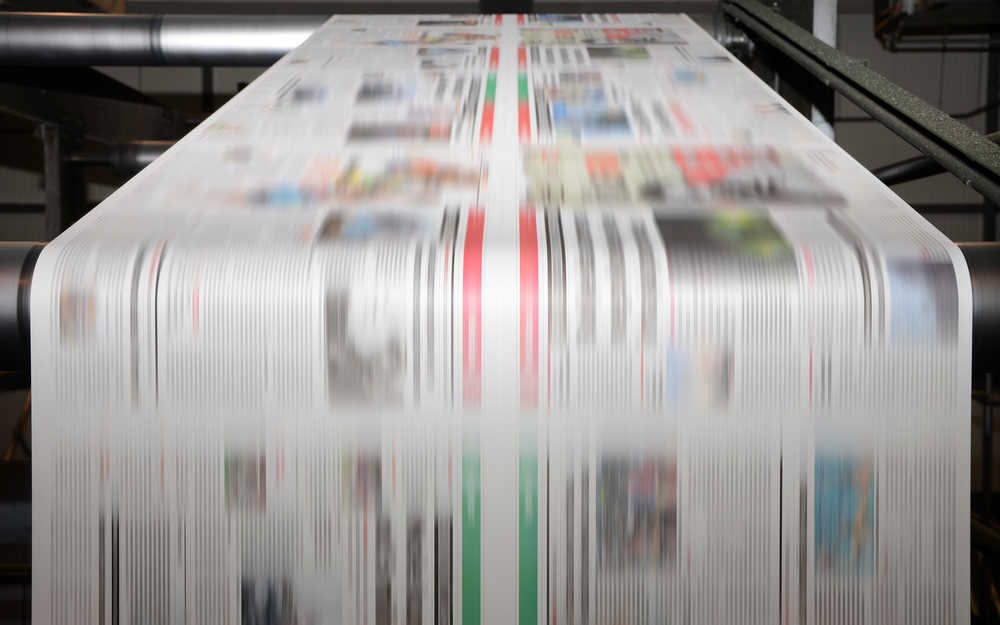 Guggenheim’s amazing machine permitted people from around the world to amass knowledge. Steam and locomotives shortened distance. Computers crunched logistical and mathematical problems, and so on.

Now that we have blistering fast microprocessors, zetabytes of data, and the infinitely connected internet, these gigantic leaps in technology no longer occur once in a lifetime, but once every turn of the clock.

“Today’s technology is old by R&D standards. The top of the line computer you purchased today, is already obsolete the second it when into production.”

Once again, we stand on the brink of such a change. We are quickly approaching a new era that many are calling, “The Fourth Revolution”.

What Is the 4th Revolution? 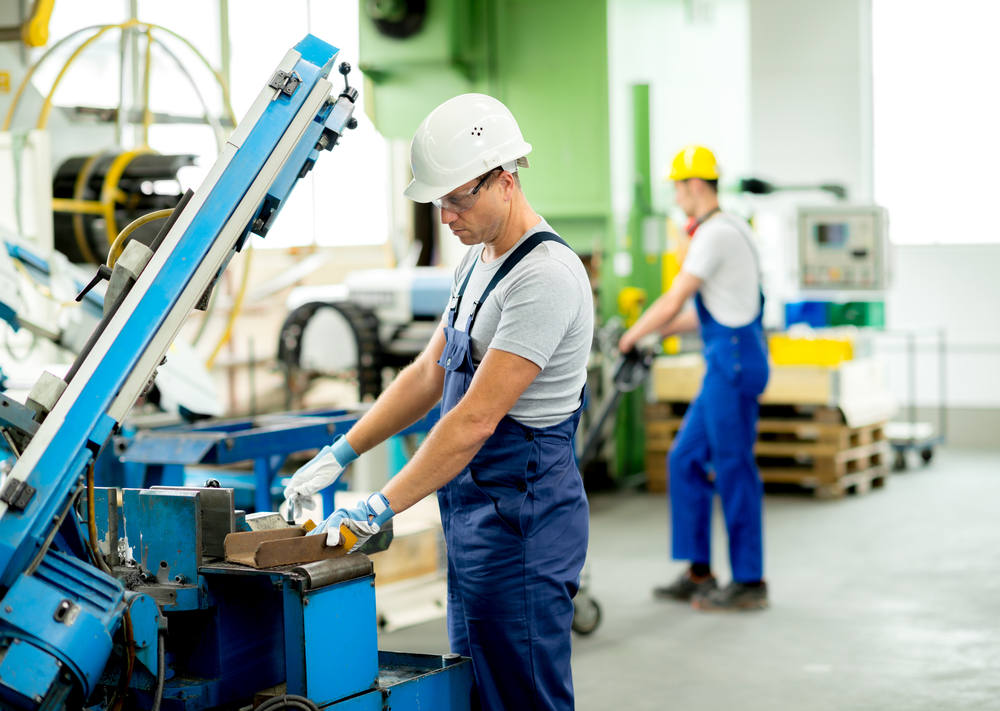 To sum it up, in a clear simple way:

4IR is the Fourth iteration of the famous Industrial Revolution. It is a massive overhaul of production and industry standards using breakthrough technology; vogue new features and products like 3D printing, robotics, nanotechnology, data mining and bio-tech.

To make sense of this, let’s give a little history. Stick with me here. This matters a lot to understanding just how big and important this is.

So far, there have been three easily quantifiable and studied Industrial Revolutions, all taking place in the span of 200 years.

This first revolution took place between the 18th and 19th centuries, mainly in Europe and America. It was a period where the iron and textile industries were empowered by the power of the steam engine.

During this time frame, agrarian and rural societies were forced into a more industrial mindset, and their business models were transformed into something more akin to the assembly line.

Just before World War I (1870 – 1914), the Second Industrial Revolution came into full swing. It was a period of rapid growth in a variety of already existing industries and the creation and expansion of new ones. Those industries that did not adapt to the onset of electricity quickly vanished. Steel, oil and electrical companies flourished.

Thanks to the birth electricity, mass production and its subsequent implementation was born. 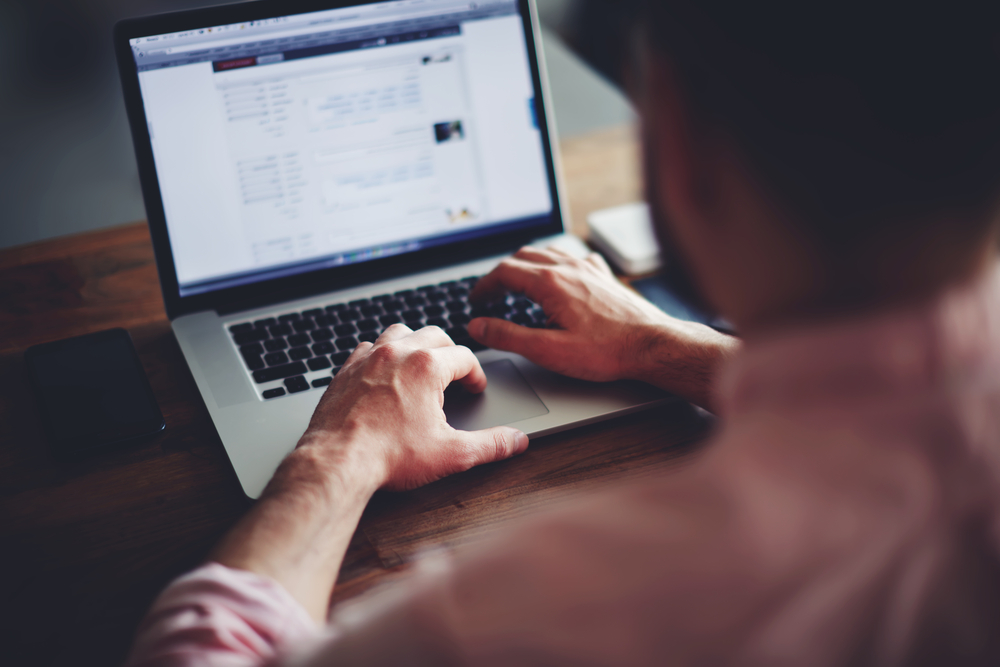 Also referred to as the Digital Revolution, this period was critical to the world we now live in.

This was the moment when analog electronics and mechanical devices were made outdated by digital technology. This era mainly started somewhere around the mid-1980’s and it’s still ongoing.

The advances during the Third Industrial Revolution include the personal computer, the internet, and the proliferation of information and communications technology.

We reach the here and now.

The new technologies that are being created and sparked by the digital age have the capacity to enhance every facet of life, not just the workforce. The range of discoveries and advances that are right over the horizon (partway between conceptualization and realization) have the potential to connect everything into one, giant, communicating network.

This revolution has started taking hold in the manufacturing industry, but is quickly spreading beyond.

Everything is being melded together through digital connection. The Internet of Things let appliances and cars and security systems talk to each other. Virtual reality systems allow humans to enter into artificially created worlds. Machinery in manufacturing plants is controlled by artificial intelligence and automated bots such as hydraulic presses, palletizers, and vacuum cleaners.  Smartphones use facial recognition to unlock.

All these connections are pouring out data. Data that is full of insights about us as people, the things we create, problems that arise, and the ways we behave.

What Is the Technology Driving The 4IR? 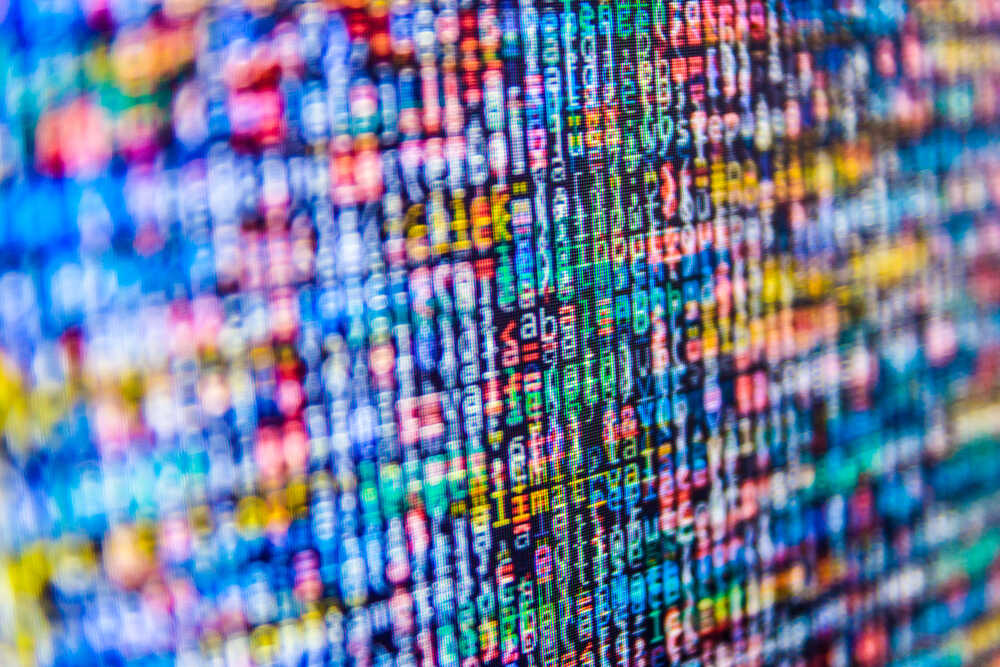 A number of specific types of technology are driving the 4IR.

Big Data. Everything, from our smartphones to our manufacturing plants especially using pneumatic conveyors and vibratory feeders, to our mattresses to our refrigerators, is now producing data. The challenge is it’s often difficult to collate this data into meaningful form. In other words, there are loads of data but it’s really difficult to make sense of it.

Big data platforms help companies join, analyze, and make meaningful decisions based on all the data available to them.

Artificial Intelligence. Programmers are pushing hard to develop and utilize artificial intelligence in as many ways as possible. Rather than simply following a set of instructions, computers are being taught to learn and make decisions on the fly.

Robotics. Robotic devices are beginning to play a key role in a variety of industries, from mining to oil to health. They’re able to perform jobs that humans can’t and speed up other tasks. 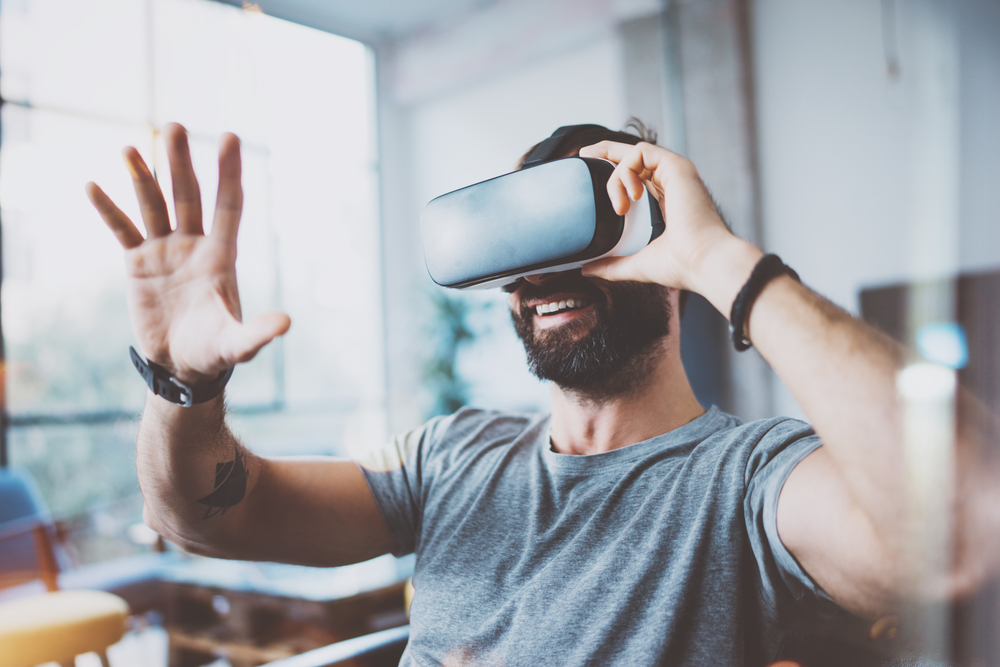 Virtual and Augmented Reality. The enormous success of Pokemon Go gave us our first taste of widespread augmented reality. The idea of digitally adding to the physical world or creating entirely new digital worlds is both tantalizing and already upon us in some ways.

Advanced Security Systems. Recent hacking issues have made cyber security a massive issue for many companies. In response, many companies are beginning to require all sorts of new authentication, from simple two-factor all the way up to bio-identification.

The Internet Of Things. The IOT simply refers to the ability of many non-computers (cars, manufacturing machines, appliances, hospital equipment, etc.) to connect to the internet and connect to other devices.

Notice all of these technologies feature one of two things: massive connectivity or the blending of the digital and physical worlds.

How The 4IR Will Affect Companies 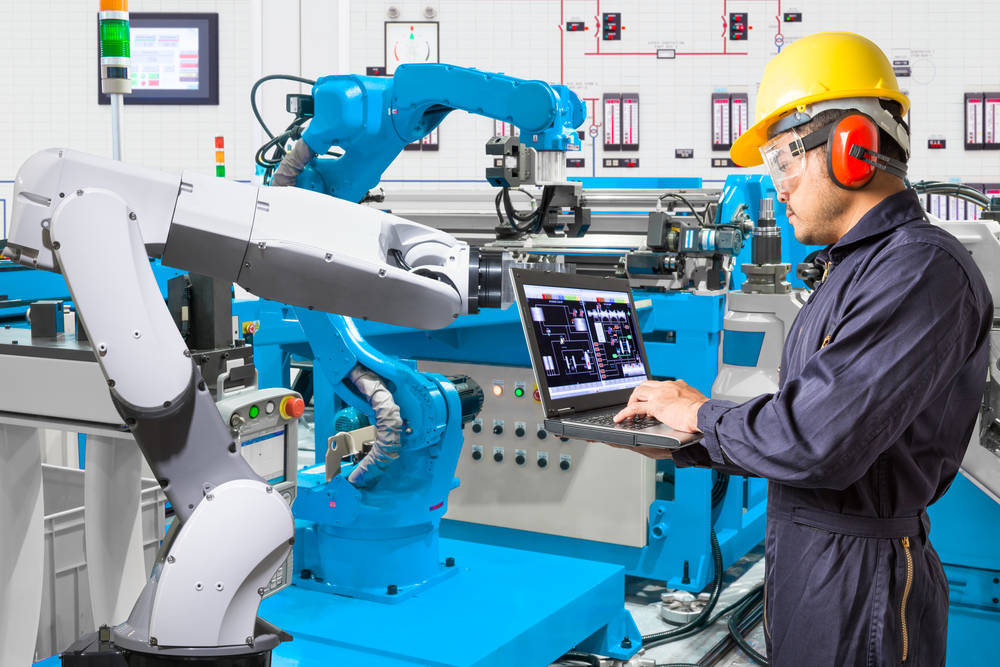 Increased Automation and Optimization. Because everything is connected, manufacturers are able to quickly optimize the manufacturing process. They can see where bottlenecks occur, identify problematic parts of the supply chain, and intervene quickly if there’s a problem.

Constant Monitoring. Almost everything can now be monitored in real time. If a patient in a has a heart attack, the machine he is connected to can instantly alert the necessary personnel and provide the appropriate data. If a machine breaks down, the problem can be immediately identified.

Personalization & Customization. Due to increased computer speed, digital manufacturing plants, and supply chain optimization, companies can customize designs for less and at the same time charge more for them. Think custom mattresses or shoes.

Data Mining. As companies produce more and more data, being able to mine that data for meaningful insights will become increasingly important. Companies now have to either develop their own or purchase a platform for gathering, organizing, and analyzing this data.

Workplace Improvements. Constant workplace monitoring is improving working conditions for employees. Things like temperature and humidity can be maintained to create optimal working conditions. Incidents can be detected and shut down automatically. Air quality conditions can be constantly tested. All these things lead to a safer, healthier workplace and increased efficiency.

The Rise of Robots. Customers want both speed and quality. In order to achieve this, companies are beginning to use combinations of robots and humans to manufacture products. Eventually, this could put a squeeze on jobs currently done by humans, but for now, we’re seeing humans and robots work together. 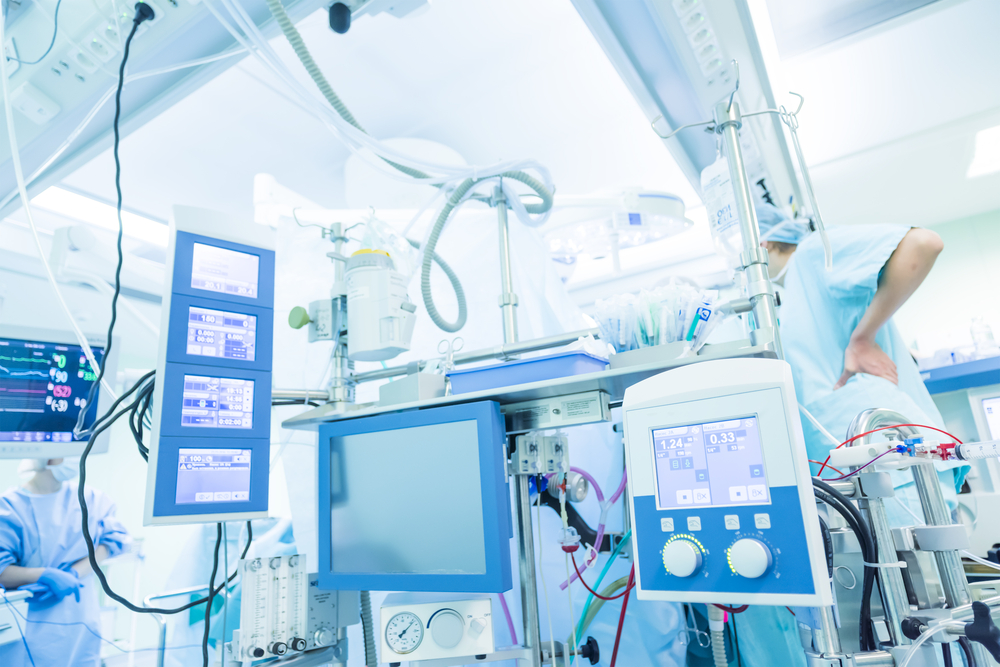 We all know that The Matrix is fiction. But we are getting closer to be constantly plugged in to something – the cloud, the Internet of Things, a virtual reality system, or some combination of these. Right now, the 4IR is dominating the industrial supply chain, but it’s certainly not staying there. It’s spreading into our hospitals, smartphones, security systems, and even our appliances.