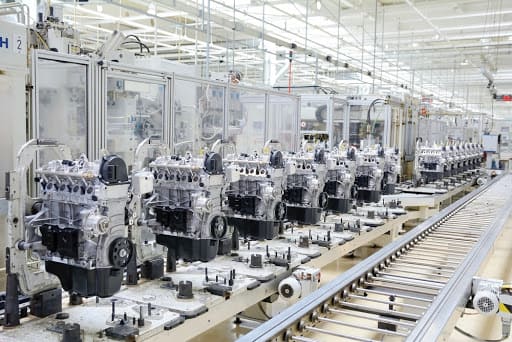 Since the invention of the assembly line, manufacturing has continued to improve its capacity for production. Robots and automation have slowly been pushing the human worker out of the factory.

But, there must be a tipping point where machinery can no longer replace the human worker.

It seems that Elon Musk may be reaching that tipping point.

Since the industrial age, companies have been looking to upgrade their assembly lines to increase productivity. But, there are definite downfalls to automation:

Some industry experts predict that robots and Artificial Intelligence (AI) are in the running to replace humans as workers. As frightening as this sounds, most experts in robotics and AI don’t see that happening. After working with AI, especially the work in human-machine collaborations, experts conclude that the workplace of the future will not be computer vs. human; rather, it will be computer plus human.

Humans will simply be diverted into jobs requiring more cognitive skills. One example is a call center; even if automated, humans will be necessary for managing the center. Also, delicate and sensitive parts and sensors must be manufactured and repaired; robots must be maintained, and new algorithms are always being developed.

This creates higher-value opportunities for experts in machine learning and algorithms, and economics and analytics. These specialists will be the driving force for the AI-powered economy that has the potential to increase productivity and efficiency that could double economic growth by 2035.

But even though automation can be a healthy thing for the overall economy, Elon Musk’s Tesla factories have fallen victim to over-automation. 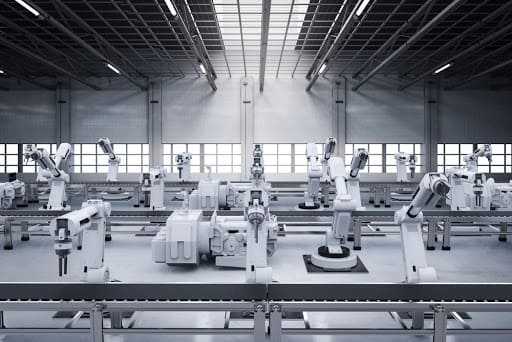 According to Timothy B. Lee, as reported on arstechnica.com, there are experts who draw parallels between Musk’s desire for a faster line to, “GM’s automation efforts in the 1980’s. At the time, GM was being led by chairman and CEO Roger Smith and faced rising competition from Toyota and other foreign car makers. Smith had a vision for a ‘lights out’ car factory where robots would do the bulk of the work, allowing GM to produce cars more efficiently than anyone else.”

What happened in that GM plant was the first evidence a fully automated line was not a good idea:

“As the assembly line tried to gain speed, the computer-guided dolly wandered off course. The spray-painting robots began spraying each other instead of the cars, causing GM to truck the cars across town to a fifty-seven-year-old Cadillac plant for repainting. When a massive computer-controlled ‘robogate’ welding machine smashed a car body, or a welding machine stopped dead, the entire line would stop. Workers could do nothing but stand around and wait while managers called in the robot contractor’s technicians.”

GM spent billions of dollars on robotics in the 1980’s, but there was never a return on that investment. While today’s robots are more sophisticated, it is clear adding robots and AI must be done incrementally to achieve the best results.

In early 2018, Elon Musk, CEO of Tesla, confirmed automation had been slowing Tesla’s Model 3 production. Musk admitted humans, not machines, were the solution.

Tesla’s CEO said one reason Tesla has failed to reach promised production volumes was due to “excessive automation”. When asked whether robots had slowed down production, Musk replied, “Yes, they did … We had this crazy, complex network of conveyor belts … And it was not working, so we got rid of that whole thing.”

The production under performance has delayed customer deliveries. Musk had to take direct control of the production line in April, even pulling all-nighters and napping at the factory.

Simultaneously, Tesla is facing negative publicity due to a fatal crash of one of its Model X SUV’s that was using the firm’s Autopilot mode. The crash is just one of the problems facing the company.

Tesla is manufacturing an unexpectedly high ratio of flawed vehicles and parts, according to several employees, leading to so much rework and repair that its factory in Fremont, California, cannot handle all the issues. 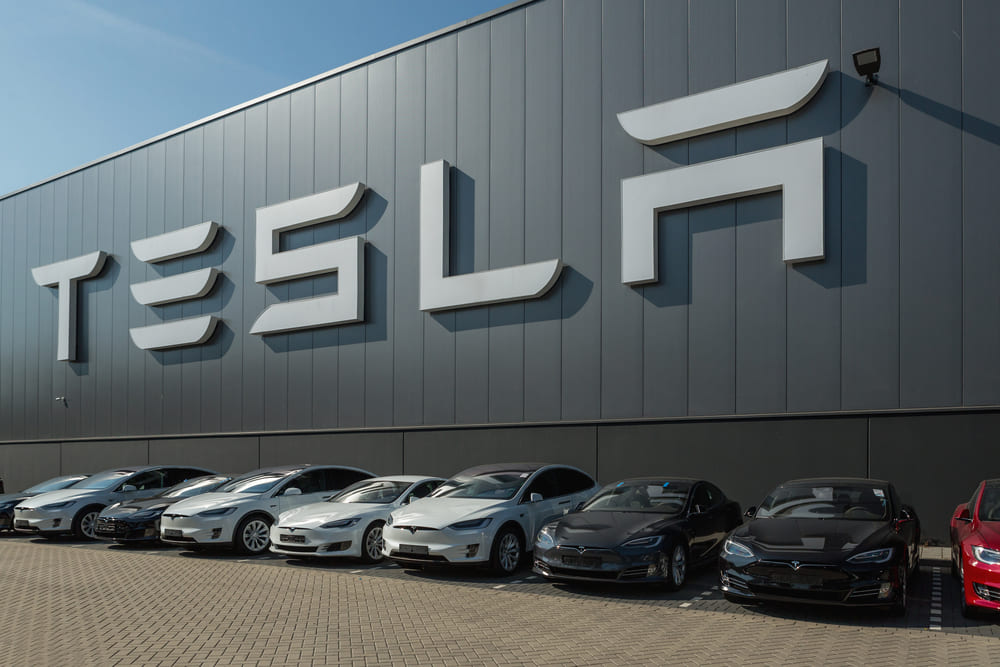 According to cnbc.com, lean manufacturing specialist Matt Girvan said, “Even during what is considered ‘launch’ mode, if a company is selling its cars to customers, it should not be experiencing large amounts of rework.”

However, Tesla claims that cars coming off the line are inspected in detail. The company says most calibrations made at the end-of-line inspection are minor and resolved in minutes. Tesla has also cited problems with production of batteries but continues to roll cars off the line.

While the majority of car companies re-manufacture to some degree, most outsource the work or leave it to parts suppliers. But Tesla is different because it’s “vertically integrated” – meaning the company is self-contained; Tesla owns and operates its factories, dealerships, and service centers. There is no network of parts suppliers who can make or re-manufacture Tesla parts.

This leads Musk to have to handle quality issues in the factory, as cars are on the line.

Despite Tesla’s efforts to deal with re-manufacturing, Tesla issued a voluntary recall of 123,000 of its older Model S vehicles due to the fatal crash of a vehicle using a semi-autonomous driving system. Now, Musk is focused on the Model 3.

During an interview with CBS, Musk stated that his initial goal of 5,000 cars per week was a stretch and that he had work on aligning his goals with his production line. So, Tesla’s immediate future is tied to the Model 3. Musk admitted the company put too much technology into the Model 3 at the start. “This should have been staged,” he said.

During the most intense periods of redesigning and reworking the assembly line, Musk said he didn’t “have time to go home and shower and change, so I just sleep here.” And Musk believes all the overtime is paying off. The Tesla Model 3 line is back on track reaching goals of 2,000 cars per week. 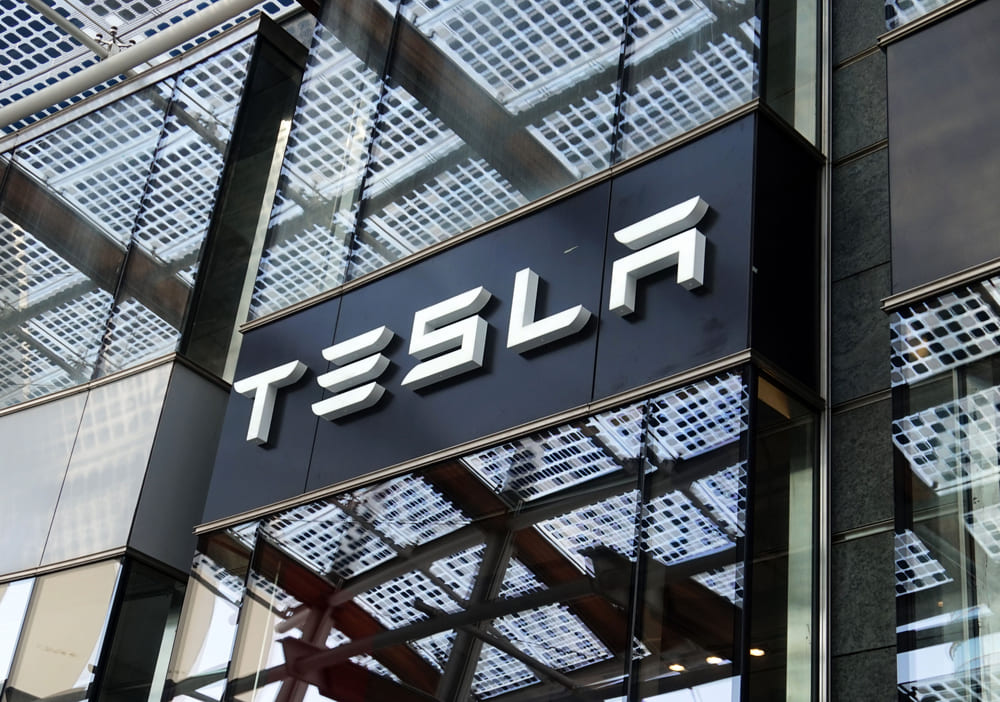 One thing Musk failed to understand before the undertaking of automation for Tesla is that making cars at scale may be the most multifaceted and capital-intensive manufacturing tasks in industry. Most car makers have a highly, well-organized process for designing and building cars.

They work out car designs years in advance, and companies do extensive testing before initiating the main assembly line for a new car. Employees must follow policies and procedures to the letter in order to avoid disrupting the flow of manufacturing.

Musk, who earned his money in the software industry, tried to bring the software modification approach to the car business. But changing lines of code is easy – modifying an assembly line is not. Car design modifications must be transformed into physical tooling which can take months to build and fine-tune.

By trying to create a rapid-fire production line, Musk showed his basic misunderstanding about car manufacturing. He also did not take into consideration how his suppliers may or may not be able to handle such fast iteration.

According to analyst David Cole, “I was giving a talk at a tooling group . . .They make some vehicles so they can test them and find out if the tooling is good. They said that was standard procedure at every auto company except for Tesla.” At Tesla, he said, “they take their prototype into production.”

By taking prototypes straight to manufacturing, Tesla opened itself up to a world of problems in tooling and delays in production.

Recently, the company has engaged in what they call, “burst builds,” which are temporary periods of lightning fast production to estimate how many units it is capable of building.

One worker told Reuters that in order to meet goals, employees were called from other departments and sent to sections of the Model 3 assembly line to keep it running constantly. The company even shut down the Model S line to dispatch their workers to the Model 3 line.

The entire point of the burst builds was to find out if Tesla was able to meet its production goals through manual labor, instead of automation. But Musk admitted his error in using too much automation, too quickly, with the Model 3 assembly line.

When Tesla first unveiled the Model 3 in March 2016, the buzz generated thousands of reservations from customers in an extraordinary show of backing for the new car. The delivery delays due to excessive automation forced Musk to rethink his manufacturing model and realize that auto industry procedures are not compatible with software design methods. 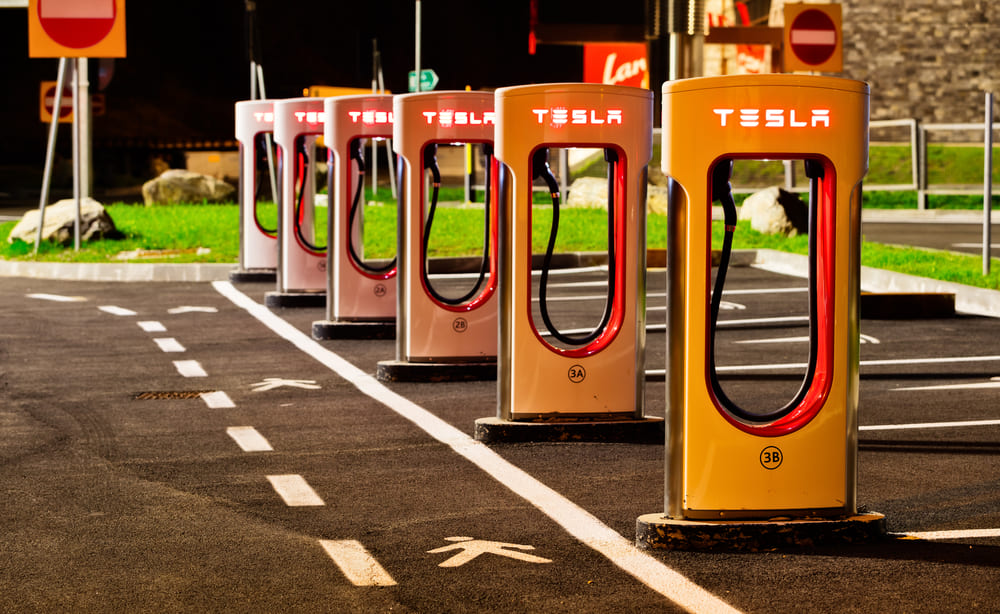 Since the beginning of industry, there has always been a desire to improve production, and thus sales of the product being created. Automation can certainly be a positive addition to the assembly line.

But, Tesla’s story is a cautionary tale for other companies investing in too much automation. Musk’s reaction to the issue and his solutions for the problem are putting more humans back to work and customers will soon be receiving their Tesla’s.