Self-Driving Cars Are Coming to a Road Near You, Just Not Your Driveway. Yet. 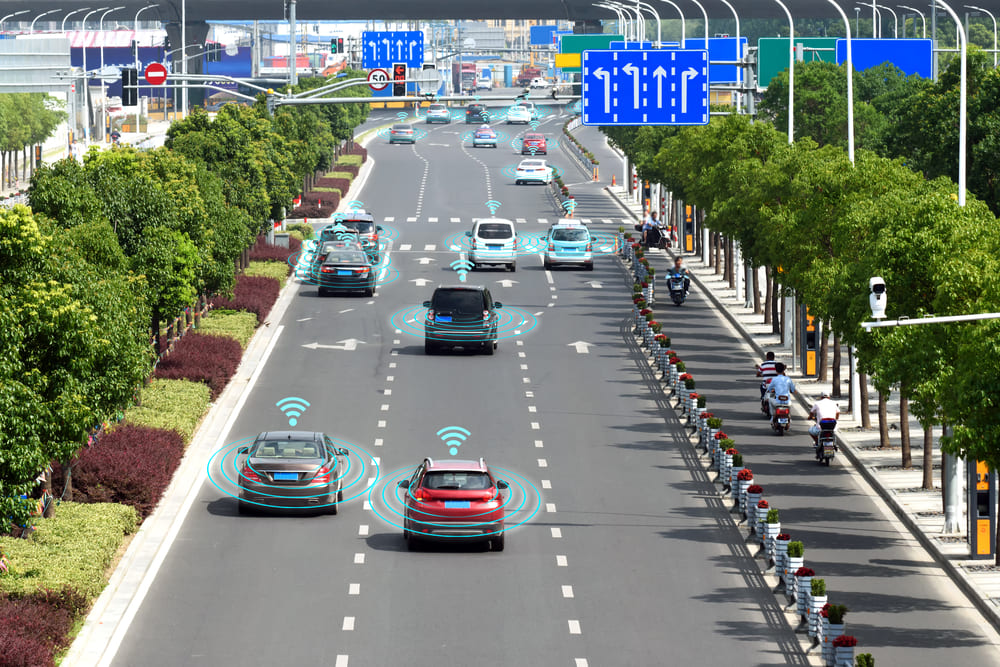 The U.S. has a long- established love of the automobile.

Making our choice clear with highways instead of rail lines back in the 1950’s.

Fantasizing about the open road and idolizing fast cars and Route 66.

Romanticizing just as much about our first ride as we do our first love.

In recent years though, this once undying affection has begun to fade.

Endless hours of delays and traffic.

As these growing inconveniences outweigh our former infatuation, each new generation asks when we’ll be relieved of these untamed burdens.

When will the future finally seize upon our four-wheeled fantasy of our cars taking flight?

At the very least when will technology allow us to sit back, relax, and let the car itself do all of the driving?

While we may still be many decades away from getting our cars and SUVs airborne, self-driving automobiles are turning the corner from drawing board dream to real world reality.

As it turns out, there are already a number of personal cars and trucks on our roads that carry with them some level of self-driving technology. Maybe not what we envision as fully autonomous, but we are getting closer to being chauffeured around as if we were living in some sci-fi fantasy.

Though there are still a few years left before that dream turns to reality, it’s not nearly as many as one would think.

What Does It Mean to Be A Self Driving Car? 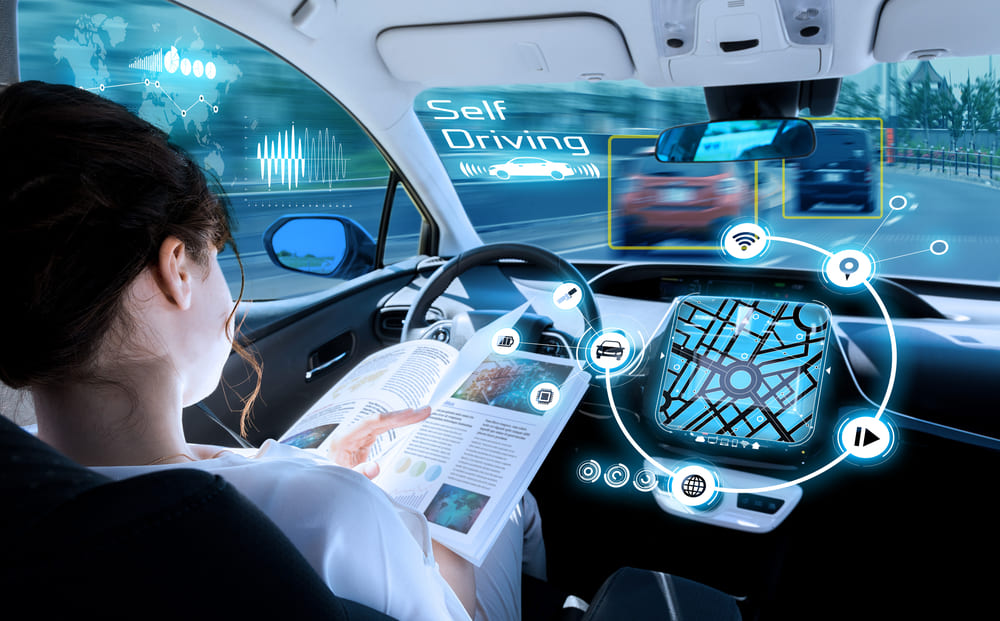 Before we get to the companies that are driving automation technology forward, it’s helpful to understand what exactly a self-driving car is.

Many believe a self-driving or autonomous vehicle is just that – a driverless car, truck or SUV that merely requires a destination to be entered and off you go, free to surf your phone or tablet while the car does all of the heavy lifting.

Self-driving cars, however, are not altogether autonomous.

A helpful guide to understanding what constitutes full vehicle autonomy and the steps necessary to achieve it is through the Society of Automotive Engineers (SAE) International’s six levels of vehicle automation.

Here’s a quick summary of the six levels, and details for each:

What This Means: Driver is in full control of the vehicle.


The Details: Any publicly available car built without any assistive measure or features for the driver. In other words, the driver controls every aspect of the vehicle, from speeding up to slowing down, to ensuring it is safe to change lanes, make turns, avoid obstacles and so on.

What This Means: The vehicle has at least one minor driver assist feature, but the driver retains complete control of the automobile.


The Details: Features include adaptive cruise control or lane assist technologies which aid the driver with the surroundings outside the vehicle, but little else.

What This Means: Vehicle has a combination of assistance features, but the driver still retains full control.

The Details: In addition to the features in level 1, level 2 includes automatic braking and advanced assistance with acceleration and steering. Ultimately, these systems are automated, with the driver controlling all other aspects (including override and control of the automated systems).

What This Means: Depending on conditions, the driving tasks are automated but still require a physical driver be present and prepared to control vehicle as necessary.


The Details: The most substantial gap in automation occurs between levels 2 and 3. In level 3, autonomous systems control many of the driving tasks, but still requires a driver for others. For instance, driving an interstate would be done through the self-driving systems, while exiting to get gas and head to a drive-thru would need to be done by the human driver.

What This Means: The vehicle can operate autonomously, but only under specific parameters. As some level 4 designs would still retain a steering column and pedals, a driver could take control of the vehicle in extreme or emergency situations.


The Details: This is fully autonomous driving but only in defined conditions. A level 4 car, for example, could navigate the interstate, feeder, city roads and drive-thru, but only up to certain speeds or in optimal weather conditions.

What This Means: The vehicle can operate with full autonomy in all conditions.


The Details: This is the end goal of vehicle automation. While some level 4 designs might still include a steering column and pedals, in level 5 cars and trucks those features would be unnecessary as everyone in the car is 100% passenger. While this is genuine science-fiction come true, this level of automation would also require a fundamental shift in our automotive thinking and our overall approach to travel and transportation systems.

As you can see, automation in vehicles is about who or what controls the environment.

From acceleration to braking to looking out for pedestrians and other automobiles, there’s still plenty of road to travel before we reach level 5 automation.

However, the benefits are numerous, and various companies, both automotive and technology-based, are investing billions of dollars in the idea that our future on the road is more about of letting go of the wheel instead of taking it. 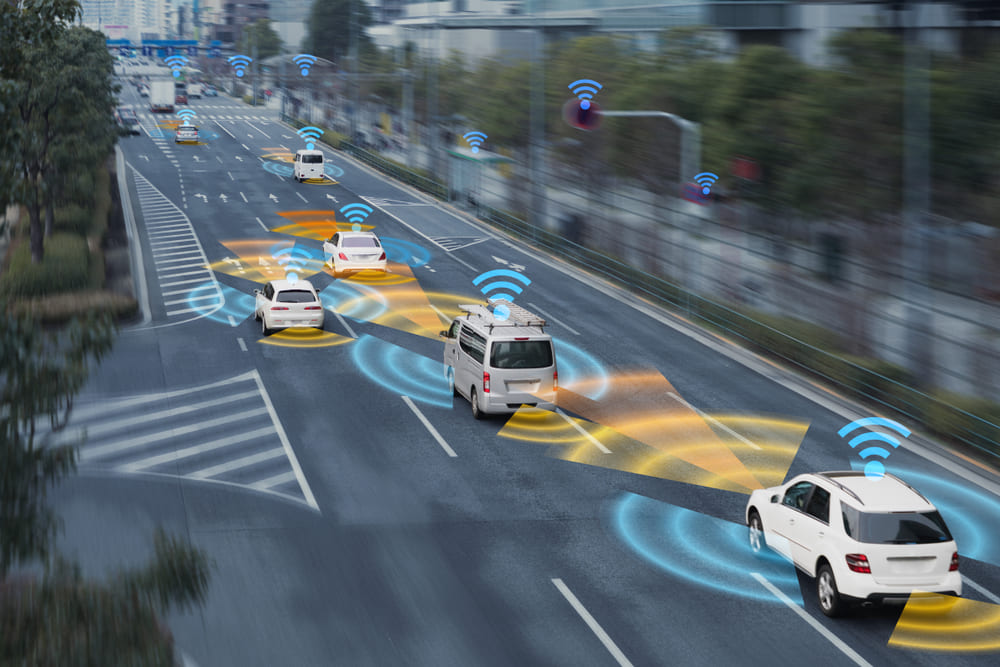 Full vehicle automation may still be a sci-fi construct, but we should not ignore recent advances in self-driving technology.

As the automation levels spell out, many cars on today’s roads possess some degree of driver assistance or partial automation, which paves the way for future vehicles arriving with more and more self-driving systems.

The business of automotive automation, however, is a crowded field. No fewer than 20 different companies are working to move beyond our current technologies into genuine self-driving capabilities for the masses.

While each is well beyond the first few miles of innovation, Waymo, owned by Google parent Alphabet is the clear leader at this point.

Started in 2009 as a Google side project before splitting off as a separate entity in 2016, Waymo has logged over 8 million miles on public roads testing out its various self-driving technologies.

Most recently Waymo ordered well over a thousand Chrysler Pacifica minivans as part of its future level 4 driverless ride-haul fleet, which is set to roll out over the latter part of 2018 and throughout 2019.

For their part, GM and Daimler-Bosch (Daimler is the parent of Mercedes-Benz) are not allowing Waymo to drive off into the sunset.

GM’s Cruise AV, a level 4 design sans steering wheel, is in the petitioning stage with the US Department of Transportation (USDOT). Should the petition be successful, the company hopes to launch an armada of taxis across a handful of big cities by the end of 2019.

If successful, it would represent a large- scale deployment of self-driving cars as yet not seen on public streets.

Daimler, in a partnership with multinational auto supplier Bosch, is developing level 4 and level 5 automobiles by 2020. The initial launch, much like Waymo and GM, is in the realm of public transportation in the form of taxis.

Although the industry is still several years away from a viable showroom-ready model that exceeds level 3 automation, there is still much to gain from eventually removing the driver from the equation.

For example, Ford, and a few other companies have put their focus squarely on commercial vehicles, specifically commercial trucks. Ford set their current timeline for an initial launch of its truck fleet beginning in 2021 at the earliest. 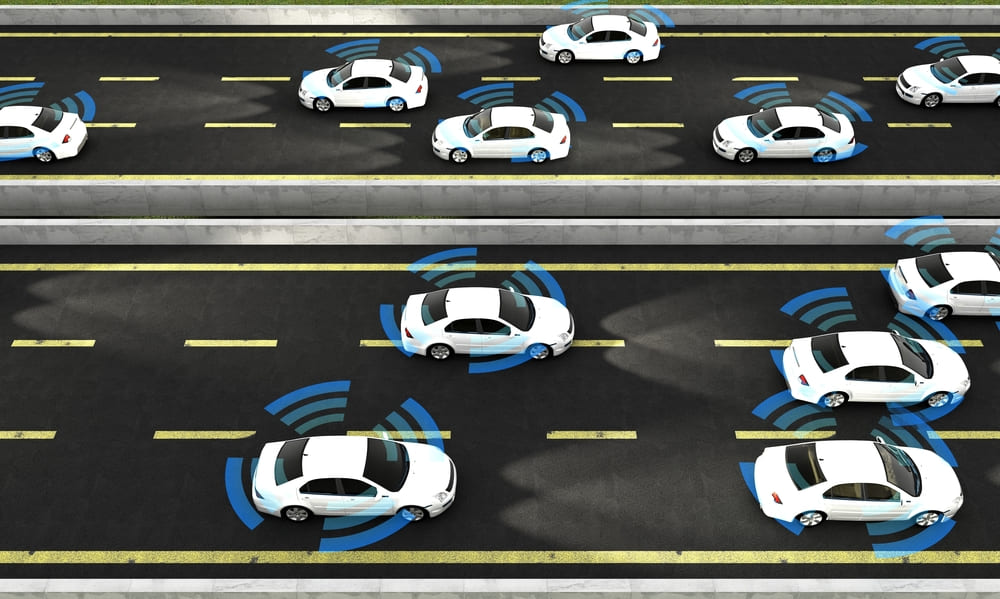 Even with miles of testing and aggressive roll out dates within the next three years, one of the most significant concerns about self-driving cars is their safety.

In theory, reaching a fully autonomous transposition system would have a tremendous impact on overall safety, specifically from reducing the human factor that is often the cause of accidents.

Consider that according to the Insurance Institute for Highway Safety the U.S. had over 37,000 deaths related to fatal motor vehicle crashes in 2016, the most recent year stats are available.

Although development companies continue to rack up miles on public roads, we should note many companies achieve these miles on streets in tech haven San Francisco and flat, and relatively dry Tempe, AZ.

However, testing has branched out to Texas, Michigan, and Georgia, widening the scope of elements a driver less car would face, as well as unique driving styles that can also distinguish a region.

As tech companies and automakers continue to bridge the gap between level 2 autonomy and vehicles at levels 4 and 5, there will undoubtedly be growing pains, but once autonomous systems are perfected there will be little to stop the large-scale roll out to car buyers.

What Will the Future Hold?

Anyone who doubts the day will soon arrive when streets are teeming with driver less vehicles need only look back a decade.

In 2008, Apple was touting the iPhone 3 and introducing a small novelty shop called the App Store. Google was previewing the Chrome browser. Amazon, for its part, was in full sales mode on its late 2007 creation, the Kindle.

Although we will see autonomous taxi and trucking systems on roadways as early as 2018, many estimates predict low volumes of personal, self-driving vehicles rolling out in the mid-2020’s with a more substantial amount coming by 2030.

Maybe still be a few years off, it’s time to acclimate to the notion that self-driving cars are indeed coming.

Yes, the steps may be slow and initially limited in capacity to controlled environs like public transportation or service and delivery vehicles.

As with any innovation, though, once we clear the hurdles, reach the economies of scale, and fully embrace that the idea of autonomous vehicles will in fact work, the only real question after we successfully automate cars becomes, what’s next?