Hyperloop and the Future of Train Travel

Hyperloop and the Future of Train Travel

In the last one-hundred years, transportation advancements have steamed past the rail cars of the 1800’s to bring us automobiles that will soon reach complete and total autonomy and passenger aircraft that can crush the sound barrier.

In this rapidly progressing environment, it’s easy to think of trains as a more outdated technology and a bit of a vehicle of the past.

But they’re not. In fact, trains may actually be the future of travel, especially given the increasing congestion of roadways. Trains offer significant advantages found in no other transportation method.

As the world heads into the next decades with scarcer resources, climate change, and higher urban populations, there will be an ever-growing demand for fast and efficient travel that is both safe and affordable. 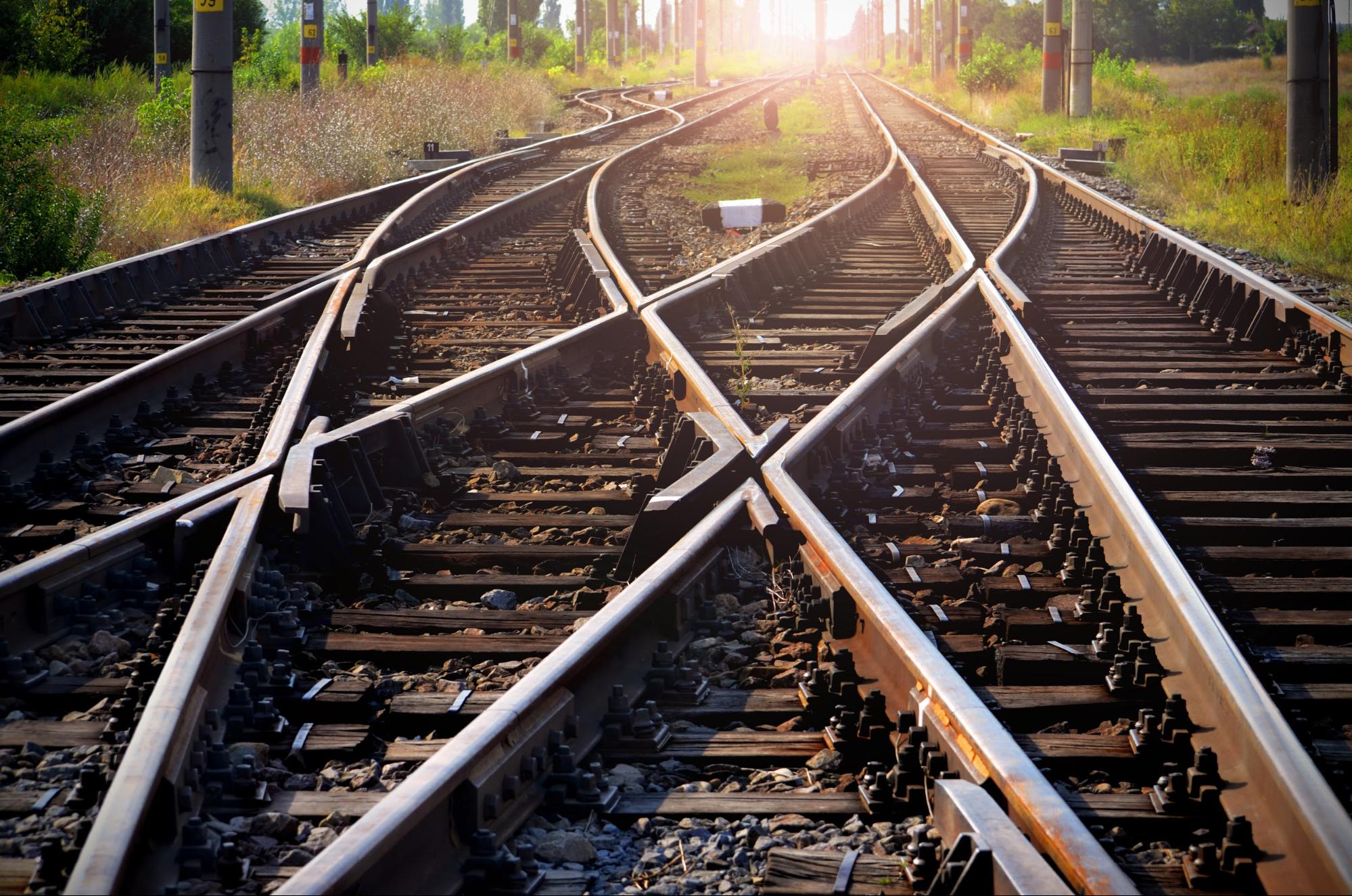 The truth is, modern-day high-speed train technology has been evolving since the mid-twentieth century. The first high-speed railways (HSR) were developed in Japan during the 1950’s, and countries have been improving upon the initial “bullet train” concept ever since.


These days, high-speed trains use a variety of schematics and equipment to achieve rapid transit, but most still follow standard guidelines for track type and overall function.

Currently, the biggest viable competitor of high-speed rail technology in use is the maglev, or magnetic levitation train concept. Maglev cars are able to reach higher speeds than traditional passenger trains. They are also potentially more energy efficient, but come with their own drawbacks and limitations.

Moving forward in the near future, our lifestyle will mandate devising a successful means for express transport and inventor Elon Musk, founder of Tesla Motors and SpaceX, may have the best idea and most promising design in his proposed Hyperloop concept.

The Current State of Trains 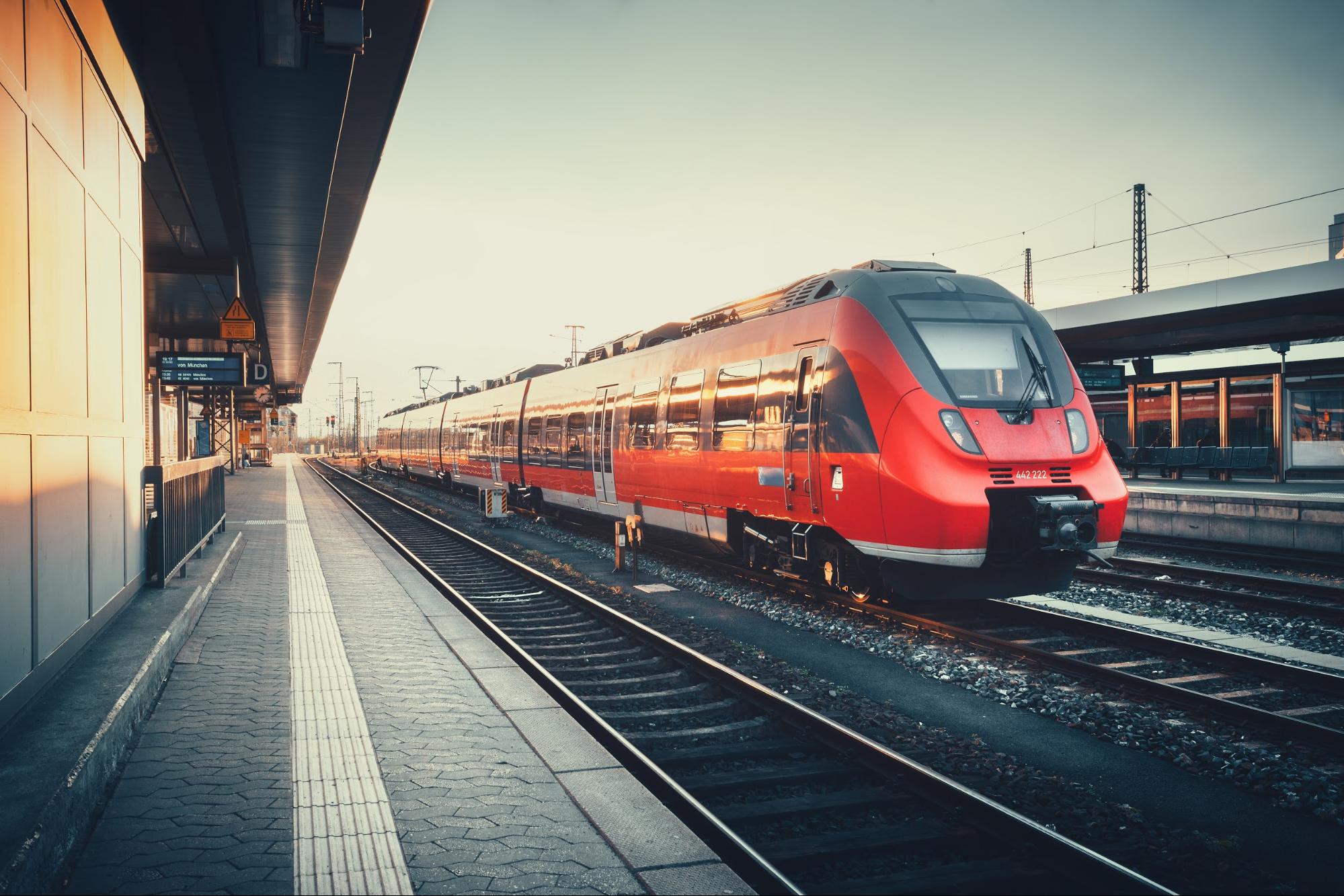 Before delving into that theoretical plan, it’s important to consider the upsides and downsides of the main technologies in use right now. Traditional high speed railways are built with a reliable, proven design and decades of study, safety evaluation, and quality improvements.

Since Japan unveiled the Shinkansen (bullet train) just prior to the 1964 Tokyo Olympics, when maximum speed was limited to 120-160 miles per hour, other countries have since constructed their own high-speed rail networks.

China has fully embraced high-speed rail development and, after opening the first line in 2008, has built the world’s largest system of modern railway lines. As of 2016, the Harmony CRH380A is the fastest non-maglev train in the world and the second fastest overall.

It debuted in 2010 and moves passengers at 236 miles per hour from Shanghai to several other destinations. Talgo, a Spanish manufacturing company specializing in luxury passenger trains, has deployed variants of their many models in Europe, Asia, and the Americas. Their latest design reaches 240 miles per hour and the company recently revealed plans to implement a transit line across the Mediterranean region with destinations between Spain and France.

In the United Kingdom, plans are moving forward to construct High-Speed Two, or HS2 for partial opening by the year 2026. The plan is a follow-up to the original High-Speed One (HS1), which links London to the Channel Tunnel and will provide 250 miles per hour transit service from London to Birmingham, Manchester, and Leeds. Without a doubt, high-speed railways are still a popular transportation method and several countries obviously see the benefit of investing in their continued development.

However, as we advance into the future, the bullet train could become obsolete unless there are significant new discoveries in physics and engineering. As their speed increases, travel on high-speed rails becomes more dangerous. 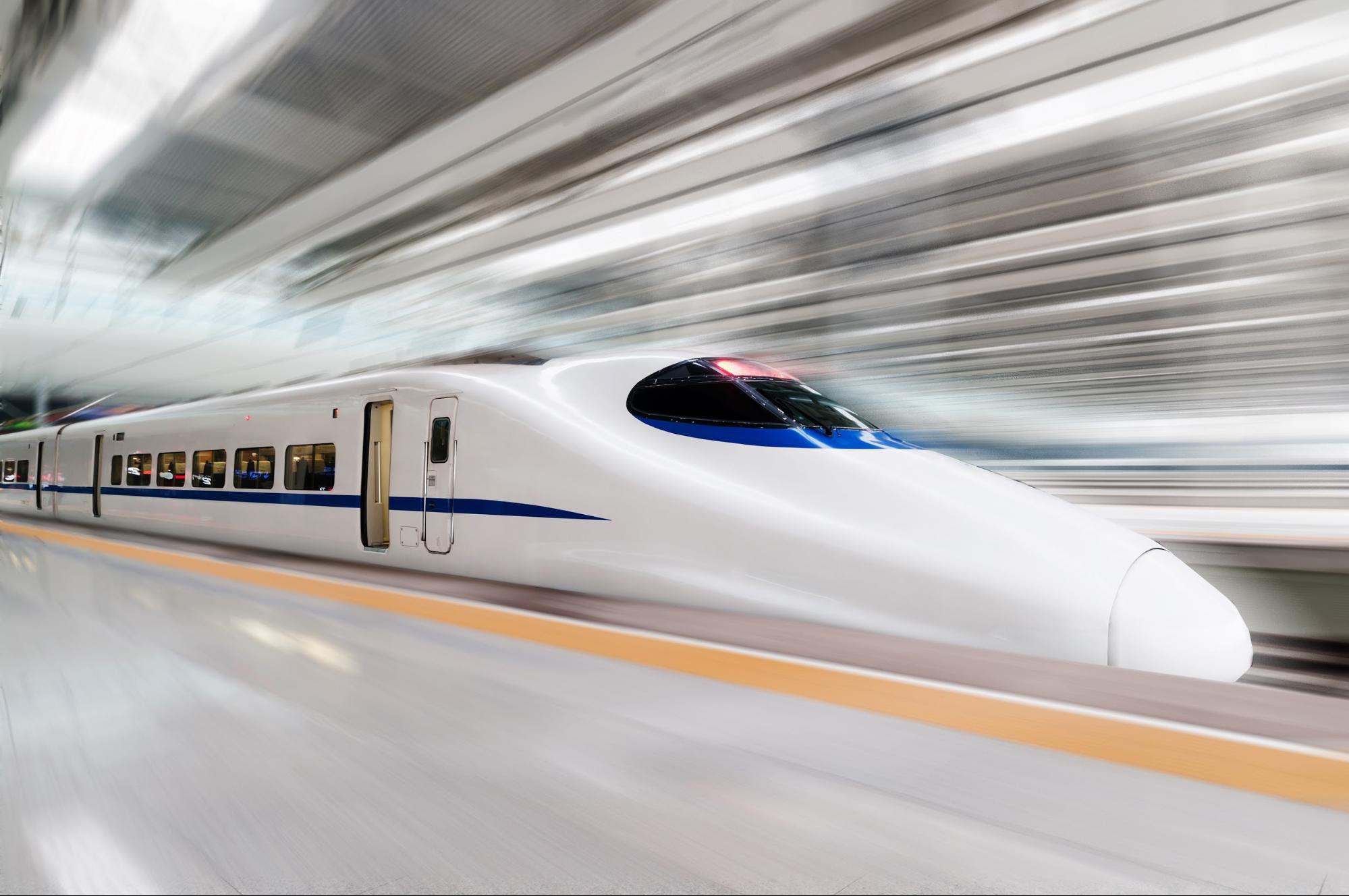 Even as recently as 2011, a train crash in China that killed forty people resulted in a mandatory speed reduction and crackdown on corruption for all high-speed operators. In response, additional safety monitoring and emergency intervention tactics were implemented. Approval was finally given in August 2017 to reinstate the allowed speed standard back to 217 miles per hour from 186 miles per hour.

In contrast to normal rail lines, maglev trains operate differently and are designed on the principles of electromagnetic levitation. The passenger car is propelled, usually by motor, over a cushion of magnetic force as it travels along the track. Compared to traditional trains, this mechanism of travel is typically more efficient, but only at high speeds.

Surprisingly, the fastest train in the world: China’s Shanghai Maglev, operates at a maximum speed of only 267 miles per hour. With the best available increase of just 50 miles per hour above China’s fastest standard rail, maglev technology falls short of the massive bump in transit speeds the world will eventually need. Maglevs are also incompatible with traditional track and require dedicated infrastructure investment to build, though on the upside, they rarely require shutdown during inclement weather and generally need less maintenance.

The Future of Train Travel 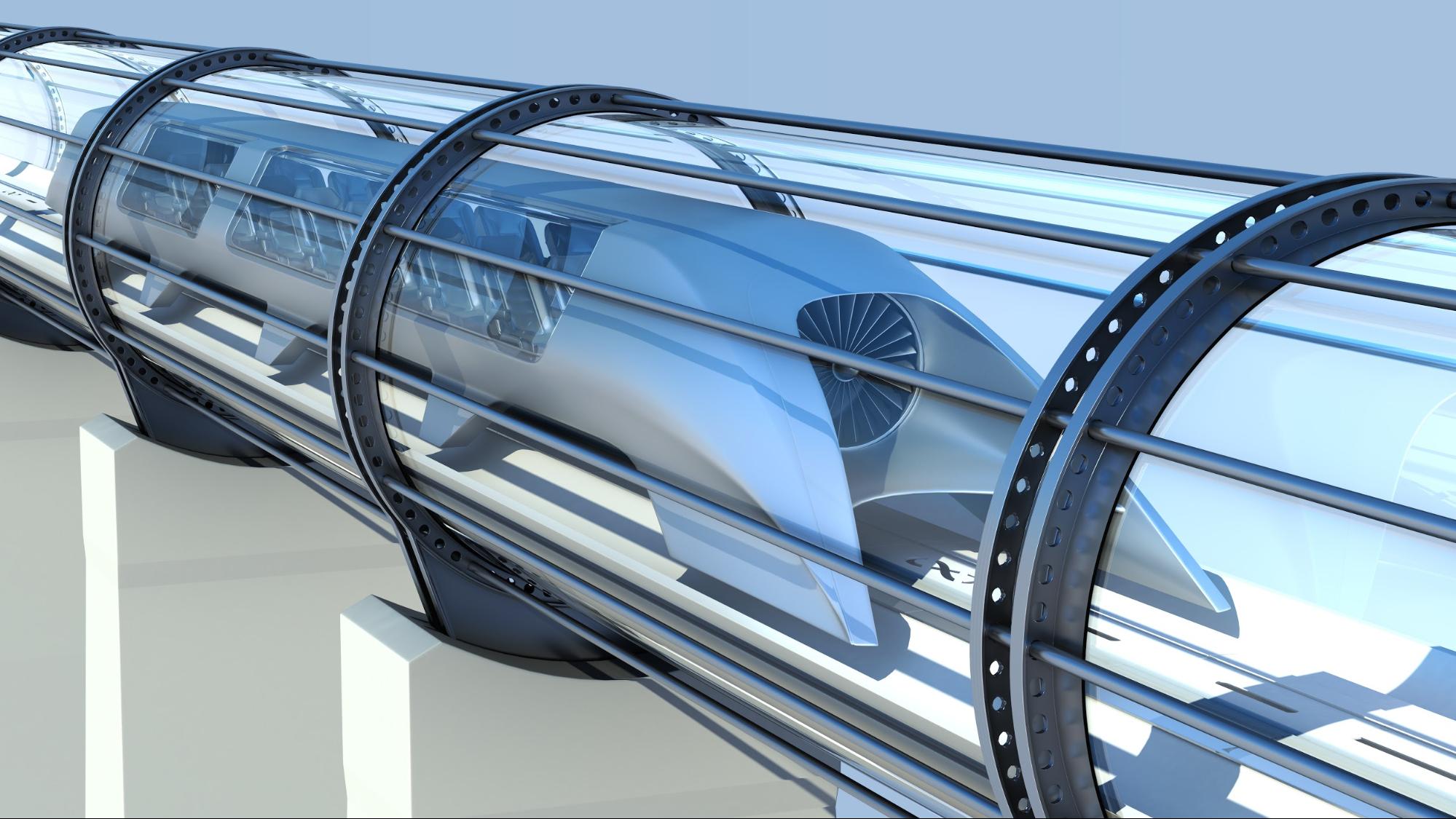 So, without any new and major discoveries in standard train design, what chance is there for trains to dominate future transportation? Back in 2013, inventive entrepreneur Elon Musk unveiled his theory of the Hyperloop in a widely circulated and now well-known white paper.

“Hyperloop Alpha” explains how vacuum tube transport could revolutionize modern transit. In this presentation, he acknowledges the scientific viability of supersonic passenger aircraft, admitting it’s likely the best option for affordability and practicality:

“The Hyperloop (or something similar) is, in my opinion, the right solution for the specific case of high traffic city pairs that are less than about 1500 km or 900 miles apart. Around that inflection point, I suspect that supersonic air travel ends up being faster and cheaper.”

He proposes something called a pod, or passenger car, that will move through a tube in a near-vacuum of airspace. His design addresses and solves issues with air pressure and resistance to reach speeds that modern-day trains could never hope to reach.

A fan installed on the front of the pod alleviates pressure buildup as the mechanism moves forward through the tube on air bearings. The energy needed to propel the pod near 700 miles per hour is derived from the on-board battery that has the ability to recharge during transit, using built-in solar panels.

Initial responses to Musk’s proposal include criticisms of cost, fear of low return on high-priced infrastructure investments, and the requirement that the Hyperloop tube be constructed above or below ground.

None of these arguments diminish the Hyperloop concept’s viability because both maglev and bullet trains each have similar drawbacks. The tube’s construction requires pylon-style props for elevation off the ground and construction could be practical over water or other geologic structures that traditional trains can’t traverse.

Thanks to Elon Musk, the Hyperloop is one of the first ecologically sustainable transit designs of the twenty-first century and it has realistic potential to more than double our current fastest travel times by train.

As of mid-2017, Hyperloop One, a small startup company that’s not affiliated with Elon Musk, successfully conducted the very first test run of their pod and tube that was built around the proposed Hyperloop specifications.

Their experiment in the American state of Nevada lasted just over five seconds and showed their pod could reach 70 miles per hour in that short time. The company plans to push the envelope with additional and longer tests, and those trials will help confirm or disprove whether the Hyperloop is a workable prototype.

In the original white paper, Musk hypothesized the cost of building a loop in California that stretches north to south across the state would cost roughly six billion U.S. dollars.  Not surprisingly, Hyperloop One company hints that the cost might be significantly more than that, but the start-up company continues to raise capital through investments; forging ahead with plans for the first operational loop to open in Dubai, United Arab Emirates, sometime in the year 2021.

Are Trains The Future? 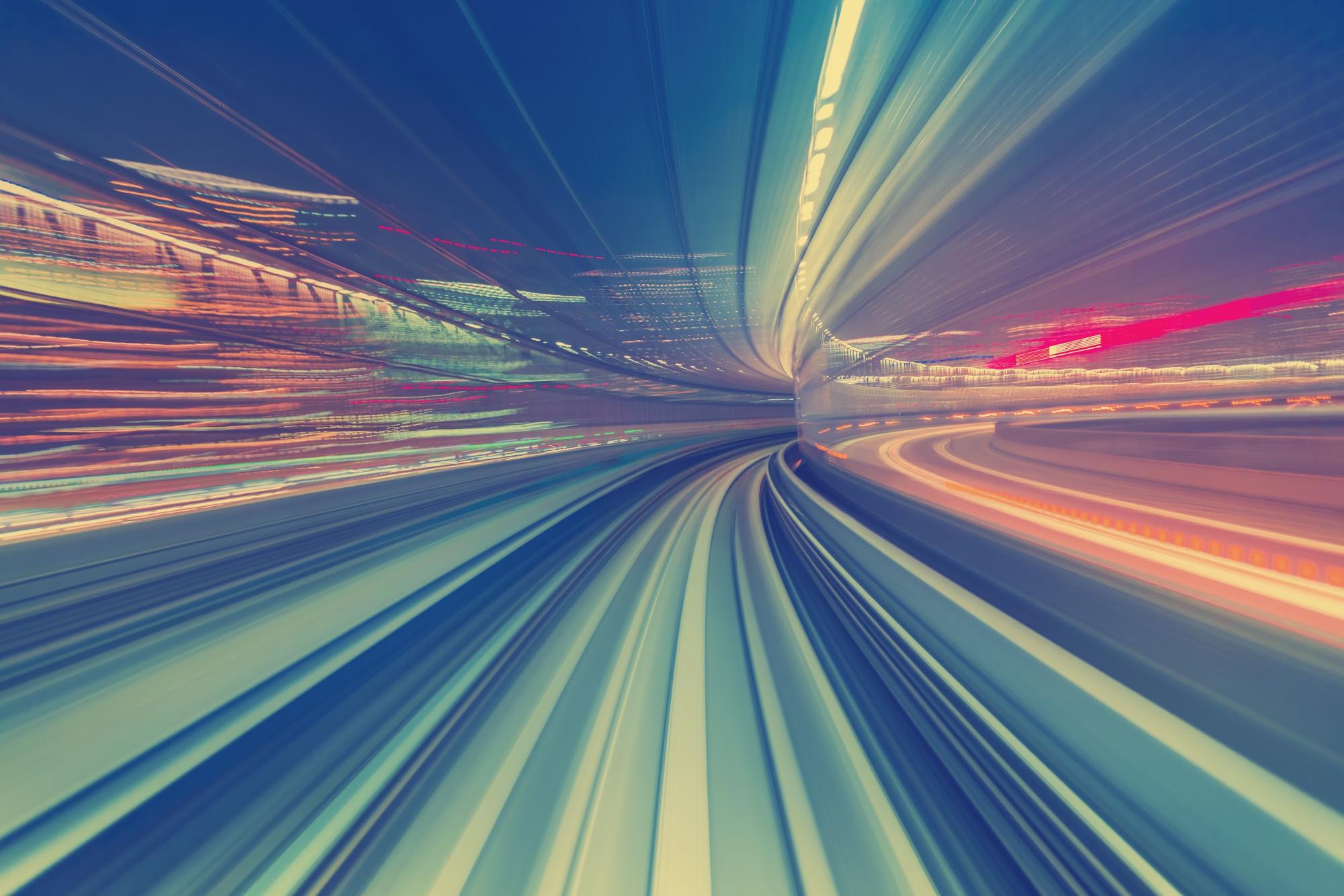 So, will trains ultimately be the future of transportation? Almost all new inventions start out prohibitively expensive when they first go to market. It stands to reason that innovative transportation based on bleeding-edge technology is no different.

In time, costs should stabilize in the same way that solar batteries and flat screen televisions have done in recent years. The real answer will come when vacuum tube transportation has been fully tested, successfully implemented, and thoroughly evaluated for quality and safety.

But for now, even critics of the Hyperloop design would have hard time denying that that our current trains will likely never meet the growing demand for increased transit speed and a better concept hasn’t been proposed yet by any other company or individual.

The fastest train in world tops out at a pitiful 267 miles per hour, so until supersonic passenger flight is achieved, the Hyperloop’s promise of 700 miles per hour or more sounds pretty great.

Your Carbon Footprint: How to Determine and Reduce It
arrow_forward

Everything You Need to Know About Additive Manufacturing