How Wireless Charging Will Soon Be a Game Changer 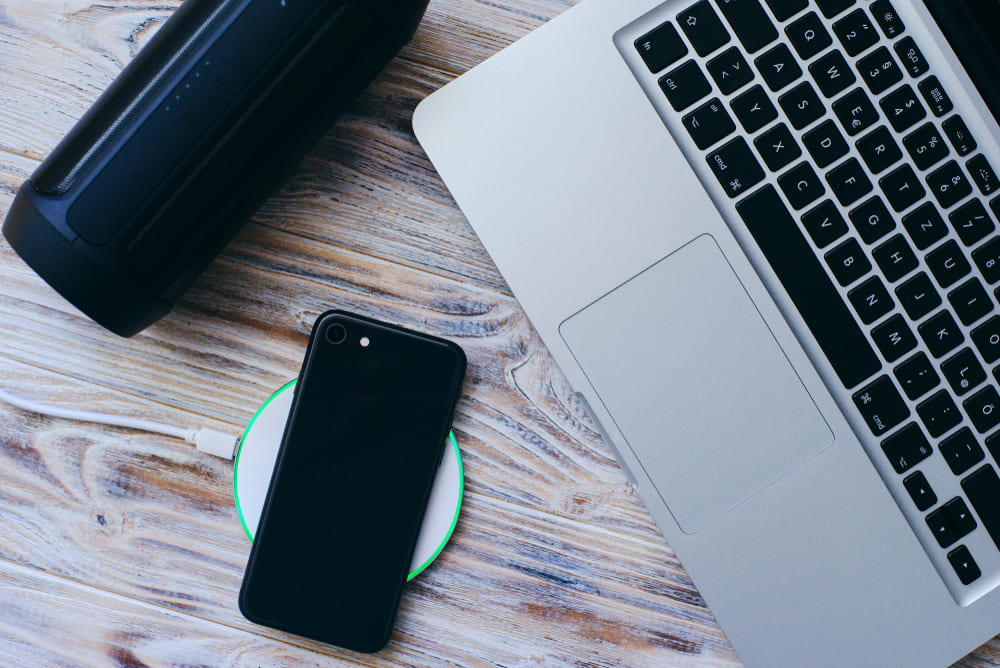 Do you know any risk takers?

An adrenaline junkie or someone who lives life on the edge.

You know the type – they climb mountains, jump out of planes, and of course walk around with less than 20% battery life on their smartphones.

Seriously, these people are crazy.

Many of us freak out when the charge dips below 75% or when the little battery icon drains to near the halfway mark.

Regardless of which side you stand on – the need 100% crowd or the 5% is plenty crew – we are all addicted to that little jolt of electricity that keeps us mobile.

For many years, we have been tethered to a cord plugged into a wall to get our fix of electrical currents. While a blunt counter to our need and want to stay on the go, it was all we had.

Thankfully, that is changing.

If you think you know where wireless charging technology is heading based on the tech of today, think again.

What is Wireless Charging? 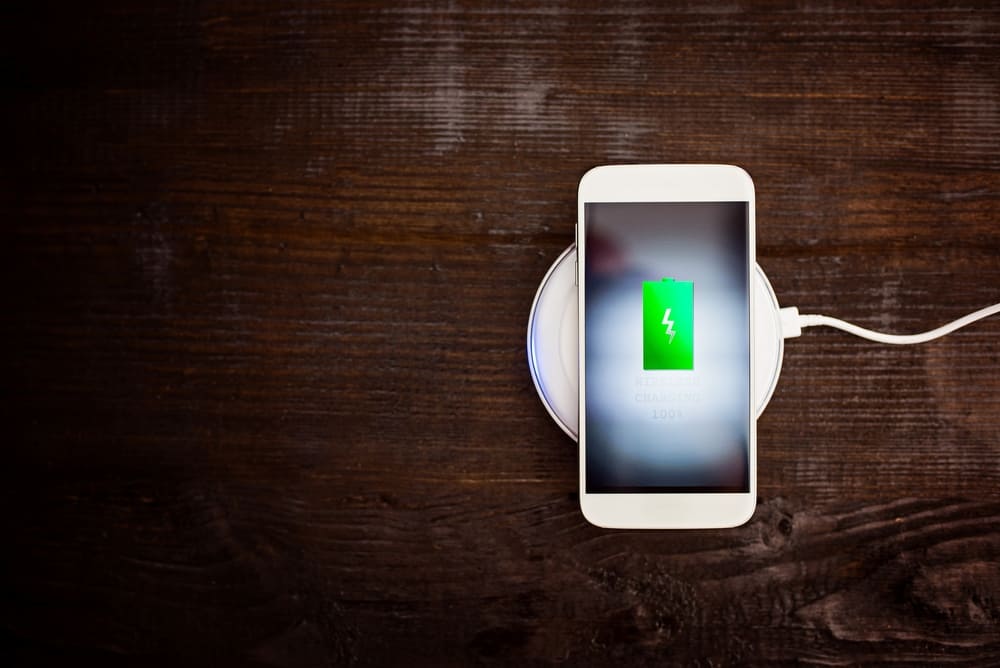 There are three types of wireless charging, each of which provides increasing degrees of cordless freedom.

A lot of what you see currently available in the marketplace – for devices such as smartphones or wearable tech like watches –  is a charging pad, where the charger itself plugs into an outlet. As for the device itself, well, it still needs to have contact with the charger even if it’s not the portion connected directly to the outlet.

Not very wireless is it?

Magnetic resonance charging is the next step up from inductive.

It works on a similar concept, but instead of a direct loop, a copper coil creates a magnetic field. If operating on the same frequency, devices can pick up the magnetic field resulting in a charge. This method works at a greater distance versus induction.

Due to this “distance charging,” magnetic resonance holds plenty of promise for future applications as it signals a move farther from the outlet.

A prime example comes from the company WiTricity and their car charging system for electric cars. In their process, copper coils, far larger than those used for a smartphone, create a magnetic field that moves power over a greater distance.

One of their charging pads can deliver a magnetic field at a distance of close to a foot away. It may not seem a huge breakthrough, but considering the electric car is charging by merely parking over the pad, the practical applications become clear.

Finally, there is radio frequency or RF charging.

As you may have guessed this works using radio waves, with a transmitter, such as a centralized charging router, sending RF waves to a receiver built into a device. The big difference between RF and resonance charging is that RF uses electromagnetic waves instead of creating a field to transfer energy.

You may have noticed it also parallels something else that is transmitted wirelessly – wifi.

Current RF charging transfers low power over distance. It, however, along with resonance charging, reflects the most potential for the future of wireless replenishment thanks to the spatial freedom they both provide. 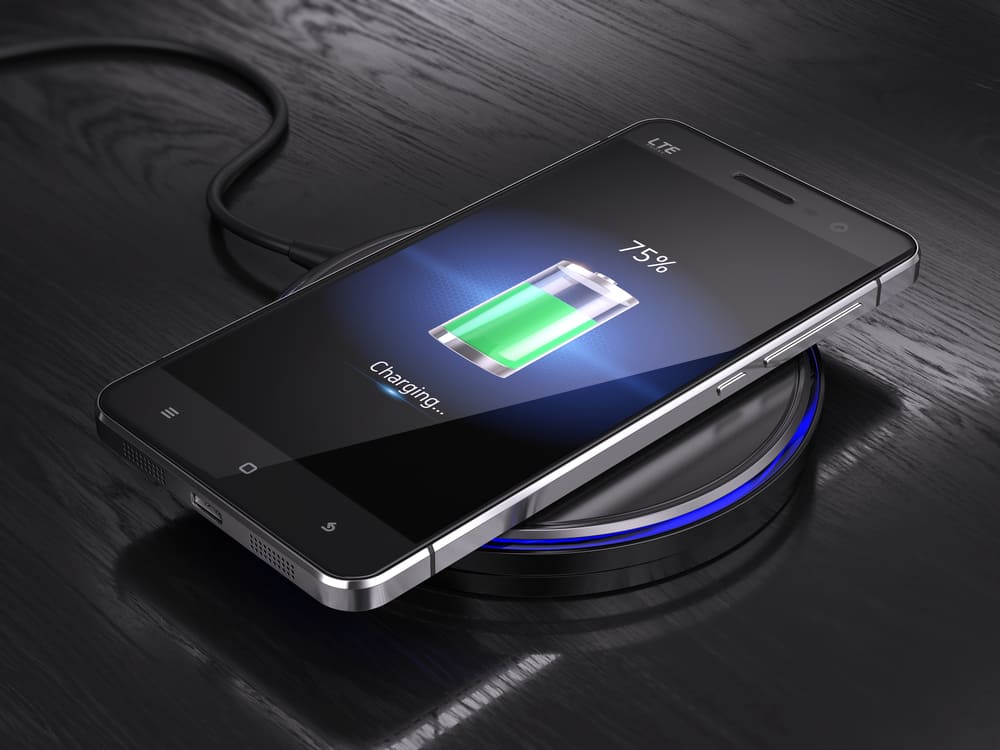 Beyond how it works, wireless charging is not a new idea.

Magnetic induction, the basis for inductive charging methods, dates back to the 1800s.  The ideas behind more modern wireless charging trace to the turn of the 20th century and the days of Nikola Tesla and his “Tesla Tower.” It possessed the ability to transmit electric currents from a transmitter to a receiver by generating a magnetic field.

Impressive for its time, the lack of financial backing left it an unrealized vision.

However, thanks to another trendsetter, wireless charging is generating far more press now then it has over the previous 20 years.

Much like it did for the telephone and walkman, Apple’s entrance into the wireless charging market has brought newfound attention to the technology.

Apple, for now, is moving forward with the Qi standard of inductive charging. This standard is also utilized by Android phone makers, which adopted it over two ago, with some of the earliest examples going back even further.

A step in the right direction, Qi still necessitates a direct connection between the charging pad and the device, even if the device itself avoids tethering to the wall.

Power Mats – Much of today’s wireless charging tech falls under the mat or plate variety and is the form most users identify with and use at home. Lay your device down and let the charging begin. The solution is popping up in coffee shops (Starbucks already has power pads installed in some stores) and restaurants with the charger built into a table or counter top.

Powersquare – This is an actual company, but their tech adopts the multiple device approach, allowing you to power up several gadgets at once. The great thing with this is that you no longer need a dedicated charger for every device or have to split time between yourself and another user.

Charging Bowls – Something of a hybrid between the mat and Powersquare, with a bowl you just drop in your devices and the charging starts. No need to align coils or determine proximity.

The next evolution in wireless charging, however, is one that will truly set a user free.

Just ever-present electricity to keep your devices fully charged wherever you go.

The Future of Wireless Charging 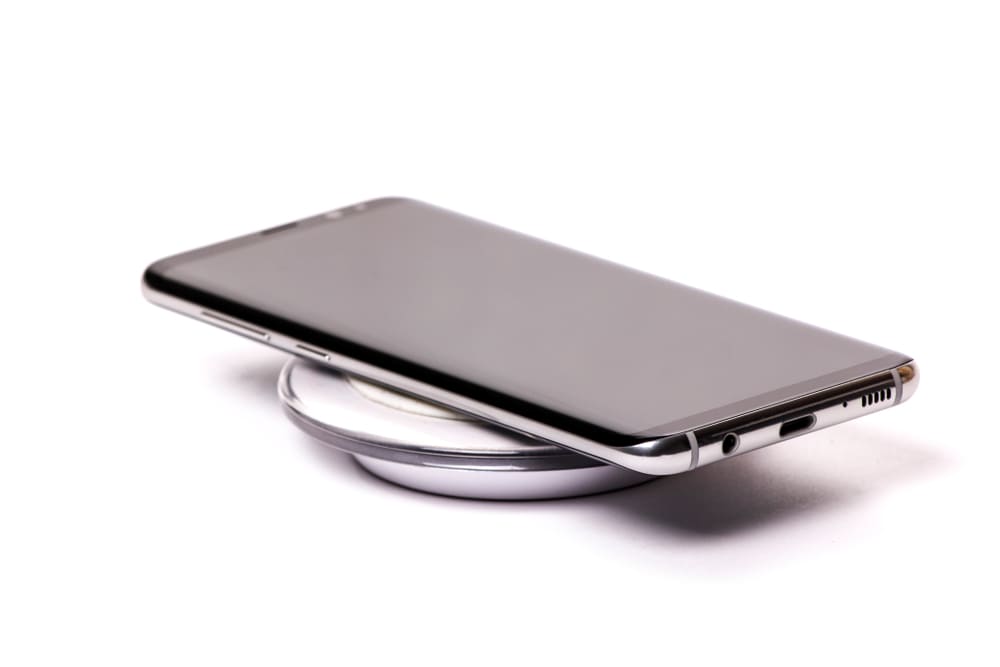 It’s that last point that will soon prove the game changer for wireless technology.

As we stated earlier, no matter the name we give it, society may be mobile, but it’s not really wireless – yet.

Early adopters, like the aforementioned Starbucks built-in charging mats, or the Qi standard chargers appearing in a number of newer model vehicles offer up a glimpse of what’s to come. A company by the name of Order Furniture already has a line of furniture with resonant charging built in.

What about the real game changers?

Next level stuff that will wow us all at first then become so ubiquitous in our everyday lives that we completely take it for granted.

We made brief mention of the WiTricity at home car charging pad. Let’s take that one step further.

Imagine pads built into the pavement at stoplights. Or added to roadways where an electric car receives a continuous charge, eliminating one of the main drawbacks of battery-powered automobiles – the lack of distance they can travel on a single charge.

AirFuel, which bands together multiple tech firms working towards similar goals, has over 100 members and focuses on resonant and RF charging. The alliance is partnering with airports to add resonant charging tech to trains and stations. They are currently gearing up for testing on Taipei’s Taoyuan Airport Metro system.

Even those examples keep the distance requirements within reasonable proximity. What about when the charging needs to be over a greater distance?

It’s still a work in progress, but the groups pushing towards solutions are making real headway.

Two companies – Energous and Ossia – have prototypes that show transfers of up to 15 feet.

The Energous WattUp wireless charging router can send four watts of power to four devices at the same time. As more devices are present though, the power level drops.

Ossia’s Cota systems operate in a similar manner, spreading two watts to a spectrum of devices.

If you think the distance charging is limited to simple charging routers, far broader applications are in development. The technology will find a home in ceiling and floor tiles or built within the walls of public gathering spots.

Even entertainment behemoth Disney sees the ramifications of cordless charging. The company built a fully scaled room that charged phones via resonant charging when the phone entered the room. No plugs, no plates.

An incredible demo, but the giant pole of copper sitting in the middle of the room signaled that there is remains some distance to travel before waves of power surround us.

As evidenced by the examples, the biggest drawback for these and most other developers in the field right now is scalability. With so little wattage delivered at short distances, the practicality isn’t there, especially as more devices are introduced to an environment and fight for their share of power.

The tech will get there. It must.

A purely mobile society is one that doesn’t spend its time tripping through wires. Even as we ask more and more of our devices, their real potential will not fully materialize until every aspect is indeed wireless.

Of course, with a consistent stream of energy powering our tech, those that have long lived their lives on the edge of a cordless existence will have to find new ways to satisfy their thrill-seeking.