How The Robot Revolution Affects the Manufacturing Business

Since the inception of the assembly line, manufacturers have continually searched for ways to improve their efficiency.

In the past few decades, robots have taken over some of the functions of human workers, mostly in repetitive, routine tasks. This has caused alarm for some who are worried about robots taking their jobs.

So, how exactly is the robot revolution changing the manufacturing business? Here’s what you need to know.

The State of the Robot Revolution 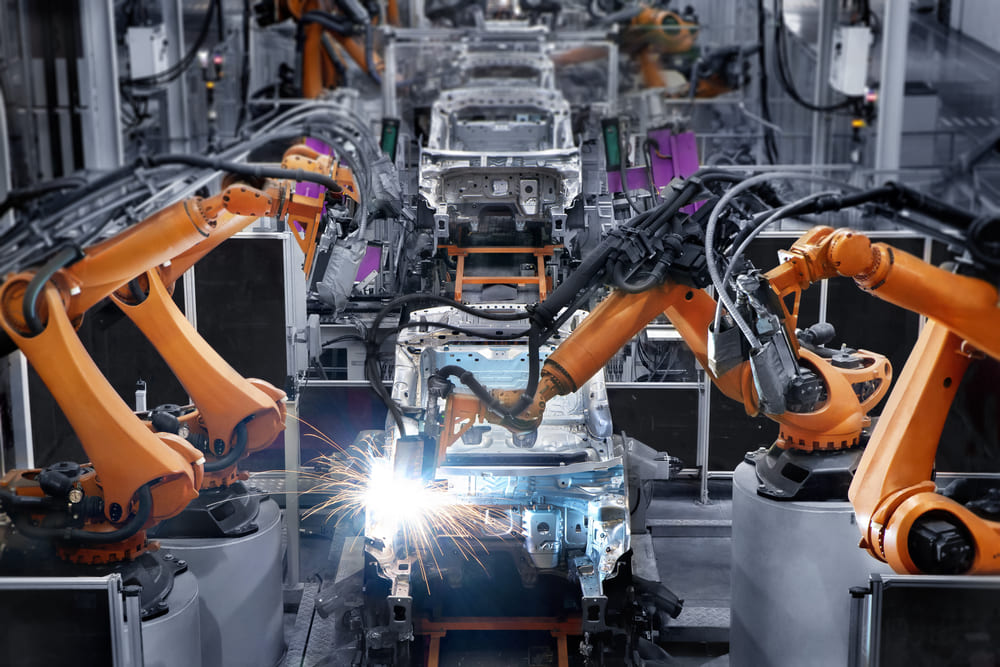 Last year, an 11-inch arm-less robot named Jibo  — a so-called “social robot” — became the latest example of a clear phenomenon: Whether we care to admit it or not,  exponentially smarter and more capable robots are coming soon. In truth, they’re already everywhere we look: in our planes, in our cars, in operating rooms, next to us on assembly lines, in the military, and on the last mile.

Improvements in electric energy storage and the exponential growth of computation power and data storage had enabled robots to learn and make decisions informed by the experiences of other robots.” Does that sound frightening? Robots learning from other robots? In a sense, it leads to a larger consumer interest because the smarter robots are, the more helpful they are to humans. The consumer market will approach $100 billion in the coming years.

Today, most of the world’s robots are used in factories. What’s different is that those robots are smaller, more observant and more cooperative than their predecessors. Venture capitalists are flooding the robot market, which means we will be seeing more of them in our distribution centers and warehouses soon. And it’s not just manufacturers who are utilizing robots. Companies from retailers to hotels are implementing the use of smarter machines.

So, not only will more robots become available, the manufacture of the units, all of their parts, and their internal chips and other technology will greatly affect the robotics industry.

The Changes Wrought by Bots 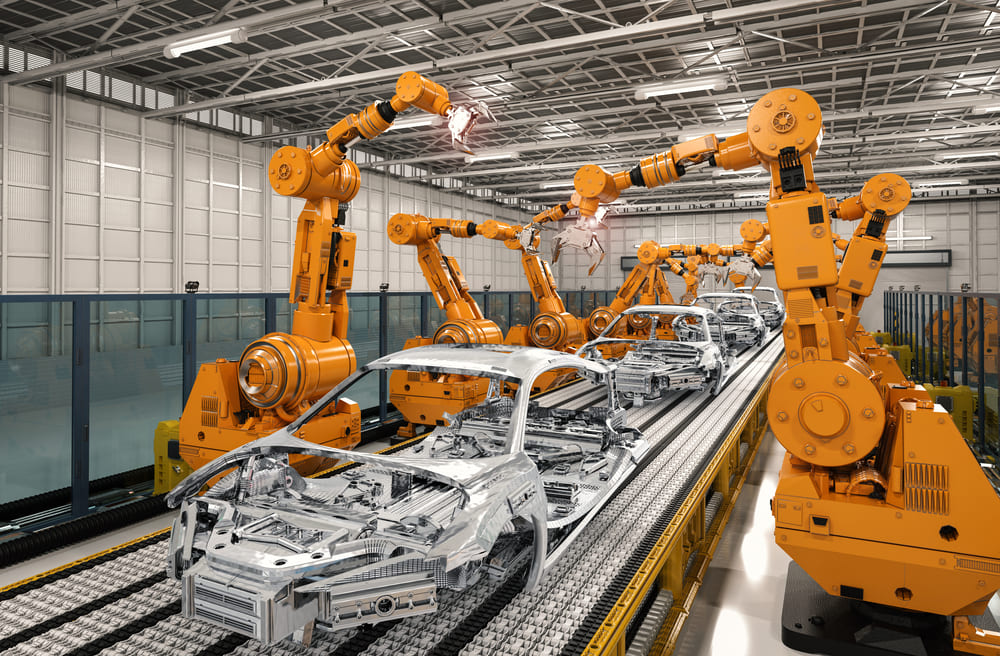 The upcoming “robot revolution” will change the global economy over the next two decades, cutting the costs of doing business, as machines take over jobs like caring for the elderly or flipping burgers.

Robots can already perform manual jobs, such as vacuuming the living room or assembling machines. The development of artificial intelligence (AI) means computers and robots are improving their ability to “think”. They are on the verge of being able to perform analytical tasks once seen as requiring human cognition.

This begs the question: what jobs could eventually be taken over by machines? Bank of America Merrill Lynch’s analysts predict the following jobs to be at risk:

A San Francisco-based start-up called Momentum Machines has designed a robot that would replicate the hot, repetitive tasks of the fast-food worker: shaping burgers from ground meat, grilling them to order, toasting buns, and adding tomatoes, onions, and pickles.

Relatively low-skilled industrial workers in rich countries have become used to competing against cut-price employees in cheaper economies. Replacing workers with machines can cut jobs by up to 90%.

Bespoke financial advice seems like the epitome of a “personal” service, but it could soon be replaced by increasingly sophisticated algorithms that can tailor their responses to an individual’s circumstances.

Some 570,000 “robo-surgery” operations were performed last year. Oncologists at the Memorial Sloan-Kettering Cancer Center in New York have used IBM’s Watson supercomputer, which can read 1m textbooks in three seconds, to help them with diagnoses.

Merrill Lynch predicts that the global personal robot market, including so-called “care-bots”, could increase to $17 billion over the next five years, “driven by rapidly ageing populations, a looming shortfall of care workers, and the need to enhance performance and assist rehabilitation of the elderly and disabled”.

Should workers be concerned about the infiltration of robotic workers? While the U.S. and Canada have lost more than 6 million jobs to overseas outsourcing, the majority of job losses in both countries was due to machines replacing humans.

The facts, however, tell us that over the past two decades, inflation-adjusted U.S. manufacturing production has grown nearly 40 percent. While there may be fewer jobs, more is getting done. Manufacturing employees have better education, are better paid and produce more valuable products — including technology that allows them to be more productive.

In the past few years, there have been millions of jobs remaining unfilled in the manufacturing sector. The aging workforce is not being replaced by younger workers. Youth are more interested in other work.

There are other issues to consider as well: Robots are safer. They are reliable. They are more ethical than using exploited labor overseas. They’re incredibly cost-effective, with manufacturers seeing return on investment in 12 months or less. Robots allow manufacturers to focus on innovation. This creates new jobs that require and build a more educated, highly skilled workforce.

So, will a robot take your job? Possibly. But, in return, workers of the future will likely find more meaningful work, for better pay. But there is also a distinct possibility that more white-collar jobs will be taken by robots with AI.

Jobs in Jeopardy from AI 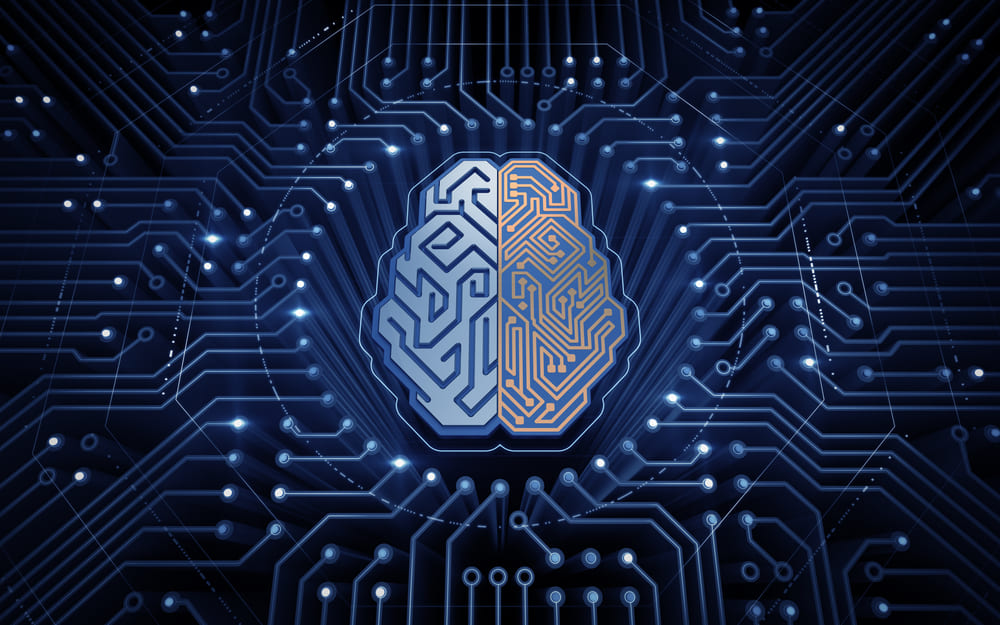 Artificial intelligence (AI) will also change the face of employment. Digitaltrends researchers found jobs that AI could handle that we humans would never dream of handing over to a machine.

While genuinely bespoke legal work still requires humans, A.I. can help perform tasks ranging from legal discovery (the pre-trial process in which lawyers decide which documents are relevant to a case) to creating contracts. They can even argue parking fines and handle divorce proceedings.

If you want to go into law, study a combination of law and computer science. You could advise on how best to turn laws into algorithms or investigate the legal framework around new technologies like self-driving cars.

Given the enormous amount of data generated every day by companies and individuals, data entry clerks won’t be going anywhere. But, by its very nature, this repetitive and boring job seems designed for a robotic worker or AI. You can snag job security by learning about data science or how to oversee machines doing the data entry.

News organizations could use bots to generate sports reports, or they could try to use AI for more in-depth investigative journalism. Bots could be the hired researcher human journalists always dreamed of, able to pull up statistics and find interesting patterns in data.

Fleets of autonomous vehicles are going to have a huge impact on human service drivers, and autonomous trucks will mean the same thing for long-haul drivers. While the technology for autonomous vehicles is nowhere near perfect, taxi drivers and chauffeurs might want to consider furthering their education in a new field.

You wouldn’t think a robot or AI would do well in a sweltering kitchen, right? IBM’s Chef Watson can generate new recipes from scratch using an astonishing knowledge of taste chemistry and flavor pairings. And robots like Miso Robotics’ burger-preparing Flippy can prepare meals and serving them at speeds human chefs struggle to achieve.

AI gives financial analysts a run for their money. Computers can see patterns and initiate trades faster than even the quickest human analyst. The future for this industry will be in becoming a “quant”: someone able to combine knowledge of the financial sector with computer science and math are highly sought after to help develop the algorithms which increasingly drive this field.

Chatbots can convincingly deliver a script – just like a human. But, one A.I. company, Mattersight, uses voice recognition to determine the personality type of customer service line callers and connect them to humans with a similar personality type.

AI has algorithms to diagnose diseases, computers are being used to recommend the best cancer treatment, AI pharmacists fill prescriptions, wearable AI devices help treat physical disorders, and there are even robots carrying out surgery. But, for the most part, humans will still be needed in medicine. Immediate future technology augments human physicians and healthcare workers rather than replacing them.

There’s no doubt that manual labor jobs that once required humans are now be done by robots. Robots can work nonstop without getting tired. But, robots do lack manual dexterity, a skill that requires a human worker. We see this in factory work most often.

Cambridge Industries Group runs a large factory in China. Their goal is to replace 2,000 of its 3,000 workers with machines in the coming year. Shortly after that, it wants the operation to be almost fully automated, creating what’s called a “dark factory.” They want to switch the lights off and leave the place to the robots.

But, during a recent test, one of the packaging line robots stopped working, stopping the entire production line and costing the companies thousands. So even CIG acknowledges that replacing humans with machines is not foolproof. There are dozens of companies throughout Asia that hope to replace humans with robots for ultimate cost efficiency.

Introducing throngs of robots cannot be done overnight. That much is clear from the struggles faced by a $130 billion Taiwanese manufacturer named Foxconn. In 2011, the founder said he expected to have a million robots in his plants by 2014. The challenge proved much more difficult than originally thought, and just a few tens of thousands of robots had been deployed within three years.

Chinese robot companies and research institutes have managed to develop industrial robots fitted with a fork-like appendage that can perform routine factory work at terrifying speeds. But factory bots don’t begin and end with China.

Rethink Robotics in Boston created a pair of flexible and intelligent industrial machines. The products require very little programming and are equipped with sensors to help them recognize objects and avoid hitting people.

Robots have their place in many manufacturing companies all over the globe. It’s time for us to accept them as part of our global economy.

While many will continue to fear robots and AI for the damage they can do to the job market, when businesses are able to save money with cost effective machinery, they have more resources to higher more skilled workers.

The robot revolution is inevitable. Humans in manual labor jobs need to prepare for adding new skills or starting a whole new career.