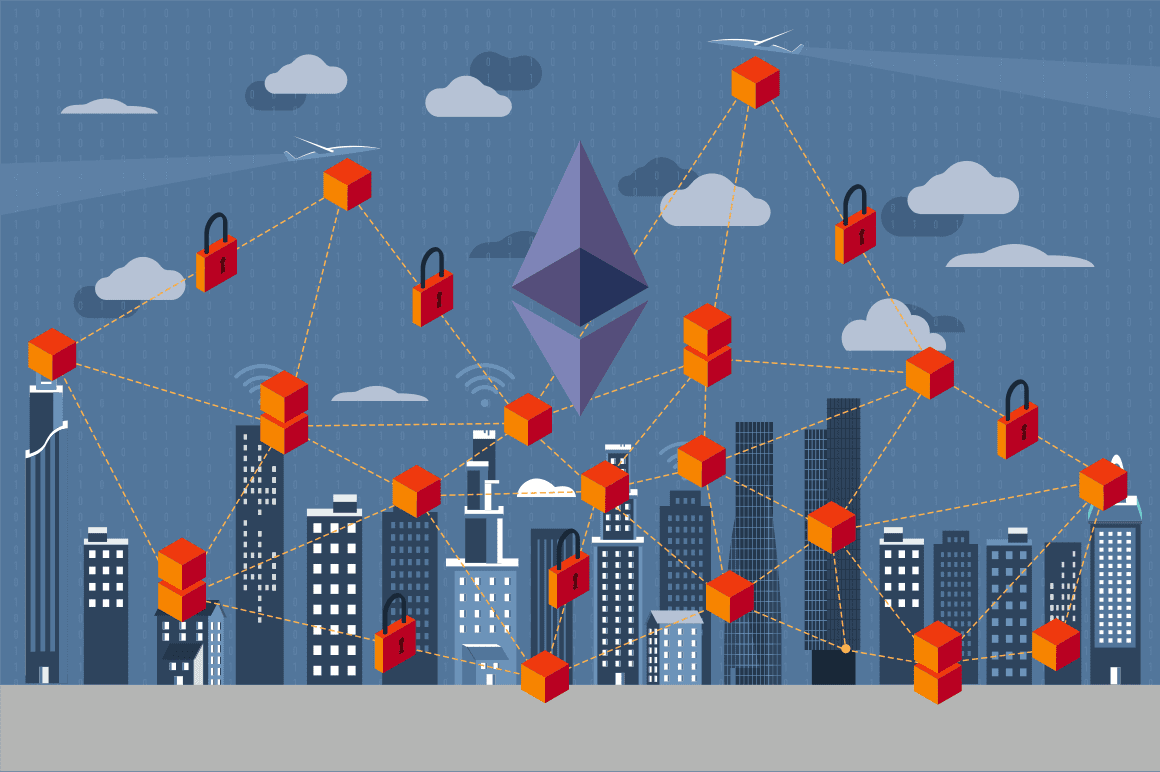 Since the earliest days of the internet, community and security have been key topics associated with both the growth of the digital age and the difficulty of finding a secure place within it.

A noble, albeit elusive goal, the tech giants of today still struggle with the open concept of the internet, while at the same time trying to guarantee with certain securities. Passwords, queries, and the infamous “I am not a robot” prompts are time tested solutions that keep us safe amongst an ever growing online population.

But do they really?

What if the community was the security? What if transactions done online were efficient, transparent and secure? What if everything you transmitted digitally could be done in this manner?

Blockchain technology could very well be the answer to those questions. It also has the potential to be so much more for manufacturing companies who buy solenoid valves and clean rooms.

What is the Blockchain? 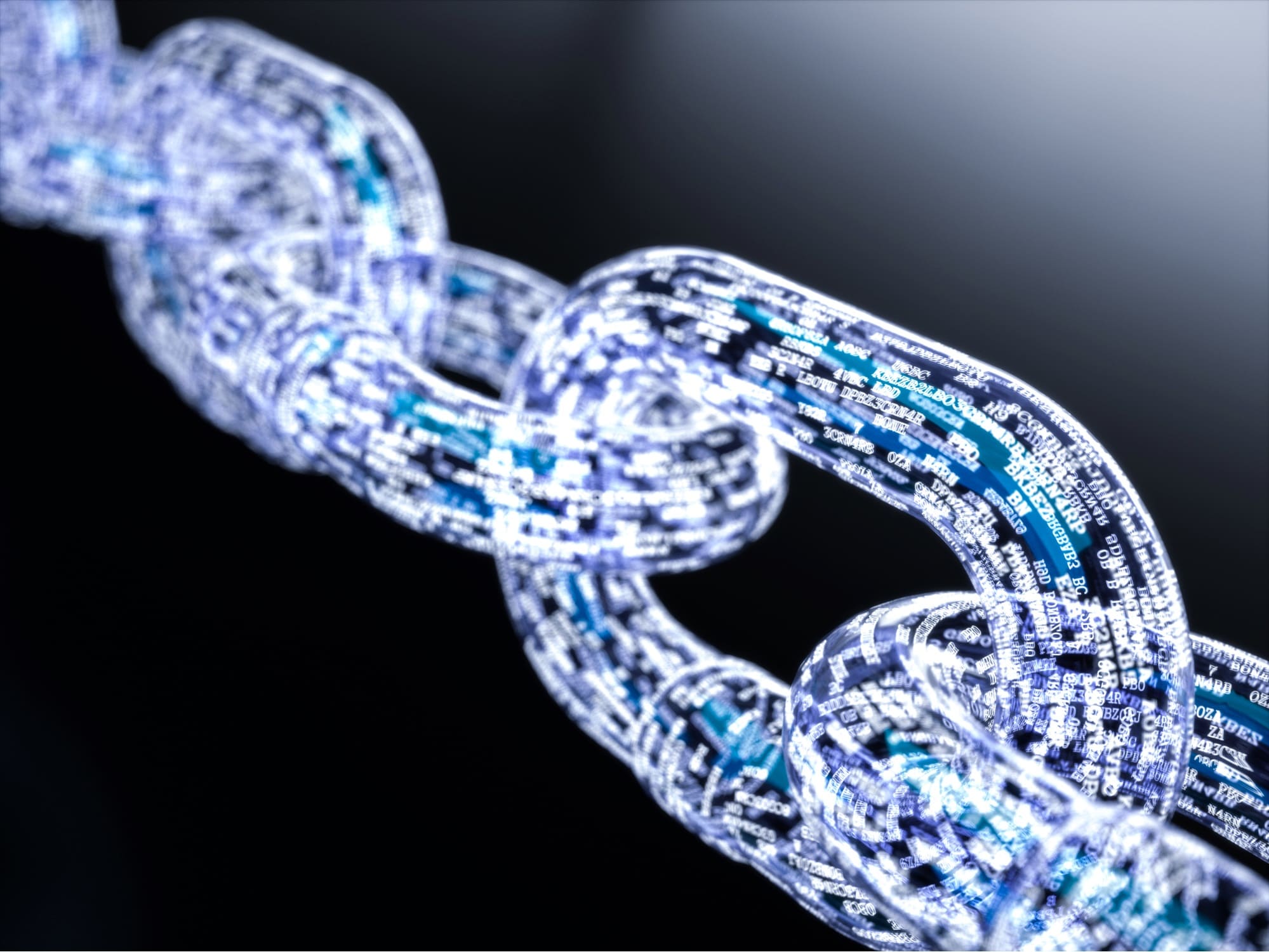 At its core, a blockchain is a series of computers or “nodes” that together make up a network, or digital ledger, of transactions. As new transactions – the blocks – are made, the ledger is updated and all nodes instantly possess the new ledger and use heavy duty power cords and power supplies.

Think of it in terms of a database that is being updated and added to by multiple users, who each in turn have access to the latest, most up-to-date version.

The key to the blockchain concept, though, is that the ledger is not stored by a central entity or in a single location. Instead, it is shared and maintained across the multiple nodes that make up the network. 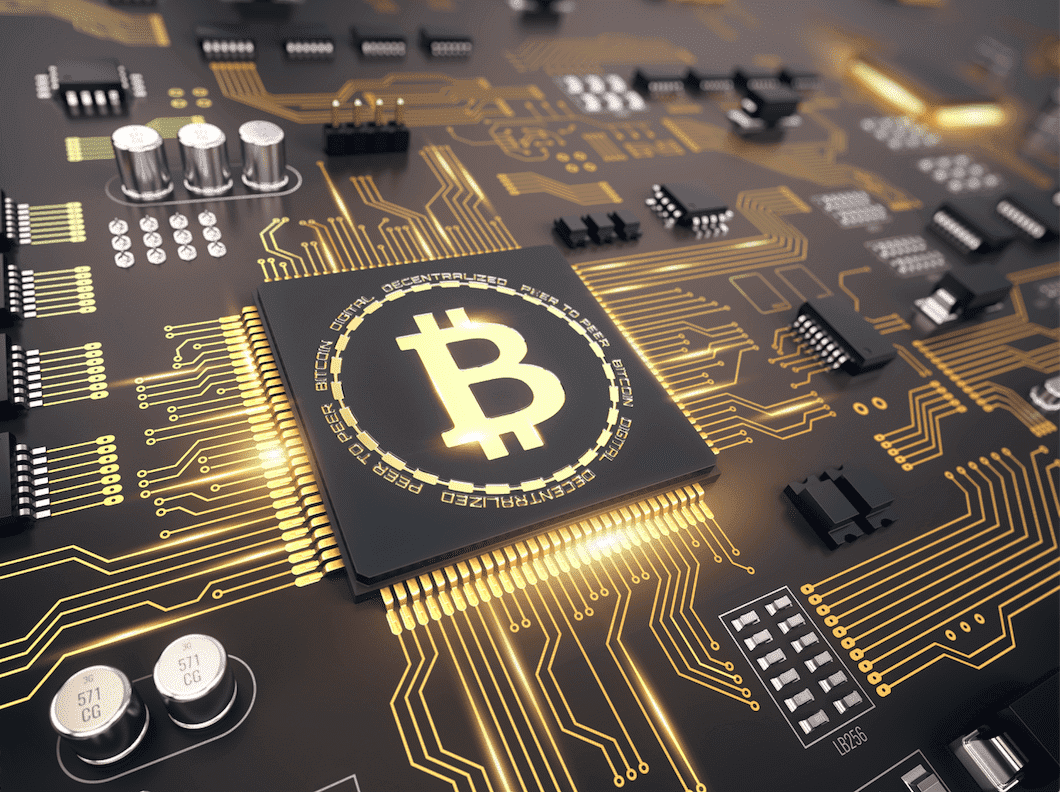 Initially, blockchain technology was created to manage digital currency transactions made with Bitcoin. As noted above, the ledger of these transactions were not stored in a data center or in a central repository, as, for example, a bank would.

A simple example of this transaction process may go like this:

It is important to note the system does not track the actual balance, but instead catalogs the current transaction along with all prior ones.

With the exchange shown above, a few things become clear. First, unlike the majority of modern day financial exchanges, this transaction is public, and is made through a single, common ledger.

Second, there is no intermediary or central point of contact. All of the nodes involved confirm the soundness of the transaction before it is added or finalized in the system.

Finally, there is no middleman handling the paperless transaction. Nothing can get lost in translation and a signature page will not be found stuck between the wall and copy machine. The exchange is quick, efficient and public and serves the manufacturing companies who sell commodity items like plastic bags.

A pointed summation comes from Don Tapscott, co-founder and Executive Director at Blockchain Research Institute. He notes, “At its most basic, the blockchain is a global spreadsheet — an incorruptible digital ledger of economic transactions that can be programmed to record not just financial transactions but virtually everything of value and importance to humankind.”

He goes on to mention that this includes anything from birth and death certificates, marriage licenses, and degrees or diplomas to medical records or procedures, insurance claims, or even votes.

How Safe Is It? 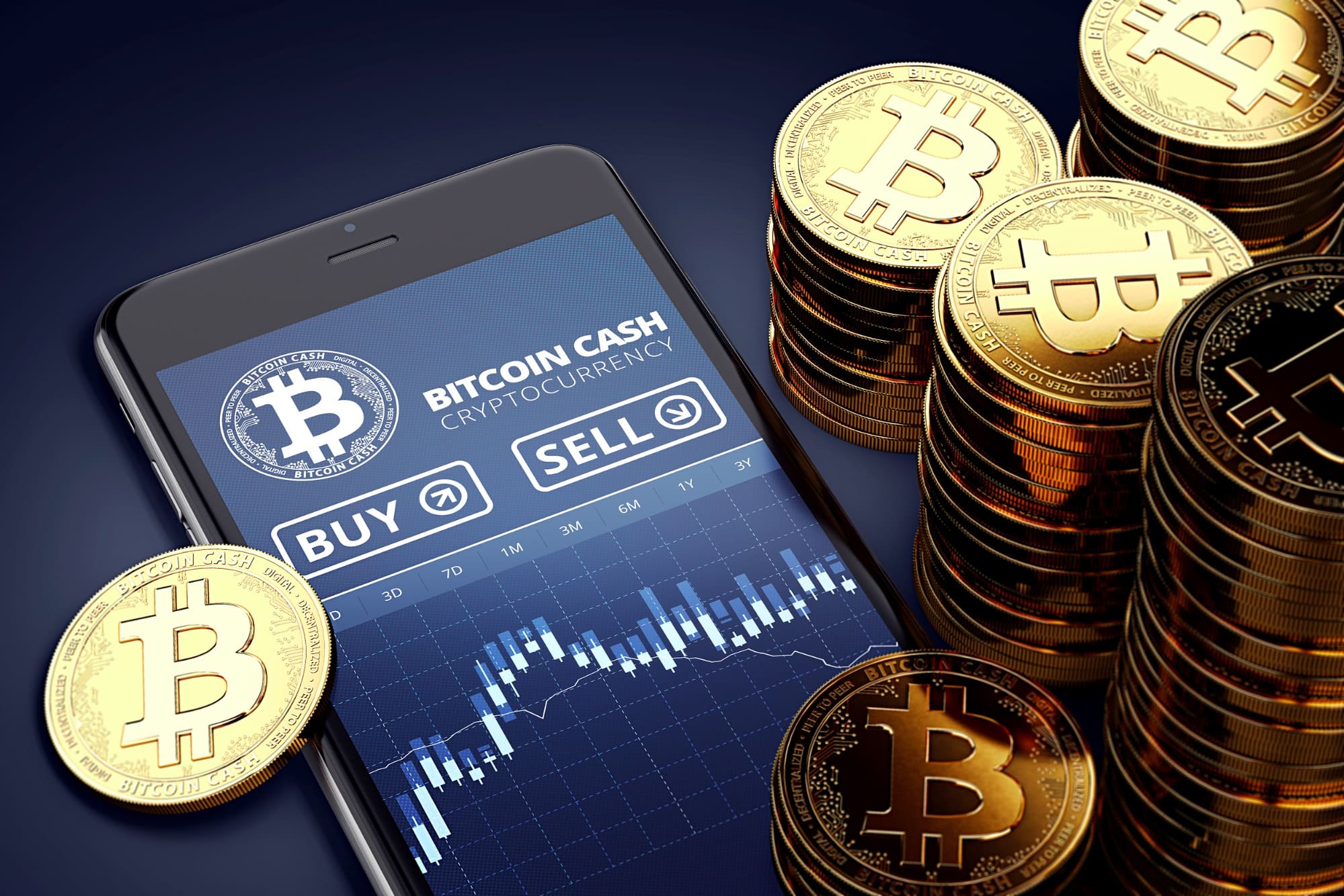 Going deeper into how the blockchain works reveals the machinations of its security apparatus.

Going back to our Bitcoin example, to initiate the transfer of the 25 Bitcoins, I must possess a wallet, which only I have access to and which is where my Bitcoins are housed. That wallet has a private and public key, both of which are encrypted.

The public key is effectively my blockchain address. The private key is what allows me to retrieve my assets, Bitcoin or otherwise. So, when I initiate the transfer, the nodes on the network verify my request by decrypting the public key, not the private one.

With no centralized verification system, the blockchain method of broadcasting the transaction across the network of nodes means the proof is, effectively, everywhere.  makes forging or exploiting the data a fool’s errand.

To explain it another way, if I say the sky is blue and you argue it is not, I would be correct as it is common knowledge and universally accepted that the sky is, in fact, blue.

The blockchain, by repeatedly and publicly updating the requests, is creating a commonly accepted authenticity of every transaction performed and works well with the small purchases of fastening bolts and screws.

The implications of this are profound. Eliminating identity theft, protecting against mass hacks, and guarding sensitive or proprietary data have been difficult challenges to overcome as thieves, and those aiming to do digital harm become more sophisticated and aggressive in their methods.

Patrick Byrne, CEO of Overstock.com, has said, when referring to the blockchain and money market security, “With blockchain technology, we can create a version of Wall Street where no one can cheat and where all kinds of mischief cannot even occur.”

Additionally, Jason Kelley, IBM Global Manager for Blockchain Services, points out, “It allows people to exchange value without knowing the identity of each other necessarily, in a secure way on the back end. On the front end, its simplicity, transparency and trust. Think of all the cost, time and often waste that happens in the exchange of value – blockchain rids that from the system.”

Blockchains, while maybe not a panacea, can aid in creating safer, more reliable data systems through the elimination of singular data vaults and the propagation of irrefutable public records, which can help prevent the wide scale abuse of manufacturing companies overseas who are in titanium, aluminum, stainless steel and nickel production. 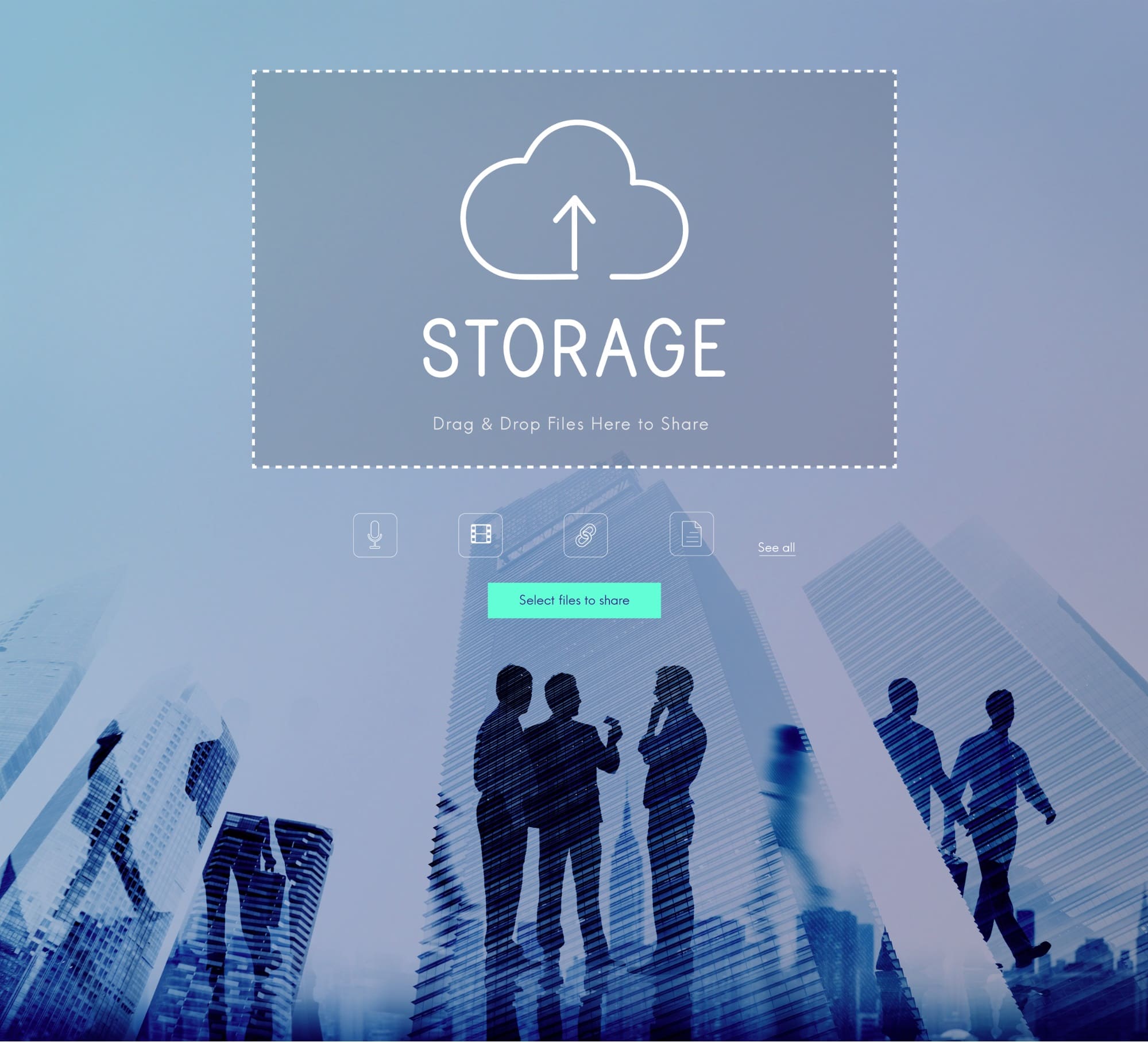 As noted, blockchain may have been created to maintain the integrity of Bitcoin transactions, but the application of the concept has endless potential.

We already covered the document management aspect, from certificate to licenses to certain data records. But what else is there? Several start-up groups are exploring ways the blockchain can improve upon or revolutionize current standards and practices.

One such group is using the blockchain concept for cloud based storage. This enables users to increase their data’s security by eliminating the single storage method of today’s providers. It also allows subscribers to sub out unused space or storage they are not utilizing.

Tech giants and governments alike are also part of the blockchain revolution. Microsoft is actively looking at partnerships with organizations that specialize in the technology. Delaware is the first state in the U.S. to harness its possibilities, hoping to improve efficiencies for companies incorporated within its borders in such industries as aluminum extrusion, chillers, and pneumatic conveyors.

Even retail giant Wal-Mart is looking at potential applications through a partnership with IBM. Together, they hope to improve food safety by monitoring the food life-cycle from beginning to end.

As impressive as that list may be, many believe that only scratches the surface. For some, the blockchain may very well be the next level of the internet.

Widely verifiable records that are secure and tamper-proof.

All of these are goals in pursuing a more community driven and less corruptible means of communicating and transacting with each other. Many prior generations have looked for the right balance in achieving these objectives in creating a better, more hospitable society.

And today, much as in the past, we still strive for that utopia.

Now though, perhaps more than ever before, the future is clouded in uncertainty. No one really knows what the world will truly look like in ten, twenty, fifty years. Unfortunately, this often leads a lot of people to believe it will be fraught with distrust, turmoil and maybe even a bit of madness.

As our world evolves, so do the breakthroughs that help meet those fears head on. And with technologies like the blockchain re-configuring the way we interact with one another, the future may well be a very bright place.