Let’s get this out of the way: ever since the 2001 movie A.I. (and actually way before then, too), people have believed that artificial intelligence would soon emerge in the form of a race of robots that imitate human behavior until they become so smart and successful that they ultimately overpower the human race.


We envision artificial intelligence as computers taking on lives of their own and using their brains to pull all sorts of shenanigans.

But computer scientists perceive it more like teaching computers to teach themselves. Instead of spoon-feeding each and every lesson to computers, they constantly update every time a new term or connection is created. The public still has a sort of uneasy Sci-Fi connotation of the term “artificial intelligence,” but Google A.I. is here now and it is much more benevolent than anything Hollywood ever dreamed up.

What Is Google A.I.? 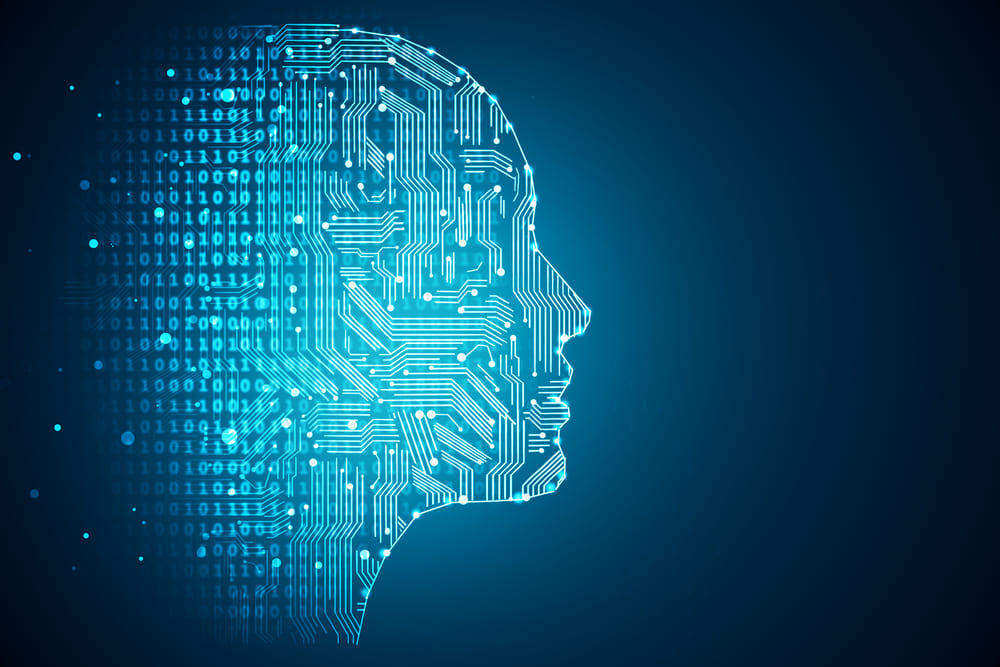 Google is at the forefront of virtually everything technology-related, especially when it comes to software. Artificial intelligence is no different, but in this case it has a distinct advantage–the billions of searches people perform on Google and its sub-brands every day. In fact, they recently said:

From computer vision to healthcare research to AutoML, we have increasingly put emphasis on implementing machine learning techniques in nearly everything we do at Google. Our research has been core to the development and integration of these systems into Google products and platforms. To better reflect this commitment, we’re unifying our efforts under “Google AI”, which encompasses all the state-of-the-art research happening across Google.

Google’s A.I. software learns from the millions of individual profiles and collective trends within the Google ecosystem, quite literally allowing it to learn what we’re searching, where we’re going, and who we’re communicating with.

Google’s A.I. sifts through all of the information we input to Google in an effort to more quickly and helpfully provide information to us.

To break this down simply, it works something like this.

If you search for information about Labrador Retrievers and German Short haired Pointers for a few days in a row, the next time you type “V-I” into the search bar, it is likely to assume you are searching for information about “vizslas” (a breed of dog) as opposed to “victory motorcycles.”

Google uses deep learning today on its core services to provide more useful recommendations on Youtube. Google Brain is behind the technology used here, which monitors and records our viewing habits as we stream content from their servers. Data already showed suggesting videos that viewers will want to watch next is key to keeping them hooked to the platform, and the ad bucks rolling in. Deep neural networks were put to work studying and learning everything they could about viewers’ habits and preferences, and working out what would keep them glued to their screens.

So, A.I. helps provide predictive search results and tailors your content so that the internet is less overwhelming and more user-friendly. The easier it is to use, the more often users return and the longer they stay. It makes for a more refined user experience for us, and a more valuable product for Google to sell to advertisers.

All of this is made possible by an in-house project known as Google Brain which processes everything from routine internet searches to complex deep learning problems like identifying objects within an image or even video. 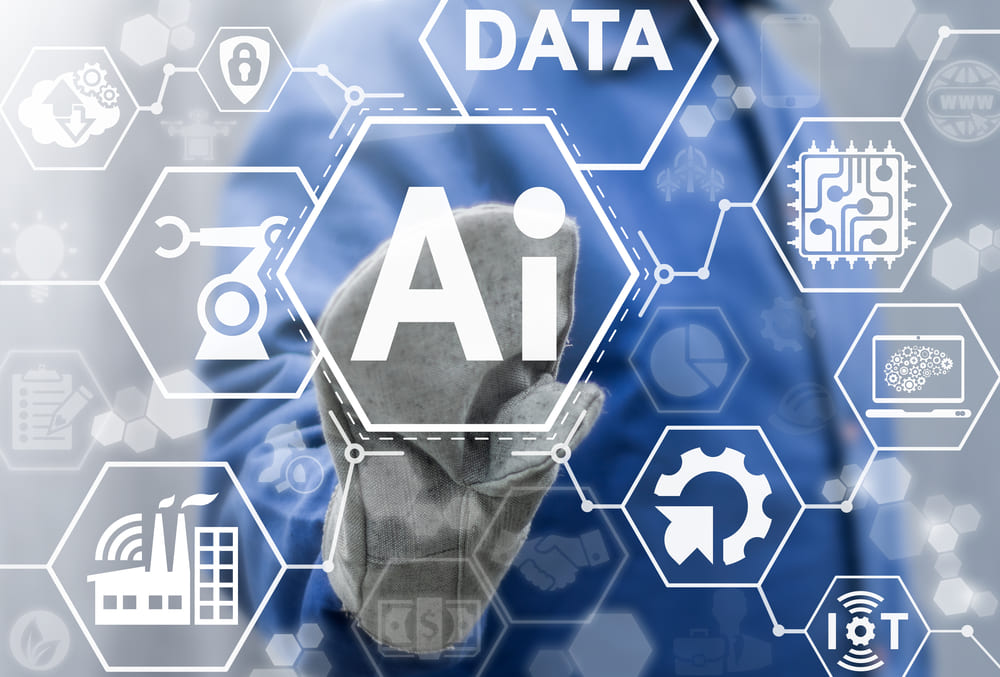 Unlike Pandora’s decade-long “music genome project” which required human beings to actively input data and tags to cross-reference songs and artists, artificial intelligence (also known as “machine learning”), makes these associations over time based on similar behavior across Google’s platforms.

If you frequently use Google Maps to navigate to coffee shops and occasionally Google search home Chemex recipes, your Google News feed will start to show you more coffee-related news and stories.

This is generally helpful and accurate, but the miracle is that it happens without extensive human input. It would be virtually impossible to create enough tags and code to “teach” computers every type of correlation, but by teaching machines how to “learn” from patterns and trends, they become artificially intelligent.

So, Google’s A.I. project is less about world domination and more about feeding you information on things you’re likely interested in. However, that’s not to say it doesn’t have a self-serving motive.

How Google Aims to Dominate A.I.

Like all seemingly “free” benefits on the internet, there is a hidden cost. Usually, the cost is that websites sell ad space to pay for their content. In Google’s case, it tries to be as helpful as possible in hopes that users will remain within its ecosystem for longer.

Whether it’s providing you with suggestions for nearby coffee shops or linking you to related articles based on recent searches about flower gardening, it is ultimately increasing the time viewers spend within its apps and increasing the potential that they may click on a sponsored post to make a purchase or get directions.

As the Economist notes regarding the monetary value of A.I.:

The advantages of AI are most visible in firms’ predictions of what users want. Automated recommendations and suggestions are responsible for around three-quarters of what people watch on Netflix, for example, and more than a third of what people buy on Amazon. Facebook, which owns the popular app Instagram, uses machine learning to recognize the content of posts, photos and videos and display relevant ones to users, as well as filter out spam. In the past it ranked posts chronologically, but serving up posts and ads by relevance keeps users more engaged.

Not only that, by autonomously processing staggering amounts of data, Google learns something about human nature that can only be done when the majority of internet users worldwide access your software in some way or another.

With services ranging from photo storage to maps to search engines to email and calendar apps, Google provides incredibly useful, free tools in nearly every realm of our online lives. In exchange, it collects a lot of information about us which likely informs how it creates the next generation of its software–and also of hard goods like the Google Pixel smartphones. 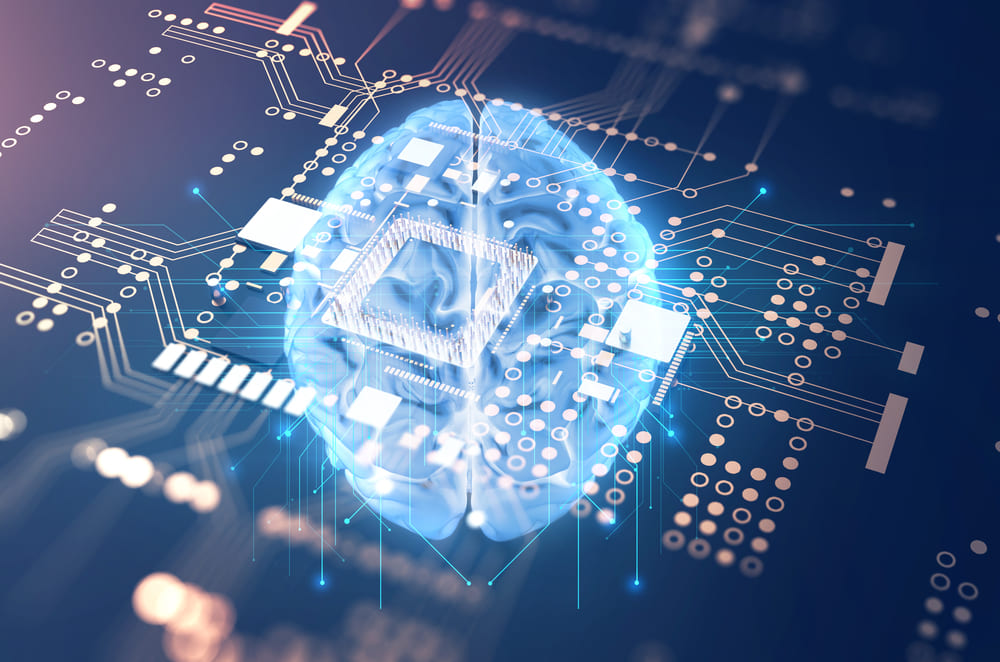 In one crucial way, artificial intelligence is sort of like the movies say it is. As we get better at teaching machines to perform machine learning, those same machines get better at machine learning. The gap between computing power and A.I. is really just a question of computer scientists learning how to optimize the “learning” potential of today’s powerful software and hardware.

As artificial intelligence software gets smarter and better, it then gets to “learn” from an ever-increasing amount of web searches and other actions within the Google ecosystem. As Google software improves and enjoys wider adoption, its A.I. has an even larger set of data to learn from.

Even though Google likely has one of–if not the–best A.I. development teams in the world, its real secret is its massive global user base which provides it with a nearly unlimited amount of “lessons” for machine learning.

A quick look at all the brands and apps Google owns makes it clear that its intelligent suggested content and smart virtual assistants will become better and more ubiquitous every day. Ever get sucked down a “YouTube rabbit hole” and wonder how you got there? That’s A.I. at work.

It may not be as glamorous as smart androids helping us with uniquely human problems, but Google’s A.I. software is stunning–and it’s learning more every day.