The problems of overpopulation and environmental issues have our world leaders considering what the next step is to ensure the survival of humanity. What are we to do once the population has reached the critical tipping point? What about if the earth becomes uninhabitable?

Our sister planet, Mars, is our best option for long-term colonization. The problem is the distance. It would take decades of round-trip missions to set up even the most basic, viable colony.

This leads scientists to consider all options – including human hibernation. 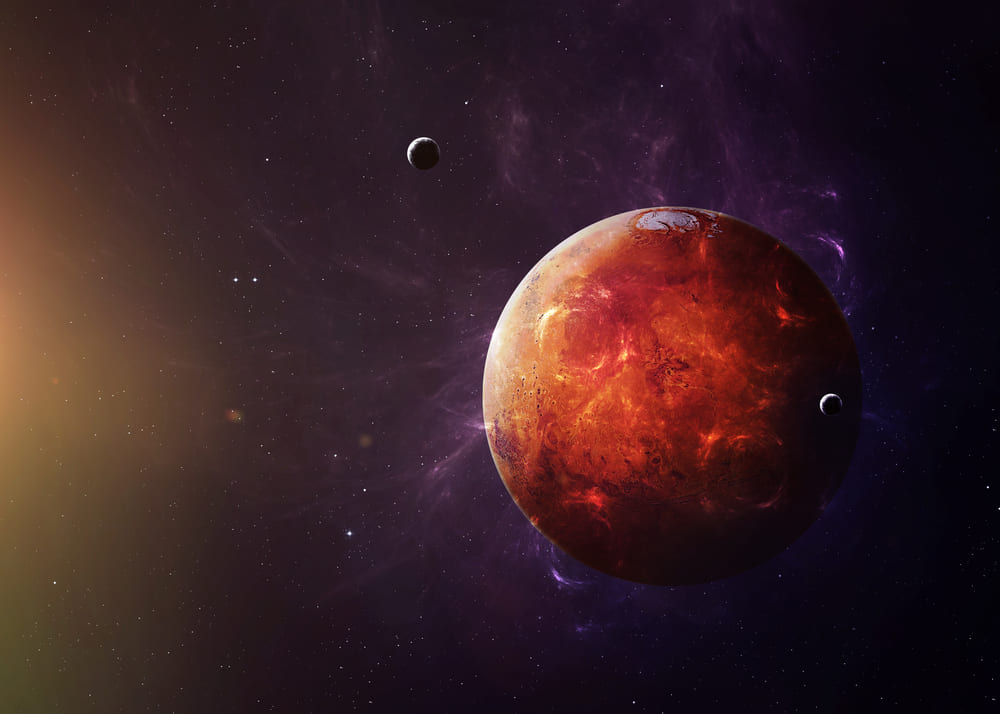 Generally speaking, the function of hibernation is conserving energy during an insufficient food supply. To activate hibernation, a creature decreases its metabolic rate and body temperature. Hibernation lengths can vary depending on the species, environmental temperature, season, and body condition. Before hibernation begins, animals must store enough energy to last through the hibernation period.

But, scientists are also studying hibernation as a way for humans to attempt the first manned mission to Mars. The idea of hibernation is now a real possibility for ensuring that human astronauts can survive extended space journeys to other planets. NASA-funded company Spaceworks is innovating human hibernation through various methods and their research is ongoing.

The State of Hibernation Research 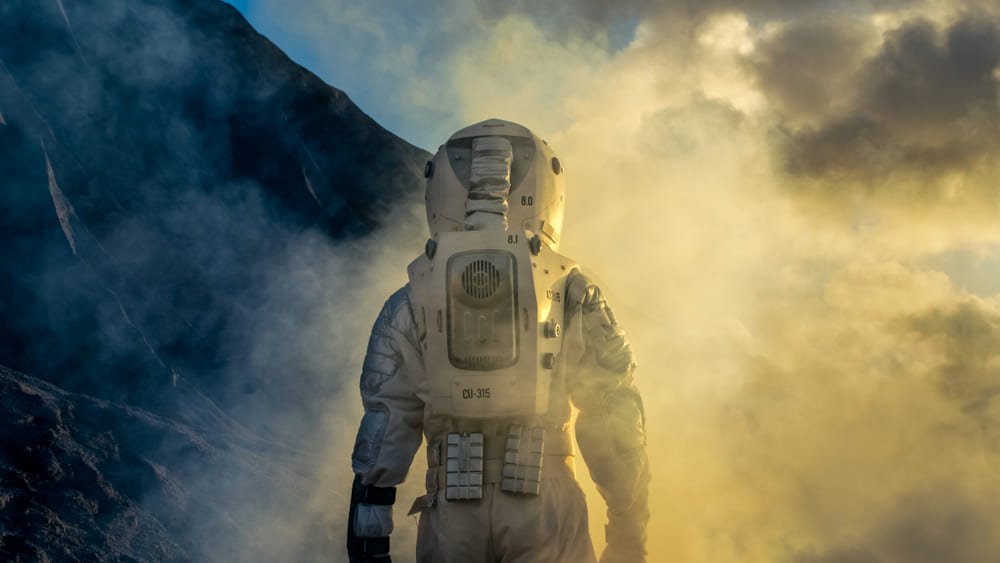 In extended space travel, if the crew sleeps, that reduces the amount of food and life support systems needed, reducing overall ship mass and costs.

One research team has focused their efforts on “therapeutic hypothermia”. This well-established practice is used in hospitals globally, performed on thousands of patients to treat traumatic brain injury or cardiac arrest.

Doctors will cool the body to 32-34 C, one degree per hour, slowing down heart rate and lowering blood pressure to give doctors more time to work treating acute brain and heart issues. This stasis typically lasts for 2-4 days, though there are times when doctors have chosen to keep patients in stasis for up to two weeks— and the patients experienced no complications.

Researchers are seeking the ability to keep people in stasis for months rather than days or weeks. The medical equipment used to induce and maintain therapeutic hypothermia can be automated and made space-ready. The small, low-powered, easy to use, device is portable enough to be carried by EMT’s.

Spaceworks’ is creating a stasis chamber that will most likely resemble the stasis pods we usually see in science fiction movies. Spaceworks’ engineers are leaning toward an open, shared stasis chamber, with robotic arms and monitoring systems taking care of the astronauts. The people would have small trans nasal tubes for the cooling and warming systems to control stasis.

The downside of the stasis chamber is the near certainty of body wear and tear, as well as possible mental instability upon waking. That is why NASA continues to look into other hibernation methods. 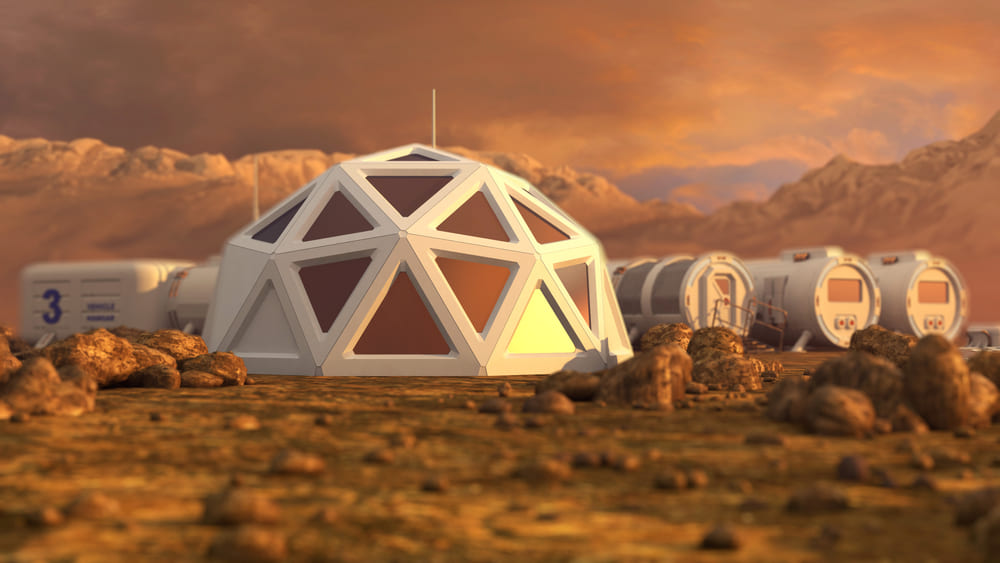 Another option NASA has been considering is to put astronauts into a state of hypothermia resulting in torpor – a type of hibernation. The astronauts would enter a state of deep sleep at the start of each mission, and then wake near the end. With this method, astronauts arrive at their destination rested and ready to work, rather than fatigued and possibly insane.

Of course, there is significant R & D that needs to be done before a torpor hibernation system can be considered a viable option for space travel. The current system, RhinoChill, has only been used in therapeutic scenarios on Earth. Orbital testing is the next step.

Researchers and investors recognize the potential savings of these hibernation options for a trip to Mars or another planet in the outer Solar System. If humanity is to explore the vast outreaches of space, these stasis options will be necessary.

There’s so much research, engineering, and design to be done before torpor space travel can be a reality. Researchers are uncertain about long-term health issues that could arise from a hypothermic state.

Torpor space travel may be viable years from now, but it’s good to know there’s actually energy and research being invested to give humans a chance to explore the galaxy. Another of those options is cryosleep. 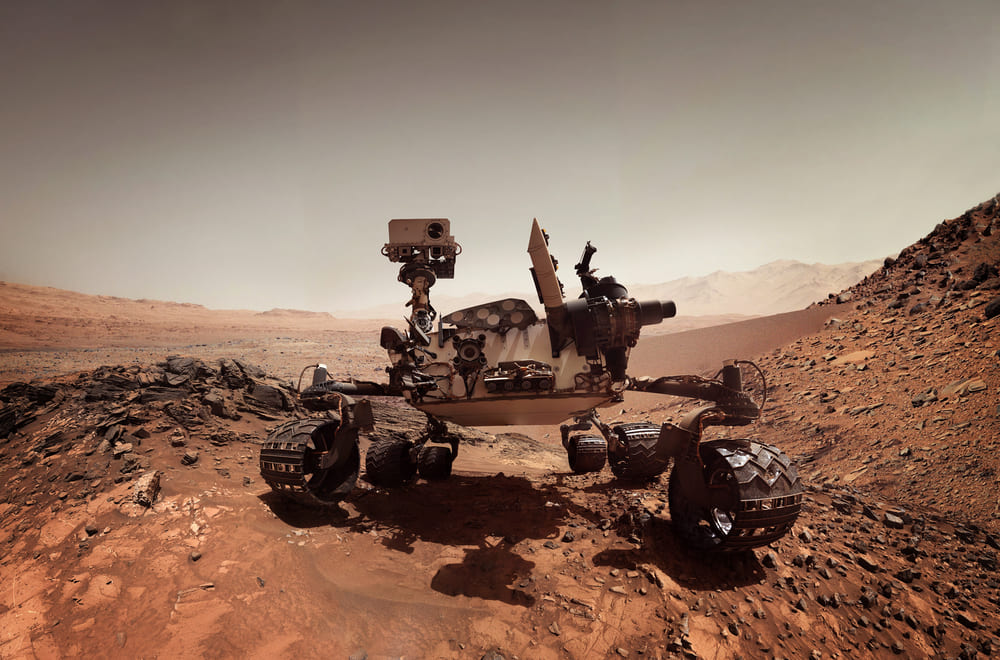 NASA is planning to put up to half a million dollars into plans to develop a hibernation chamber which will allow humans to sleep up to two weeks.

The space agency’s Innovative Advanced Concepts Program is funding the creation of a cryosleep system. Though the idea of cryosleep has to date been the work of science fiction, NASA is trying to turn fiction into reality.

A cryosleep system works by chilling the human body and inducing a state of hypothermia allowing astronauts to sleep for up to two weeks. This would allow just one astronaut to maintain the functions of a spacecraft, allowing the vessel to be much smaller and to travel efficiently through outer space.

NASA hopes to leverage these devices in their planned missions to Mars. These types of hibernation tools could eliminate technical hurdles and allow for a sustained Mars mission.

Scientists at NASA find the challenge invigorating and hope to move forward with several cutting-edge technologies. These types of projects at NASA are done in phases, and the studies of Phase I have been quite successful. The scientists are looking forward to the Phase II protocols and expanding the possibilities for cryosleep.

Other Phase II projects to help with manning a mission to Mars include an advanced engine that uses directed energy to propel a spaceship at high speeds.

The current conceptualization of a hibernation chamber would be what Spaceworks calls an open chamber. These allow crews to take stasis in shifts. Robotic arms and computerized monitoring systems would ensure the safety of the astronauts.

This allows for less weight on the spacecraft and ensures that conscious people will manage possible emergencies and conduct standard life-sign monitoring.

Since the long-term health effects of space travel are not well-documented beyond the International Space Station, Spaceworks is trying to incorporate exercise into stasis. The researchers are considering electrical stimulation, like that used to aid in physical therapy.

This technology also solves several logistical issues for manned space flight. If the craft has crew members who are awake, mission specialists must factor in the volume of food, water, and air needed to keep everyone alive for the months or years of an extended mission. Having periods of wakefulness for the crew will help manage the psychological impact of long-term space travel, with the hope of lowering the risk of flight crews yielding to anxiety, depression, or claustrophobia.

Animal testing of these systems is underway. Human testing will follow using the International Space Station. 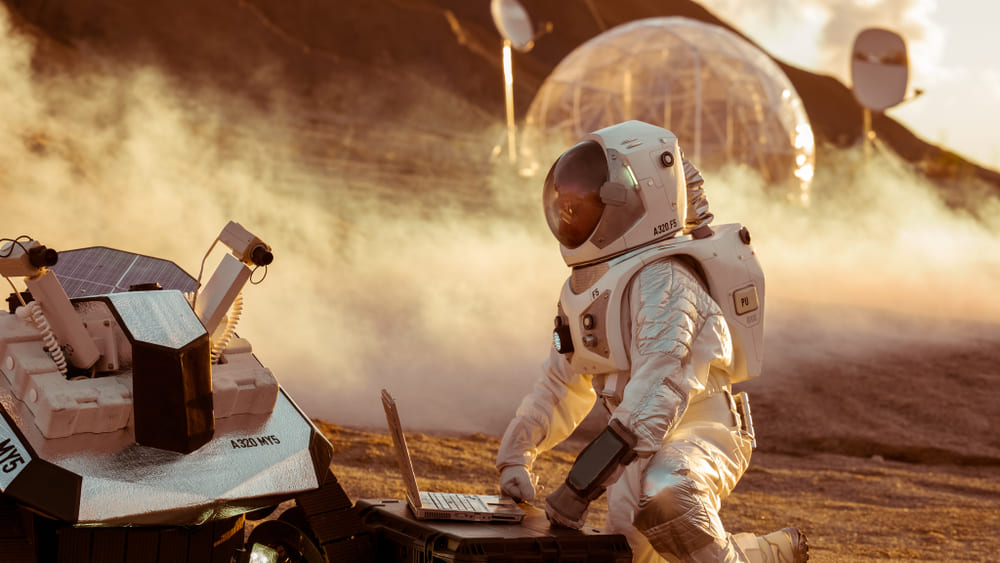 Regardless of the costs for R&D or possible long-term side effects, Space.com posits that hibernation solves a variety of problems connected to deep-space travel:

Now that it is clear that hibernation of some kind is on its way, that only leaves one question.

Does It Get Us to Mars? 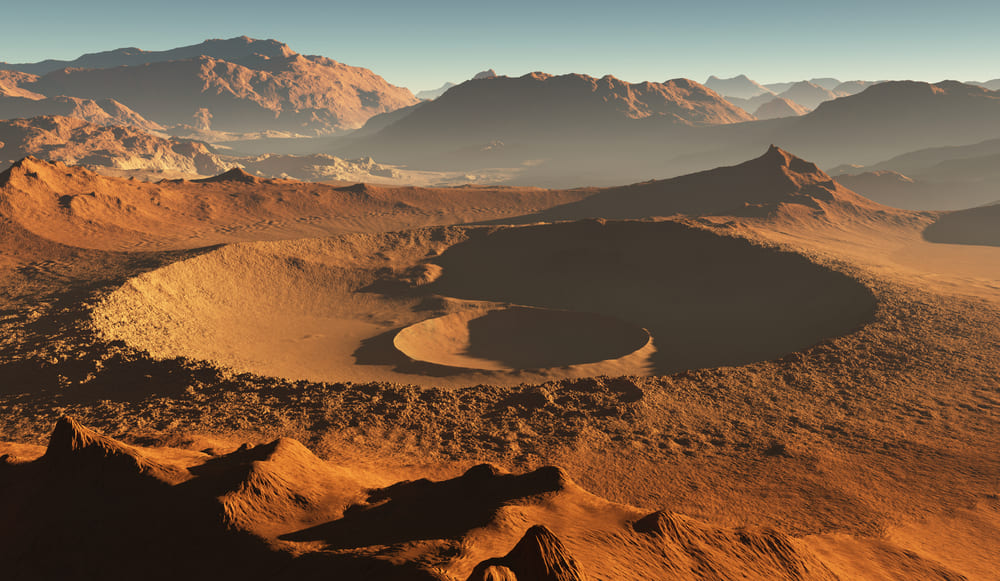 There are multiple issues to consider when planning for long-term missions to Mars. According to a NASA-funded study, keeping astronauts unconscious “almost halves the haul of any given trip. When a crew is placed in an inactive state, many of the ship’s subsystems can be removed and the space and equipment needed for humans significantly cut down. The negative psychological and social aspects of prolonged space travel could be mitigated, too.”

Today, the longest a human being has been recorded surviving in stasis is just 14 days. To get to Mars, astronauts would need to hibernate for up to 140 days, or 10 times as long. Current rocket technology gets us to Mars in 6-9 months, covering the 55 million kilometers between Mars and Earth.

The emerging technology, along with centuries-old medical techniques, have engineers looking to keep people unconscious for weeks at a time. But while research has been hopeful, human hibernation, hypothermic torpor, and cryosleep are still years in the future. A manned mission to Mars may be on the horizon, but there is still much work to be done to refine and perfect human hibernation.

It seems as though science has begun its foundation for human hibernation that could give mankind the tools to reach the outer rim of the galaxy – and possibly beyond.

But until such time, researchers, scientists, doctors, engineers, and space agencies must continue to design, test, and build new machines, equipment, and rockets that could propel our sleeping travelers to their far -out destinations.