Are We Really OK With Facial Recognition? 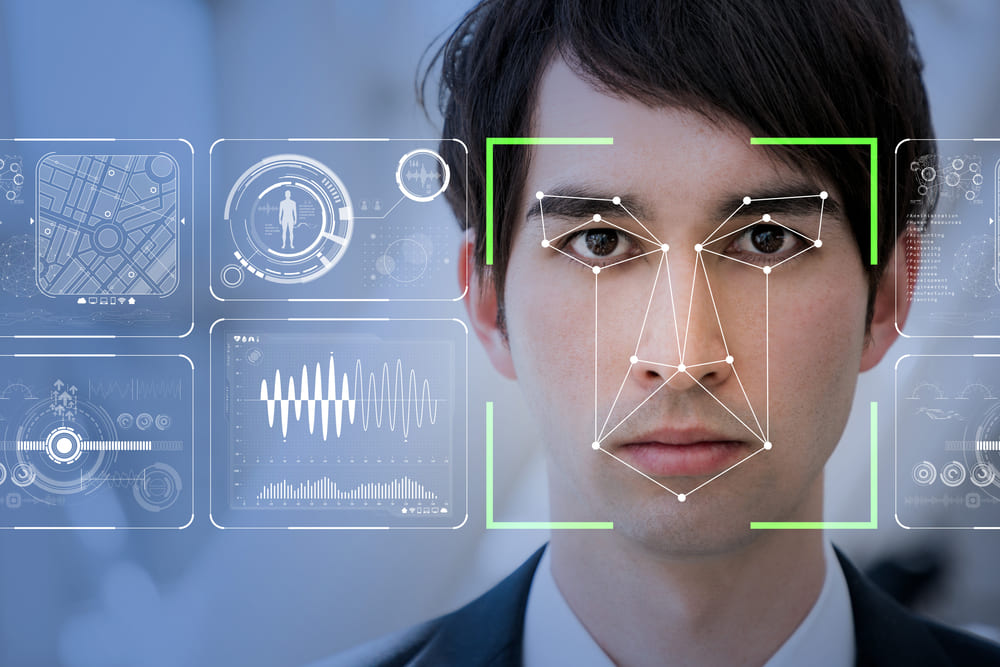 When most people think ‘facial recognition,’ their minds probably drift to the latest iPhone security feature, which lets you unlock your phone by looking at it (and theoretically makes it impossible for anyone but you to unlock). But, facial recognition appeared long before it debuted on iPhones, and now its applications are much wider–and potentially more controversial.

Think back to the time you logged into Facebook and learned it would now automatically ‘suggest’ tags in photos uploaded onto the social media website. It was an uncanny, giddy moment– “How does it know that’s so and so?!” And it did it consistently, quickly, and with scary accuracy.

The new-tech euphoria quickly wore off as you realized that, somewhere in Silicon Valley, there were developers, apps, and computers that could quickly scan a photo and determine exactly who was in it.

And therein lies the rub. The same technology that enables one convenient iPhone feature and saves you a few seconds tagging photos on Facebook (if people still do that these days) is also being rolled out in full Orwellian force, enabling governments, security agencies, and other entities interested in tracking and managing people the ability to pick out your face in a crowd using the video cameras that are already covering nearly every angle and inch of big cities.

What Is Facial Recognition? 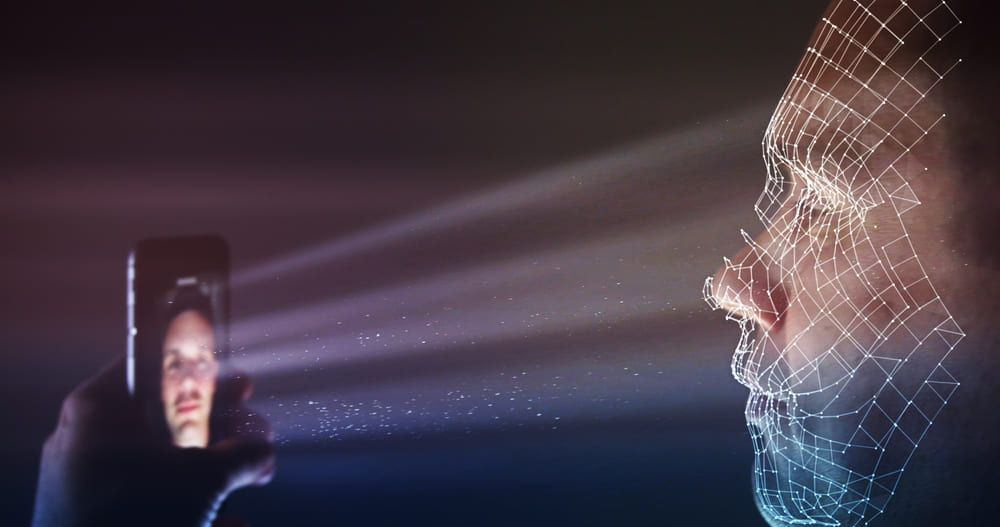 Facial recognition, much like the name implies, involves a computer’s ability to recognize an individual face. When you stop to think about how you recognize your friends, you probably list some standard traits like height, hair color, a certain feature or two that stick out to you.

Computers have to learn how to recognize individual faces in images, then compare those faces to a database or other images in order to “recognize” a given face. This is one task where humans still act far faster and more reliably than computers.

Our innate ability to recognize people is almost indescribable and usually instantaneous; computers have to treat faces like math problems and then try to ‘solve’ them against other equations until they find a match.

Still, recent iterations of facial recognition work better than ever before. iPhones are becoming shockingly good at unlocking when they see their owners’ faces and governments now rely on facial recognition in certain circumstances.

Facial recognition software uses a two-step process to recognize that something within the frame is indeed a face before measuring various features of the face to determine which face it is.

Every face has distinguishable ‘landmarks,’ which are  a series of ‘peaks and valleys’ that can be measured by a computer. Some software companies call these peaks and valleys nodal points, and the industry consensus is that the human face has an average of 80 nodal points.

Here are some of the primary nodal points computers use to recognize human faces:

Early iterations of facial recognition relied on 2D imaging techniques to evaluate nodal points, which understandably could be easily misconstrued if faces are turned at different angles or obscured by shadows or bright areas.

The latest facial recognition software uses 3D imaging to more accurately detect and identify faces, even when they are partially obscured, turned at extreme angles, or otherwise lack landmarks which computers could previously identify.

Facebook’s latest software, dubbed DeepFace, boasts a 97.25% success rate at identifying human faces in photos. Human beings average 97.58% on the same test. The technology that may have made the occasional silly gaffe a few years ago has quickly closed the gap to within a decimal point of human intelligence.

Some companies are taking identifying techniques several steps further by using biometric identification that treats facial texture and wrinkles much the same as human fingerprints–each line, mark, and variation in tone is unique to an individual and in some instances may be more accurately measured and compared than nodal points.

How Facial Recognition Technology Is Used in the Real World 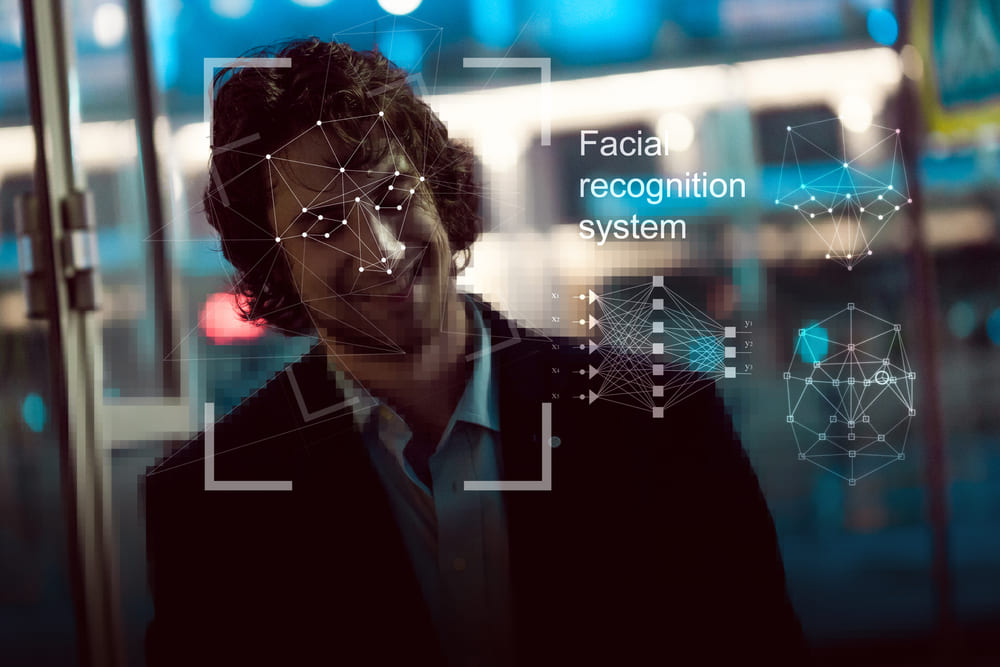 While automatic picture tagging seems relatively harmless and iPhone facial recognition is (as far as we know) an opt-in feature, facial recognition technology is quickly gaining widespread use in the real world, often in places that you are completely unaware of.

The United States uses a form of facial and fingerprint recognition at its Customs stations in airports to cross-reference visitors against multiple databases. The Tampa Bay Super Bowl famously had cameras covering every inch of its perimeter, and it was one of the first locations to openly announce that it was under complete surveillance–essentially daring visitors to step beyond the signs and be recognized by its facial recognition technology.

Many police organizations are rolling out surveillance and software programs designed to automatically identify criminals or persons with outstanding warrants. But, while there are some remarkable stories of the technology working in complex real-world scenarios, there are also sobering statistics like the South Wales, UK Police Department’s facial recognition trial returning 90% false positives at multiple different events.

Singapore has begun testing facial recognition technology by mounting cameras on lampposts in urban areas, with the stated goal of 100% coverage as the technology improves.

In theory, this means that streets will be free of crime, or at least of criminals evading identification and apprehension. In practice, it means that there is no more opportunity for privacy in public, and it means that police forces will increasingly rely on technology for police work, radically changing the way governments operate and enforce laws.

In Nanchang, China, a facial recognition camera correctly identified a man wanted for “financial crimes” in a crowd of over 30,000 people at a pop concert last April. This success story titillated police organizations and technology enthusiasts the world over while stoking fears that George Orwell’s seminal dystopian classic 1984 was finally coming true.

Police apprehended him during the show and positively identified him using traditional techniques, though they would have never found him at that show without the aid of cameras.

Whether searching for a criminal or a missing person, facial recognition technology has the potential ability to aid law enforcement in radical new ways while saving human resources for more direct tasks than monitoring cameras or reviewing thousands of hours of video footage. 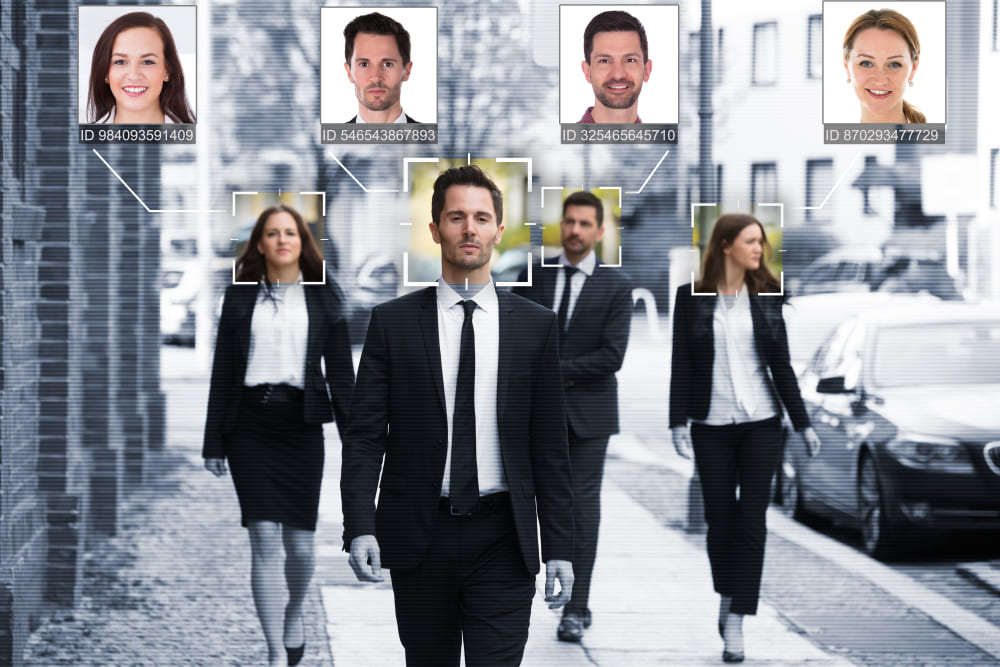 There is an innate trade-off involved in using facial recognition technology as part of a public information gathering and surveillance operation, though.

Many law-abiding citizens state they welcome additional oversight intended at reducing crime, while others bristle at the loss of privacy and further removal of ‘the human element’ from policing and security.

Then there are concerns of bias in the technology realm. While many software developers like to tout computers’ inherent objectivity, facial recognition software performs markedly better with certain ethnicities and skin tones than others.

This furthers the ethical concerns surrounding misidentifications and wrongful imprisonment, while also threatening the very foundations of democracy in places like the United States, which promise people innocence until proven guilty before a jury of peers.

What happens when peers are replaced by computers and people place blind faith in computers? Are advances in facial recognition software accuracy enough to compel us to place more trust in such systems for more important tasks with far more serious implications than an accidental tag on Facebook?

As the technology matures, it will be rolled out more extensively. As with every new and disruptive technology, it appears to be a life changer that we will soon wonder how we ever lived without it.

However, there are serious privacy and even democracy concerns associated with ubiquitous surveillance, and it’s important that we stop and ask if we’re okay with that and if the convenience and benefits outweigh the feeling that someone is always watching.

For OEM manufacturing, there are opportunities to prevent sabotage as well as increase safety programs. A non-qualified operator of a part washer or ultrasonic cleaner would be prevented from its operation, and employee sabotage of production runs like metal stampings or forgings would not have access to such processes and machines.