Are Electric Scooters the Future? How Do They Actually Work?

If you’re a particular age, then you might have memories of riding a scooter. Those flimsy, two-wheeled scooters that gave you freedom on the sidewalk in front of your house before your acquisition of a bike opened up the whole neighborhood.

Until recently, that image of a scooter as a nothing more than a child’s toy was the one most people carried.

Now, several companies, such as Bird, LimeBike, and Spin, are out to change that perception. They are banking big on the idea that the small, compact e-scooter is a viable personal transportation device.

Let’s take a look at where e-scooters are at today, from their fundamental appeal to how they work to their practicality beyond ordinary weekend fun.

The Rise of the Electric Scooter 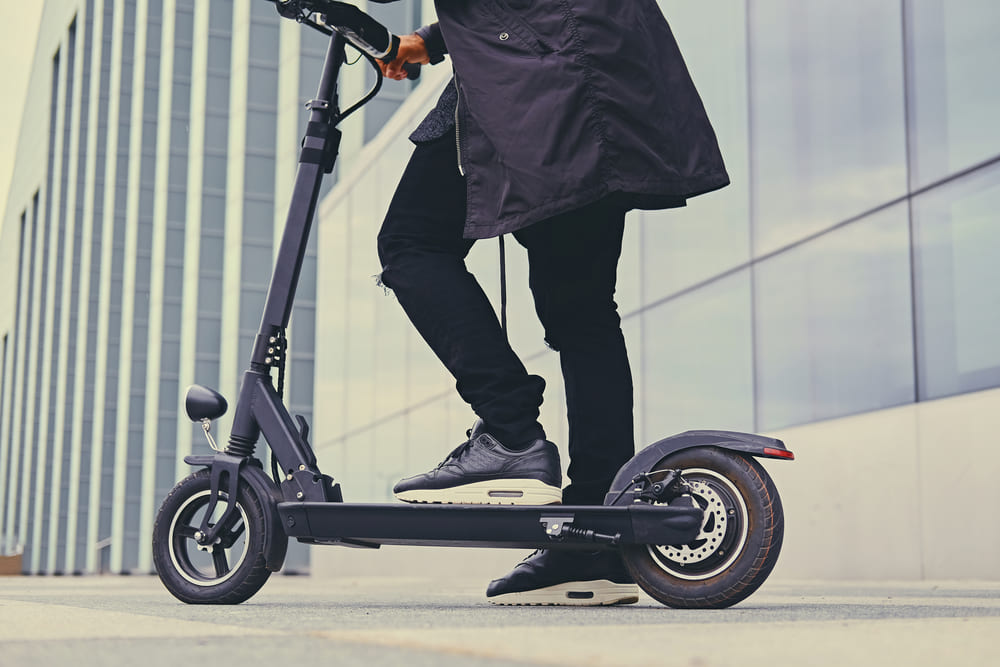 Although manual and electric kick- or push-start scooters have both been around for some time, the popularity of the latter has risen steadily over the past two decades.

Perhaps the central development in the design and marketing of today’s e-scooters is children are no longer the primary audience.

Make no mistake, the targets are still young. They just happen to have a different set of priorities.

Young professionals who live and work in urban environments.

People looking for alternative means of transportation in those same cities.

Each of these groups offer a market segment that tends to eschew the norms and traditions of the past. Zipping around town on a low-speed, zero-emission scooter certainly caters to those demanding alternatives.

With a unifying factor that everyone over a certain age will probably look a little goofy riding one, it’s easy to see the appeal. It also doesn’t hurt that electric scooters come across as simple and easily accessible devices that are even easier to operate.

How Do Electric Scooters Work? 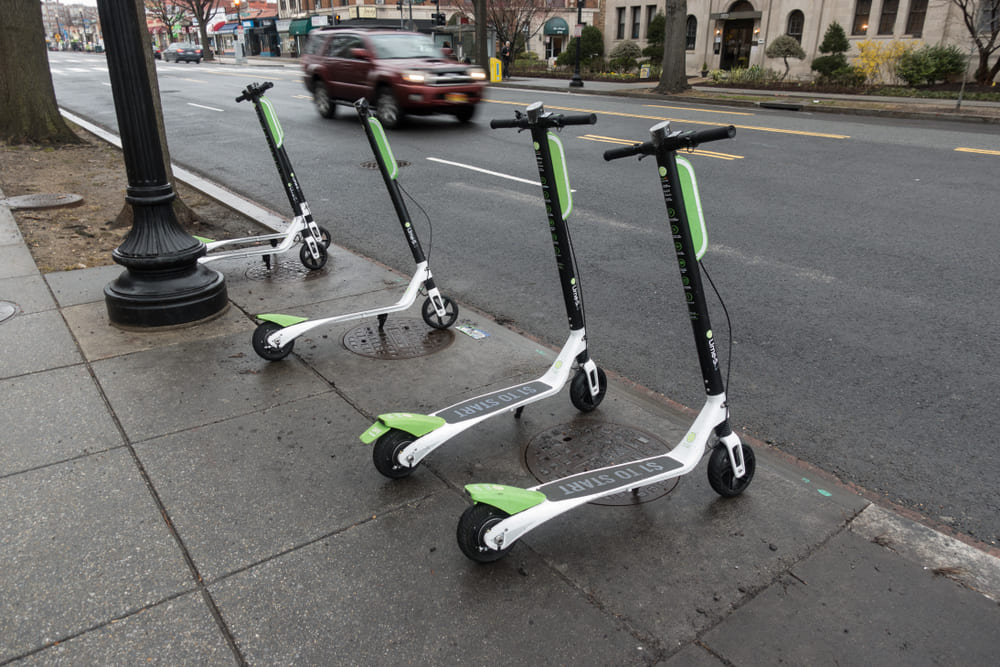 E-scooters, much like their non-powered siblings are about as straightforward as it gets when it comes to personal transportation devices.

In their simplest form scooters are composed of a narrow platform or deck,  t-stem handlebars with a throttle and hand brakes, two wheels (although some models come with three or four), and front and rear suspension. Most scooters are fold-able, and some models also include a seat.

When it comes to variation, scooters are what they are. Alter the design too much, and they become an entirely different form of transportation. However, they do possess a few key areas where a slight difference makes a significant impact on performance.

It begins and ends with the battery.

You’ll find one of three battery types in the manufacturing of e-scooters, Nickel Metal Hydride, Lead-Acid, and Lithium-ion:

A long-term market mainstay, NiMH batteries carry the middle ground between the well-known lead-acid and the newer Lithium-ion. NiMH batteries hold a longer charge versus a lead-acid version but are heavier than the Lithium-ion variety. Ultimately, these work well as a practical, cost-conscience alternative to the pricey Lithium-ion.

The long-standing workhorse of rechargeable batteries, lead-acid batteries have yet to lose their place as the preferred starter for automobiles and the power source for golf carts. Though a bit cumbersome for widespread use, you’ll still find plenty of these weighty and very inexpensive batteries in larger scooters.

The newest battery technology for e-scooters is also the most expensive, but for very good reasons. The Lithium-ion tech is more powerful, holds a charge far longer than either the lead acid or NiMH, and do so in a much more lightweight package. More and more electric scooters are featuring these batteries and as the tech and production improve, so should the price. 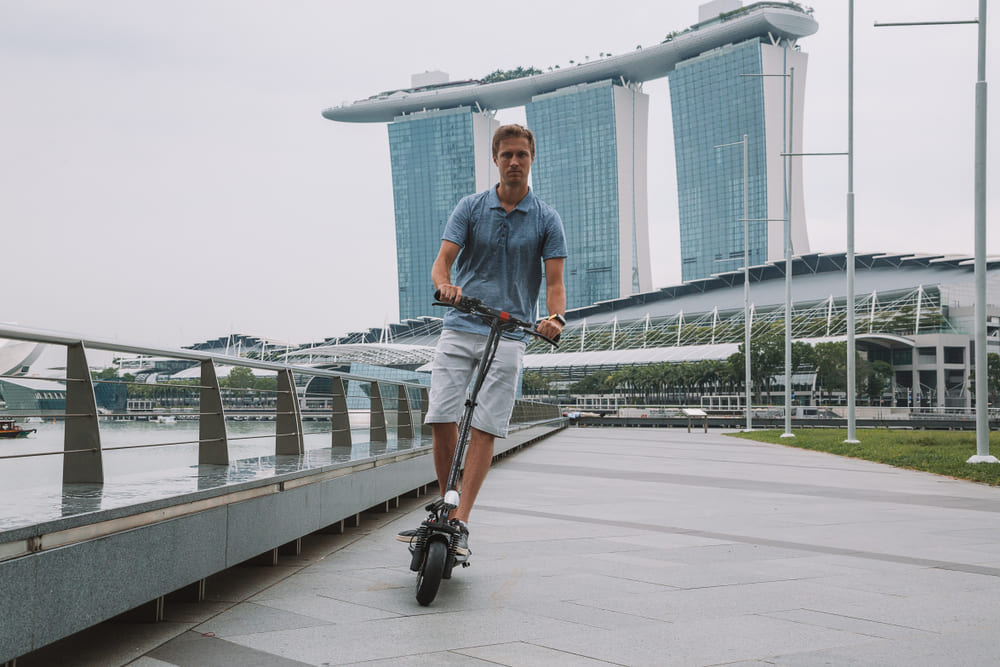 The allure of the e-scooter both as a toy and as a potential vehicle for commuting is the simplicity of the whole endeavor. The other facet of its practicality, especially for adult professionals is its limitations.

Due to the diminutive build of scooters, the size of the onboard battery is typically smaller than a cable box, which means the overall performance of the rideable has its limits. Nowhere is this impact felt more than by the capacity, range, and speed.

More so than most other electric rides, a scooters range and speed is dictated directly by the capacity it carries and the terrain it traverses. With few exceptions, most scooter manufacturers provide an ideal set of circumstances to reach optimal range and speed, usually defined as a 165 lb rider on a smooth flat surface.

Rideshare scooters max out at 15 mph. Though most e-scooters can top out at speeds close to 20 mph (with some newer models flirting with the 30- mph mark) rare is the time an adult rider can achieve this mark.

This works well for riding electric scooters in an urban environment since it lends itself to a more comfortable, confident rider. Plus, anything faster typically invites accident and potential injury.

As with most personal e-vehicles, such as hoverboards, self-balancing unicycles, and Segways, the individual riding the device most often determines just how safe it is. However, staying upright on a scooter is less fraught with danger versus those other options.

The primary safety issue with scooters is when you place them among large groups of pedestrians and cars, which is happening now in a number of major cities across the U.S.

This intermingling of people on foot and those scooting by at a top speed of 15 mph has created an uptick in accidents between the two, though reliable data does not yet exist on the exact numbers.

Beyond possible run-ins with non-riders, another primary safety concern revolves around the attire of the actual riders. Though every scooter manufacturer and ride-sharing company recommend the use of a helmet, and many cities dictate the wearing of headgear, very few e-scooter riders do so. 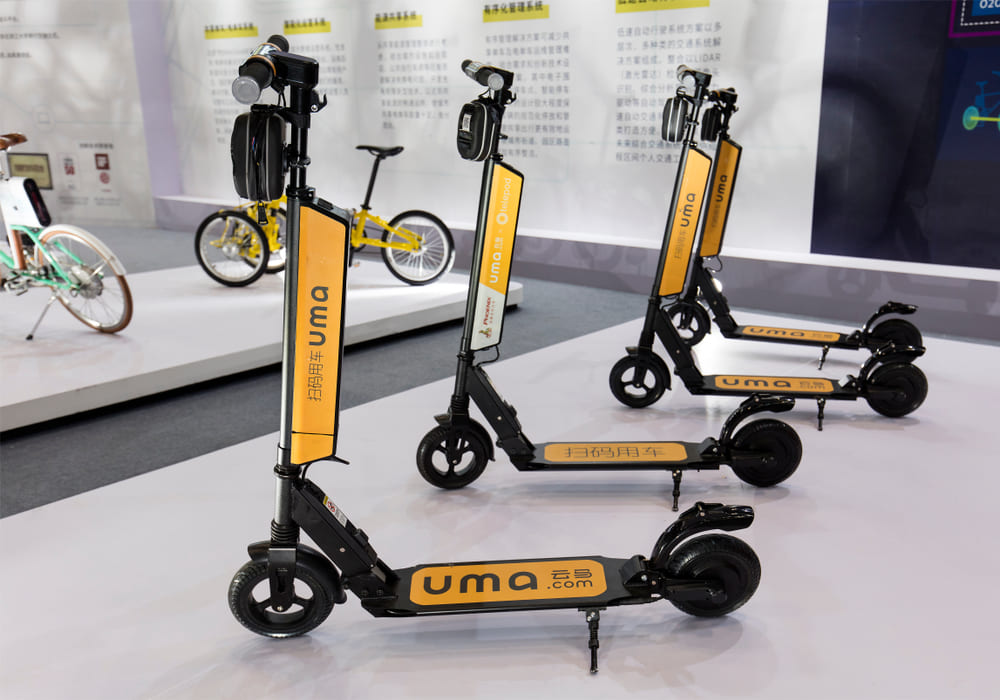 As we noted in the opening, several startups are beginning to flood major metropolitan areas with hundreds of rent by the minute scooters.

One of these groups, Bird, is helmed by Travis VanderZanden, a former executive at ride-sharing giants Lyft and Uber. Others in the marketplace include LimeBike, who also offers bikes for rent, and Spin, who has a similar business model with bikes and scooters.

The appeal of the scooter-sharing programs is the cost and convenience.

Powered by an app, after you enter basic info and agree to terms, you can unlock the scooter via a simple scan. The app can also guide you to the closest ride. Since they are dock-less, you can find one anywhere and leave one anywhere.

When it comes time to pay, depending on where you need to go, most rides will run you fewer than $5.

Bird, for example, charges a $1 unlocking fee and then 15 cents for each minute of use. For a fifteen minute trek, that will run you $3.25. Many rides are far less than that.

While it’s been a massive plus for those seeking alternatives to walking or riding mass transit, many cities have been less than receptive.

It doesn’t help that in several locales the scooter-share companies have unloaded hundreds of the devices throughout town with no permit and barely any notice. Several municipalities have responded with demands for the groups to remove the vehicles, or they would do it for them.

Another issue popping up involves either the lack of experience or lack of knowledge of the riders.

In the majority of cities across the U.S., e-scooters fall under the same ordinances that govern the use of bicycles. While most bike riders understand the basic tenets they are expected to follow, its uncertain how many scooter renters do.

For example, with very few exceptions, scooters must be ridden in bike lanes or city streets where the former doesn’t exist. Yet, numerous reports abound that plenty of e-scooters are traversing city sidewalks, instead of staying below the curb.

In addition, the use of a helmet is practically a universal requirement for any two-wheeled vehicle, whether it’s powered manually, electronically, or with gasoline.

Several companies have begun to offer helmets for a nominal fee to their regular, in-town adapters. Unfortunately, the “get it and go” nature of renting an e-scooter dictate that most users won’t have headgear handy when they are ready to ride. So many go without the proper protection.

As is the case for new technologies and new ways of addressing old problems, it’s a tricky balancing act for everyone involved.

To that point, we should note two major U.S. cities in New York and Boston have explicitly said no to the experiment, while Austin, TX has found some resolution, after hammering out regulatory requirements for the operators.

With both successes and failures, time will tell if the e-scooter providers and the cities in which they hope to operate can discover a happy medium. 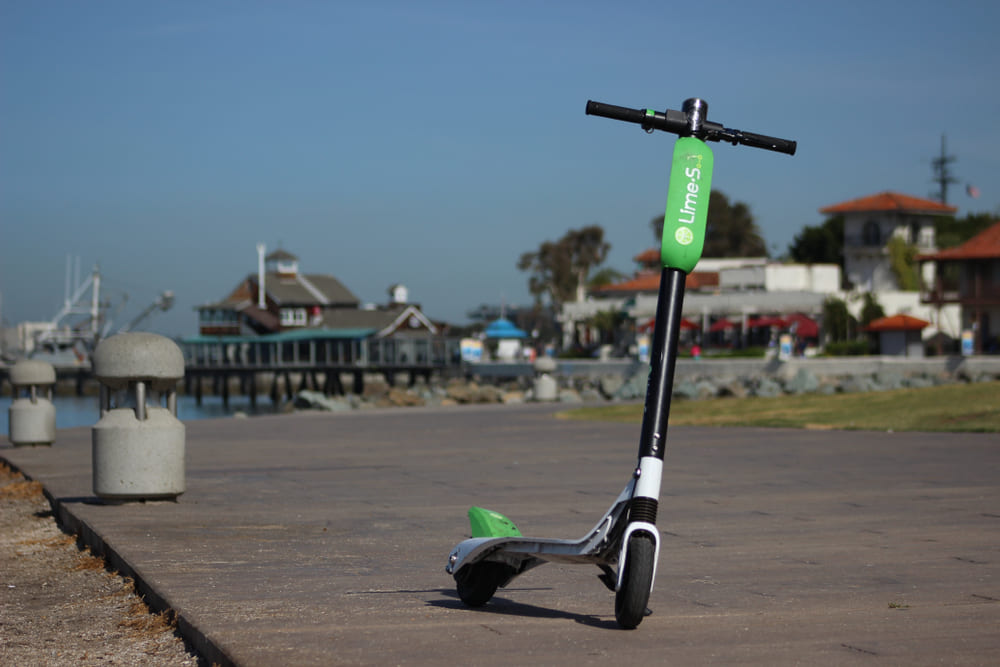 Few things in this world have ever made the jump from child’s toy to adult necessity. With people clamoring for travel alternatives and lukewarm response from local governments, it will be interesting to see if the scooter-sharing industry has the wheels to carry it beyond a millennial fad.

If nothing else, it’s a noble attempt to make un-walkable cities a bit more comfortable to navigate and to alleviate some of the stress and congestion of urban living.

Regardless of how that turns out though, a weekend scoot around the neighborhood with the breeze in your hair and a pair of battery-powered wheels at your feet will never go out of style.