Are Practical Quantum Computers Coming in 2021?

Bad news. Our computers may be stealing all our power.

As technology continues to expand and computers (in all their forms – mobile phones, laptops) continue to be the predominant method of communication, there will come a time when the power consumption of computers will outstrip the resources of power available on the planet.

This is a serious dilemma for all industries and populations around the world.

In answer to the problem, the computer industry believes the solution lies in the use of quantum computers. Don’t worry – we’ll explain those momentarily.

However, current science suggests that the availability of quantum computers to the general public is decades in the future. The technology required for building and powering a quantum computer is so expensive, only large global corporations, governments, or large organizations with extensive financial reserves could possibly afford one at the present time.

So, where does that leave us?

What Are Quantum Computers? 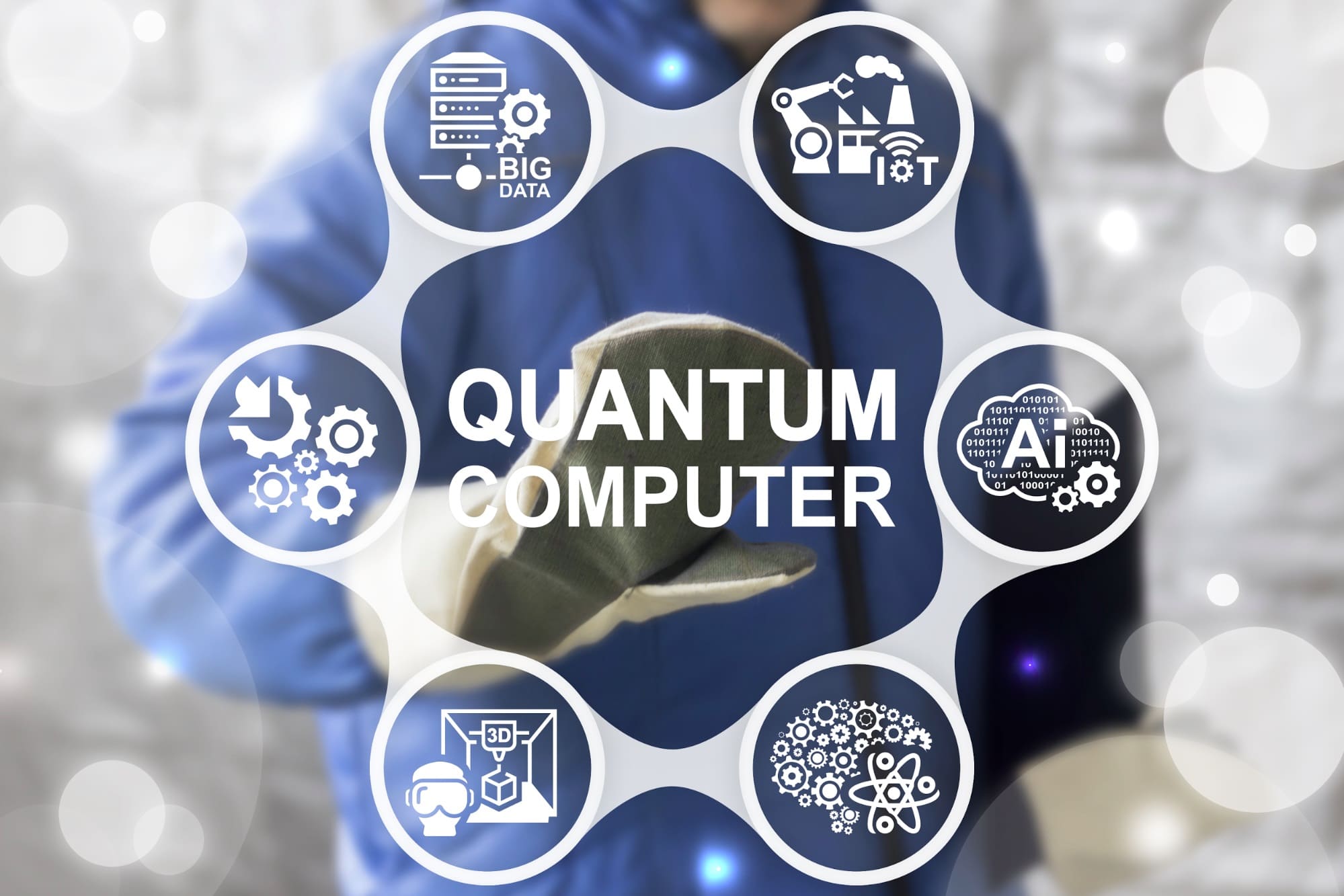 Quantum computing takes advantage of the strange ability of subatomic particles to exist in more than one state at any time. Due to the way the tiniest particles behave, quantum computing operations can be done much more quickly, and use less energy, than classical computers.

In classical computing, a bit is a single piece of information that can exist in two states – 1 or 0. Quantum computing uses quantum bits, or ‘qubits’, instead. These are quantum systems with two states. However, unlike a usual bit, they can store much more information than just 1 or 0, because they can exist in any superposition of these values.

“Traditionally qubits are treated as separated physical objects with two possible distinguishable states, 0 and 1,” Alexey Fedorov, physicist at the Moscow Institute of Physics and Technology, told WIRED. “The difference between classical bits and qubits is that we can also prepare qubits in a quantum superposition of 0 and 1 and create nontrivial correlated states of a number of qubits, so-called ‘entangled states’.”

Picture a qubit as an imaginary sphere. Classical bits can be in two states – at either of the two poles of the sphere; a qubit can exist at any point on the sphere. This means a computer using these bits can store far more information while using less energy than a traditional computer.

How Does A Quantum Computer Work? 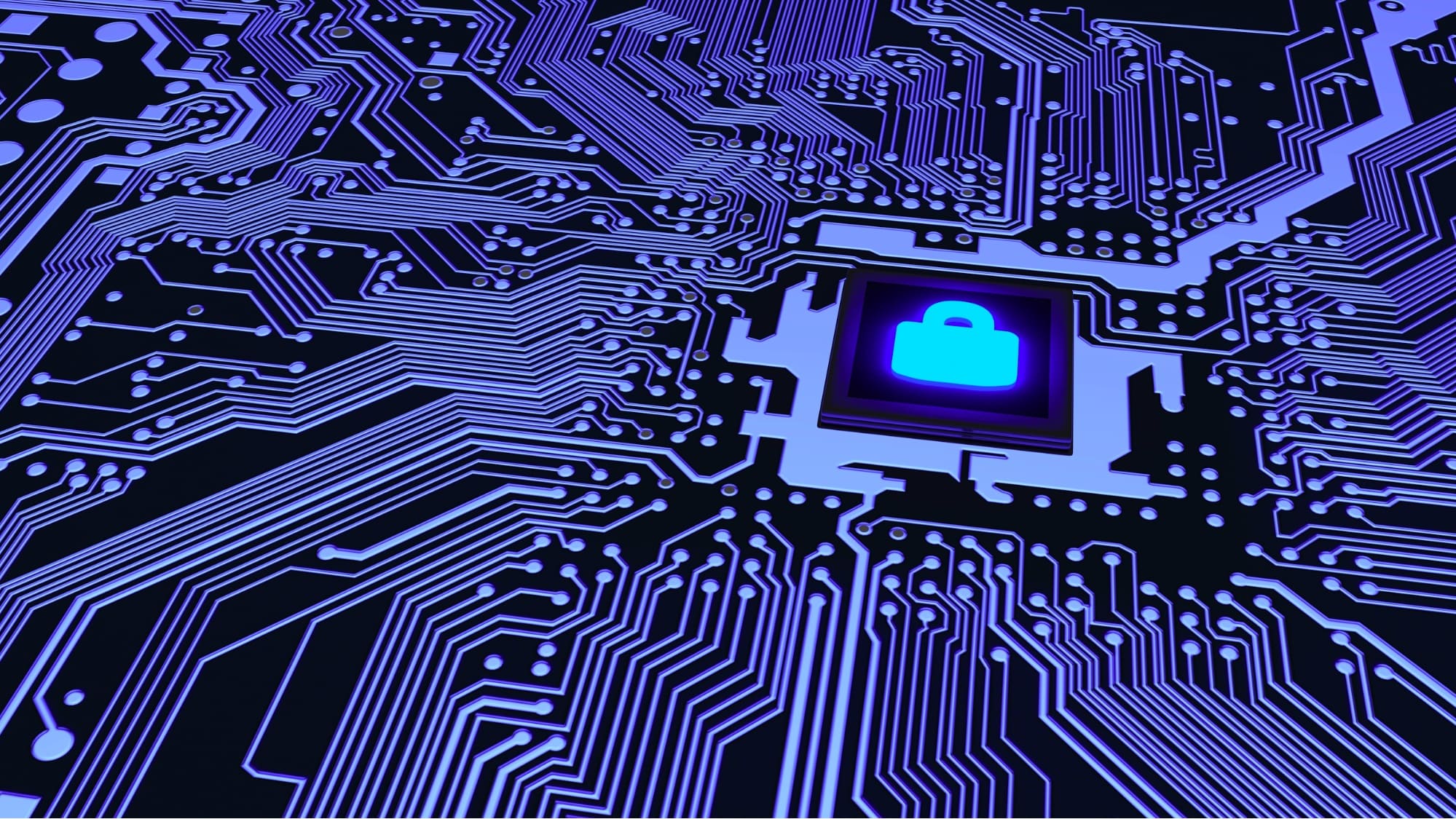 Since quantum computers aren’t limited to binary states (0 or 1), they encode information as quantum bits, or qubits, which can exist in superposition (when two waves or states meet and overlap or interact).

Qubits represent atoms, ions, photons, or electrons and their respective control devices that are working together to act as computer memory and processor at the same moment. Because a quantum computer can maintain multiple states simultaneously, it has the potential to be millions of times more powerful than current supercomputers.

Quantum computers will harness the power of these atoms and molecules (rather than silicon- based processor chips) to perform memory and processing tasks. Quantum computers have the potential to perform certain calculations significantly faster than any silicon-based computer.

One of the persistent obstacles in quantum computing has been the capability of computer chips. According to Furturism magazine, for a functioning quantum computer, one needs to pack these chips with millions of qubits — bits that operate off the same concept as the binary bits that run your computer by signaling either 0 or 1, except that a qubit can exist as 0, 1, or as both of these potential states at once.

So far, it has been difficult to pack more than a few dozen qubits onto a chip. However, there is a new design that aims to overcome the issues, incorporating traditional elements with novel design to accomplish what has not been accomplished before. However, it is still in the testing phase. 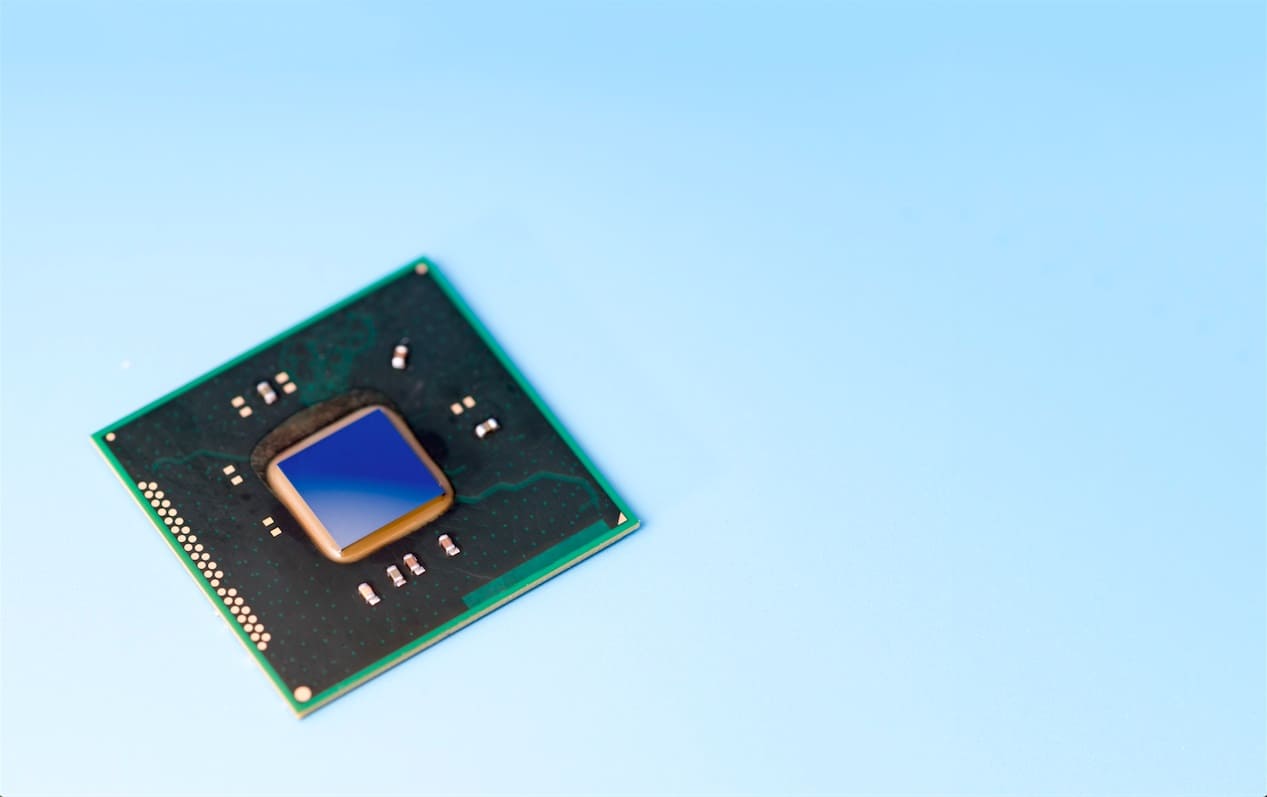 Researchers worldwide have been working tirelessly to integrate quantum interactions into working computer chips. After more than thirty years of research, science could be on the edge of making quantum computing possible. In the fall of 2017, engineers at the University of New South Wales (UNSW) announced they have used silicon to design quantum computer chips.

The new chip design, published in the journal Nature Communications, stunned the tech world with its unique architecture. This design uses semiconductor components, which are the basis for most modern chips (CMOS) to perform quantum calculations.

The design was created by Andrew Dzurak, director of the Australian National Fabrication Facility at the University of New South Wales (UNSW), and the paper’s lead author Dr. Menno Veldhorst, a research fellow at UNSW at the time the conceptual work was completed.

“We often think of landing on the Moon as humanity’s greatest technological marvel,” Dzurak said in a press release. “But creating a microprocessor chip with a billion operating devices integrated together to work like a symphony — that you can carry in your pocket! — is an astounding technical achievement, and one that’s revolutionized modern life.”

Although a fully functioning quantum computer is a longer-term goal, many fundamental and practical discoveries have been made in the name of quantum computing. Quantum sensors and actuators allow scientists to navigate the nano-scale world with extraordinary sensitivity and precision. Such tools are invaluable to the development of true quantum information processors. 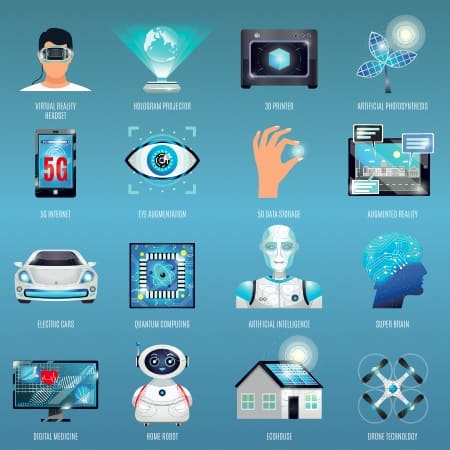 As early as 2014, scientists were predicting how quantum computers would change the tech landscape. The technology could mean radical changes for the following industries: 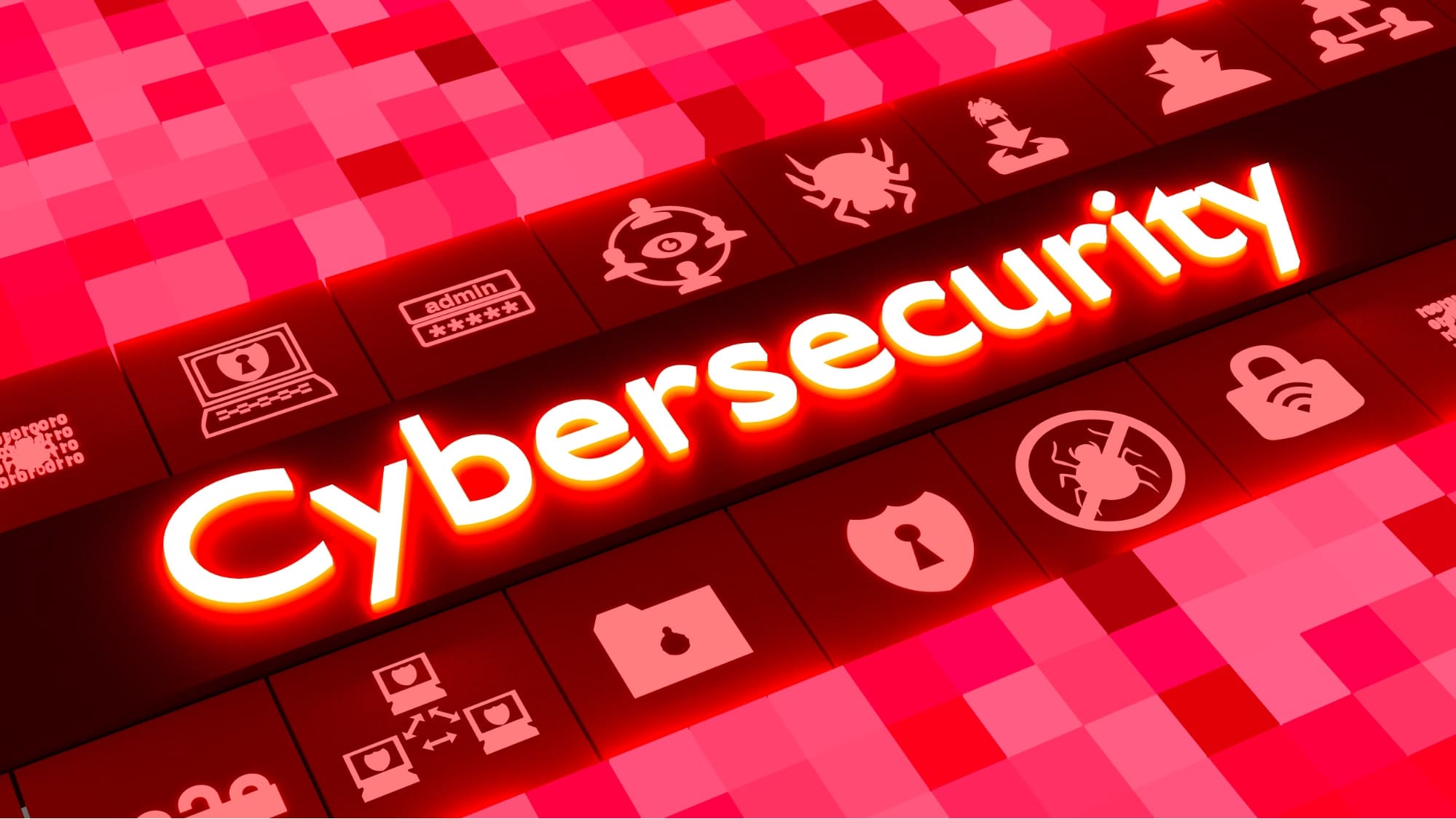 With all of these advantages, there also come some disadvantages. Quantum computers will have the ability to crack encryption codes in a fraction of the time a traditional computer system could, which could pose serious security problems.

Some would argue that there is a race to develop a quantum computer, able to work so fast that it can crack today’s un-crackable codes. While such a machine would be revolutionary, society’s massive e-commerce industry relies on encryption to protect confidential consumer information. It is used to authenticate customer identities and ensure the integrity of the data. A computer with the ability to break such codes would expose data on all consumers who use e-commerce.

While this aspect of traditional cryptography would be jeopardized by quantum computing, quantum mechanics also allows for a new type of highly secure cryptography and delivery system: Quantum Key Distribution.

In years past, key codes were passed from hand to hand, a long, dangerous process. With QKD, the computers can safely encrypt their own code keys to allow electronic transmission to those who need the information.

The High Cost of Quantum Computers

The current production of quantum computers, by a company called D-Wave, is limited, as each working unit of the 1000Q model costs $10 million to complete. As of January 2017, the newest model, the 2000Q, is selling for $15 million.

With their largest qubit computing chip to date, D-Wave is improving on the original. However, the costs of the unit are more about the daily operation. “The actual chip itself is roughly the size of a thumbnail, with most of the massive 700 ft3 structure taken up by cryogenic refrigerators and shielding to create the proper environment for the quantum computer to function properly and without outside interference. Specifically, the chip itself is kept at a frigid 15 millikelvins, or -459.6 degrees Fahrenheit through use of a liquid helium cooling system.”

Last year, a team of Google and Nasa scientists proved that a D-Wave quantum computer was 100 million times faster than a traditional computer. Obviously, there are certain industries and interests that would have the capability of paying for a 2000Q model, and those who can would be the pioneers in applying quantum computing to specific tasks. 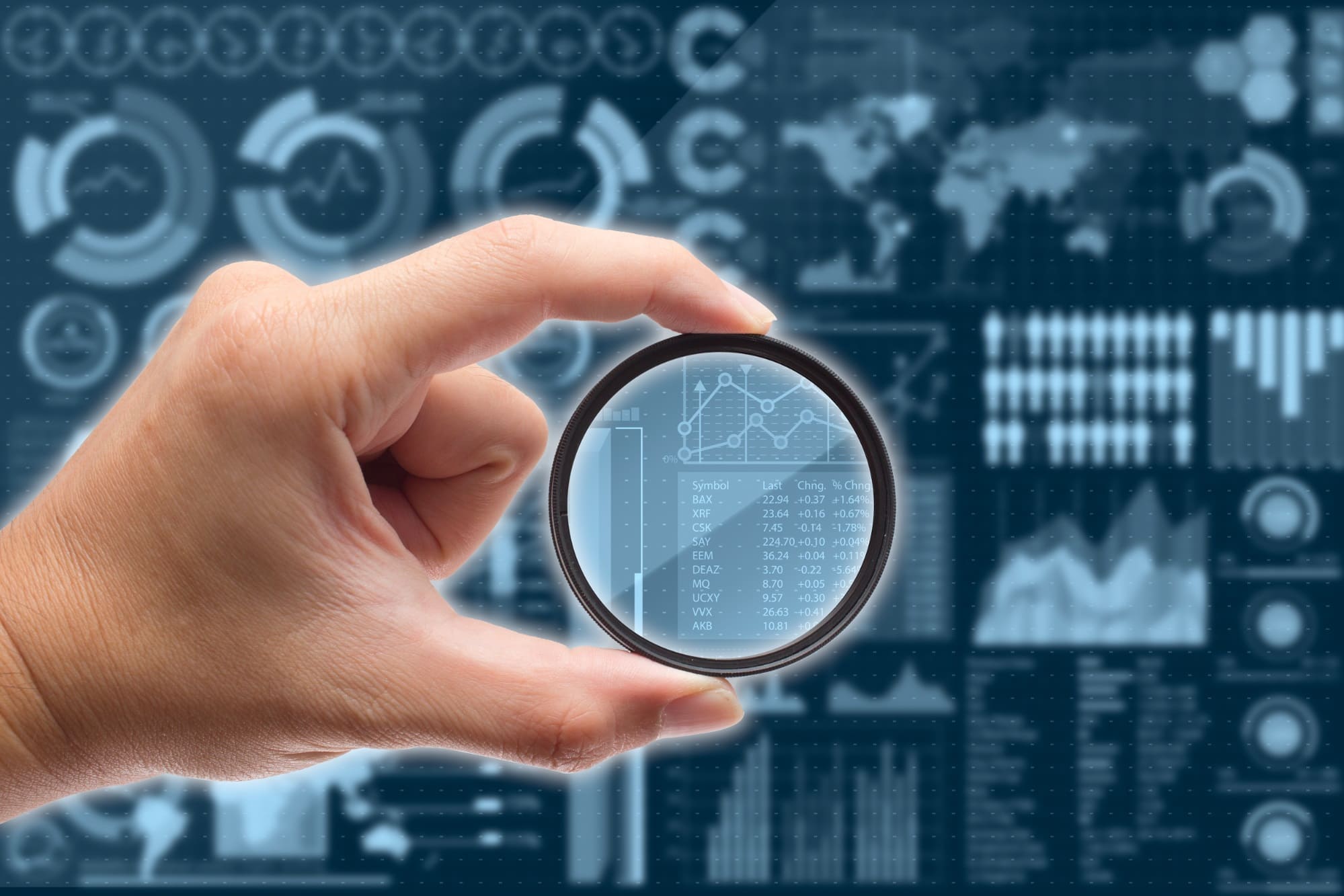 While the promise of better medicine, better machine capabilities, and better economic growth are certainly things we should not be pushing aside, the mechanics of quantum computing are still very much in their infancy. Just as IBM’s first computer filled an entire room, the daily operation of the quantum computer also requires the space equivalent to an entire room.

It can be safely assumed that the first generation of quantum computers will eventually lead to the benefits we hope to see. However, it will likely take years for quantum computing to become commonplace in society.